With the next generation of consoles comes the next generation of video game controllers. And while the vast number of polygons that can be rendered often takes center stage when a new system is introduced, the real-world tools we use to interact with our games matter just as much. It took a whole lot of trial and error to get from single-button interfaces to the complex innovations that make up the PlayStation 5’s DualSense and the Xbox Series X controller. So here’s a brief history of the video game controllers that brought us to this point in gaming. 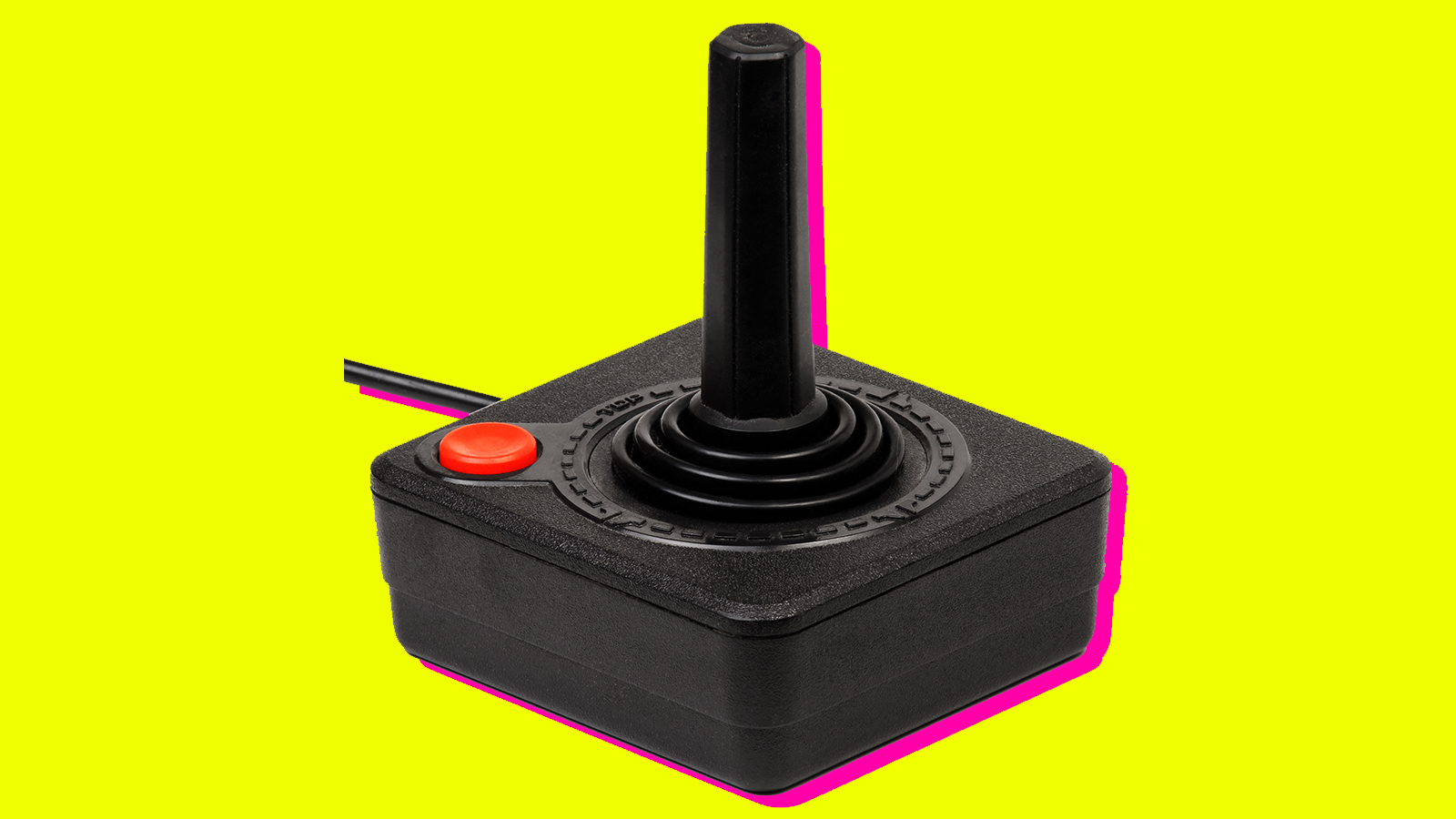 While not the first console or controller, Atari laid the groundwork for all successful controllers that came after with the Atari 2600. This simple design mimicked arcade cabinets of the era with its four-directional joystick and only one button, and that little black stick established the directional standards we use in all consoles. And if using a directional joystick sounds like the obvious play, it wasn’t. Case in point… 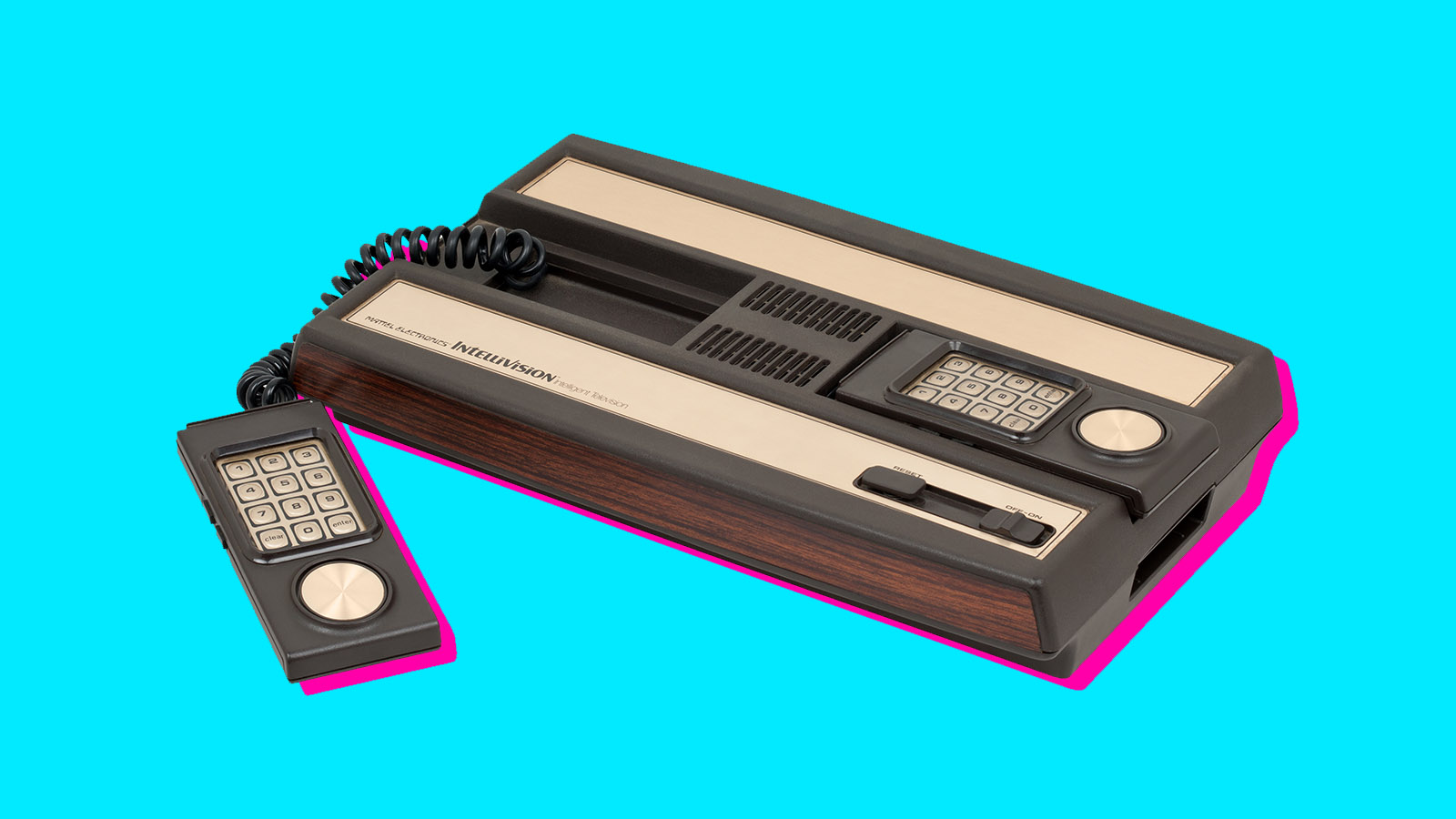 The late ’70s and early ’80s were the Wild West for video game consoles. No one really knew how you should interface with these new machines. How do you simplify hardware for new audiences while allowing input for complex actions? One route was number pads. If the Atari joystick was Steve Jobs, the Intellivision was Steve Wozniak.

Its number pad and rotating dial allowed for complex actions far beyond that of the Atari joystick, but at the cost of form factor. The number pad design would linger for years and appear on the ColecoVision and even the Atari 5200 until Nintendo launched their home console. By the way, there’s a new version of the Intellivision coming out. 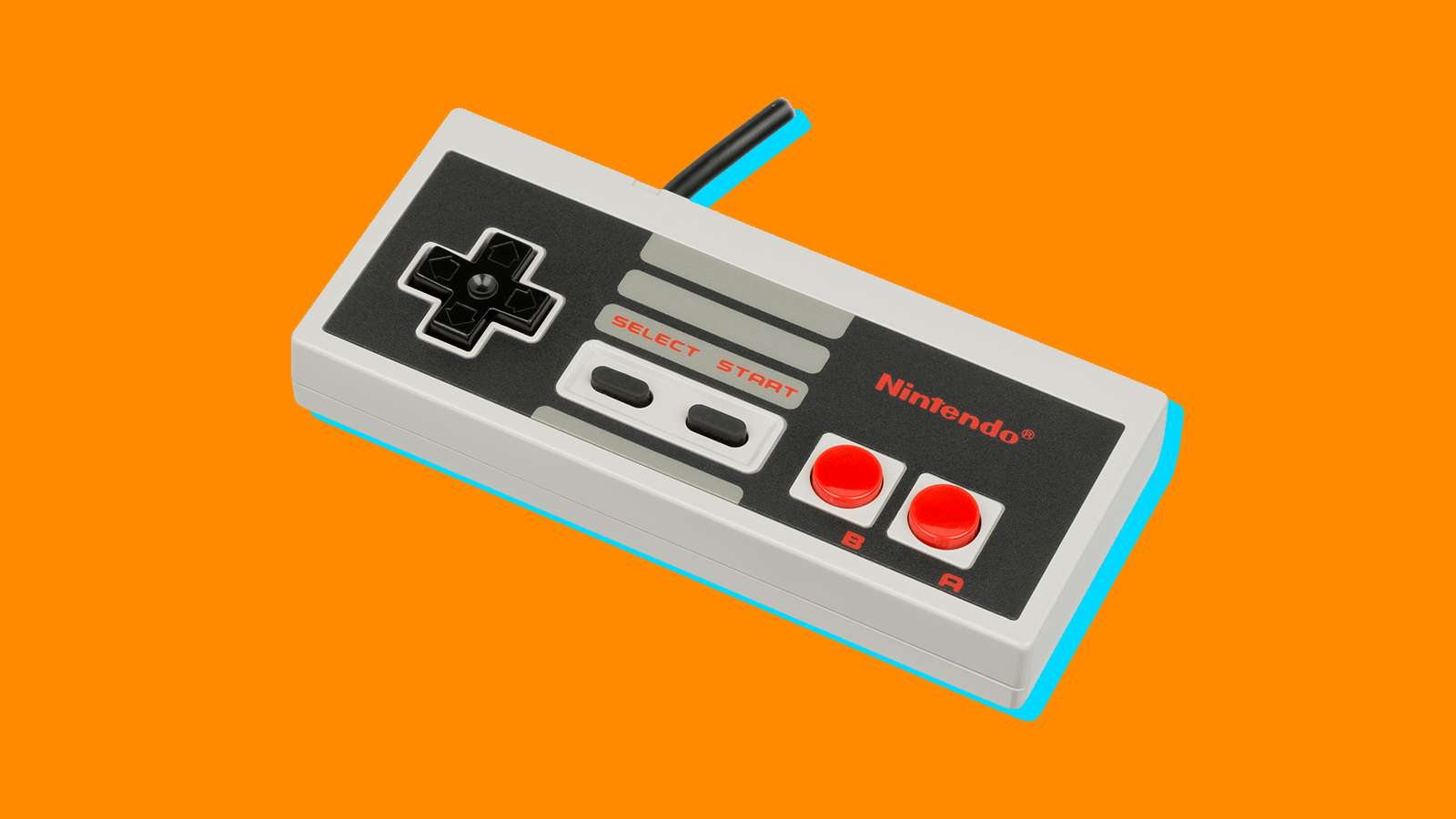 Pure joy in a rectangle. Nintendo recognized the need for more complex inputs while still presenting a friendly piece of hardware. The result was a classic design whose influence can still be seen today. The controller housed a centered start and select with A and B buttons on the right and a directional pad on the left.

Though the D-pad’s design looked at first like a four-directional interface, players quickly realized that diagonal movement was possible by pressing two adjacent directions at once. The Sega Master System would go on to make a similar square D-pad with hash marks so diagonal movement would be clear. 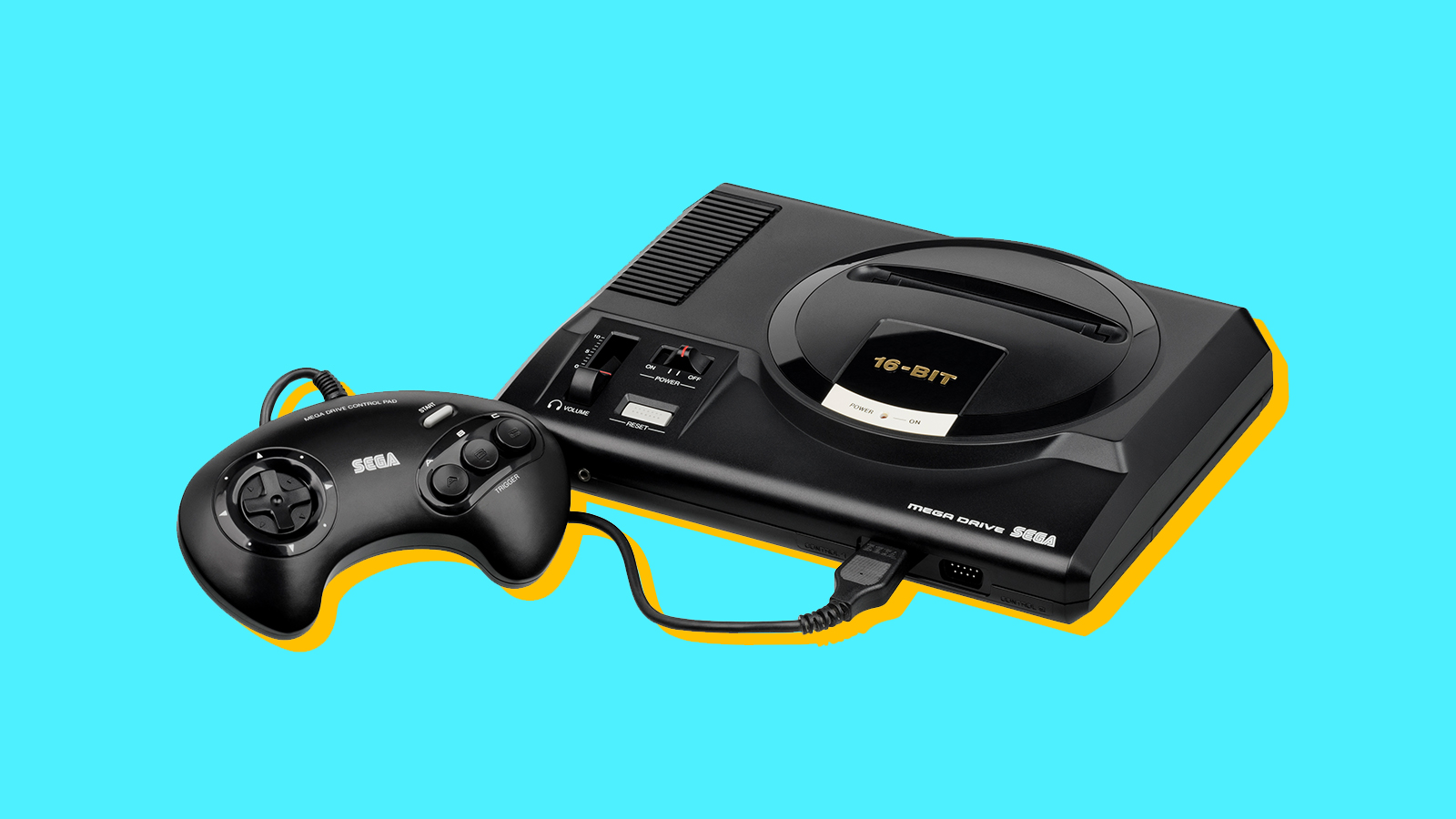 So we’ve established what a successful video game controller looks like, but how does it feel? Around this time, video game cartridges were implementing battery-powered save features, allowing for longer games played over a longer period of time. With longer playtimes came a need for comfortable controllers, and Sega delivered. Though the original Sega Genesis offered no additional inputs over the NES controller, it did address ergonomics with its rounded grips and overall smooth design. Later, a six-button version was introduced for the Genesis. 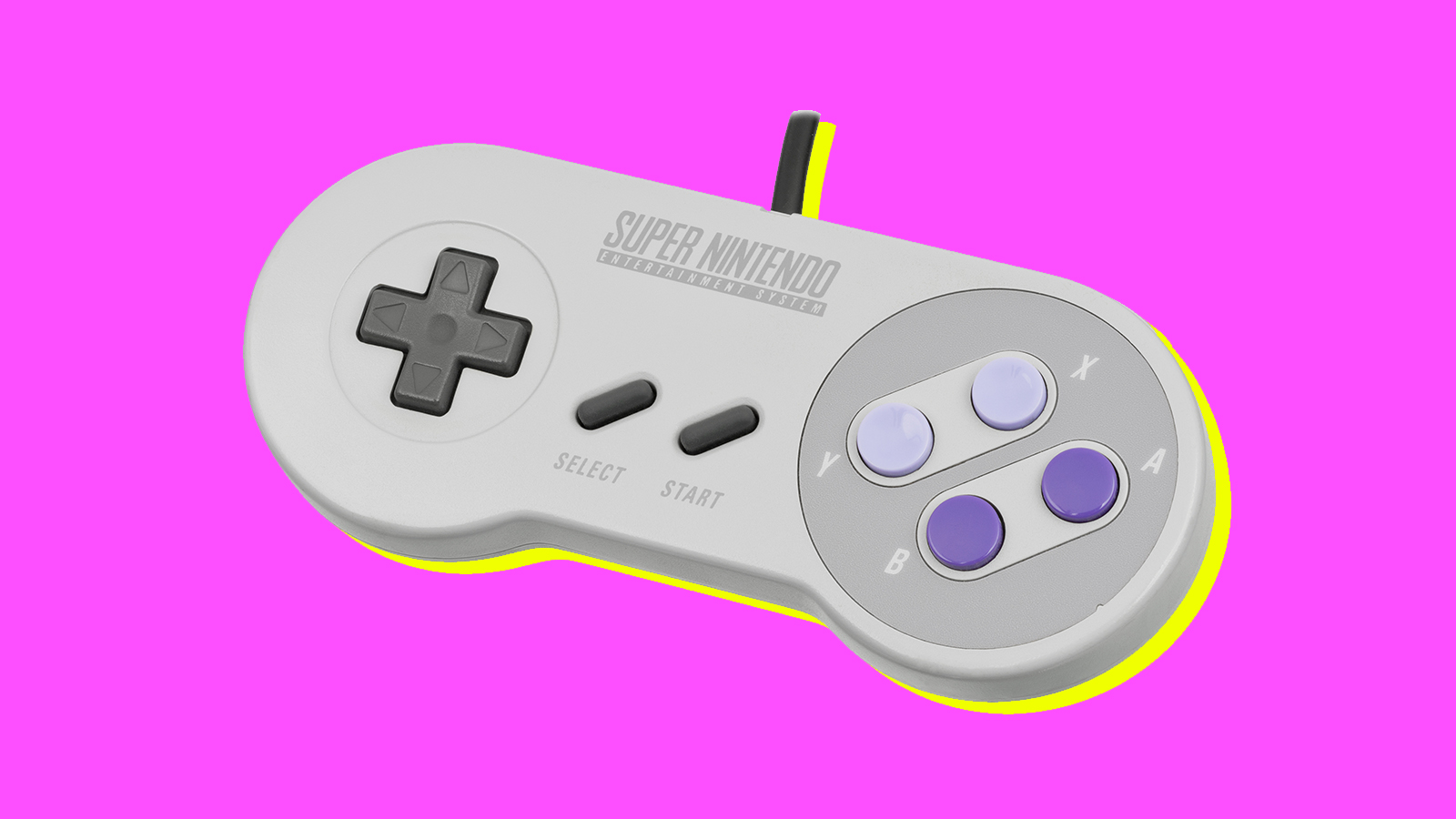 Nintendo took the shape of their successful NES controller and softened it. The edges rounded into actual grips instead of sharp corners, but it still maintained the NES’s flat design. But the Super Nintendo controller really left its mark is by introducing shoulder buttons. Actions like aiming in Super Metroid and chaining combos in Street Fighter 2 became possible, while other games utilized these buttons for camera control or banking left and right. 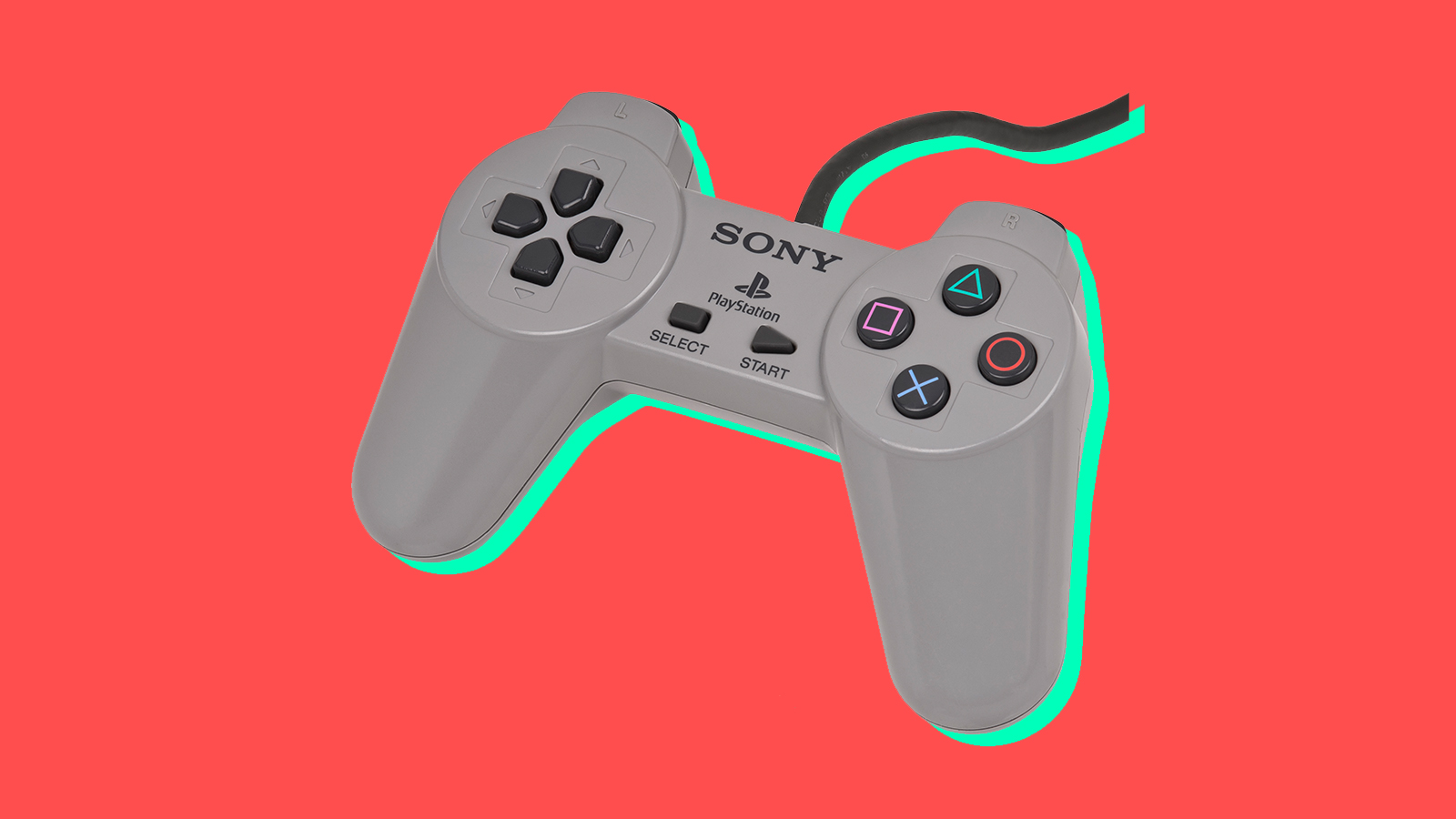 The first PlayStation controller took what was working and made it their own. The standard inputs were all there like a D-pad and right side buttons, but with an additional second row of shoulder buttons for greater functionality. More importantly, the PlayStation controller was a major step forward in style.

The gamepad’s elongated grips formed the iconic shape of all future PlayStation controllers, and four new symbols replaced the lettered buttons of the past. The blue cross and red circle represented yes and no, the green triangle represented a point of view, and the pink square symbolized a sheet of paper for menus. 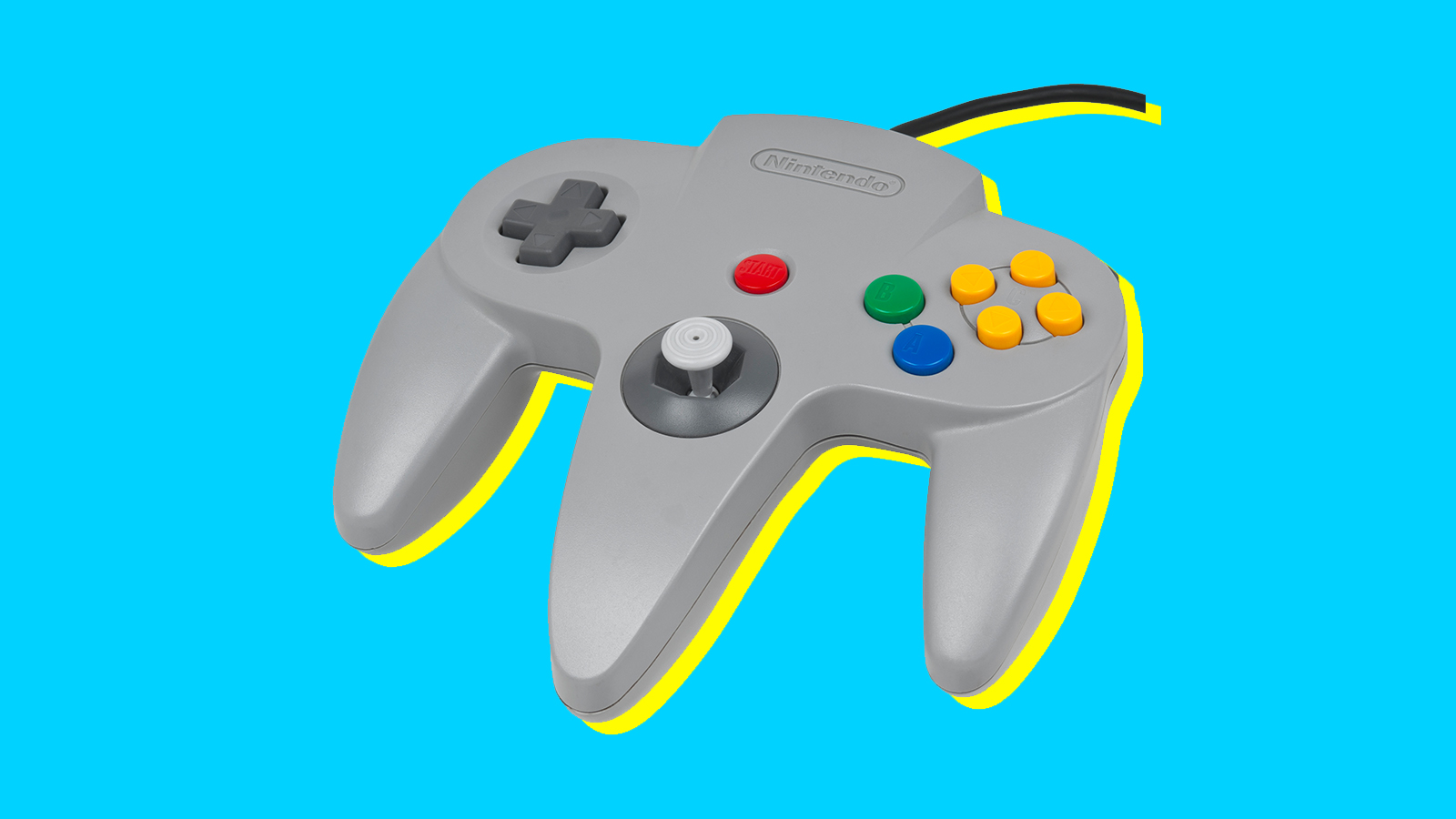 Either this is your favorite controller or you think it was designed by an alien who didn’t understand human anatomy. The N64 featured similar grips to the PlayStation gamepad, but with a third middle grip for its new miniature joystick and back trigger. This joystick made navigating 3D games like GoldenEye and Super Mario 64 smooth as butter. Plus, the optional Rumble Pak made for a unique handheld experience. Though the N64 popularized the thumb-sized joystick, this was actually first seen in the short-lived Neo Geo CD in 1994. 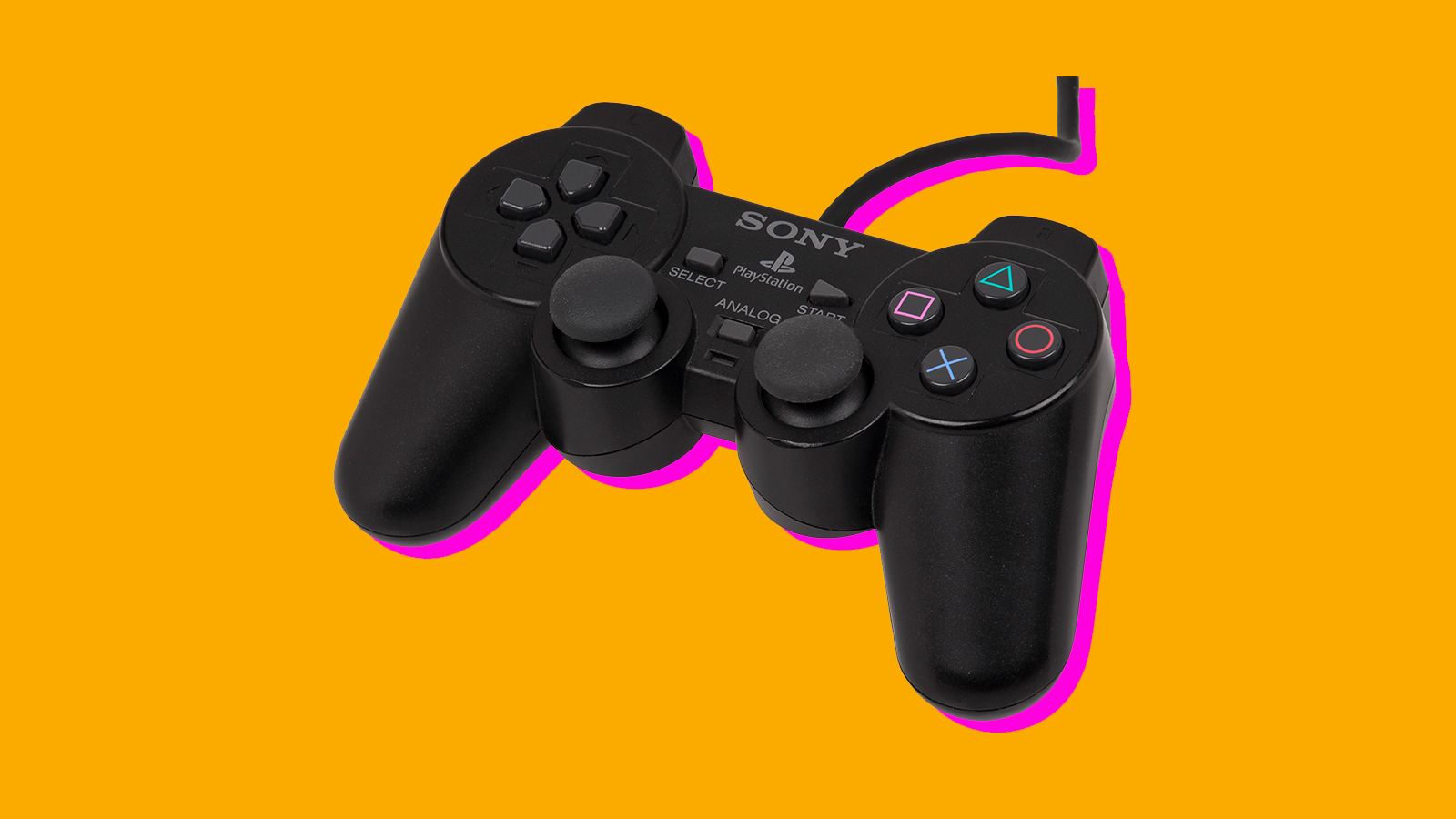 This is where the modern controller began. PlayStation cracked the code of fluid motion with its dual joysticks and combined that with everything that came before. The “shock” in DualShock came from its integrated dual-motor rumble functionality, which outshined the N64 Rumble Pak with more motors, placement inside the grips, and no need for a battery. The result is what many consider to be the greatest controller of all time.

It was exactly what a controller should be: an advanced piece of hardware that worked so seamlessly that you practically forgot about it. From there, the DualShock 2 added pressure-sensitive buttons, allowing for more realistic control in racing games. Then the DualShock 3, or Sixaxis controller, added motion control and wireless connection. 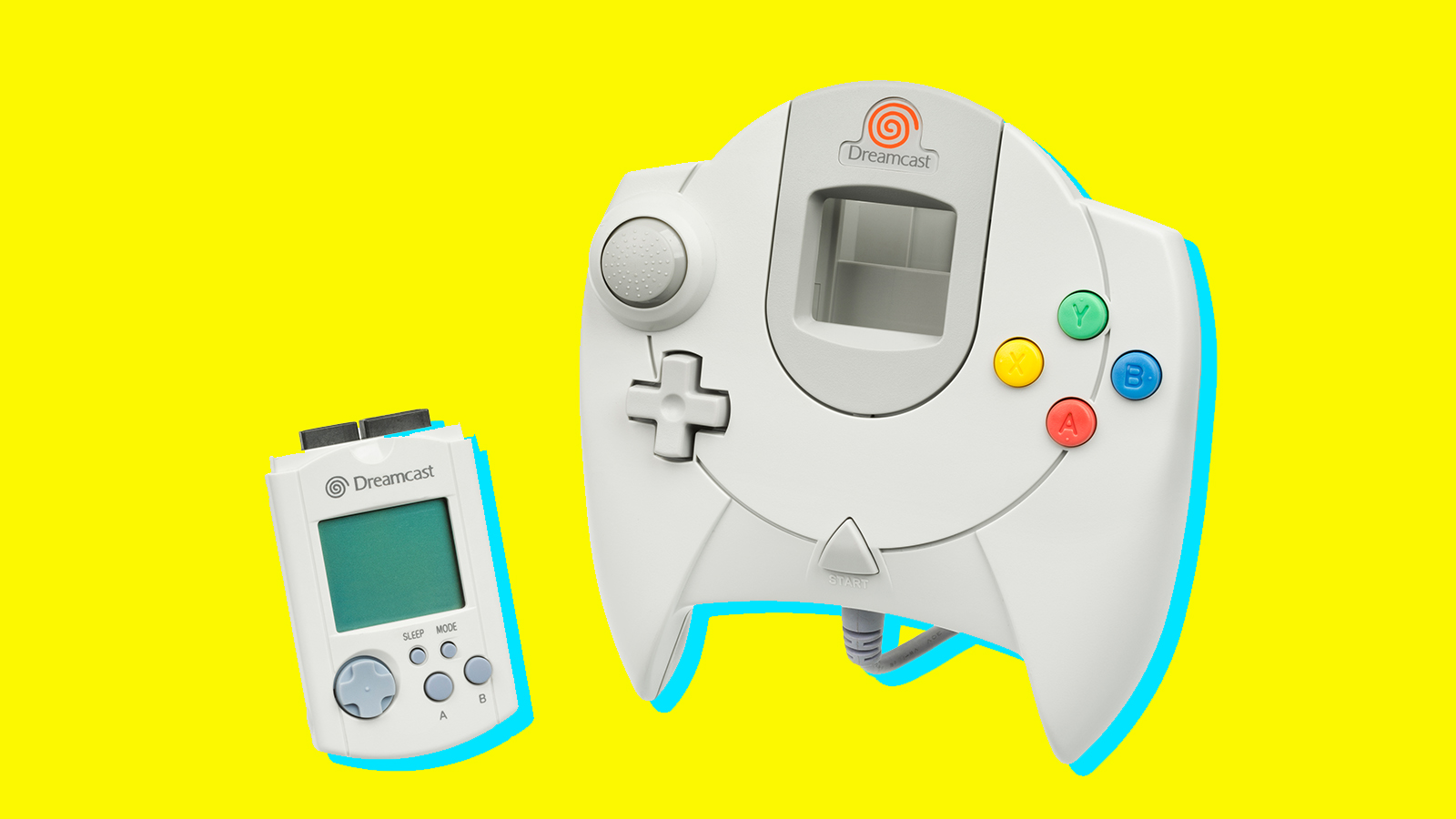 Sega’s time as a console maker may have come to a close with the Dreamcast, but they left us with a truly unique controller. The Sega Dreamcast controller was a spaceship with dual triggers, an offset joystick, and the coolest memory card of all time.

The Dreamcast’s VMU (Visual Memory Unit) looked like a Tamagotchi but plugged into the controller to save files and act as a second screen. In games like Resident Evil: Code Veronica, the VMU would actually display your current health; in D2, it would act as a compass. The VMU could even be coupled with another VMU to trade save files and play minigames. 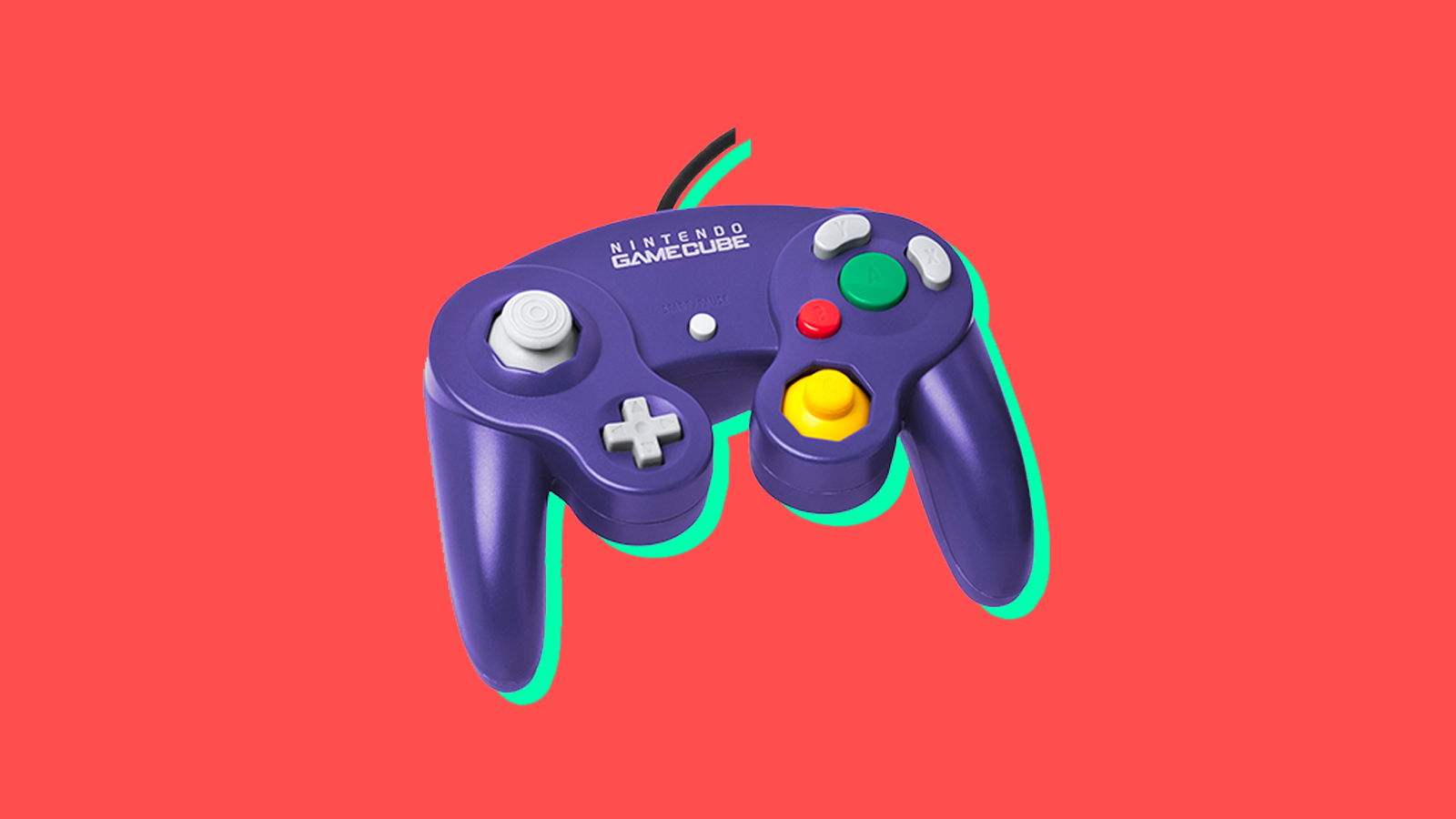 The GameCube controller was like the goofy younger brother of the DualShock. Both featured two joysticks, dual shoulder buttons, and long grips. But there’s something about the GameCube that embodied the friendliness of Nintendo beautifully. Instead of a grey piece of plastic, you got an indigo accessory with a yellow offset joystick and button layout that looked almost like a face.

It was adorable, comfortable, and the gold standard for any Smash Bros fan. There was even a Wavebird model that introduced wireless play through radio signals and didn’t require line of sight. Going off looks alone, the GameCube and Dreamcast controllers would probably get along at a party. 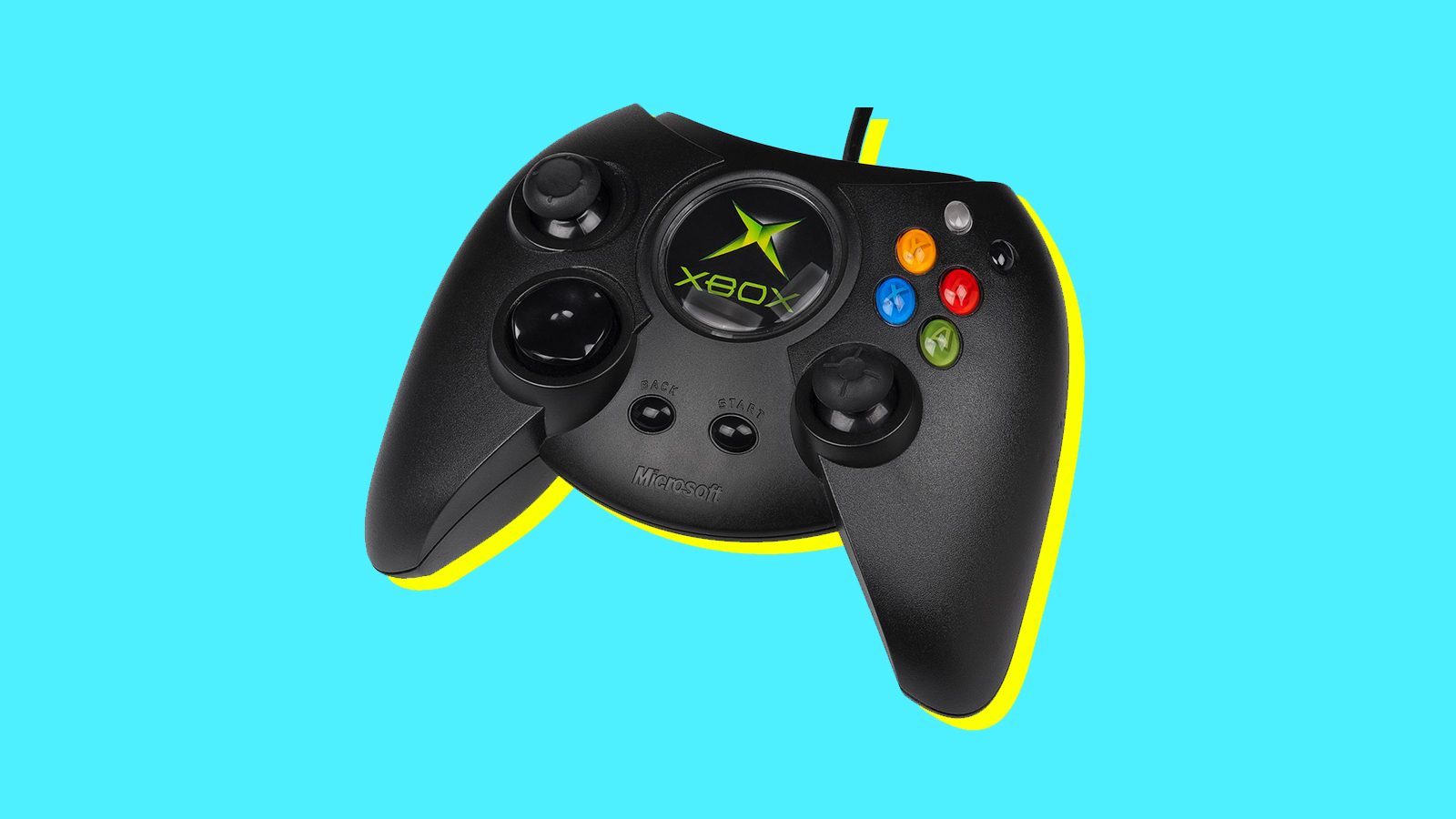 While the original Xbox controller was one of the most comfortable controllers, it was also one of the biggest. It looked like you filled up a GameCube controller with Monster Energy Drink. The bulky North America model seen above was quickly replaced by the slimmed-down Japanese version “S.”

Like the Dreamcast and GameCube controllers, the offset joysticks presented an alternative grip to the PlayStation’s DualShock series, and it continues to be the defining characteristic between the two console makers today. Though this model was still wired, the Xbox 360’s controller would go on to be the first Bluetooth controller, setting the standard for modern wireless controllers. 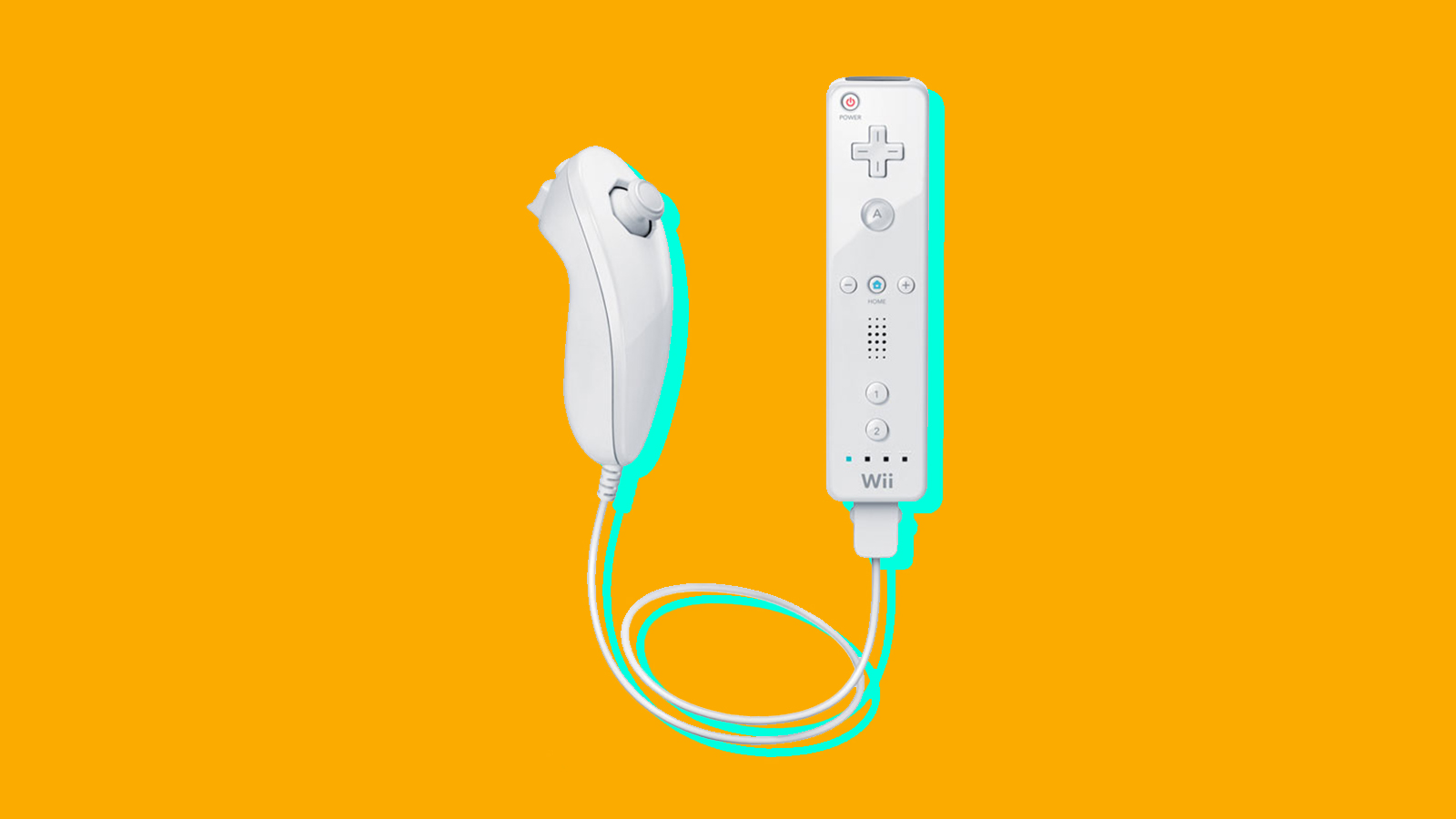 The controller that broke thousands of TVs. This two-part controller used an optical sensor to track movement so gamers could literally stretch their legs. Between the two parts were all the controls—joystick, trigger, D-pad, etc.—with the addition of a built-in speaker.

The Wiimote also housed an IR emitter that let you point at the screen with the controller instead of using the joystick to navigate menus. And if gaming in-motion wasn’t your style, you could turn the Wiimote to the side and use it as a classic Nintendo controller. Of course, then you’d miss out on the greatest multiplayer game of all time: Wii Sports. 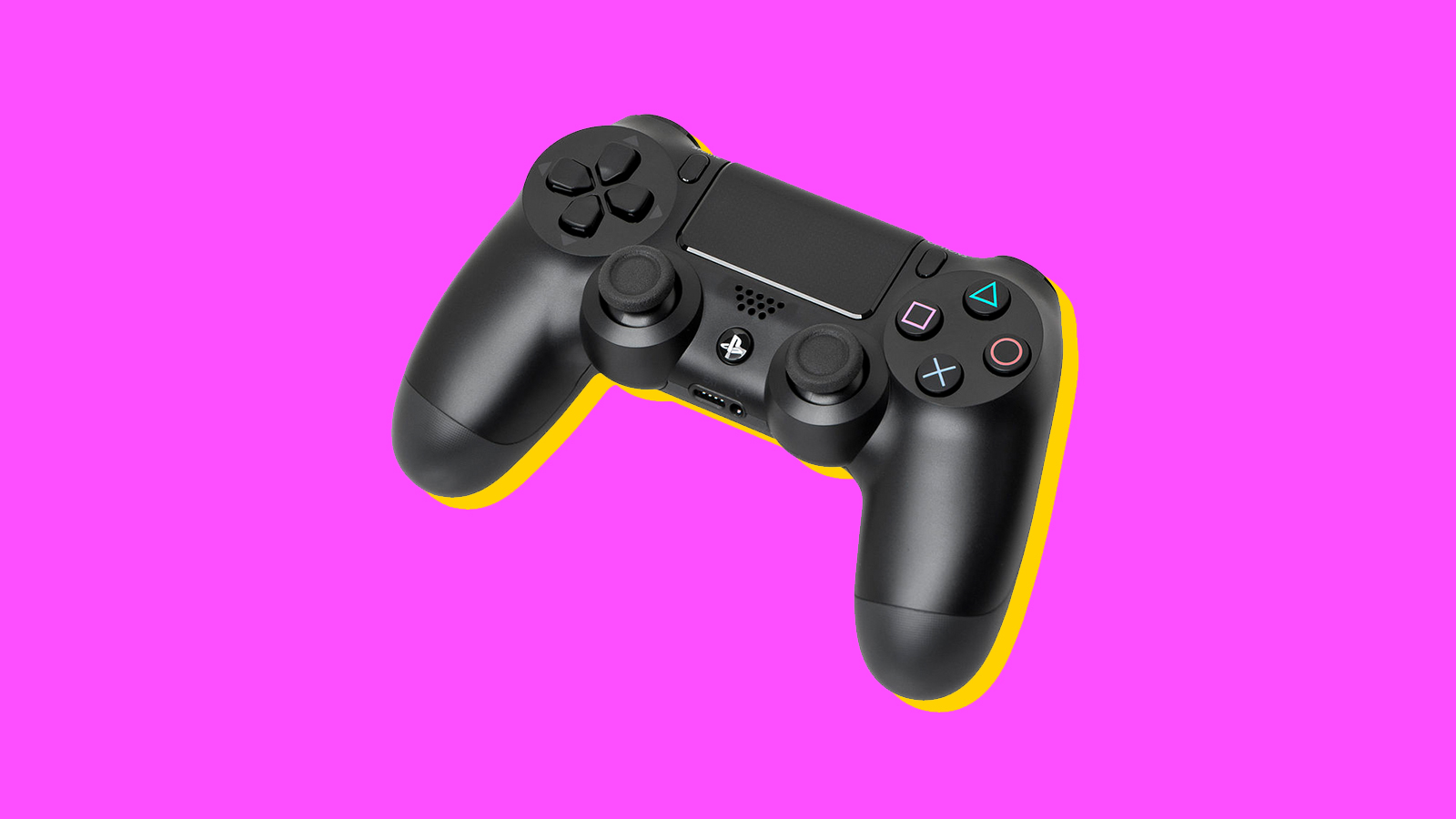 Sony’s DualShock 4 was a leap forward for PlayStation. The DualShock 4 added a light bar and touchpad to the center of the controller. What could this touchpad do? Well, game makers don’t really know, so the touchpad has been used as a large button in most games.

But while the touchpad remains underutilized, features like a headphone/microphone jack and share button have become standard, and the color bar enables controller tracking for PlayStation VR games. The DualShock 4 also ditched batteries in favor of an internal lithium battery, making it lighter (but requiring regular recharges). 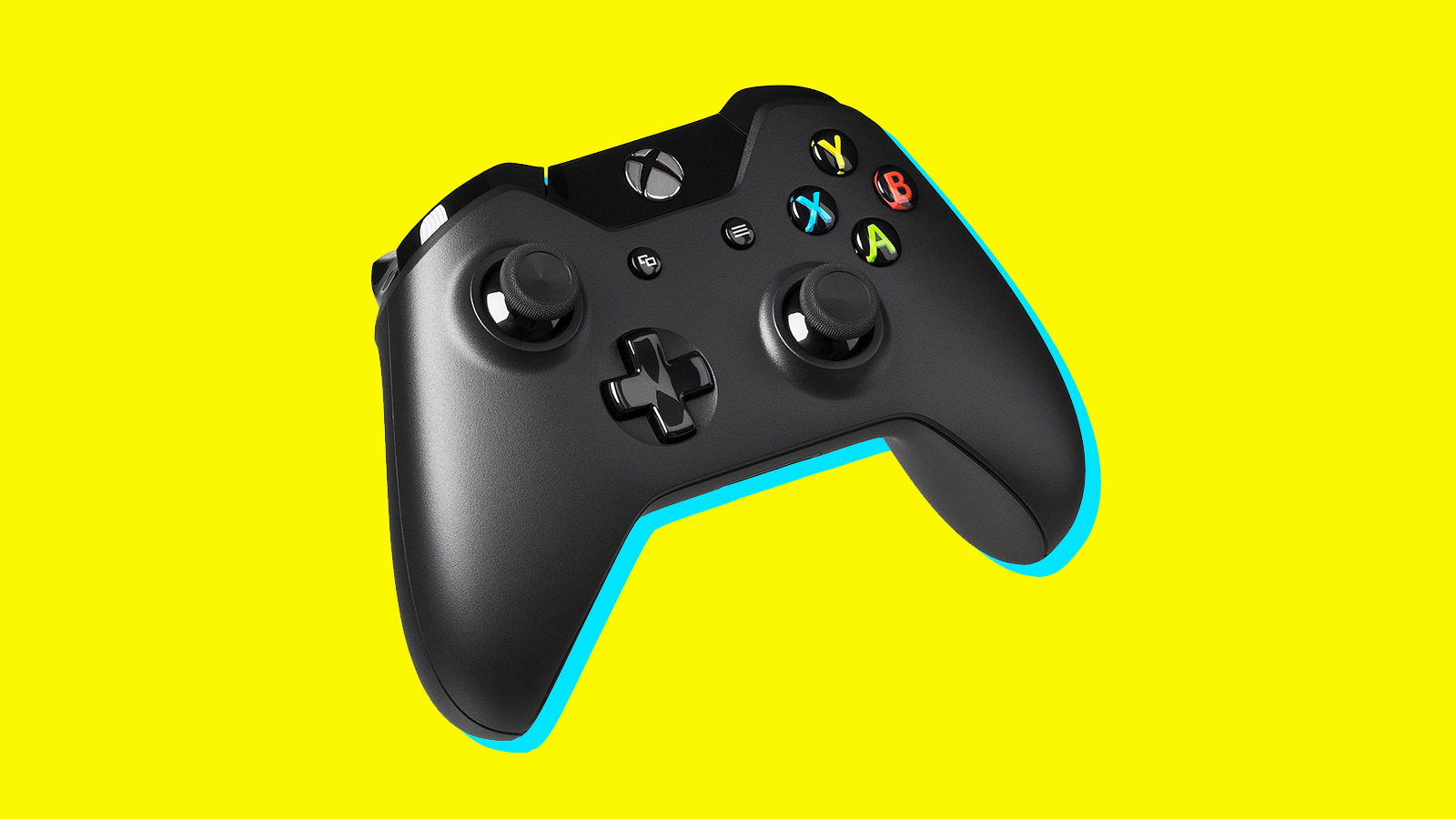 The Xbox controller perfected. This controller wasn’t all that dissimilar from a 360 controller (hence its omission) save for a body redesign to make it even more comfortable. We got the inclusion of a headphone/mic jack like the DualShock 4, but beyond that, it was just a really solid controller.

Unlike the DualShock 4, the Xbox One ran on batteries so gamers could choose whether or not to use rechargeable lithium. But even the extra weight couldn’t take away from this unparalleled controller. 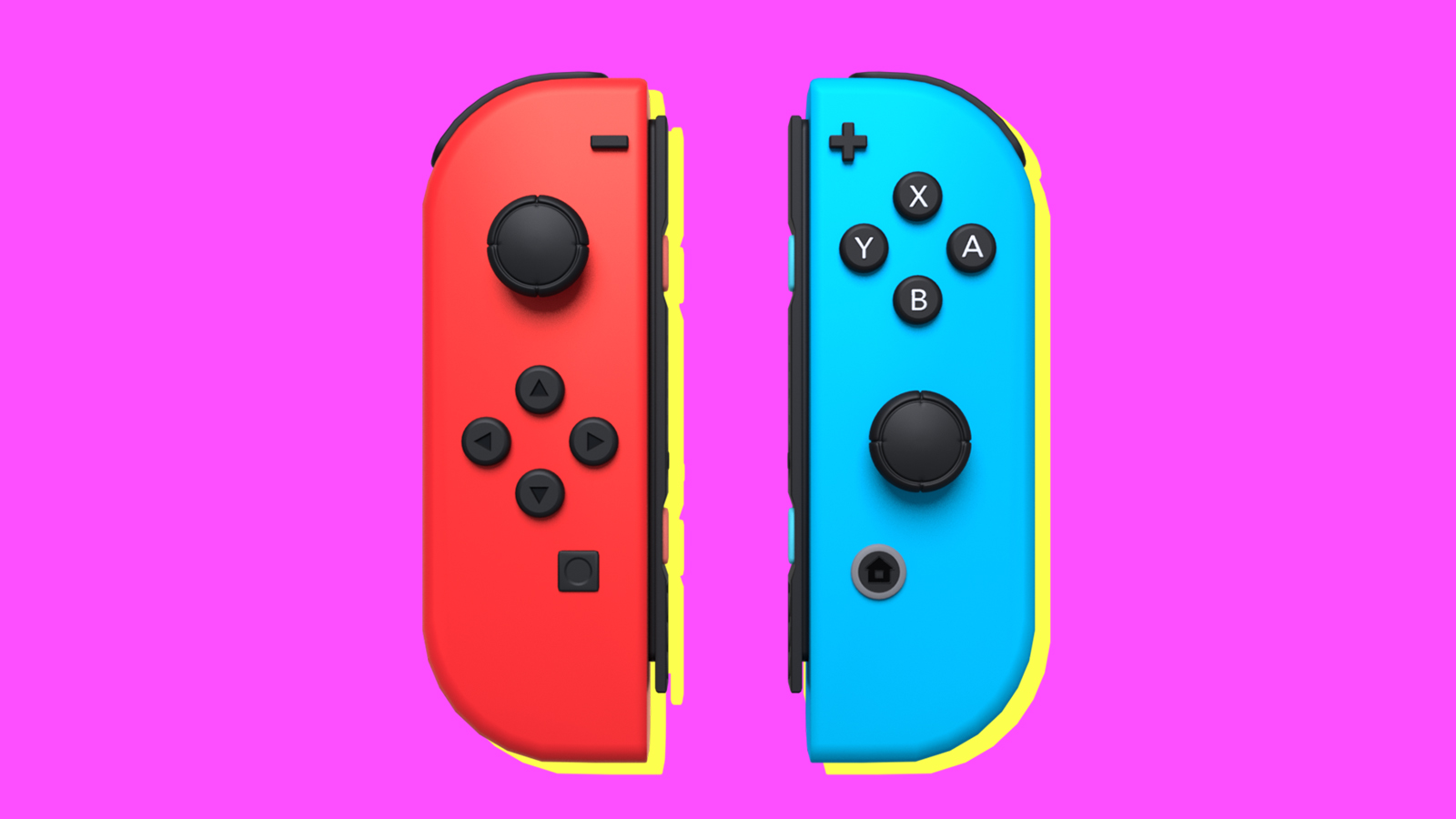 What if you could break the controls off your GameBoy and give half to your friend? Surely this was the actual pitch presented at Nintendo when proposing Joy-Cons. After the Wii U’s lukewarm reception in 2012, Nintendo set out to make a truly portable home console: something you could play with a friend right now, literally anywhere.

Thankfully, they got it right with the Switch. Thanks to Joy-Cons, you could bust out Mario Kart without having to lug around multiple controllers, then snap the whole thing into a dock for a home console experience. It’s the best of both worlds, even if Joy-Cons drift sometimes. 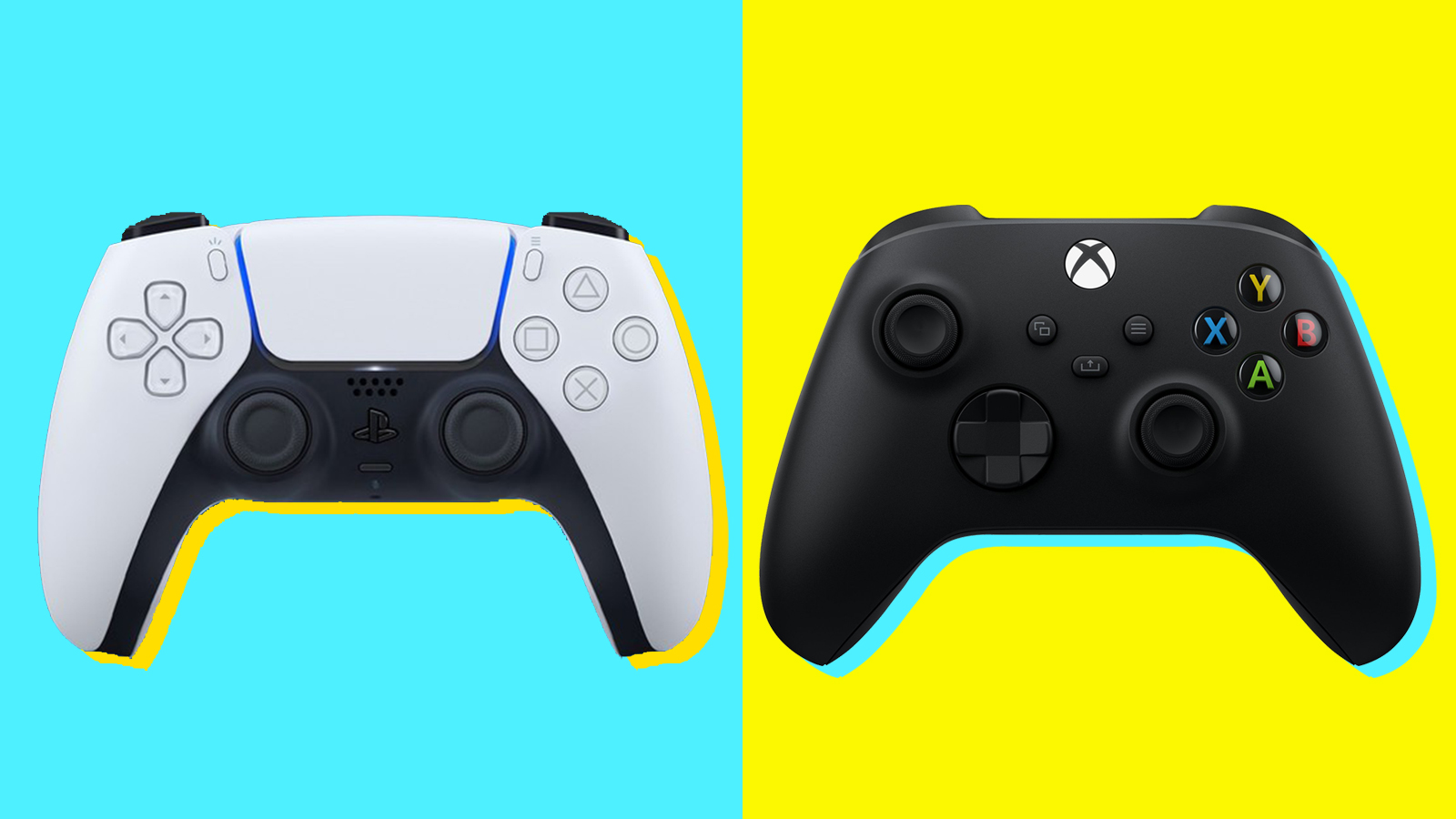 This year, Sony and Microsoft continue their tradition of excellence with a new generation of controllers. And while much is already known about these controllers, the adventures they’ll take us on are yet to be told.

So what’s your favorite controller of all time? Let us know in the comments, and check back for updates on these next-gen consoles.