Back in early April—which seems like several lifetimes ago for so many reasons—YouTuber and portable console builder, GmanModz, showed off a custom Nintendo 64 that looks like a jumbo Game Boy Advance. Now, another YouTuber and electronics guru is taking a turn at building a super-smol console. And this one consists of tiny arcade games stuffed into an NES controller.

Gizmodo picked up on the NES controller/arcade machine combo, which was created by YouTuber and electronics expert, Taylor Burley. In the description for his build video, Burley says he decided to make the miniature, bespoke gaming device after watching YouTuber and gaming prototype creator, Ben Heck, come up with some exciting creations based on Super Impulse’s  Tiny Arcade handhelds.

Super Impulse’s Tiny Arcade handhelds are, as their name implies, tiny handheld arcade machines that allow users to play classic arcade games like Frogger, Space Invaders, and Tetris. Super Impulse’s handheld arcade machines are each dedicated to a single game. But Burley figured out a way to allow his NES controller console to play four of them. (With a little soldering, Burley reconfigured a Tiny Arcade handheld’s motherboard, which is actually pre-installed with multiple titles in order to cut down on manufacturing costs.) 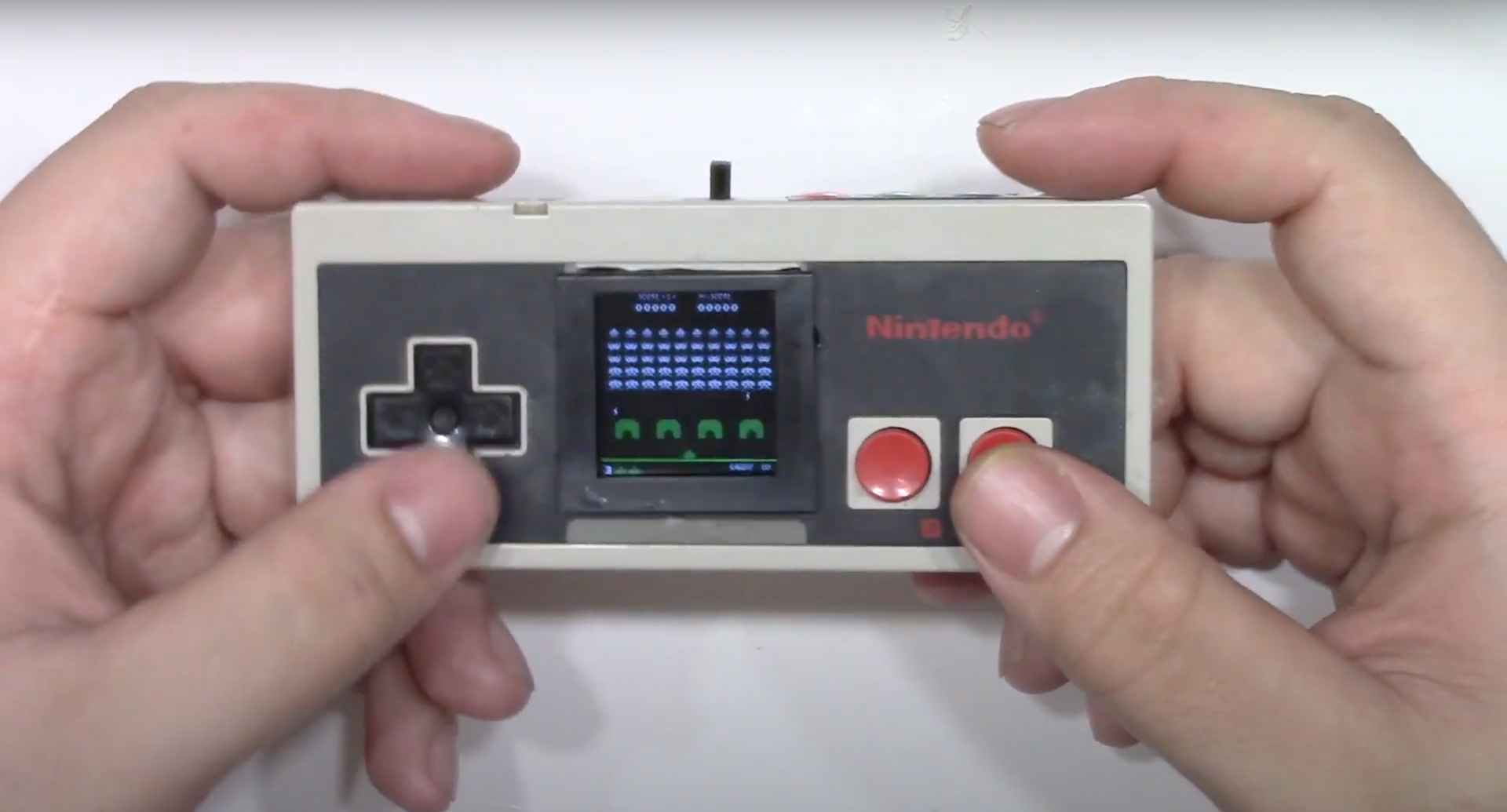 In Burley’s video showing off the build process, he says that his miniature NES arcade machine is capable of playing Pac-Man, Ms. Pac-Man, Space Invaders, and what appears to be Galaxian. And while the arcade-controller’s screen is obviously diminutive, and its finishing touches are quite rough, it’s still an appealing gaming device. Because who wouldn’t want to have four classic arcade games at their fingertips, all tinged with Nintendo nostalgia?

It's Pac-Man's 40th Anniversary and there is no better way to celebrate than with the Tabletop Arcade Pac-Man Edition! pic.twitter.com/jbC6A1ixMo

Unfortunately, Burley doesn’t seem to have any plans to make more of these miniature NES arcade machines. However, you may still have a chance to win this one if you comment on the device’s build video. Or, if you’re really set on playing a squint-inducing version of Dig Dug or Pole Position, you can find Super Impulse’s Tiny Arcade handhelds here.

What do you think about this NES controller jammed full of classic arcade games? Would you buy this gaming device if it were a retail product, or would you prefer it be loaded with actual NES titles? Let us know your thoughts in the comments!