A Trio of RESIDENT EVIL Games Are Coming to Nintendo Switch

“What’re ya buyin’?” asked the wretched man clad in a body-length black cloak. His craggy voice emanated from somewhere beneath the purple bandana covering his face. “Resident Evil 0, Resident Evil 1, and Resident Evil 4 on the Nintendo Switch,” you answer.

Get ready to scary yourself silly all over again (and on the go)! Capcom announced on Monday on Twitter that it will bring three of the most popular entries in the Resident Evil series to the Nintendo Switch on May 21.

Play all three masterpieces anywhere, such as:
– On trains ?
– During mansion tours ?
– Across the European countryside ?

Because buying Skyrim on every console wasn’t enough, now you can buy Resident Evil 4 on yet another device too! Following the success of Resident Evil 2 Remake, Capcom is releasing three classic Resident Evil titles as digital downloads on the Nintendo eShop on May 21. North American Switch owners will be able to purchase a retail bundle called Resident Evil Origins Collection, which bundles together RE0 and RE1. Unfortunately for European Switch owners, they will have to purchase each title separately and digitally. No pricing details have been announced at this time, so keep any and all masters of unlocking away from your piggy bank until then. 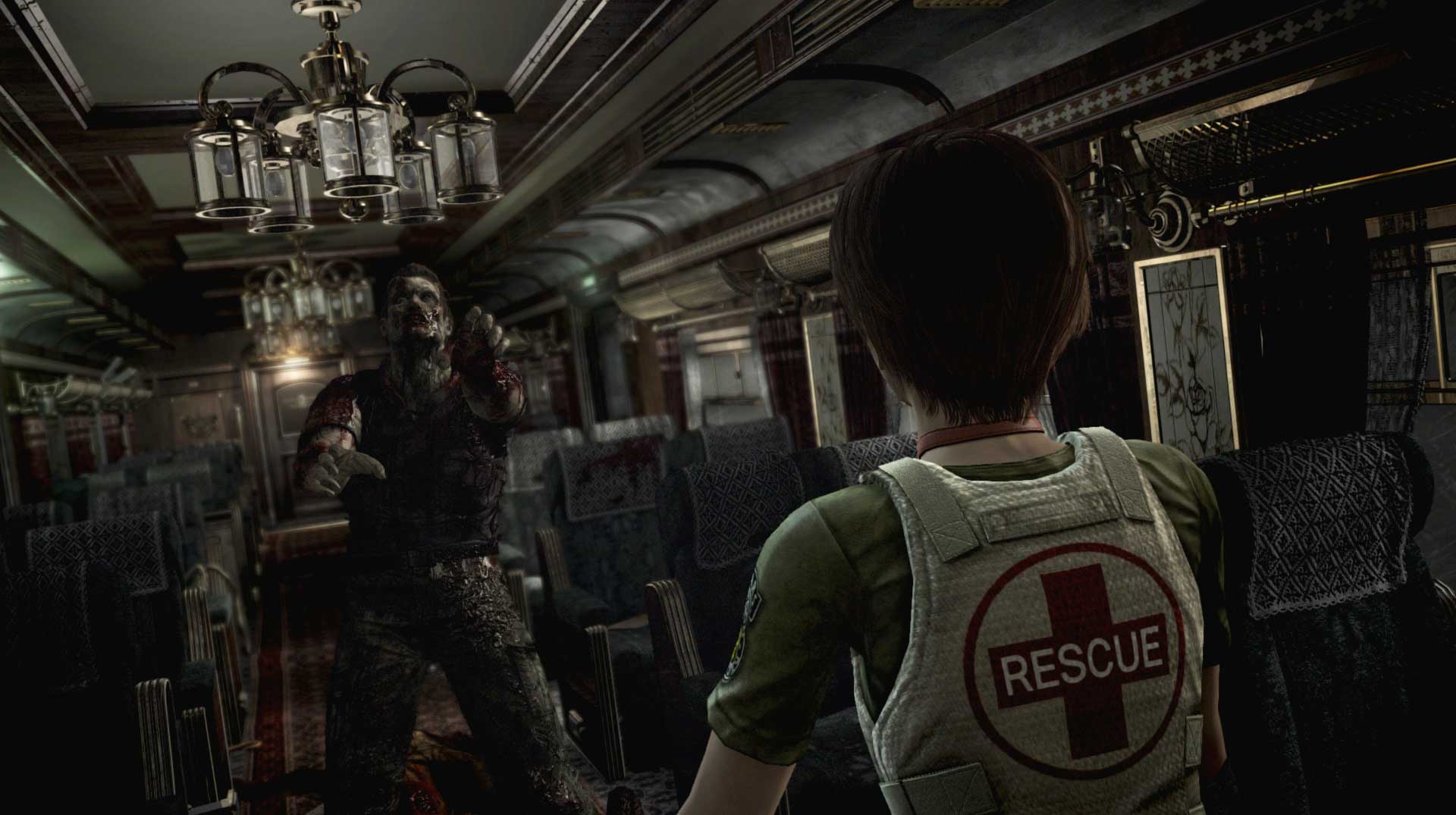 This latest deluge of fan-favorite remakes is quickly cementing the Switch’s status as the go-to console for gamers looking to recapture the halcyon days of their youth while they commute to work, finish a pick-up basketball game, interrupt a rooftop barbecue, or whatever increasingly improbable scenarios were in the original Switch launch trailer. But now I’ll have three new ways to induce blood-curdling terror on a red-eye flight, which is exactly what my ever-present anxiety needed.

Pre-orders for all three Resident Evil games commence on February 28.