Have you ever wanted to watch Pierce Brosnan watch GoldenEye while softly giving commentary on the film? Well, you’re in luck. Via The A.V. Club, we learned he recently did just that for Esquire UK. Pierce Brosnan joined them for a watchalong of his 007 debut, 1995’s GoldenEye. Wild to think we first met Brosnan’s James Bond that long ago.  The commentary from earlier this week aired live but is now available via Esquire UK‘s YouTube channel (watch below). Brosnan, who played James Bond from 1995 to 2002, certainly gave audiences a lot of great commentary and fun facts during the live stream. And also, his voice is so very soothing.

You don’t even need to play the movie. Just listen to him talk.

From the comfort of his Hawaiian home (of course), Brosnan gives us over two hours of awesome commentary. The soft wind sounds coming from outside paired with his speaking tones and laidback attire really makes you think this retired Bond is living the life.

The Irish actor had a few technical difficulties right at the top, but thanks to some help from his kids (aww!), he was able to press on. He shared insight into how certain scenes were filmed and some behind the scenes stories. For example, he left the handbrake on while driving Bond’s iconic Aston Martin in Monte Carlo. Oops. 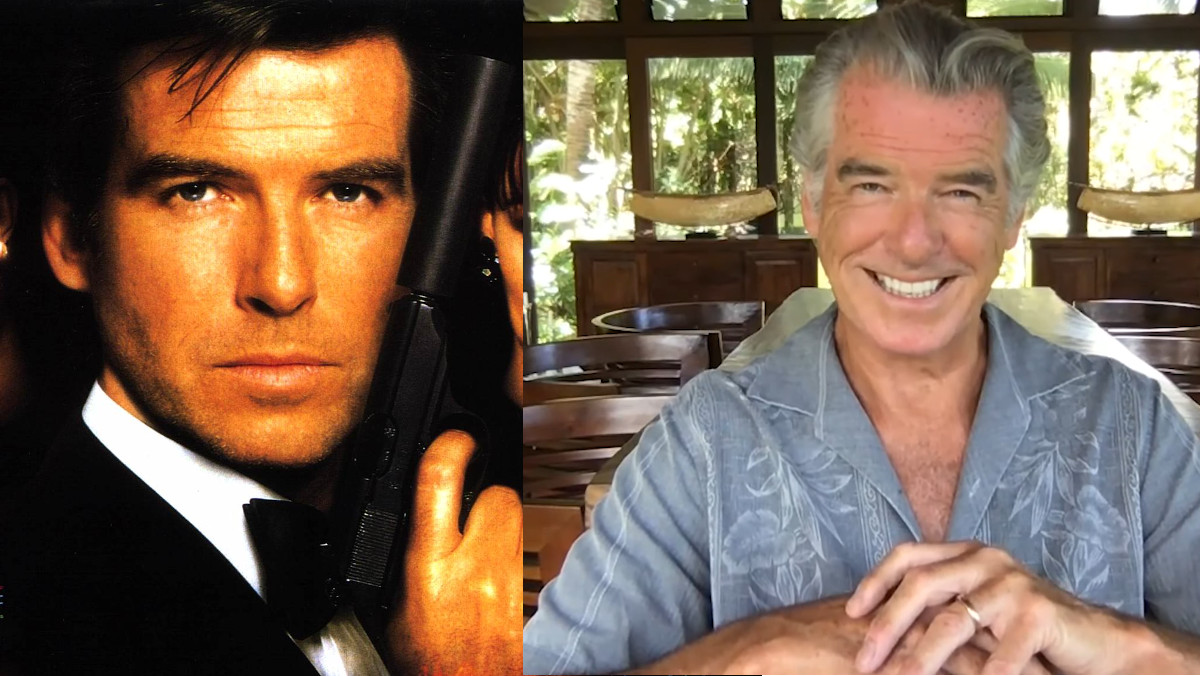 Brosnan loves GoldenEye. Late night host Jimmy Fallon once even convinced Brosnan to play the beloved GoldenEye 007 Nintendo 64 video game against him. While Fallon beat Brosnan at the game, Brosnan will always be Bond. James Bond.

GoldenEye was Brosnan’s Bond film. He played the heck out of the famous British Secret Service Agent role. The film scored two BAFTAs and brought in over $355 million at the box office. He went on to play Bond in three more films: Tomorrow Never Dies, The World is Not Enough, and Die Another Day before he drank his final shaken, not stirred martini for audiences.