Microsoft held its first Xbox 20/20 livestream event Thursday morning. They offered our first glimpse of its next-gen console, Xbox Series X. The Inside Xbox broadcast showed off 13 new games from the console’s launch window, including Assassin’s Creed Valhalla and Vampire: The Masquerade—Bloodlines 2. If you missed the stream, you can still watch the full 28-minute broadcast on YouTube. But here are the five most enticing trailers from the Xbox Series X launch lineup.

Call of the Sea

Call of the Sea is the first game from new studio Out of the Blue. Developed by a team of 12 with credits like Metroid: Samus Returns and Celeste under their belt, it’s a first-person adventure starring Firewatch’s Cissy Jones.

“We are all huge H. P. Lovecraft fans and are inspired by his work,” writes game director Tatiana Delgado. “Call of the Sea is not a horror game. Far from it. But you might say that we are inspired by the way Lovecraft tells some of his stories. We want you to solve the mystery we have created, slowly realizing that there is more to the world than meets the eye and piecing together what has taken place before you arrived on the island.”

Deep Silver’s Chorus was the second title to really catch my eye this morning. Chorus is a slick-looking space shooter with moody visuals. It appears to be serving up a side of dark magic with its space opera.

“In Chorus, players take control of dual protagonists: ex-cultist Nara, an ace pilot with a haunted past, and Forsaken, a sentient AI starfighter and her closest ally, with a mysterious backstory of his own to unravel,” Deep Silver’s Tobias Severin explains. “This story-driven single-player experience invites gamers to unlock devastating weapons and mind-bending abilities as they fight to free the galaxy.”

Chorus will launch on the Series X sometime in 2021. 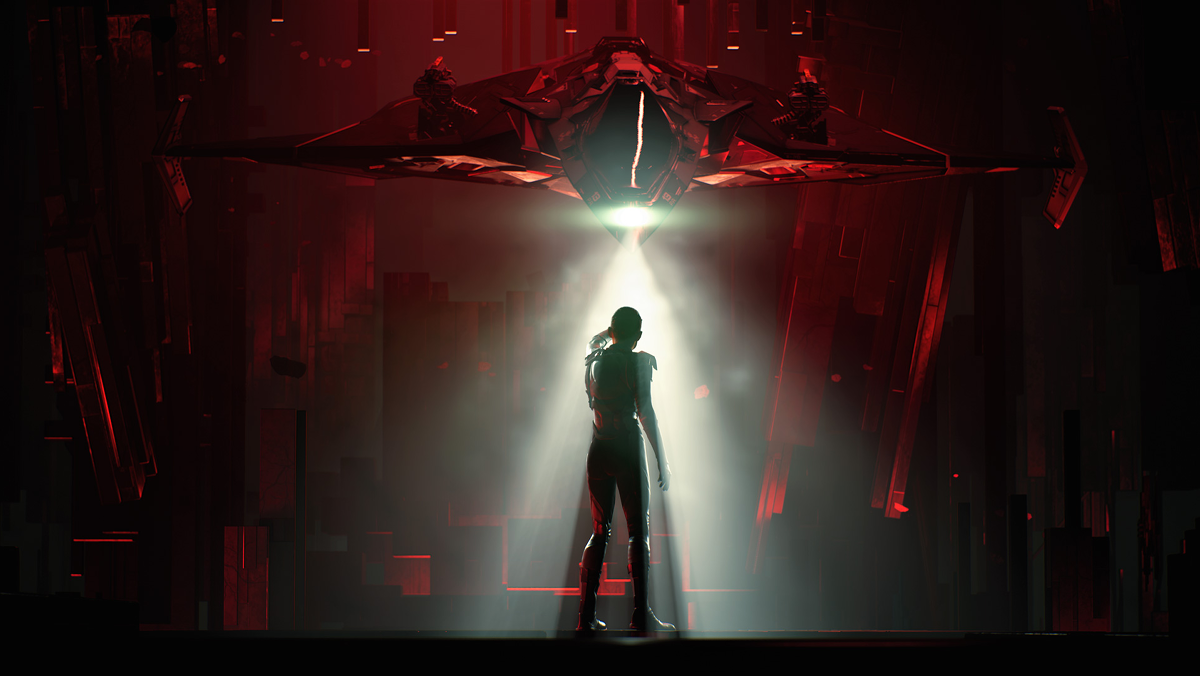 This long-anticipated first-person RPG lets players live the life of a vampire. It supports Smart Delivery. So, you can buy it on Xbox One and then upgrade to the Xbox Series X version at no cost. Then it will transfer your save file in the process.

“Set in a dark reflection of our hometown of Seattle, we want to make you feel like a vampire—a monster hiding among humans,” writes Paradox Interactive’s Florian Schwarzer. “You’ll meet fascinating characters, competing factions, and get to choose who to support and whose night to wreck. As you uncover more of Seattle’s supernatural underbelly, you will decide how to grow and what being a vampire means for you.”

Bright Memory looks like a quirky hybrid of Battlefield-style gunplay, sword fights, and ’80s action movies. Conceived by a one-man studio in China, it’s set “in a sprawling, futuristic metropolis in the year 2036,” according to creator Zeng Xiancheng. Players can look forward to “navigating a spaceship that can travel through time, battling ancient samurai displaced from 1,000 years ago to the present, and exploring a wormhole that has appeared on Earth.”

The Medium is the next psychological-horror game from Bloober Team, the folks behind Blair Witch, Layers of Fear, and Observer. Its soundtrack is being written in collaboration with Silent Hill composer Akira Yamaoka.

Players take on the role of Marianne, “a medium hounded by visions, living and interacting across two worlds: our one, and the spirit world,” explains lead designer Wojciech Piejko. “Her visions lead her to an abandoned hotel in Krakow, the site of a terrible tragedy many years ago, hiding a mystery only a medium can solve. With access to both worlds, players will have a wider perspective and discover that there’s no one simple truth.”