What Secrets Are Hiding in GAME OF THRONES’ New Poster?

Game of Thrones has released its official season eight poster, featuring an empty Iron Throne merged with the face of Drogon. Is it just a powerful image celebrating two iconic elements of the series, or does it contain subtle clues as to what will happen in the show’s final season?

We’re so close to Game of Thrones season eight premiere; we can almost smell the lemon cakes and taste the Arbor gold. We’re desperate for insight into how the show might end, which makes the newly released official poster for the final season a potential source of information. While it could be nothing more than a great visual that will adorn college dorms for years to come, it might also hint at what we can expect as a song of ice and fire sings its final tune. 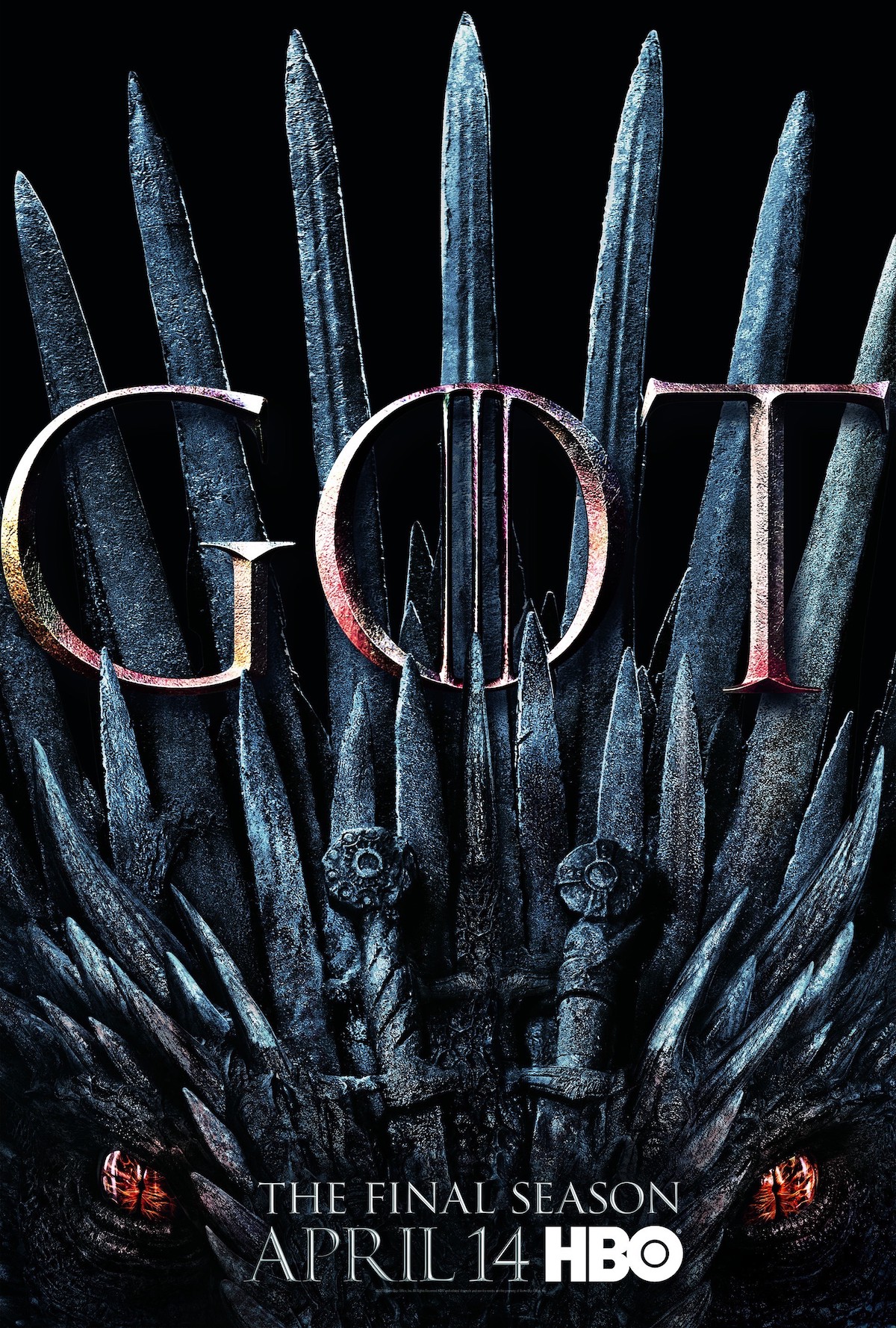 For a show that’s been building to an epic showdown with the dead, it’s notable how this poster is focused on the seat of power the living have been fighting over and not the Night King. Does this mean the last showdown won’t be with the White Walkers, but for the Iron Throne?

If you’re hoping to find clues as to who will win it, three sections stand out. They don’t all tell the same story though.

The “GOT” letters are red and gold, and those are Lannister colors. 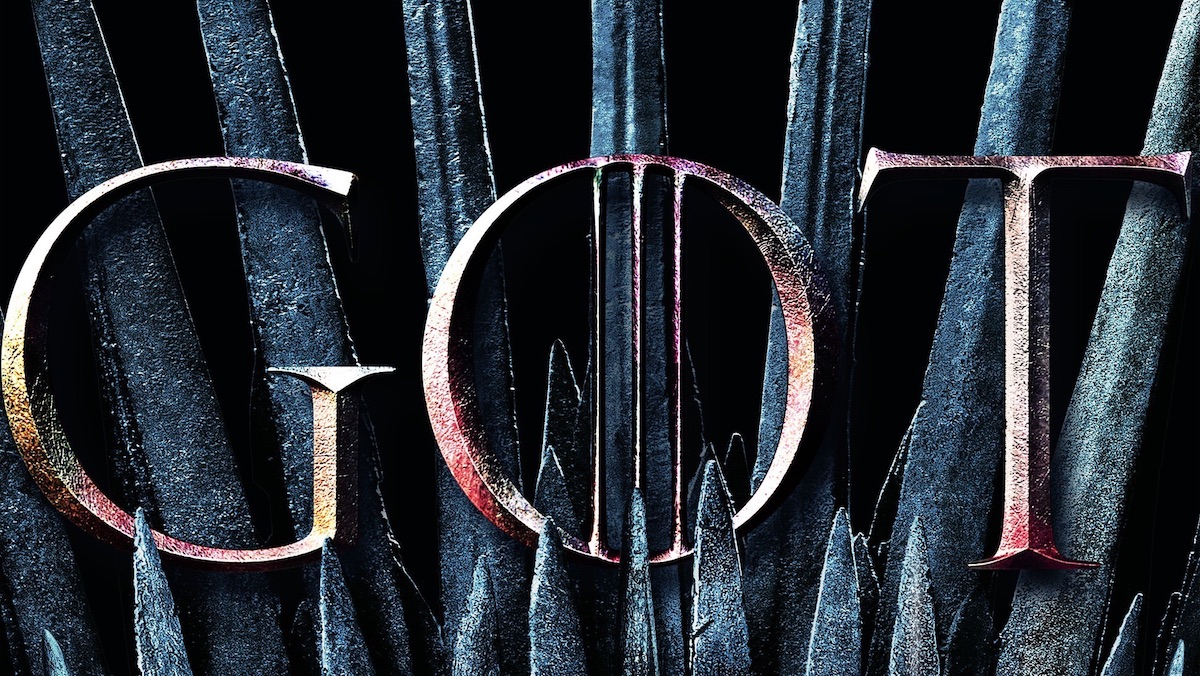 Is that a nod to the Mad Queen Cersei who sits on it now, or a hint that she—or one of her brothers—will sit on it by series end?

If you’re team Targaryen, it’s easy to be optimistic that Great House is the one best represented here, since the throne is literally Drogon. 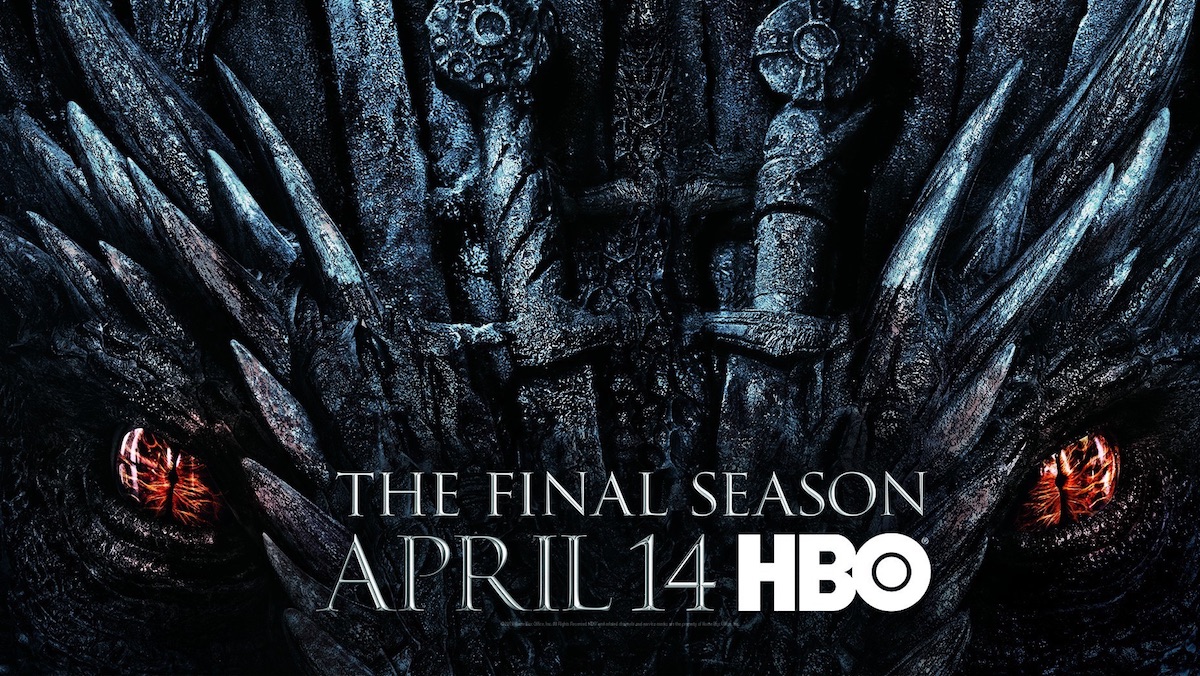 If it feels like this could be an exercise in looking for meaning where there is none, think of what we don’t see. How much different would this poster feel if instead of Drogon and his red eyes, these were blue like Viserion’s? The absence of the Night King and his dragon doesn’t mean they won’t be there at the end fighting over the Iron Throne, but it is clear he’s not here for some reason—even if it’s an intentional misdirection.

That’s also why the two distinct, strange swords in the center of the poster seem to be saying something important. 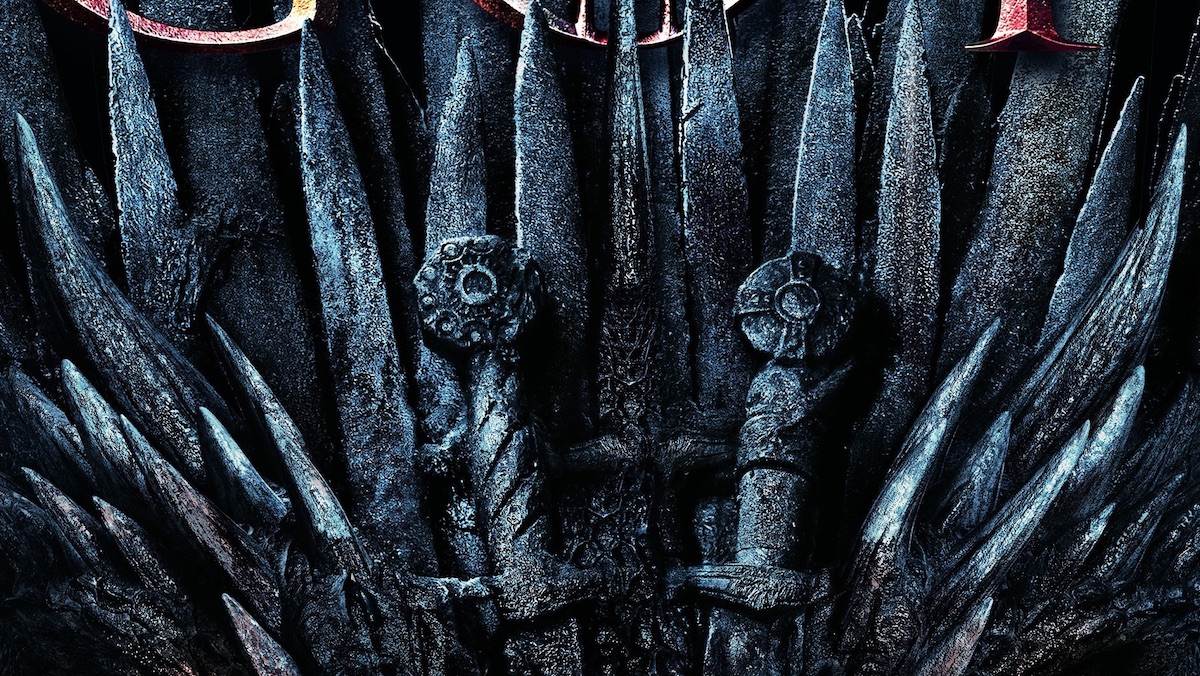 The one on the left looks like it could be a Tyrell rose, but that Great House is extinct on the show so it’s almost certain it won’t play any kind of role in season eight. Since we’ve never seen anything like the hilt on the right, it’s more likely these both represent something we don’t know about yet. But it’s important that two swords stand out.

Two known Targaryens exist in the world: Daenerys and Jon. They also represent the two best candidates to be The Prince That Was Promised. Will Jon sit aback the still riderless Rhaegal? Will Jon and Daenerys take the chair together and rule Westeros as a couple? Or will they both perish protecting the realm and leave the seat empty? Those two swords could be memorials to their sacrifices made fighting for the living.

And if they both are dead, could the gold and red letters combined with the dragon be a sign Tyrion Lannister is really a secret Targaryen and he will be the one to sit on Aegon the Conqueror’s throne? 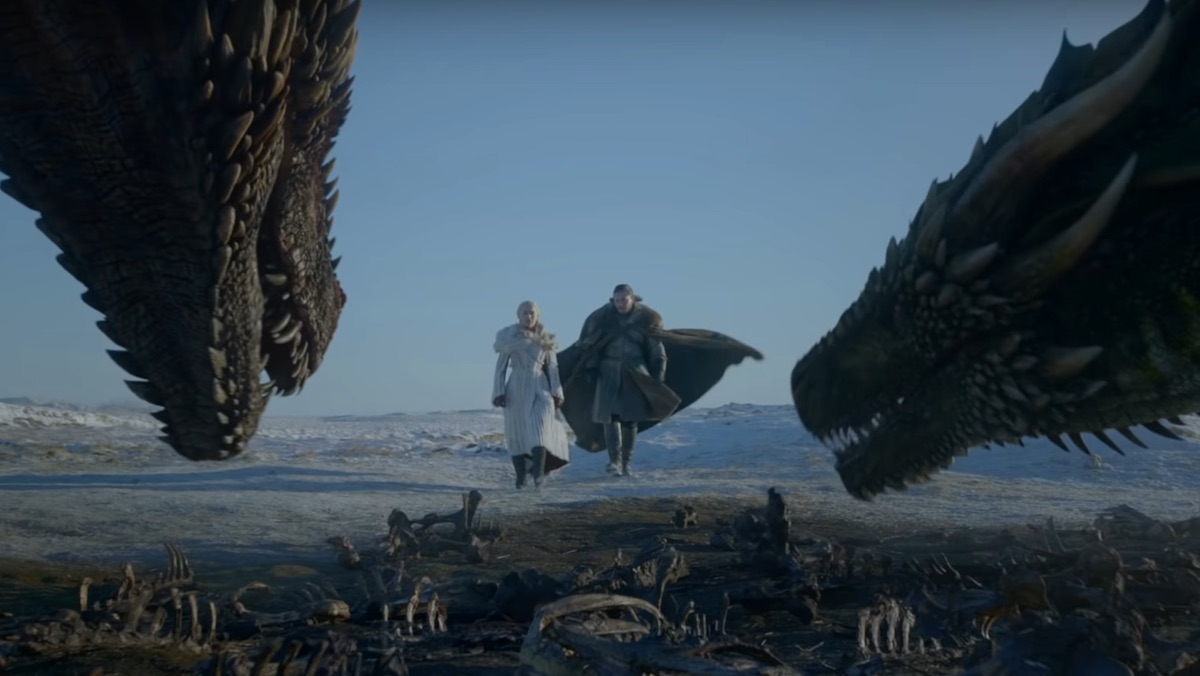 This one visual leaves the door open to a lot of interpretation, sort of like the prophecies of Westeros. And just like those, this poster will likely make way more sense after the season. All we can do is wait to find out.

So whose making the lemon cakes for the premiere?