GAME OF THRONES Theory: Is Tyrion a Secret Targaryen?

“You’re no son of mine.” Were Tywin Lannister’s last words a final insult from a hateful father to the son who murdered him? Or were they something much more? With his dying breath did Tywin confirm a popular Game of Thrones theory that Tyrion is a secret Targaryen and the bastard brother of Daenerys? The answer could be one of the biggest surprises from the show’s final season.

If you’re a fan of the series, you might have heard about this theory before–that Tyrion’s real father was the Mad King, Aerys II, but it originates in the novels with a history only hinted at on the show. Tywin’s most trusted confidant was his wife Joanna. It was said she was the only person who could make the Tywin smile, and “he was not the same man after she died” because “the best part of him died with her.” However, despite serving as his Hand of the King and being one of his oldest friends, rumors long persisted that Aerys II was overly fond of Joanna himself, both before and after Tywin married her.

You can read all about the troubled history between the three – which involved rumors of affairs, inappropriate jokes and behavior, and insults both real and perceived – in greater detail in our History of Thrones on the Mad King. What’s most important to understand for this theory is Aerys was long enamored of Joanna. His own Kingsguard, Barristan Selmy, even tells Daenerys this in A Dance With Dragons. 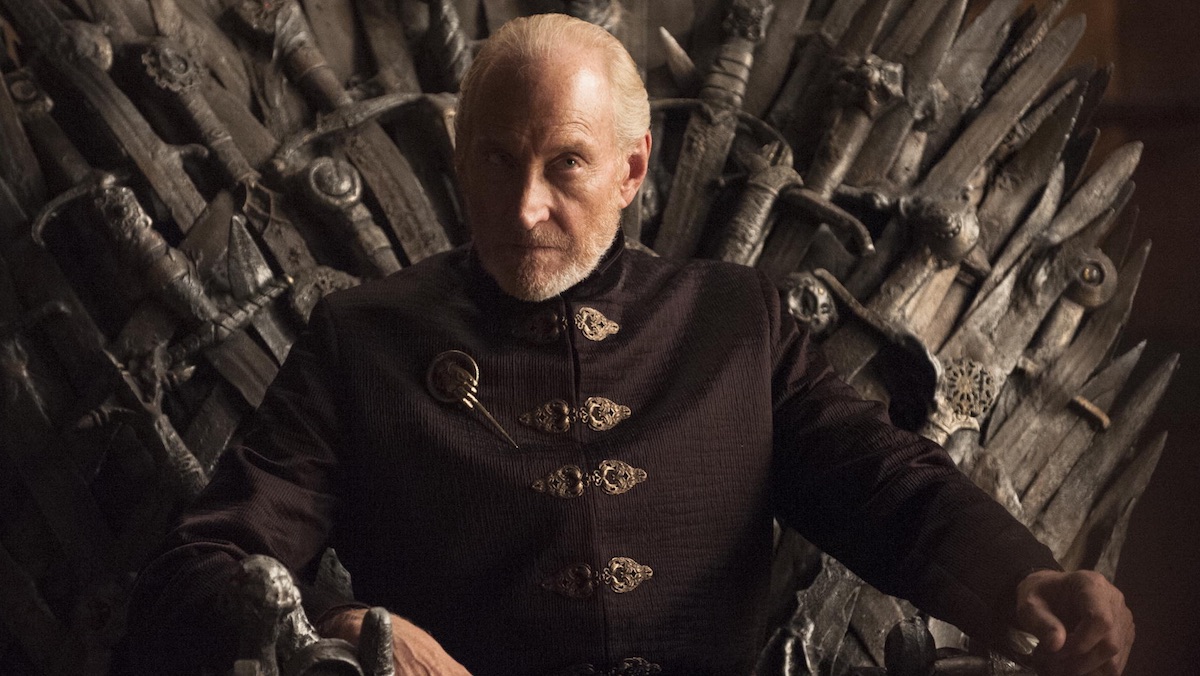 Aerys insulted Joanna when she returned to King’s Landing in 272 AC for a tournament, leading Tywin to resign the next day, which Aerys refused to accept. In less than a year of visiting the capital, Joanna died while giving birth to Tyrion. Aerys said the gods gave Tywin a dwarf son to teach him humility, but Tywin would eventually get his revenge for all of the dishonor Aerys bestowed on him when he took King’s Landing for Robert Baratheon under the false pretense of coming to the Mad King’s rescue. The story between the two men might have ended when Jaime put his sword through Aerys’ back, if not for Tywin’s own words and actions as Tyrion’s father.

Tywin always hated Tyrion, and while not defensible in anyway, the reason for Tywin’s deep-seated enmity seemed obvious. Tyrion “killed” his loving wife Joanna, and a dwarf son – who grew up to be a whore-mongering drunk – brought shame to one of the most powerful houses in Westeros. Hatred didn’t stop Tywin from going to war with the Starks when Catelyn had Tyrion arrested, but that was about family honor and the public standing of House Lannister, not out of love for his youngest child. The question of Tyrion’s true parentage arises from Tywin’s private comments even more than his public actions. 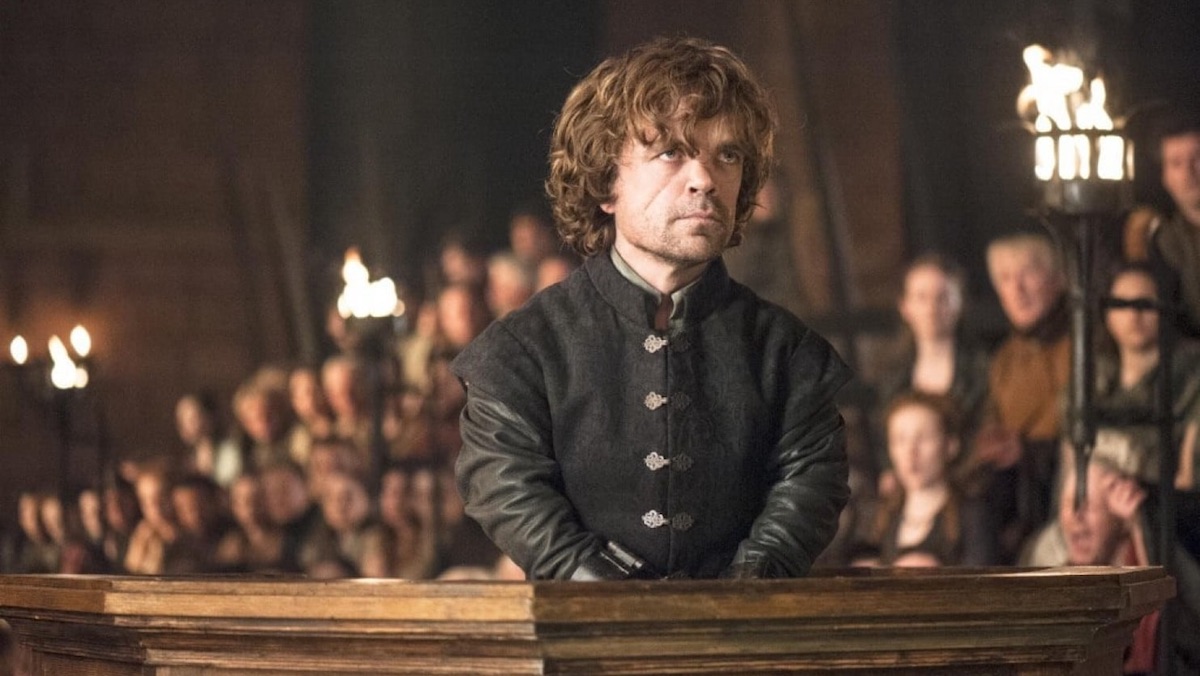 After Tyrion helped save King’s Landing and his family from Stannis at Blackwater, he was forgotten and cast aside. When he confronted his father about it and demanded Casterly Rock as his birthright, Tywin lost his mind and said something especially nasty – and possibly very revealing – to Tyrion.

“You are an ill-made, spiteful little creature, full of envy, lust, and low cunning. Men’s laws give you the right to bear my name and display my colors, since I cannot prove that you are not mine. And to teach me humility the gods have condemned me to watch you waddle about wearing that proud lion that was my father’s sigil and his father’s before him.” 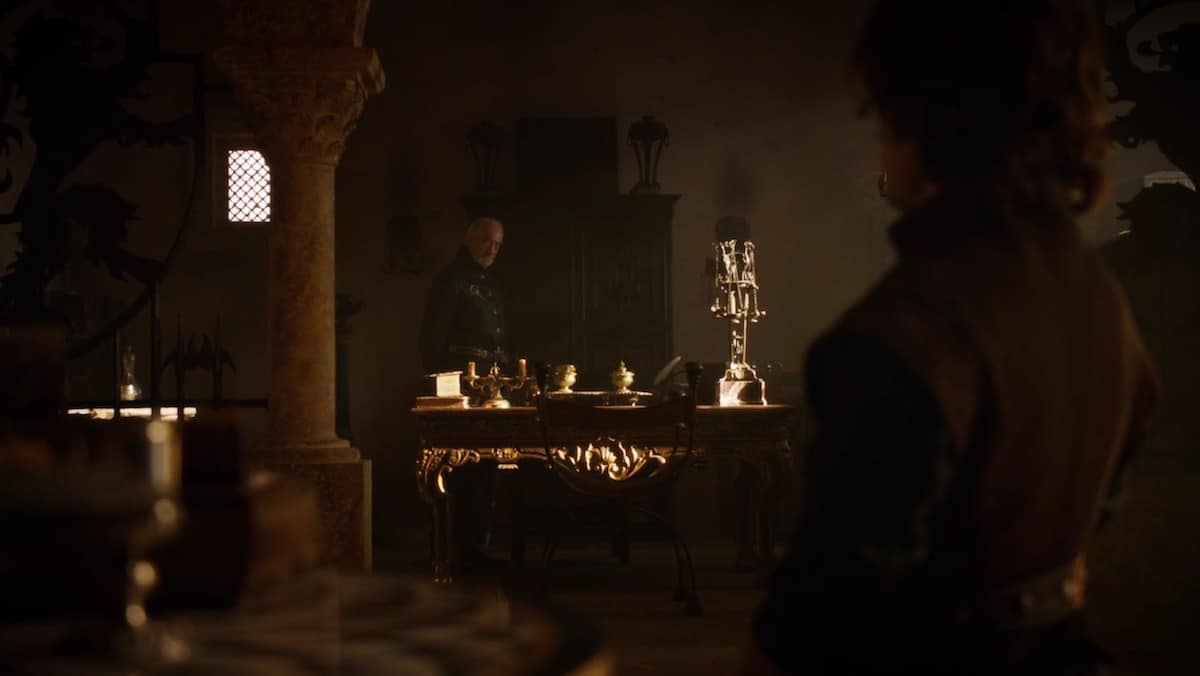 While those might be the words of a hateful, heartless monster and nothing more, they could also be a glimpse at the real reason Tywin hated Tyrion: he wasn’t really his son. It wasn’t the only time Tywin raised this possibility. In the season three finale, Tyrion asked his father when he had ever made a personal sacrifice for the family.

“The day that you were born. I wanted to carry you into the sea and let the waves wash you away. Instead, I let you live. And I brought you up as my son. Because you’re a Lannister.” 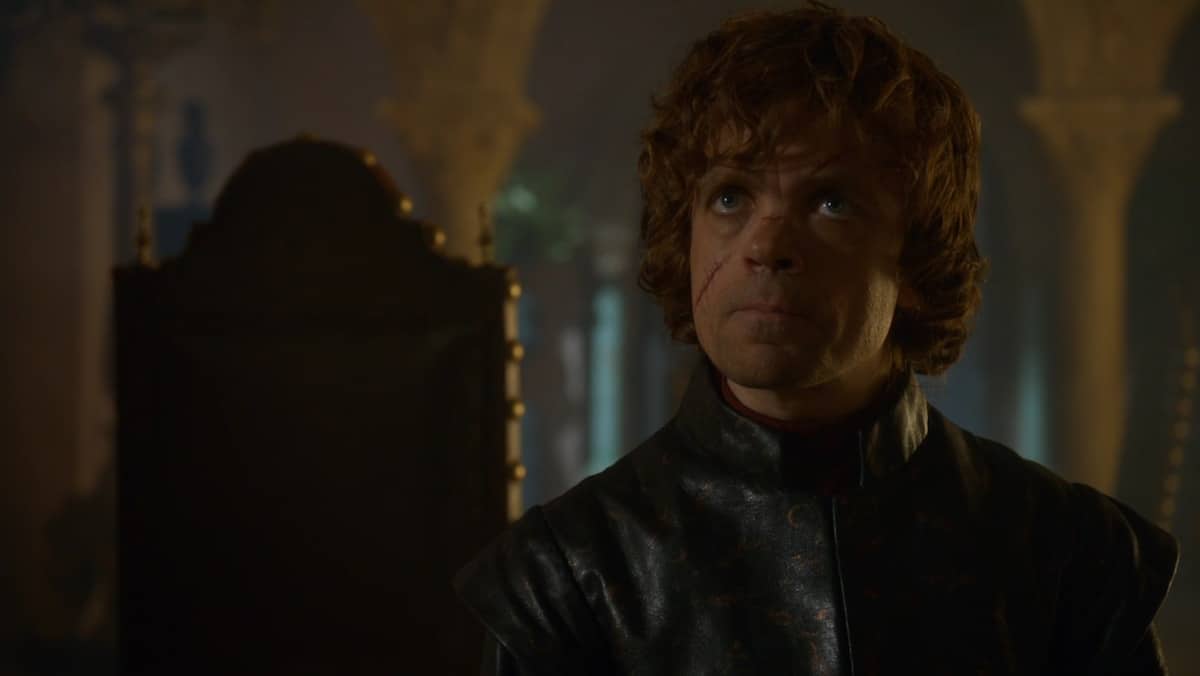 This statement would be horrifying on its own, but saying “and I brought you up as my son” is strange in this context. It would be weird for any parent to say, and its not as though the rest of his comment isn’t terrible. When combined with his dying words, Tywin offered enough circumstantial evidence to question if Tyrion’s real father was someone else. But on their own they are not enough to prove his dad was the Mad King.

But Tywin’s words are not all the evidence we have. Beyond the matching timeline of Joanna’s last visit to King’s Landing and Tyrion’s birth, there’s also the fact the mothers of Daenerys and Jon Snow also died during childbirth. And while not included on the show, in the books Tyrion has a very un-Lannister-like combination of black and blonde hair, as well as two mismatched eyes, just like a famous Targaryen bastard who also had two different colored eyes.

Tyrion was also able to free Viserion and Rhaegal from their chains in Meereen. In the books, another character who tries to do that is quickly engulfed in dragon flame. Dragons are wild but intelligent and seem to know who their friends are. They will also let those with Valyrian blood, like Targaryens, ride them.

In the books, Daenerys is obsessed with the idea of the “three heads of the dragon.” We know her secret nephew, Jon Snow, can be one of the other two, but there are no other potential Targaryens on the show except for Tyrion. Rather than complicate things, it would be a huge boon to the Seven Kingdoms if he is her half-brother. It would mean there’s another child of two Great Houses who can unite the Realm, and also another potential dragonrider to take to the skies against the Night King.

Tyrion might already know this too, even if he doesn’t realize it. When he first met Jon Snow in Game of Thrones‘ premiere, he gave the young man advice about his lot in life. “Never forget what you are. The rest of the world will not. Wear it like armor and it can never be used to hurt you.” When Jon asked what he knows about being a bastard, Tyrion said, “All dwarfs are bastards in their father’s eyes.” And when he met Jaime among the dragon skulls in season seven, Tyrion said of Tywin, “He didn’t hate me because of anything I did, he hated me because of what I am.” Tyrion thinks Tywin’s hatred was because he’s a dwarf, but he might have treated him like a bastard because he is one, the bastard of the Mad King.

“You’re no son of mine” might not have just been Tywin’s final words, they might have been his final confession.