Why Tyrion Lannister Deserves to Win GAME OF THRONES - Nerdist

Why Tyrion Lannister Deserves to Win GAME OF THRONES

by Michael Walsh
Who do we most want to see emerge victorious and seize the Iron Throne? Before Game of Thrones’ final season, we’re making the case for every worthy candidate still standing, this time looking at Tyrion Lannister.

Few Game of Thrones characters have as high an approval rating with fans as Tyrion Lannister, but he’s despised by the people of Westeros. To them, he’s a drunk, brothel-loving monster who murdered both his nephew the King and his own father. There are few people the Realm would want to see ascend to the Iron Throne less. But that’s only because they don’t know him like we do.  Here’s the case for why we would raise a glass to the most famous dwarf in the world standing on the Iron Throne. 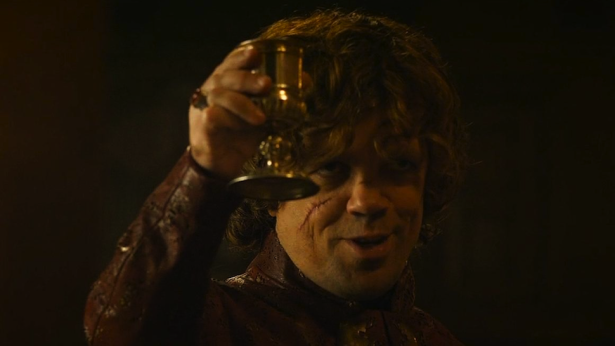 Some men fight with a sword. Tyrion fights with his mind (and sometimes an axe). A lifetime of reading has made him one of the wisest men in Westeros. He knows history and current events, and his journey through Essos gave him a chance to travel the world. He’s also street smart though. That helps him speak with both the most powerful people in the world and commoners. And even though he was born into Westeros’s richest family, Tyrion has always had a tender spot in his heart for “cripples and bastards and broken things.” Tyrion is a good, flawed person who has grown into a better man. He wants to make the world a better place for everyone. His intellect has also helped him survive numerous dire situations, like Lysa Arryn’s trial, his trek through the Mountain Clans in the Vale, and slavery. Despite his small stature, he’s brave and has defended Catelyn Stark from raiders, lead the Lannister forces during the Battle of Blackwater Bay, and escaped enslavement to meet Daenerys. 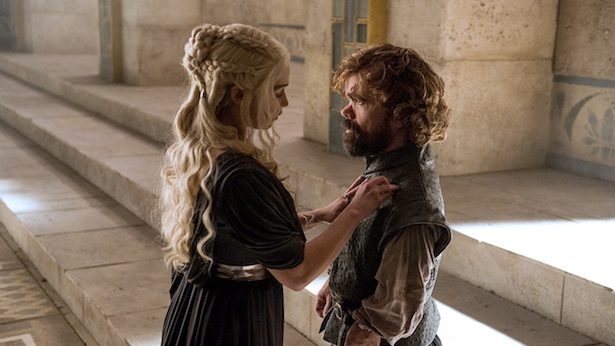 Tyrion also has tremendous experience ruling, having served two monarchs as Hand. Before standing beside the Mother of Dragons, he was acting Hand of the King to his nephew Joffrey during a perilous time. Tyrion has had both success and failure as a general and a ruler. His wildfire gambit during Stannis’s invasion of King’s Landing helped hold the city, but Jaime anticipated his every move during Daenerys invasion of Westeros. Tyrion also held Meereen together when Daenerys went missing, but a naive truce with the slavemasters almost led to ruin. But Tyrion is always learning, and failure is often a great teacher.

-Pound-for-pound the greatest drinker in Westeros

-Can handle a crossbow in close quarters

-Smarter than anyone in Westeros 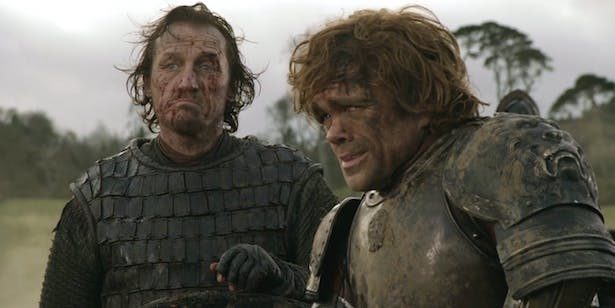 Like any highborn from a Great House, Tyrion will be able to make a strong argument he should ascend to the throne if no clear successor exists after the Great War. The Lannisters were Kings of the Rock before Aegon the Conqueror named them Wardens of the West, and they are one of the oldest, most powerful houses in the Seven Kingdoms.He’s also Hand of the Queen to Daenerys Targaryen, whose line of succession is non-existent. As her highest ranking adviser, Tyrion could be the logical choice to taker her mantel, and her claim.However, in a wonderful bit of cosmic irony, Tyrion’s best claim might come from his sister. Cersei now sits on the Iron Throne, but with no children (she might be lying about being pregnant), the next in line to her title would be her closest blood kin, her brother. If Jaime dies, Tyrion is Cersei’s only legal and rightful heir. Hopefully someone will point that out to her so we can watch her reaction. 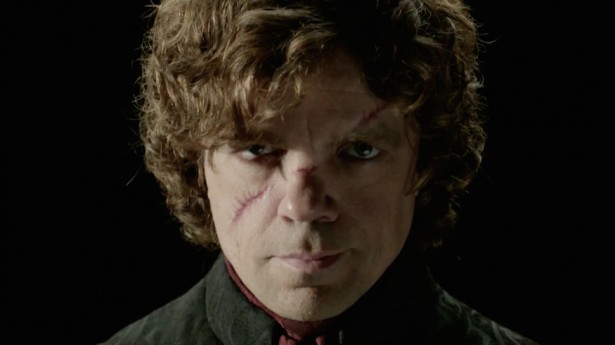 Oh, also, he could also be the bastard son of the Mad King, Daenerys’ half-brother and a secret Targaryen with an actual blood right. Unfortunately for him, he doesn’t have his own Sam and Three-Eyed Raven to figure that out. Yet.

He’s a kinslayer, and they are thought to be accursed by the old gods and the new. Tywin Lannister deserved that arrow in his stomach, but in a land of magic, those who kill their own blood are thought to bring ruin on themselves and those around them. Many, even those who hated Tywin Lannister, would not want the son who murdered him to sit on the Iron Throne.As unfair as it would be, he would also have a difficult time overcoming the way many view dwarfs. As he once told Jon Snow, “All dwarfs are bastards in their father’s eyes,” and that’s a sentiment many would have for a dwarf who would be King.No matter how much we like him and know how his reputation as a whore-mongering drunk belies his true nature, can he be the effective leader Westeros needs when most people hate him and don’t respect him? 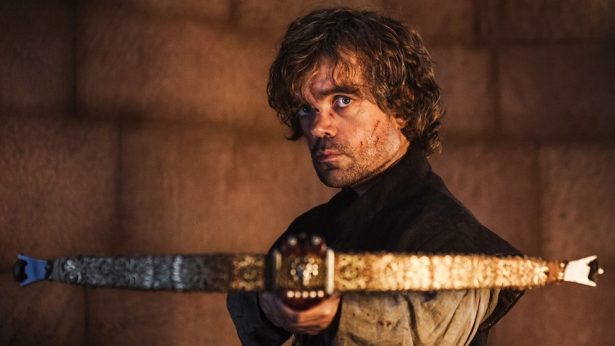 First of His Name

Funny, smart, caring, experienced, and someone you would definitely want to get a drink with, Tryion has everything you’d want in a leader. Almost. Because what he doesn’t have is the love of the people, even though he’s one of the few would-be rulers who actually cares about them.When we first met him, he was spending his time at Winterfell in whorehouses and passing out in stables, but we quickly learned his vices do not define him, his virtue does. If given the chance, the rest of Westeros will learn that too. That’s why Tyrion Lannister has earned the right to be the ultimate winner of the game of thrones.