Modern horror franchises have a good track record when it comes to maintaining continuity. In fact, they go out of their way to make sure all the dots connect properly from film to film. The Conjuring franchise, Paranormal Activity, Saw, Scream—most of these have pretty rock-solid continuity from one movie to the next (with some blips of course). But one can say they learned their lessons from the sloppy timelines and haphazard continuity of horror franchises of previous decades. Here are some truly great horror series that are also some of the worst offenders with maintaining a consistent continuity across sequels.

The A Nightmare on Elm Street series has decent continuity overall. But it still has some weird glitches though. A Nightmare on Elm Street 2: Freddy’s Revenge ditches the concept of Freddy using dreams to kill Springwood teens. Instead, he uses the dreams of one teen in order to possess him. And then he kills the local kids in real life, using his body. But we chalk this up to “Freddy is just tryin’ a new approach” and not a continuity error. The real continuity screw-ups come with Freddy’s Dead: The Final Nightmare, and Freddy vs. Jason.

In 1991’s Freddy’s Dead, they explain that by 1999, Freddy had killed all of Springwood’s children. This leaves the adult population with a tenuous grip on sanity. But just a few years later in Freddy vs Jason, the town seems totally repopulated with teens again with no explanation. It’s only glaring if you’re really paying attention to the continuity. Since this franchise is otherwise consistent, the A Nightmare on Elm Street series is one of the least offensive in terms of continuity violations.

Although many consider The Exorcist the greatest horror movie ever made, the fortunes of its sequels pale compared to the original classic. William Friedkin’s film was a box office blockbuster and multiple Oscar nominee. It was a true cultural phenomenon. But the immediate sequel Exorcist II: The Heretic focused on Linda Blair’s character and her post-possession life, and it was a giant flop.

Thirteen years later, The Exorcist III came out and totally retconned the events of The Heretic. Then the fourth installment, a prequel, ignored all the films except for the first. But wait! There are actually two different versions of the Exorcist prequel: Exorcist: The Beginning and Dominion: Prequel to the Exorcist. The films were shot by different directors, but featured the same cast. It’s all a big mess continuity wise. We recommend folks watch only the original classic and the perfectly decent The Exorcist III. And that’s it. 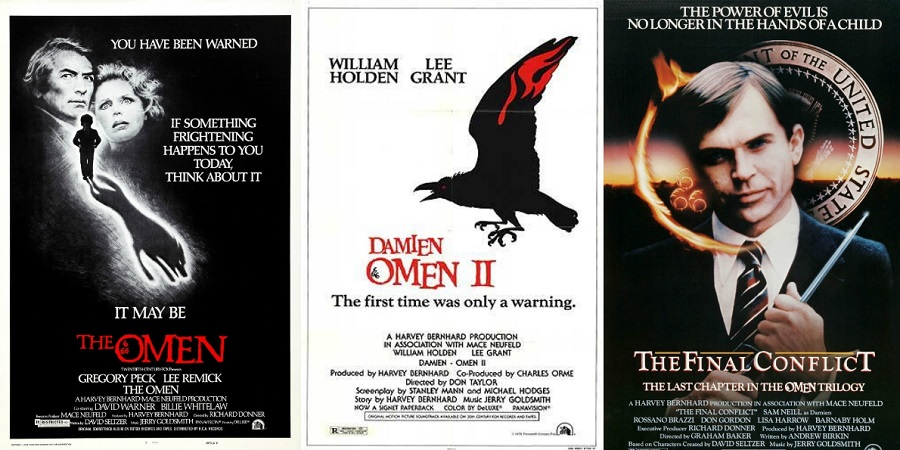 In Richard Donner’s original 1976 version of The Omen, we’re introduced to six-year-old Damien Thorn. Who, it turns out, is the Son of Satan and the Antichrist. Although the movie never specifically states when it takes place, the fashion and style clearly place it in the late ‘70s. In Damien: Omen II, the young Antichrist figure is 12 years old. So one would guess the sequel takes place sometime in the mid to late ‘80s.

But in Omen III: The Final Conflict, the date is given as 1981. The same year the movie released. And Damien is now in his 30s. The movie doesn’t explain any of this, and we guess they just expected the audience to hand wave it all away. It’s never outright stated, but the Antichrist character in American Horror Story: Apocalypse ages from child to adult overnight, which we’d like to think is an Omen homage. 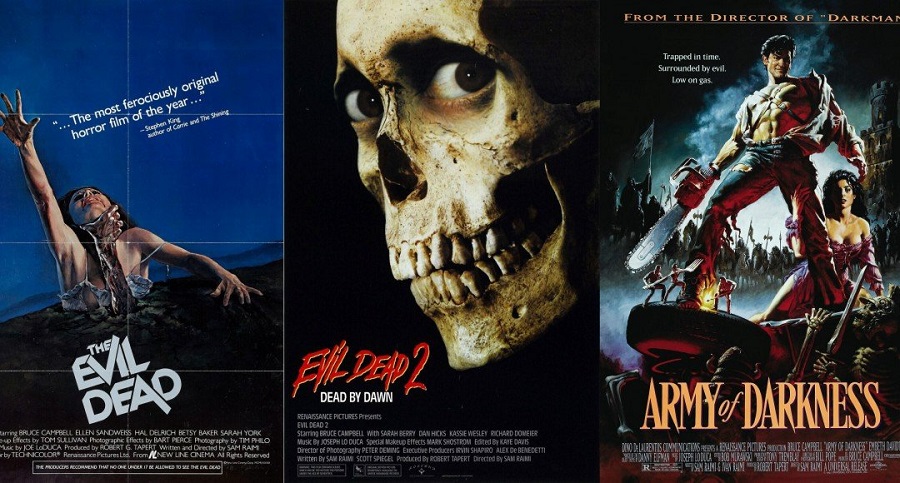 Sam Raimi’s trilogy is groundbreaking to be sure, but he sure wasn’t concerned with the continuity of his films. We have a few glaring examples of “oopsie” timeline moments. In the first Evil Dead, Raimi has Ash (Bruce Campbell) go to the cursed cabin in the woods with several friends. In the “flashback” retelling of the original 1981 film in Evil Dead II, Raimi rewrites his original movie and says that Ash went with only his girlfriend Linda. A lot of the second movie is essentially remaking and rewriting the first.

Then there’s the third installment, Army of Darkness. It ostensibly picks up where the second film leaves off. But also not? The end sequence with Ash being worshiped by the knights and shooting the winged Deadite from Evil Dead II all winds up removed from canon thanks to Army of Darkness. This series is a blast (as is the TV series Ash vs. Evil Dead), but they are just not overly concerned with continuity. However, since the tone is so goofy from the second movie on, it kind of doesn’t matter. 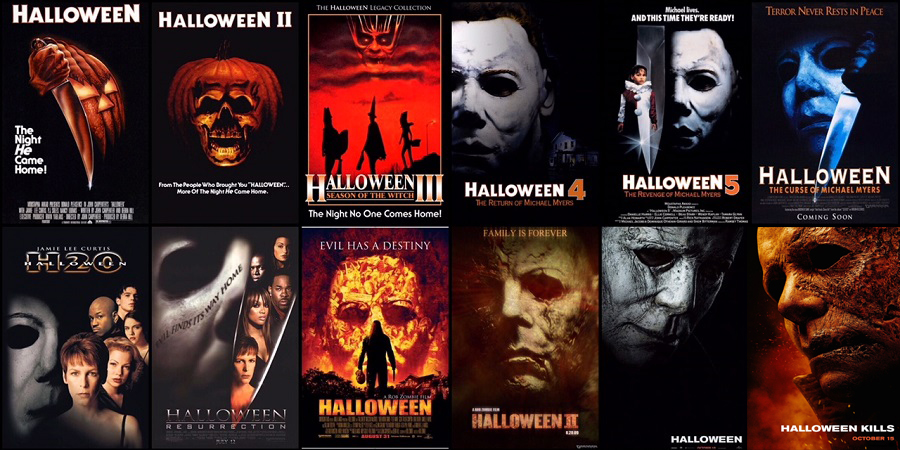 John Carpenter’s 1978 classic Halloween is the father of the modern slasher film. And it’s also the father of terrible horror franchise continuity. This series, which is now 43 years and 12 movies in, contains no less than four separate timelines. And that’s not even counting Rob Zombie’s reboot and its sequel. Most of the films acknowledge the original 1978 film as canon. Then the others pick and choose from the rest.

Parts one through two form one timeline, part three is its own separate offshoot, four through six acknowledge the first chapter and the second. But not the third. Meanwhile, the seventh and eighth chapters refer to the first two, but not parts four through six. Got all that? Good, because we’re not done. Halloween 2018 only acknowledges the 1978 original. Somehow, this wild continuity has not deterred moviegoers, who just ignore it all and come back to see Michael Myers slaughter the folks of his childhood hometown.