Sam Neill Is an Enduring Master of the Horror Genre

I grew up loving Sam Neill. Actually, correction. I grew up in love with Sam Neill. Jurassic Park was foundational for me, as it was for so many kids of the ’90s. I’ll never forget rummaging through my backyard sandbox, pretending I was paleontologist like Neill’s Dr. Alan Grant. I was in awe of him, in that dirty denim shirt and khaki pants, kicking dinosaur ass and being an all-around big damn hero. He was mega crush material, and my admiration for him grew more intense through the years. (This really solidified in recent years with his charming farm-life Instagram and wine dad vibes.)

My Sam Neill obsession reached new levels when I was in middle school and fell hard into the horror genre. One of my first big horror loves was for a series that now feels totally random: The Omen. I loved the original 1976 film, about a couple who unknowingly adopts the antichrist. Of course, I had to watch the rest, and devoured the original trilogy in a few days thanks to my local video store. That’s when I first watched Omen III: The Final Conflict, where I immediately recognized Neill as the grown-up version of the evil Damien Thorn. 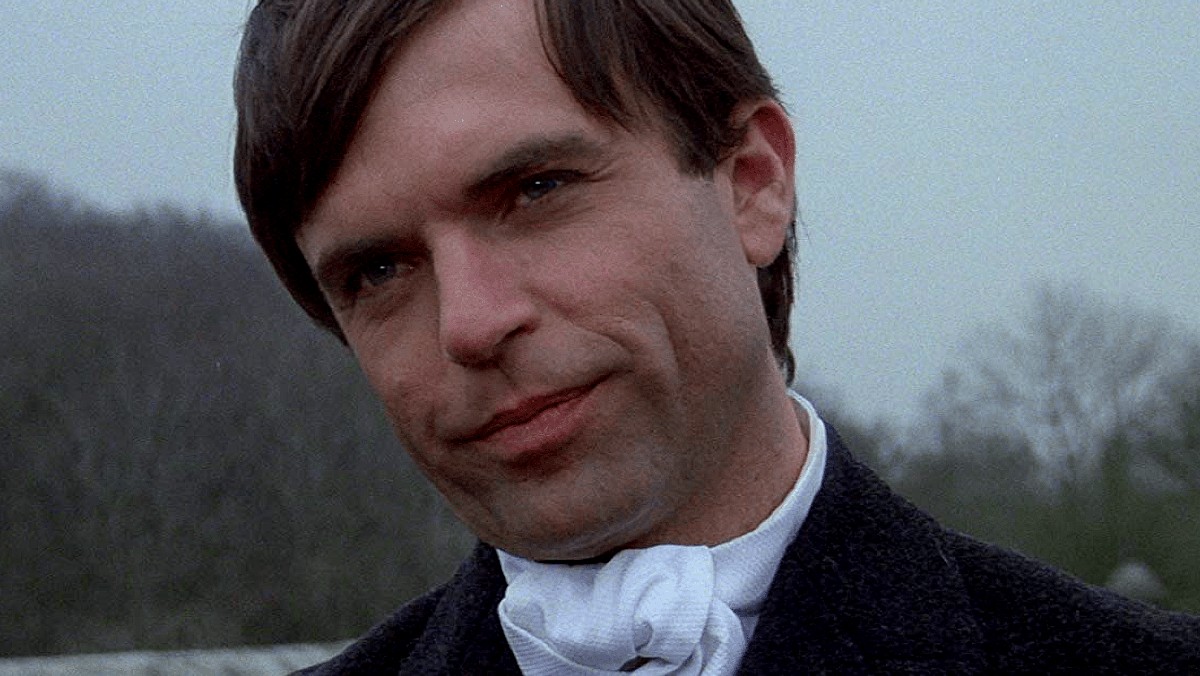 Omen III, which turns 40 on March 20, isn’t necessarily a great film. It’s a little bit corny and convoluted and could never match the harrowing creep factor of the original. But Sam Neill is absolutely brilliant. (As is the movie’s excellent score by Jerry Goldsmith.) He brings a grace and elegance to Damien that’s both riveting and bone-chilling. It’s the way he adjusts his white scarf after siccing his hounds on a man, or the ice-cold chilliness of his stare. The film centers on Damien’s desire to prevent the Second Coming of Christ, and every chilling moment of evil is punctuated by Neill’s haunting speeches and bizarre eye movements. He elevates otherwise so-so material with the full command of his body.

I was thrilled to discover Omen III was one of many Sam Neill horror films. And what a great matching of actor and genre. There’s something strange and bewitching about Neill’s screen presence. His handsomeness has an eerie quality, something he taps into with ease. It’s on excellent display in another of his iconic horror performances, in Andrzej Żuławski’s Possession. That 1981 film is a fascinating psychological study about the breakdown of a marriage, where Neill plays a man named Mark, a spy in West Berlin whose wife Anna (Isabelle Adjani) undergoes a daunting transformation. As Mark, Neill navigates the dramatic ups and downs of a bizarre situation, involving sexually charged tentacle creatures and doppelgängers.

In Possession, Sam Neill is both handsome and terrifying. He shifts from stiff to violent with an impressive malleability. And again those eyes; steely and grey and communicative. They go wild along with him, as he falls deeper into the confounding reality of a shared psychosis with Helen. The film is an experience, and it was wild watching Neill’s career in reverse as a young person; witnessing his knack for daring, unusual work. That he made Omen III and Possession back-to-back and so early in his working life speaks volumes.

Neill is really an icon of genre work, in general. He’s also transfixing in classics like Event Horizon, fun horror gems like Snow White: A Tale of Terror (another of my strange childhood obsessions), and underrated sci-fi like Daybreakers. But my all-time favorite Sam Neill horror performance is in a film I saw tragically late in life: In the Mouth of Madness. I was aware of the 1995 John Carpenter title, but knew little about it. It was a gap in my horror lexicon, one I rectified during an epic horror marathon at the Music Box Theatre in Chicago a few years back. The moment the lights fell and the film kicked into gear, I knew I was watching something I’d love for the rest of my life. 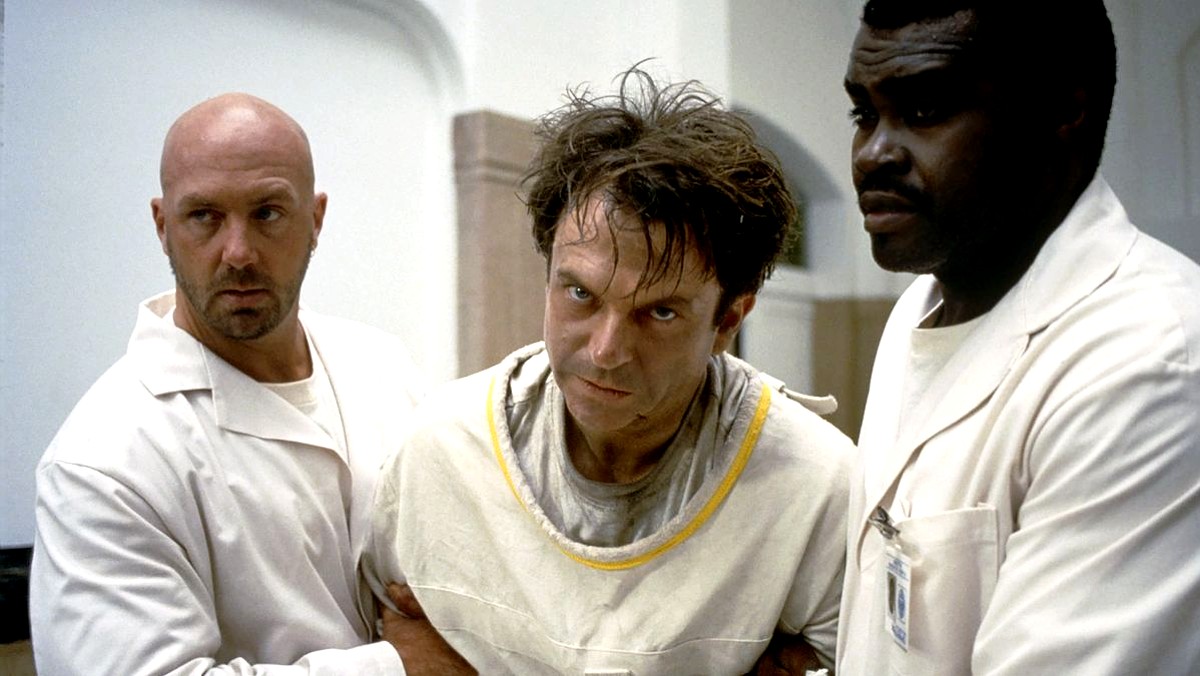 Neill plays John Trent in the film, a freelance insurance investigator who looks into the disappearance of famous horror author Sutter Cane. Cane is a Stephen King-like titan of horror fiction his publishers are desperate to locate. What starts as a fairly routine mission turns into an otherworldly descent through time and logic. Trent’s encounter with Cane in the bizarre town of Hobb’s End spirals into something entrancing and nightmarish. And we’re with Neill through every step of this reality-bending journey. He morphs from a straight-laced businessman to a psych ward patient who might just be in on some great, cosmic joke.

It’s a stunning performance; Neill’s best, in my estimation. And though In the Mouth of Madness is much beloved by most horror fans I know, it isn’t in the pop culture lexicon like certain other titles. It’s a bit of a hidden gem in some ways; a film most non-aficionados haven’t heard of. I’m jealous of those yet to stumble on the film; they’re in for a treat. Not only is it a unique and defiant piece of work from one of the best horror directors there is, but it’s also a brilliant showcase of all that Sam Neill has to offer as an actor. 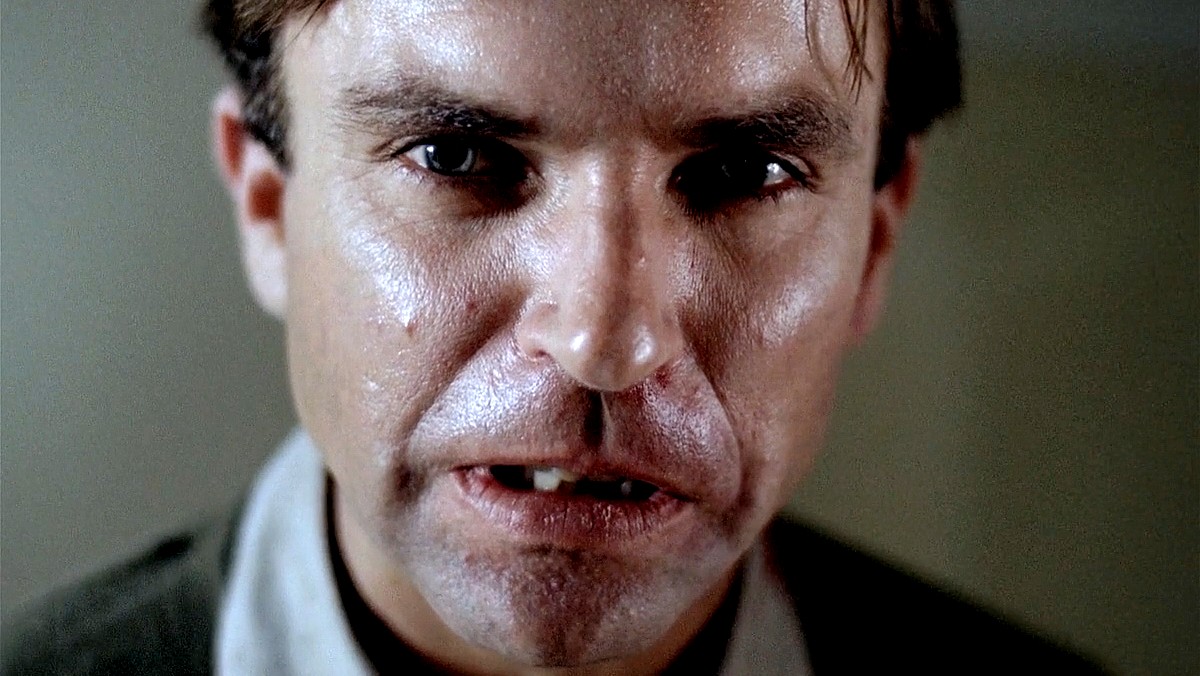 Nowadays, Neill is mostly known for his work in the Jurassic Park universe and his collaborations with Taika Waititi, a fellow New Zealander. He’s a charming, cozy presence on social media, and I love that for him. But 40 years ago this week, he also made a name for himself in horror. I hope he returns to the genre again soon. He’s a fascinating performer with a lot to add to the horror world. If only he avoids Sutter Cane.