Can a THE EXORCIST Revival Work in the 2020s?

William Friedkin’s horror classic The Exorcist is usually regarded as the greatest (and scariest) horror film ever made. Even after nearly 50 years, it has not lost its power to shock and disturb viewers. And now, this exalted example of the horror genre just may get another sequel. According to Variety, the folks behind this latest iteration are the same who brought the Halloween franchise back into prominence in 2018: Blumhouse Productions and director David Gordon Green.

But after three failed sequels (one even made twice!), and one critically acclaimed but little seen TV series, should this all-time classic simply be left alone? And can the cultural impact of the original truly replicate in today’s world? 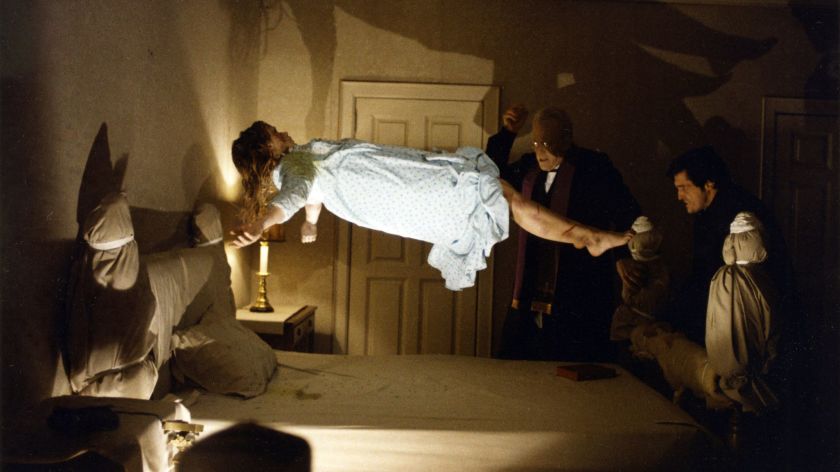 It’s hard to overstate the cultural significance of 1973’s The Exorcist. One of the only horror films ever nominated for multiple Academy Awards, The Exorcist also predates Jaws and Star Wars as the first live-action blockbuster in the horror/fantasy genre. How huge was this movie? Adjusted for inflation, Friedkin’s film would have made $1.04 billion dollars at today’s box office, and sold something around 116.5 million tickets.

The R-rated, adult-oriented The Exorcist became a cultural “must see” in the way that escapist films from Spielberg and Lucas would later become. Audiences up until that point had become used to gorgeous, glossy Hollywood productions that removed them from reality. But after the success of films like Easy Rider and Midnight Cowboy, “gritty” and “real” became moviegoers’ preferred aesthetic. And The Exorcist took that grit to a whole new level.

The most successful horror film by a mainstream studio before The Exorcist was Rosemary’s Baby. A tremendous film, but in terms of shock value, The Exorcist blows it out of the water. Friedkin’s movie feels like a documentary about a real life little girl (Linda Blair) possessed by Satan. When she says and does profane and vulgar things, you simply can’t believe you’re watching it. It’s almost like an endurance test. For months, audiences lined up around the block to see it. And even today, younger viewers find themselves  dropping their jaws at how the film pulls no punches. 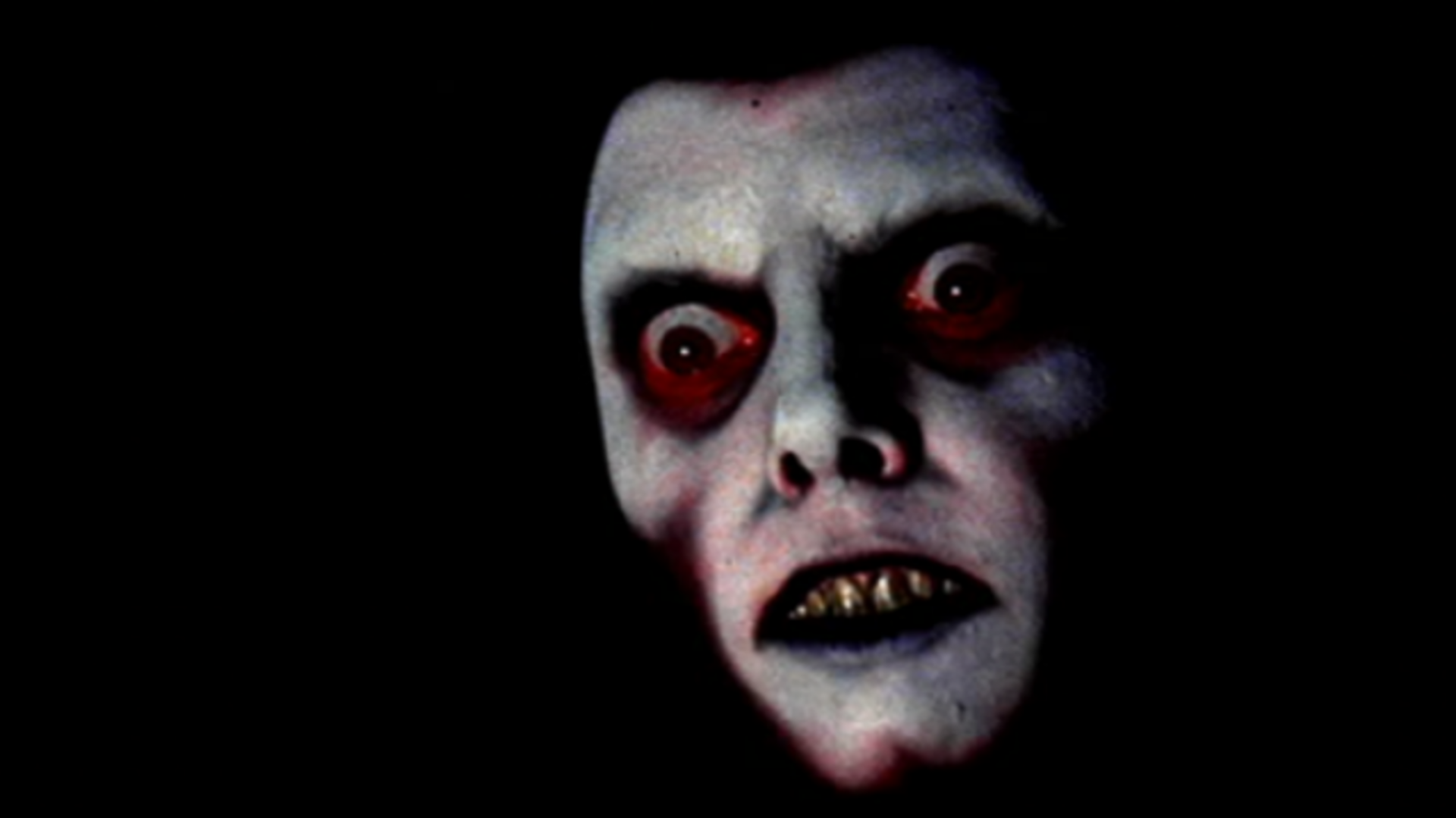 Even in the pre-“franchise fever” days of the ’70s, Warner Bros. knew that when your movie makes $232 million, you have to make a sequel. The original film’s director, writer, and star all wanted nothing to do with a sequel. There was barely a story to Exorcist II: The Heretic, which focused on Regan McNeil’s post-possession life and possible psychic powers. Exorcist II got horrendous reviews, with critics calling it “demonstrably the worst film ever made.”

Although 1990’s The Exorcist III was far better, and directed by the original novel’s author William Blatty, it barely broke even. Following it up was 2004’s prequel Exorcist: The Beginning. That film was actually made twice by two separate directors, notably because the first attempt came out “unwatchable.” That version eventually released under the title Dominion: Prequel to the Exorcist; neither did well critically or commercially. 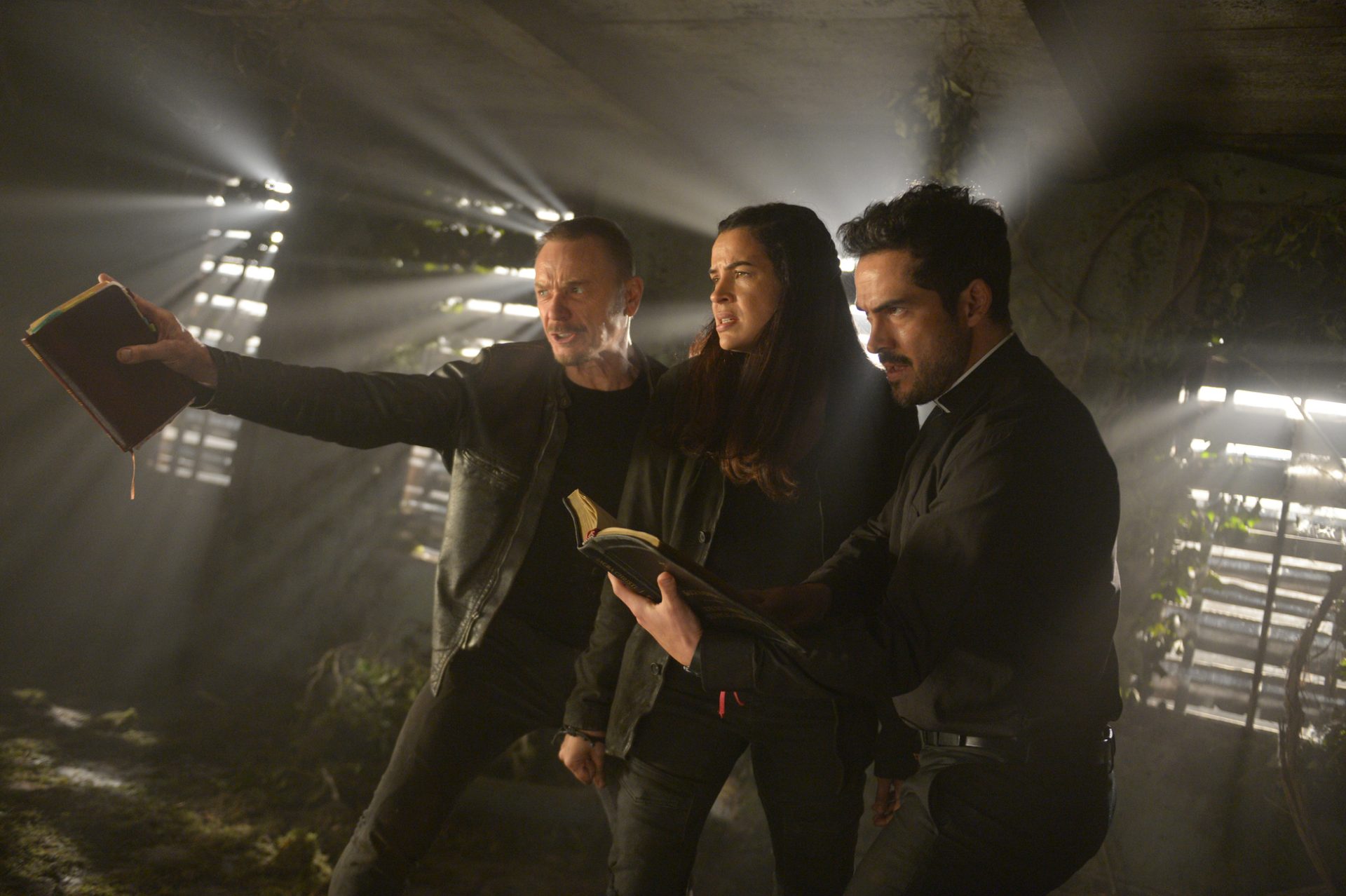 Finally, in 2016, an Exorcist TV series arrived, gaining much critical acclaim. Sold as a reboot, it ultimately reveals itself to be a sequel to the original film. But even that version couldn’t pull in viewers, ending up canceled. With so many attempts not getting the desired results, it’s hard to feel anything except ambivalence towards yet another Exorcist continuation.

The Case Against a Sequel 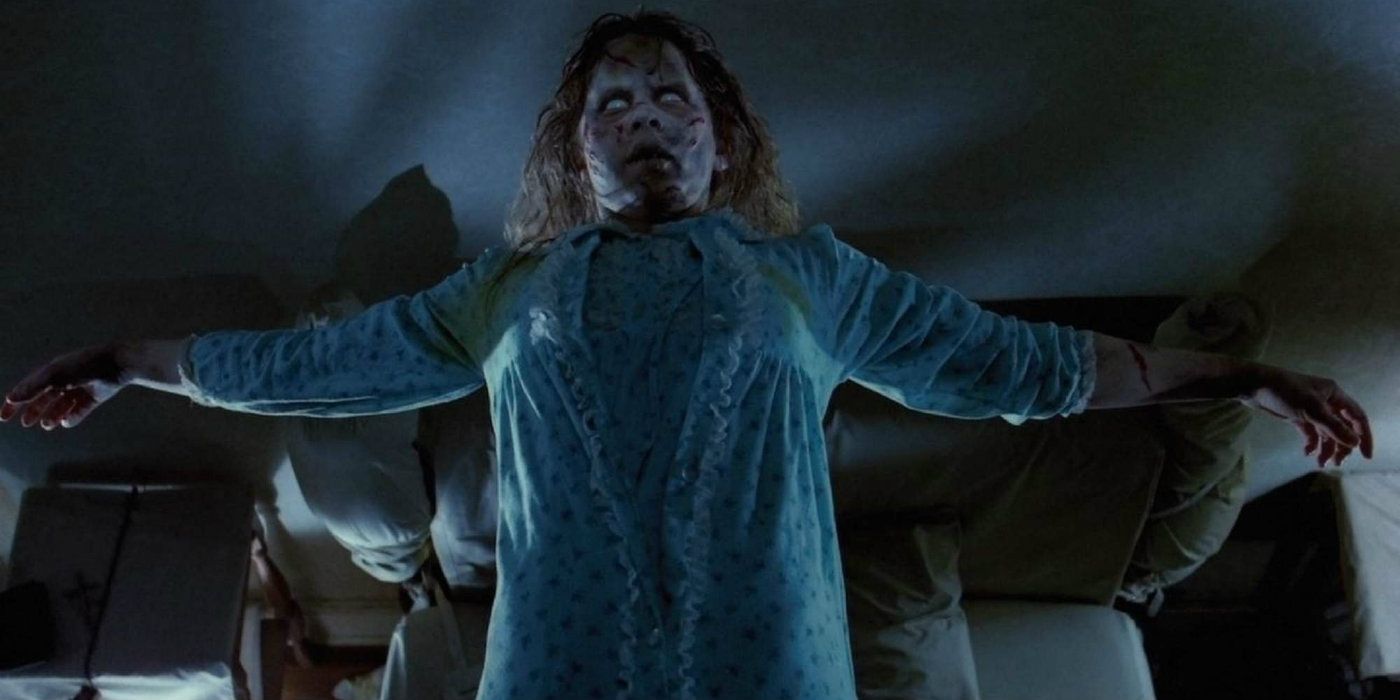 Our cinematic climate today just isn’t suited for a movie like the original Exorcist. These days, movies have to be relatively safe, because too much money is at stake. Even a bloody bonanza like David Gordon Green’s Halloween doesn’t do anything that is going to cause a ruckus in the greater culture. But it’s not the violence that would turn a contemporary audience away; modern horror has plenty of that. It’s the utter profane quality of that original Exorcist that no studio would dare try and replicate today. So why even try?

There is one director who is making films that could be seen as spiritual children to The Exorcist, and that is Ari Aster. Both of his recent films, Hereditary and Midsommar, have that unrelenting dread and downright disturbing nature of William Friedkin’s film. Though critically beloved, those films didn’t set the box office on fire. Blumhouse doesn’t want to make a movie with the brand name of The Exorcist just to appeal to an art house crowd. They want to pull in a mainstream audience. But anything like the original Exorcist is simply no longer a mainstream Hollywood product.

The Case for Another Sequel 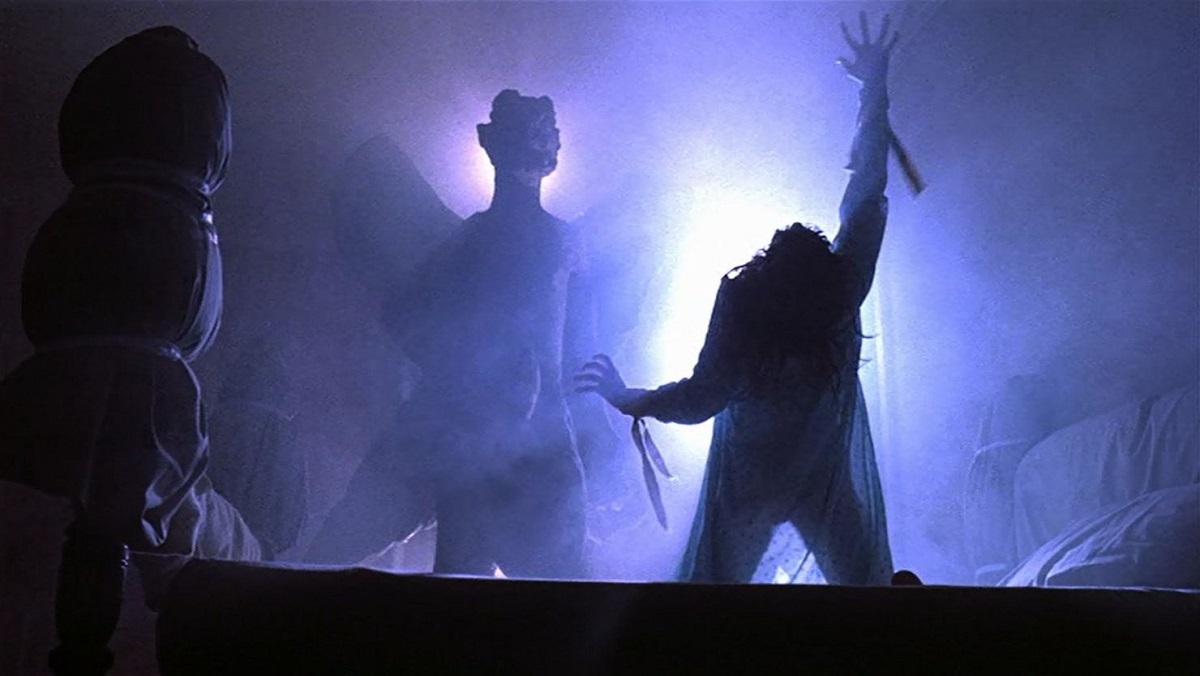 For years, I thought The Exorcist, along with Stanley Kubrick’s The Shining, were untouchable. Then in 2019, Warner Bros. produced a sequel to The Shining in the form of Doctor Sleep, which became a critical hit. Doctor Sleep showcased how a sequel to an iconic masterpiece can be executed with integrity.

With 2018’s Halloween, David Gordon Green successfully made a “many decades later” sequel that erases all the previous sequels. So it stands to reason he might possibly do the same with The Exorcist.

If we were to venture a guess, the new movie will simply be called The Exorcist, but it’ll be a sequel to the original that ignores all the other sequels. Perhaps with new priests driving the same ancient demon out of a new victim. There might be some reveal that it’s the same demon as the original film, but the connections probably end there. It’s a sequel only loosely, but also a reboot too. That’s essentially what the 2016-18 TV series did, but maybe movie audiences might find that more palatable than network television audiences. 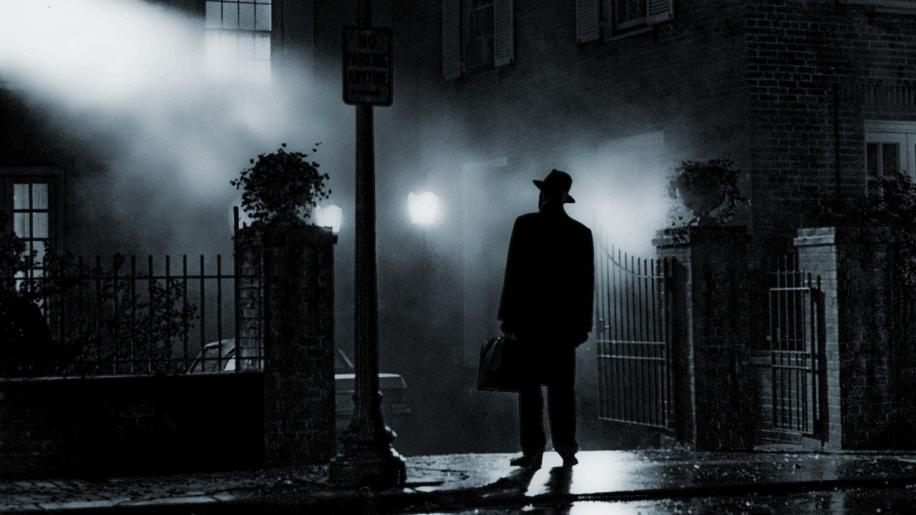 If anyone can pull it off in this decade, it would be the horror masters at Blumhouse. After all, who thought an old property like The Invisible Man could prove relevant in 2020? But if it doesn’t work this time, we think it’s officially time to put a moratorium on any continuation of The Exorcist. It may simply be a moment in pop culture that simply can’t be replicated.