All of the Major AMERICAN HORROR STORY Crossovers in APOCALYPSE - Nerdist

All of the Major AMERICAN HORROR STORY Crossovers in APOCALYPSE

by Lindsey Romain
This post contains spoilers for the entire eighth season of American Horror Story.Â  American Horror Story: Apocalypse ended without a bang. In the season’s closing moments, the titular apocalypse is reversed in a bit of time-travel trickery, as new Supreme witch Mallory (Billie Lourd) travels back to a period time before Antichrist Michael Langdon (Cody Fern) passed the Seven Wonders and assumed his Satanic role. Catching him in a moment of weakness, Mallory is able to run Michael over repeatedly with a car, therefore killing him before he could orchestrate nuclear holocaust.But evil still wins out in the end. A new Antichrist is born, and the cycle looks doomed to repeat. It’s a nihilistic grace note to a season that, more often that not, was dedicated to rapturous fan service. The big hype leading up to Apocalypse was that it would serve as a crossover for two of the show’s most popular seasons: Murder House and Coven. But it managed to work in references to other seasons, too, all while forging its own demonic identity.If you skipped this season but are curious how the show pulled off its big crossover, or if you simply need a refresher after enduring those 10 intense hours of television, here’s a rundown of how American Horror Story: Apocalypse wove together all of those threads and changed the series forever. 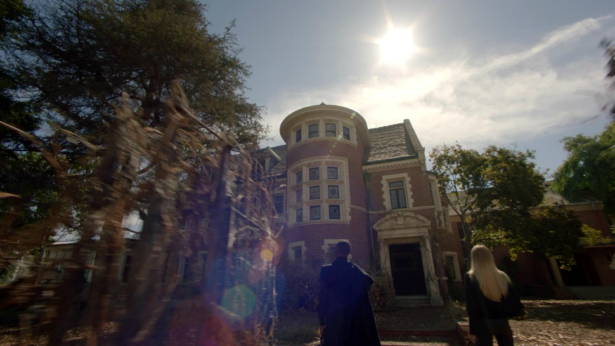 Murder House was the first season of American Horror Story, and took place in a Victorian mansion in Los Angeles loaded with ghosts. The Harmon family â€“ Ben (Dylan McDermott), Vivien (Connie Britton), and daughter Violet (Taissa Farmiga) â€“ moved into the house in the series premiere, and were slowly torment by its spirits. Vivien was raped by one of the ghosts, Tate (Evan Peters), which resulted in pregnancy, which resulted in Michael: Apocalypse‘s big bad and the literal Antichrist.That’s the setup for season eight, which has an automatic Murder House reference baked into it in the form of Michael. But the season tossed in plenty of other nods to its first outing, including an entire episode where they go back to the house. In “Return to Murder House,” witch Madison Montgomery (Emma Roberts) and warlock Behold Chablis head to Michael’s birthplace to uncover secrets about his past. There, they summon the Murder House ghosts, including the Harmons, Tate, and Michael’s grandmother Constance (Jessica Lange, who returned to AHS for the first time since Freak Show). The episode, directed by Sarah Paulson, was steeped in fan service, and also threw a nod at one popular fan theory: Paulson’s Murder House character Billie Dean Howard tells Madison she knew of some Montgomerys who lived in the house long ago, which seems to imply Madison is a descendant of the murderous Montgomerys, played by Matt Ross and Lily Rabe in season one.The events of this episode were erased when Mallory rewound time in the finale, which means one of its biggest moments â€“ the redemption of Tate and reunion with his true love Violet â€“ never actually happened. 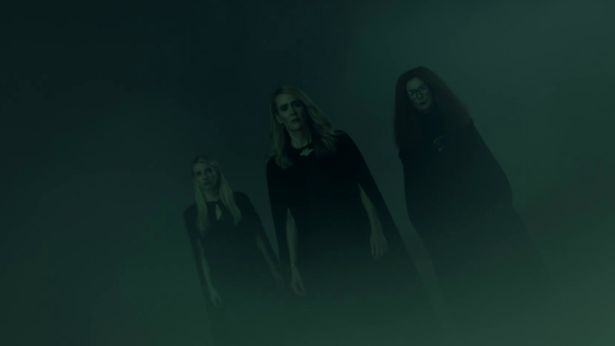 In a lot of ways, Apocalypse is really just a direct sequel to the show’s third season, Coven. The witches play a major role in this season, and almost all of them return in some way: Cordelia (Sarah Paulson), Zoe (Taissa Farmiga), Queenie (Gabourey Sidibe), Myrtle (Frances Conroy), Misty (Lily Rabe), Madison, and Stevie Nicks (as herself) all play roles, and a few new witches â€“ including Lourd’s Mallory and Leslie Grossman’s Coco â€“ join the coven. The season is largely about their coming back together, uniting with a faction of warlocks, and combating the Antichrist, who they at first mistakenly assume is one of them.We also return to Coven‘s main location,Â Miss Robichaux’s AcademyÂ for Exceptional Young Ladies, the white New Orleans manor house where the witches learn spells and develop their powers.Apocalypse even snuck in a few extra treats for fans of Coven. In the final episodes, we see the return of Nan (Jamie Brewer) and Papa Legba (Lance Reddick), and â€“ most excitedly â€“ a brief appearance from Angela Bassett’s fierce voodoo priestess Marie Laveau. When even got a look at Kathy Bates’ Madame LaLaurie still suffering in Hell, which is always a delight. 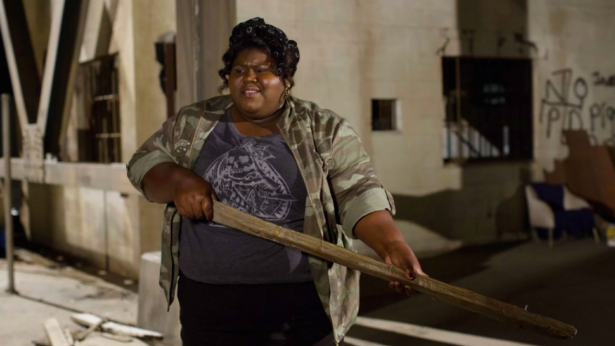 Yes, Apocalypse was designed to be a Murder House/Coven crossover, but it also managed to be a Hotel crossover, too! In fact, a large portion of episode four, “Could It Be… Satan?” is spent in the titular Hotel Cortez. Fans will recall that Queenie came to the Cortez in season five, but was trapped and killed there. In Apocalypse, Cordelia comes to the hotel to try to retrieve her, but isn’t able to break the spell. In her afterlife at the Cortez, Queenie plays chess with notable ghost James March (Evan Peters), one of that season’s most memorable characters. Eventually, Michael demonstrates his magical abilities by saving Queenie from the hotel and reuniting her with her coven, and she remains a major player as Apocalypse plays out.Though the end of Apocalypse doesn’t alter the timeline of anything we see in Murder House and Coven, it does directly impact the plot of Hotel, rendering much of what plays out in that season moot. Mallory prevents Queenie from heading to the Cortez, meaning she never died there â€“ which could have a major impact on how that series wrapped up, if we think about the butterfly effect of it all.We have no idea what season nine has in store. Will it be another crossover, or something entirely new? One thing is for sure: Apocalypse changed the game for American Horror Story, and we can’t wait to see the ripple effects of this season going forward.