It’s 2020: a brand new decade. Congrats, we made it! And what a decade it was, both historically and pop culturally. It was a big decade for film, all capped off by an excellent 2019. The Nerdist team already compiled our big list of “ best movies of the decade,” but we also wanted to pay special attention to 2019. Now that the year is over and we’ve had a chance to check out all of the big (and small) releases, we wanted to offer our take on the best films of the year.

From big spectacles to intimate family dramas to comedies and beyond, these are the 15 movies we loved the most this year. 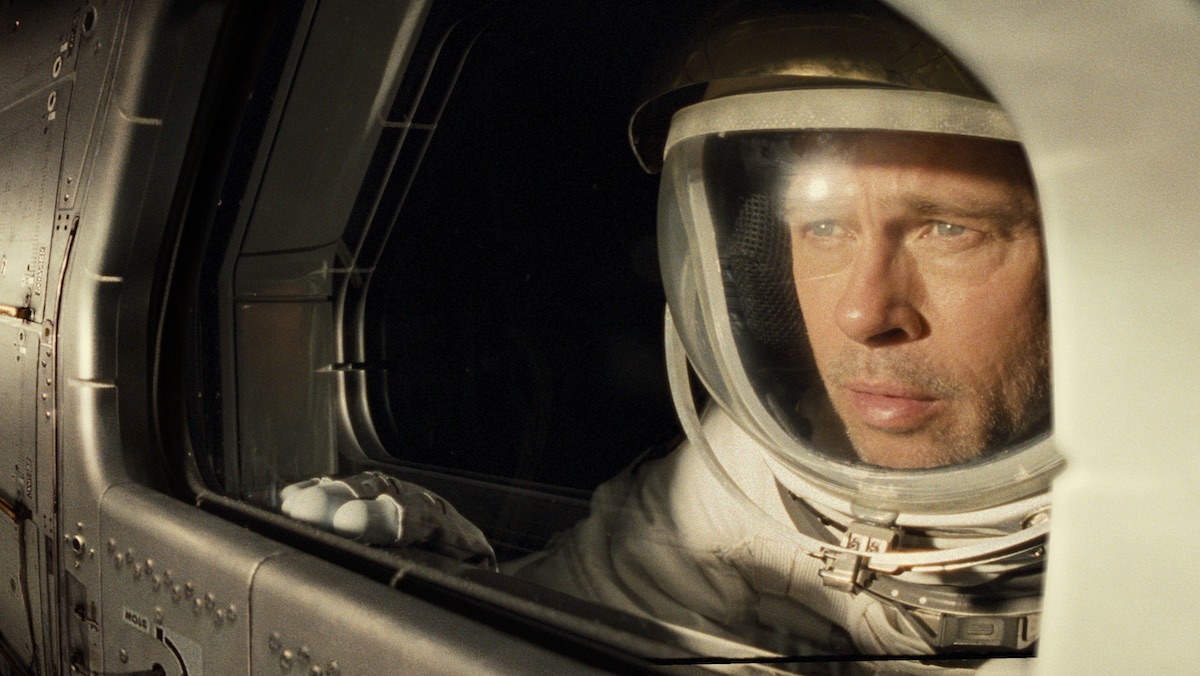 Brad Pitt had an excellent year, starring in two big films: Quentin Tarantino’s Once Upon A Time… In Hollywood (more on that in a bit), and this James Gray science fiction film. In Ad Astra, Pitt plays a man who heads deep into space looking for his missing astronaut father, whose fate is tied to the safety of the solar system. Like all the best space movies, it contrasts the grand opera of the universe with a smaller human story, crafting a mesmerizing spell in the process.

Who says big superhero movies can’t be great? Endgame was the culmination of a decades’ worth of big screen Marvel storytelling, and it absolutely nailed it on every level. It’s a crowd-pleaser, yes, but it’s also the first time we’ve really felt the gravitas of human sacrifice in the MCU. That makes for powerful emotional beats, like every moment with Robert Downey Jr.’s Tony Stark. The result is a perfect blend of fan service and payoff.

Olivia Wilde’s directorial debut Booksmart blew our socks off earlier this year. The high school comedy tells the story of a pair of over-achieving friends (Beanie Feldstein and Kaitlyn Dever) who realize on the eve of graduation that they wasted their glory days studying. In an effort to have one last big fun night, they vow to attend one final blowout party with their classmates–but getting there is half the trouble. The movie is hilarious, irreverent, and perfectly of its time–the sort of teen classic the next generation will revisit with nostalgia for years to come. 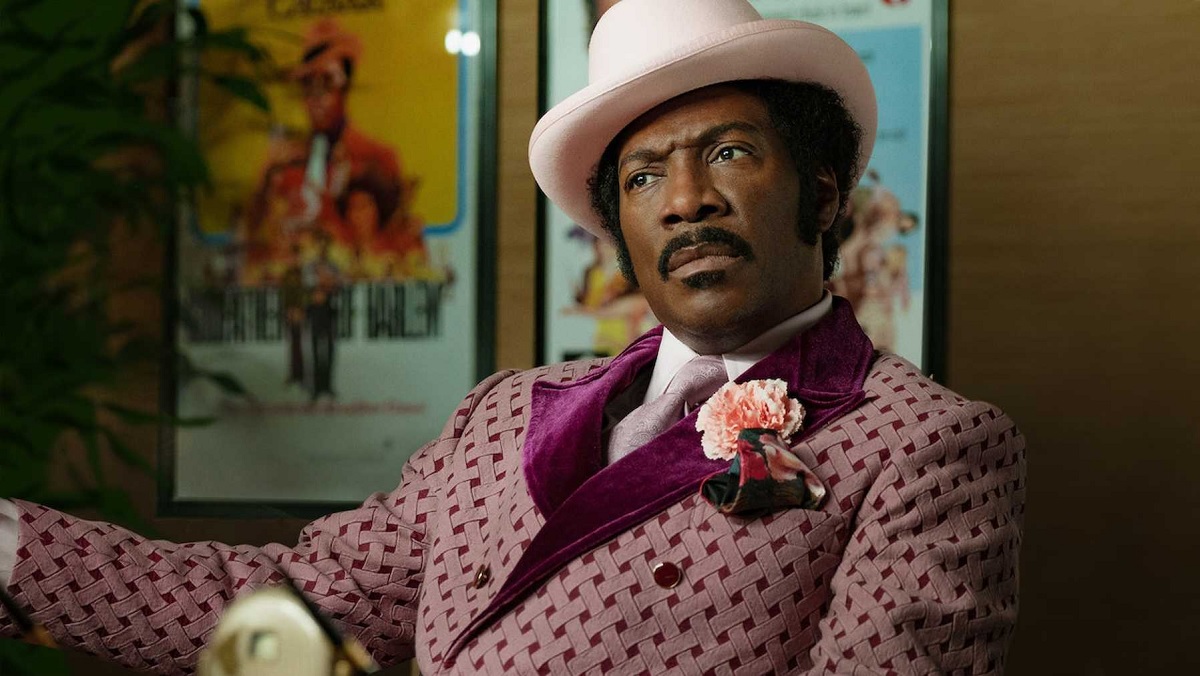 Dolemite Is My Name

We love Eddie Murphy and we especially love Eddie Murphy when he’s on his A-game, like he is in this fantastic Netflix biographical comedy. He stars as real-life filmmaker Rudy Ray Morris, and the film tracks his journey from standup to the making the blaxpoitation film Dolemite. With an impressive cast, a beautiful visual flair, and a career-best performance from Murphy, this film alone justifies the need for Netflix era cinema.

Lulu Wang brought us one of the most tender and beautiful movies of the year with The Farewell. Awkwafina stars as Billi, a writer who learns that her grandmother Nai Nai has only a short time left to live. She travels to Changchun, China–where her family lives–to attend her cousin’s wedding, a gathering meant to be one final hurrah before Nai Nai’s passing. The movie is a personal story for Wang, and it shows in every lovely frame. This is the sort of small human movie we need more of, an aching and funny testimony to humanity.

Jennifer Lopez gives the performance of her career in this comedy from writer/director Lorene Scafaria. Lopez and Constance Wu lead an excellent female cast as a team of strippers who drug their wealthy clients and run their credit cards. The movie is a sharp and hilarious exploration of complicated female friendship and sisterhood, and the sort of epic crime saga usually reserved for male characters. It’s also inspired by a true story, which makes it all the more wild and delicious. 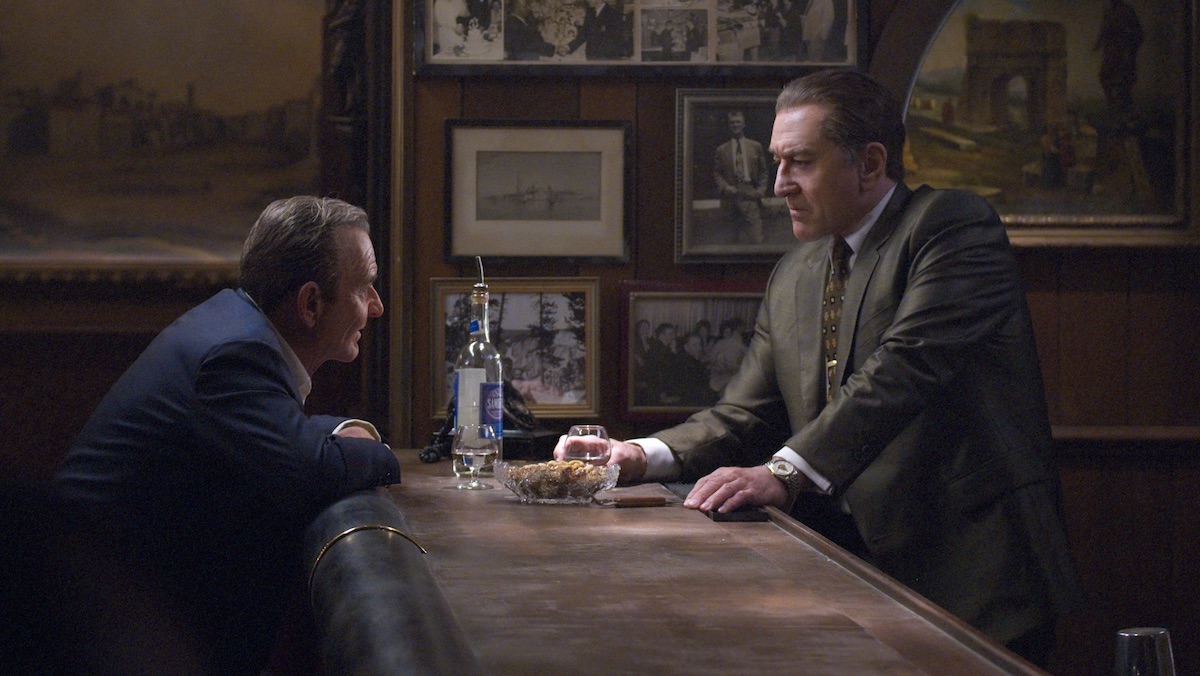 It feels like we waited a century for Martin Scorsese’s The Irishman, about a truck driver who becomes a hit man who works for Jimmy Hoffa. It’s a crime epic, with an incredible decades-spanning central performance from Robert De Niro, and memorable supporting turns from Al Pacino and Joe Pesci. And with a more than 3-and-a-half-hour runtime, it’s the kind of movie that asks a lot of its audience–but because this is from the maestro Scorsese, it never feels like a chore.

Through his bodily grace and incredible pathos, Keanu Reeves has transformed the John Wick series into one of the best modern-day action franchises. It’s a simple story of revenge that transcends boundaries, with incredible and fantastical world-building that makes the universe feel solid and realized. In this third entry, Reeves’ titular hitman is on the run from the legion of assassins that once employed him. His attempt to flee takes him into an underworld of crime and violence, from New York City to Morocco. The action is more inventive and brutal than ever, and Reeves is at his best.

This A24 film from newcomer Joe Talbot tells the story of a young black man named Jimmie and his attempts to reclaim the Victorian home his grandfather built in the heart of San Francisco. He’s joined by his best friend Mont as he explores the layers of family and gentrification at the root of the city. It’s a film about the longing for community, the meaning of home, and the depths of friendship. The movie is based on lead actor Jimmie Fails’ own life and journey, and it absolutely shows.

Did we really need another adaptation of Louisa May Alcott’s Little Women? Greta Gerwig is here to say “yes, indeed we do.” This is somehow the most interesting and layered take on the source material yet, jettisoning traditional format to weave Alcott’s tale into a new, modern tapestry. This version of Little Women tells the story of the March sisters–Meg, Jo, Beth, and Amy–in two contrasting timelines, showing the juxtaposition of adolescence and adulthood and the painful boundaries between the two. Saorise Ronan is stellar as the headstrong Jo, but Florence Pugh steals the show as Amy, the first time a version of this story made her protestations feel impactful instead of annoying.

Gerwig’s partner Noah Baumbach also delivered a stellar film this year with this intimate story about the trenches of divorce. Scarlett Johansson and Adam Driver–both in career-best performances–play a couple on the outs. She’s an actress who wants to move their family to Los Angeles, he’s a New Yorker hellbent on keeping their life and son grounded there. They split up and attempt to navigate cross-country parenting, but at a grievous personal cost. It’s an unflinching depiction of divorce, and a deeply personal story for Baumbach. That makes it all the more harrowing and heartbreaking.

Florence Pugh had a major year, and was especially devastating in this horror film from Hereditary writer/director Ari Aster. In his follow-up feature, Pugh stars as Dani, a young woman who travels with her boyfriend Christian and his pals to a remote Swedish village after a terrible family tragedy. They arrive to the commune, Hårga, in time for their midsummer festivities, and are exposed to a series of rituals that shock them and lure them in. The events are really a metaphor for the dissolution of Dani and Christian’s relationship, and the way things play out… well, this is one breakup fable you won’t forget. 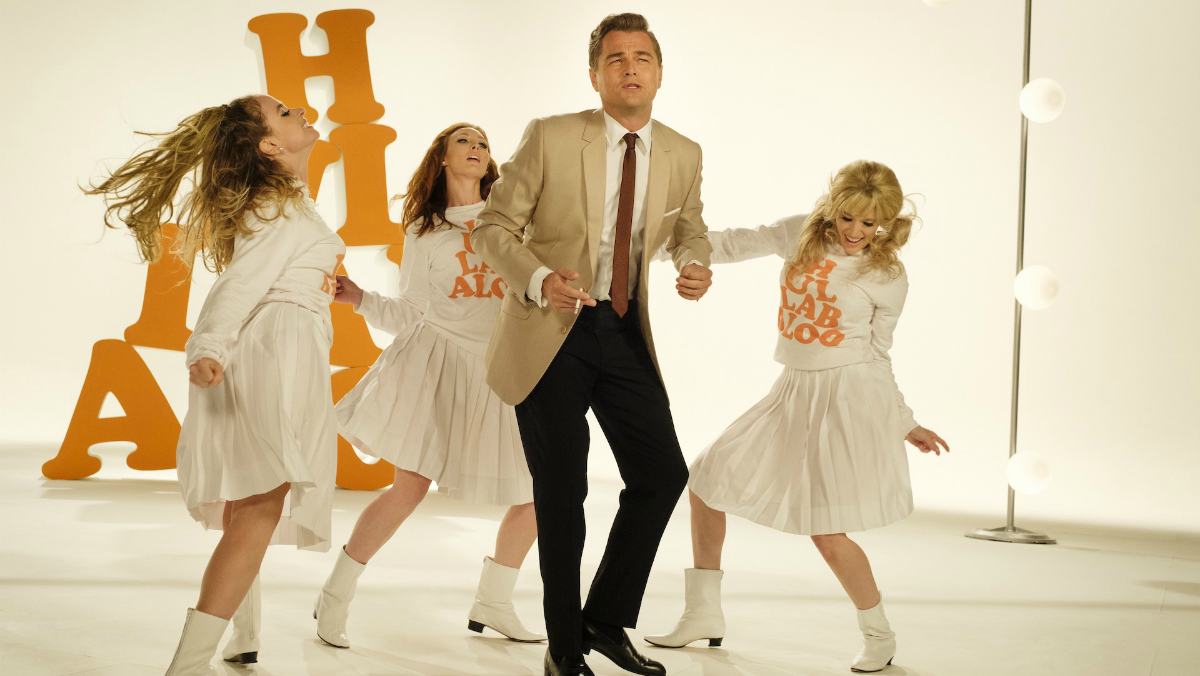 Once Upon A Time… In Hollywood

Quentin Tarantino’s ninth film (if we count both Kill Bills as one volume) is arguably his most tender yet. It’s a love letter to Tinseltown, a revisionist tale about late ’60s Hollywood and what might have been. Leonardo DiCaprio stars as actor Rick Dalton and Brad Pitt as his best friend and stunt double Cliff Booth. Together, they navigate the studio system, as Dalton transforms from TV to movie star. Set against the backdrop of the Manson murders, it also weaves in real-life murder victim Sharon Tate (Margot Robbie) in unexpected ways. It’s a hard movie to shake, for how indelibly it gets into your head and makes you feel.

We won’t say too much about the plot of this Bong Joon-ho suspense flick, in case you still haven’t seen it. This one is best to experience without a flicker of knowledge about the plot. What we will say: this South Korean film is a riveting exploration of class, which shifts in tone throughout, dipping into genre storytelling and emerging into something you’d never be able to predict. It’s the best film of the year– an absolute masterpiece.

Jordan Peele is a genius. That really goes without saying. The Oscar-winning screenwriter and director blew us away with Get Out, and came back this year for another impressive horror entry. Us is a lot of things. It’s the story of family and identity, a commentary on American politics and society, and at times a truly uproarious comedy. It’s not as chiseled as Get Out, but its attempt to say something big and ambitious about the world makes it an even more interesting film, with a tremendous and unforgettable duel performance by Lupita Nyong’o at the center.

TAGGED: hustlers, Little Women, marriage story, Once Upon a Time in Hollywood, the farewell, Us, John Wick 3, Midsommar, Booksmart, ad astra, The Irishman, dolemite is my name, Parasite