I’m not gonna lie here: space movies kinda terrify me. Not movies like Star Wars where space is a setting; I’m talking like Gravity or Contact or Sunshine. Space is inherently a vast, unending void, proving in umpteen-billion ways how tiny and insignificant we are. But they also make for great thoughtful, existential pieces. Because after all, what are we if not obsessed by our own place in the universe? And this is what James Gray’s Ad Astra seems to wonder too. Its latest IMAX trailer has us curious, and tensing our bodies something fierce.

Within the first 45 seconds of the trailer, I’m petrified. Astronaut Brad Pitt falls off a space station and plummets toward…the Earth. Luckily it seems he makes it out okay, staying much calmer than I would. But that’s not even close to the biggest thrill. Pitt’s father, played by Tommy Lee Jones, is missing. He’s been gone for years, presumed dead in space. But, the first man to the outer solar system, he seems to have (or have had) knowledge vital to the survival of the cosmos. Not just the Earth here, folks; the Sun and all its planets.

Uncontrolled anti-matter reaction sounds especially bad. But what about lunar-rover laser gun fights? I’m dying to know what’s going on there! And what did Pitt’s father find? Your gut might say “aliens,” which is a fairly safe bet. But Donald Sutherland’s character says “the enemy up here is not a person or thing; it’s the endless void”. And what do we know about voids? Bad. 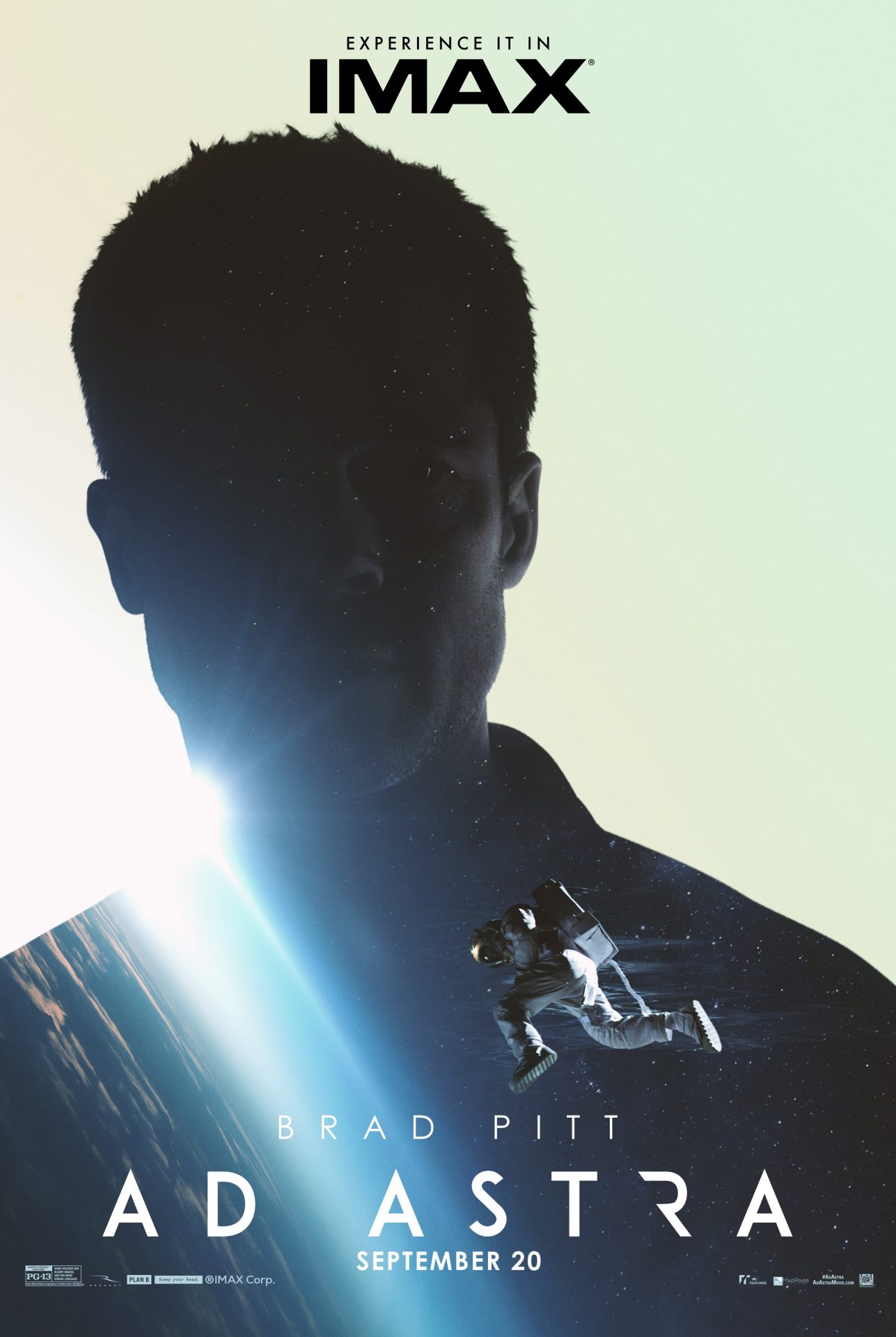 Boasting super cool music from composers Max Richter and Lorne Balfe, and gorgeous and haunting cinematography from Interstellar and Dunkirk‘s Hoyte Van Hoytema, Ad Astra has a lot of great in its corner to start with. And how cool is the above IMAX poster? Looks like Pitt has space on the brain. Space brain! Could that be the discovery?

Either way, on September 20, you’ll get to experience Ad Astra in stunning (and probably butt-puckering) IMAX. Start doing exercises now.