MARRIAGE STORY Is a Devastating, Beautiful Portrait of Love in Crisis (Review) - Nerdist

MARRIAGE STORY Is a Devastating, Beautiful Portrait of Love in Crisis (Review)

Charlie Barber’s life is hell, but he’s trying to forget it—just for a moment. He sits with his friends in a crowded New York bar, under balmy lamplight, wine glasses filled, bodies pressed together in a too-small booth. He’s going through a divorce, he might lose custody of his young son, but he’s cracking jokes; a rare moment of levity after hours of painful, red-faced arguments, bicoastal travels, beer-stained nights alone in a Los Angeles hotel room.

As the laughter comes to a boil, a piano man in the corner starts up a new song. It’s “Being Alive,” the show-stopping number from Stephen Sondheim’s 1970 Broadway musical Company. Charlie leaps up to the mic to giggle-sing his way through the opening verses, eager to impress his friends; to show them he’s still capable of joy. He’s about to sit down, to let the song continue without him, but something takes over. Something primal and revelatory. He steps back to the mic, and he finishes the song about a man desperate for love and companionship, for something to jolt him back to life.

Somebody need me too much.
Somebody know me too well.
Somebody pull me up short,
And put me through hell,
And give me support,
For being alive,
Make me alive.

It’s a moment that comes late in Noah Baumbach’s Marriage Story, but that reverberates through every frame before and after. We all want the kind of love Charlie sings about. To be recognized, understood, challenged, incentivized. But sometimes we force it with the wrong person, and lose sight of love altogether along the way. Marriage Story is about divorce, yes, but it’s also about the evolution of love; of recognizing a fatal flaw in a relationship and molding it into something new.

It’s an intimate, detail-rich film anchored by two career-best performances by its leads: Adam Driver as Charlie and Scarlett Johansson as Nicole, two artists whose visions and dreams fleetingly align, but are really just passing ships in the night. Marriage Story finds them both mourning what could have been and what will never be. The result is a portrait of a relationship that feels frighteningly real; every bump and bruise. It’s a staggering film, one of the best of the year, and maybe the best-ever cinematic depiction of divorce thanks to how honestly and fairly it examines every angle. 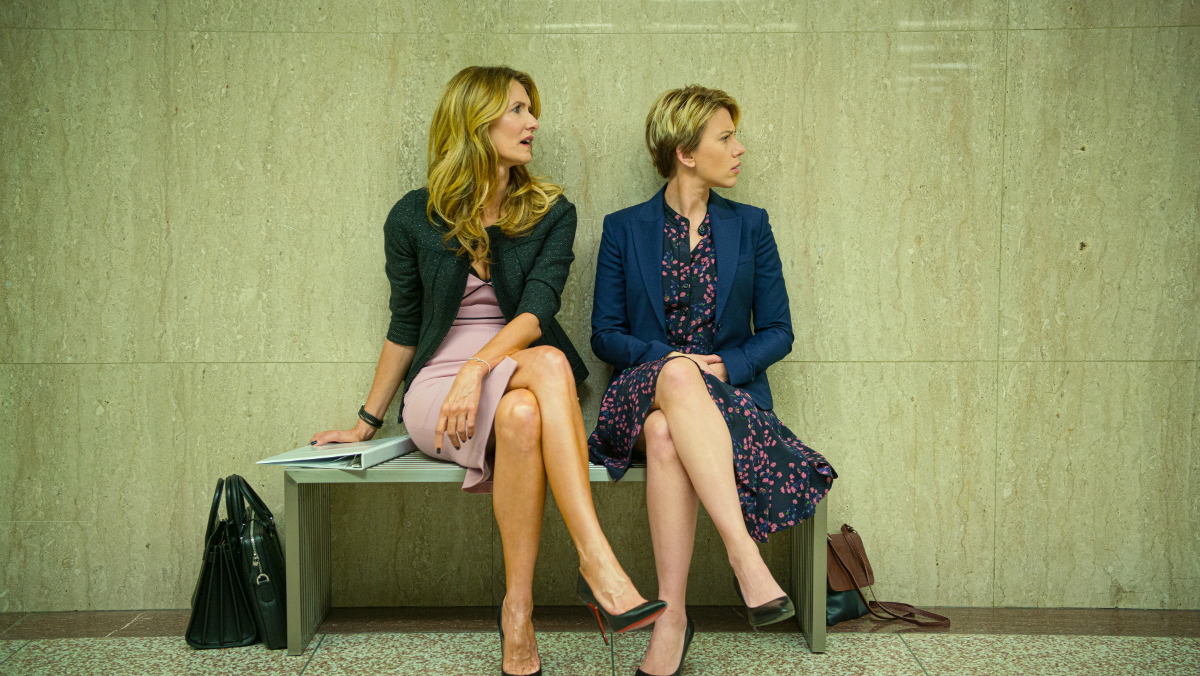 That’s the greatest strength of Marriage Story: that you never feel like you’re on a side. The film opens with Charlie and Nicole in a mediator’s office. In two separate but braided montages, we listen to each spouse list off what they love about the other person. Nicole loves how much Charlie loves being a dad to their son Henry (Azhy Robertson), even the parts he’s not supposed to love, like waking up in the middle of the night.

Charlie loves that Nicole is always honest. She’s an actress who hit it big in a raunchy comedy film as a teenager, but shifted gears when she met Charlie in New York. He’s a Midwest transplant who left his alcoholic parents behind to become a theater director in the city. She becomes his muse. Their love sounds idyllic, and yet we know from the offset it’s doomed; though we, the audience, hear their lists in a voiceover, Nicole refuses to actually read hers out loud. She’s angry, sad, and hurt, not about to expose herself for anyone’s benefit.

The first portion of the film follows Nicole as she moves back to Los Angeles, her hometown, to work on a television pilot and spend time with her family: her mom Sandra (Julie Hagerty) and sister Cassie (Merritt Weaver). She brings Henry with her, to Charlie’s annoyance. At the coercion of a coworker, she decides to find a divorce lawyer. She lands on Nora Fanshaw (Laura Dern), a feisty attorney who challenges Nicole to fight for her happiness. In a devastating monologue, Nicole reveals to Nora the depths of her pain: how Charlie never cared about her desires or dreams, insulted her acting career, made her feel small. Los Angeles is where she feels like herself, and she’s ready to situate herself there permanently with Nora’s help. Even if it means hurting Charlie in the process. 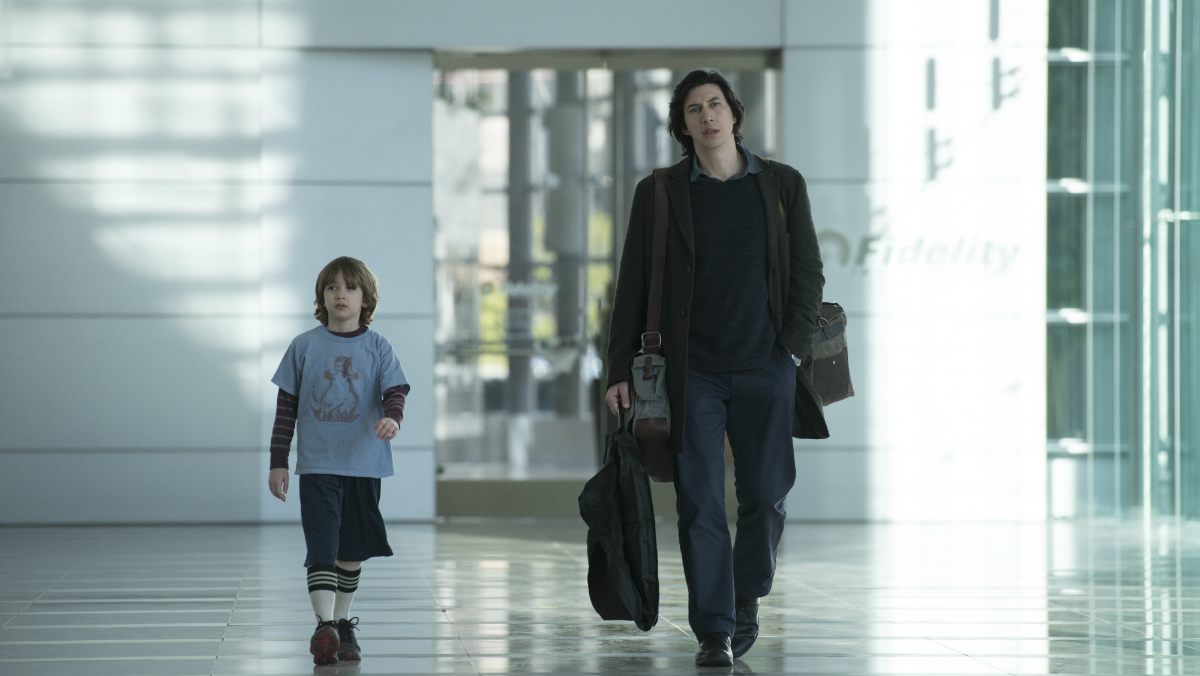 It does hurt him. He still considers them a New York family and is too stubborn to recognize the mess he’s created by prioritizing his theater company over Nicole’s happiness. He flies back and forth between coasts, desperate to spend time with Henry but letting their moments together slip through the cracks as he navigates the legalities of divorce (finding his own lawyers, figuring out pick up times, keeping track of the names of the new people in his son’s life).

Unlike the headstrong Nicole, Charlie is aloof in this whole process. He doesn’t understand why things can’t be easier. He’s so used to having things his way that this divorce is not just an inconvenience, but a total metamorphosis. He can’t be the man he once was, casually aware of the people in his life. He’s forced to learn what it means to actually see people.

Baumbach makes Charlie and Nicole feel so absolutely real, that their tension-fueled moments are breathless and gut-punching. There’s one centerpiece argument scene that is gasp-inducing in how precise it is, almost like a boxing match; each verbal blow leaves a blood trail. Charlie won’t admit his flaws—his infidelity, his selfishness—and Nicole likes being the victim a little too much. They insult one another, reframing innocuous moments as poisonous deceit. It’s a fight every audience member knows, in some way, whether we’ve been a part of it ourselves with a partner, parent, or sibling, or heard it from the other room, helpless to intervene. It’s the sort of scene that punishes and haunts you. All the things that can’t be unsaid, that follow us as our lives transition into whatever comes next. 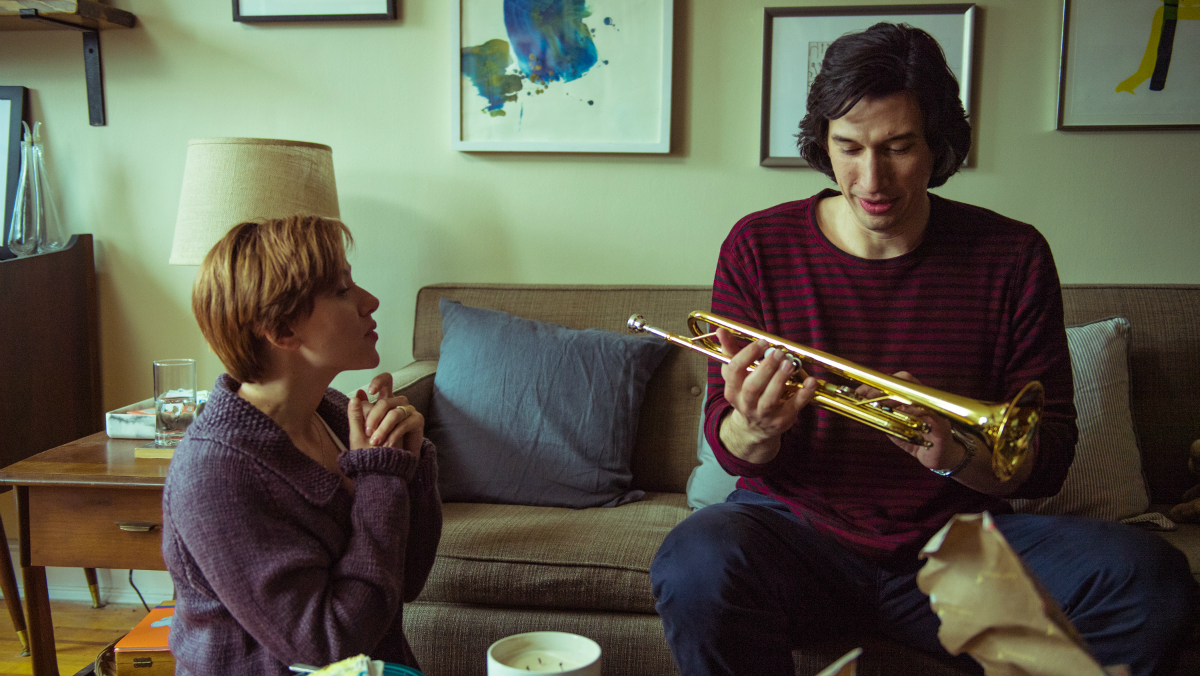 If ever a movie had “Oscar buzz” stamped all over it, it’s Marriage Story. Driver’s performance is probably the most notable, as he plays every card in his deck. His rendition of “Being Alive” is the movie’s real standout moment, because of how unshowy it is; his voice doesn’t have the shimmery glean of a Broadway performer, but the ache of a real man. Johansson is also excellent; in lesser hands, Nicole might come off as spoiled and fickle, but Johansson makes her strong and compassionate. Dern is hilarious as Nora, a standout supporting role with a number of hilarious one liners. (At one point she rants about the nature of absentee men, citing God as the original deadbeat dad.) Alan Alda and Ray Liotta also make memorable turns as Charlie’s lawyers, and Hagerty is a joy as Nicole’s actress mother.

But it’s Baumbach that somehow emerges as the film’s real star. Just as he did in his other divorce movie, The Squid and the Whale, he funnels his own experience into the narrative. You don’t get something this note-perfect without suffering through something real, some violent confrontation of self. Charlie’s performance of “Being Alive” is Baumbach’s message for the movie bleeding through the screen:

Somebody make me come through,
I’ll always be there,
As frightened as you,
To help us survive
Being alive.

It’s movies like Marriage Story that help us survive.