ONCE UPON A TIME IN HOLLYWOOD Defies All Expectations (Review) - Nerdist

ONCE UPON A TIME IN HOLLYWOOD Defies All Expectations (Review)

It’s been 25 years since Pulp Fiction ushered in the age of prestige indie films and Quentin Tarantino’s hold on the public. It’s been 50 years since one of the hottest summers on record in Los Angeles and a series of brutal, shocking murders rocked the Hollywood Hills. Anyone who’s spent any real time in Tinsel Town knows how much the Tate-LaBianca murders loom large over the public consciousness. It was only a matter of time, then, for Tarantino to tackle the subject in his own unmatched style. That film, Once Upon a Time…in Hollywood, is not at all what you’d expect… and yet exactly what you’d expect.

In his ninth film, Tarantino explores a bygone age of both Hollywood and America. An age just on the cusp of the studio system’s replacement with New Hollywood mavericks. Handsome TV stars were a dime a dozen and nobody knew what to do with them. “Cliff, old buddy,” says Leonardo DiCaprio’s Rick Dalton to his stuntman/manservant, “I’m a has-been.” It’s a movie about people, times, music, a way of life relegated to the history books. Things are not like they were; not what they would be. 1969 represents a loss of innocence and an awakening to the evils of the world. But this is a fairy tale. It’s “once upon a time.” 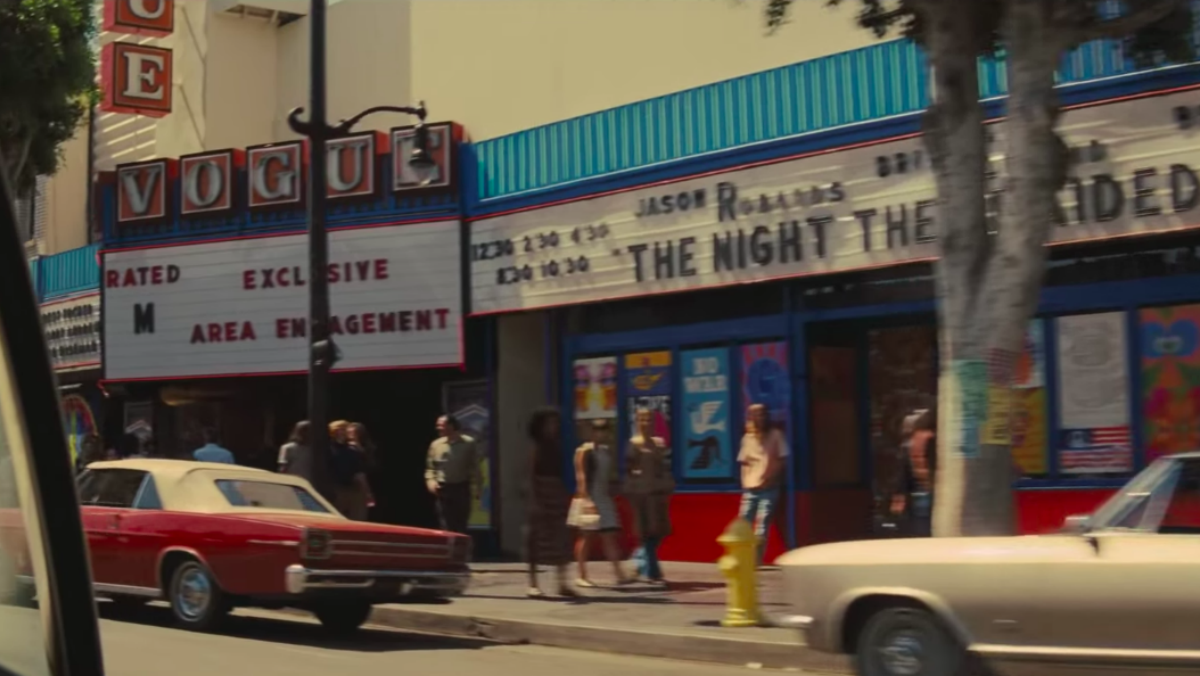 Tarantino tackles his subject in a much more laconic and elegiac way than we’ve ever seen him do before. Huge chunks of the movie are dedicated to its characters hanging out, listening to music, driving too fast, and nearly making history. Unlike the director’s three previous films—Inglourious Basterds, Django Unchained, and The Hateful Eight—which were long movies but with a clear plot and propulsive narrative, Once Upon a Time…in Hollywood acts as more of a march toward oblivion. Fate is all that separates people from obscurity and infamy.

The film’s three main characters live vastly different lives; DiCaprio’s Dalton is a star on the fade. Once a handsome leading man, he’s lately relegated to TV guest spots as “the heavy” rather than the hero. His waning career causes him near-constant mental anguish and he’s begun to drink heavily alone in his now-too-expensive Cielo Dr house. His stuntman Cliff Booth (Brad Pitt) has burned way too many bridges with his brashness and now only exists to drive Dalton to work and do menial labor before returning to his trailer behind a drive-in theater deep in the San Fernando Valley. They’re both very much relics of a just-past era of Hollywood. 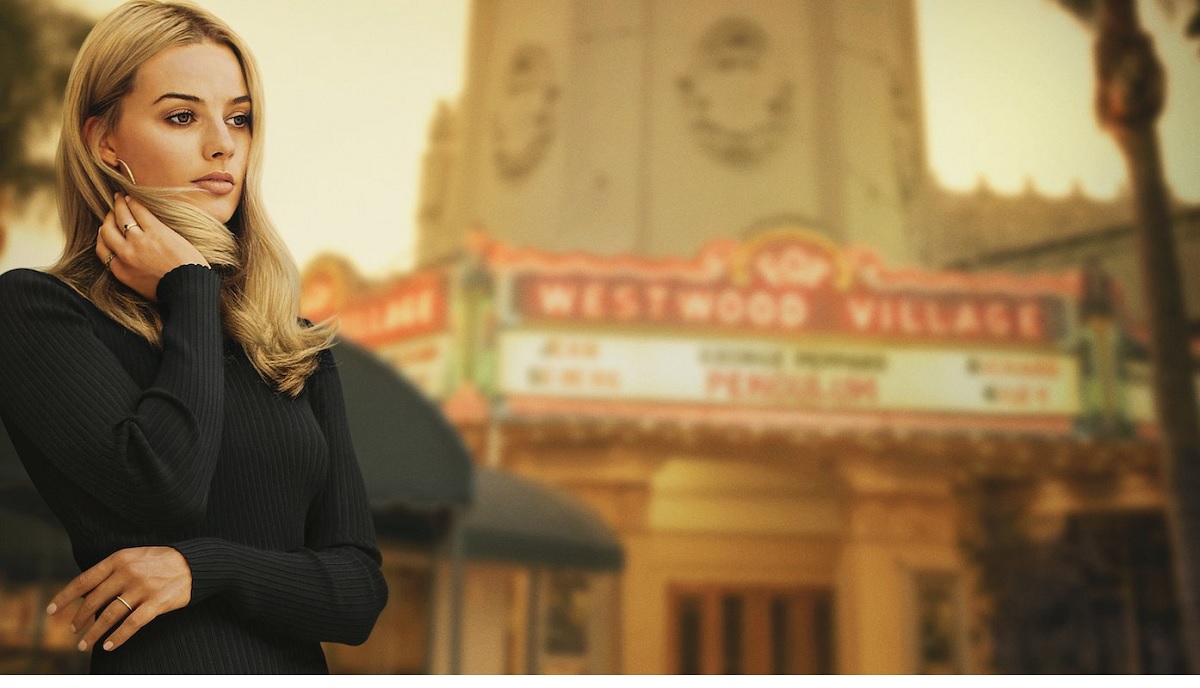 In contrast is Sharon Tate (Margot Robbie), the very real up-and-coming starlet who hadn’t yet gotten her big break, despite great supporting turns in movies. Newly married to Roman Polanski, she attends parties at the Playboy Mansion and rubs shoulders with the likes of Steve McQueen and Connie Stevens. Yet she’s still mostly anonymous; she needs to convince a movie theater ticket officer and usher that she’s actually in the movie they’re showing. She lives next door to Rick, but they don’t interact. She’s mostly “Roman Polanski’s wife.” We spend a lot of time with her, but it’s more incidental. We see her living her life, but not commenting on it. But we know who she is, and what fate awaits.

And that’s where Once Upon a Time…in Hollywood begins to play with that knowledge. Throughout the movie, the specter of doom that is the Manson Family looms large. With each reveal—the Cielo Dr. road sign, a group of flower children picking through garbage, Manson himself (Damon Herriman)—we start to feel more and more ill at ease. The tensest sequence in the movie involves Cliff’s visit to Spahn Movie Ranch to visit his old friend George (Bruce Dern). The Ranch is now overrun with Mansonites and Cliff’s terse conversation with Squeaky Fromme (Dakota Fanning) hearkens back to sequences like the bar scene in Inglourious or the poisoned coffee scene in Hateful Eight. But Tarantino, at every turn, is keen to upend our expectations of when that dam of tension will burst.

But ultimately that tension is merely a long, taut thread. The meat of the movie is much more mundane and lyrical. These people living their different Hollywood lives in a pretty realistic, slice-of-life presentation bleeds in and out of artifice and forced drama of “Hollywood” itself. Rick’s day on the set of a TV Western is shown as full, lengthy scenes from the show itself, but not shot like a TV Western and with occasional breaks for him to say “line” and go retry a take. Cliff’s boring chore of fixing the TV antenna on top of Rick’s house stops for a very long, very funny memory where he gets into an altercation with Bruce Lee between takes on The Green Hornet.

There’s a sense throughout of Cliff and Rick reliving “the glory days,” even if those days weren’t very glorious when looked at objectively. This might be close to Tarantino’s version of 8 1/2, where fantasy and reality blur. But it’s not blurring in the characters’ brains overtly; nobody jars them back to reality, and therefore we’re left wondering whether what we’ve seen is Tarantino having fun with us or projecting what he wants 1969 Hollywood to have been. Very likely it’s both. 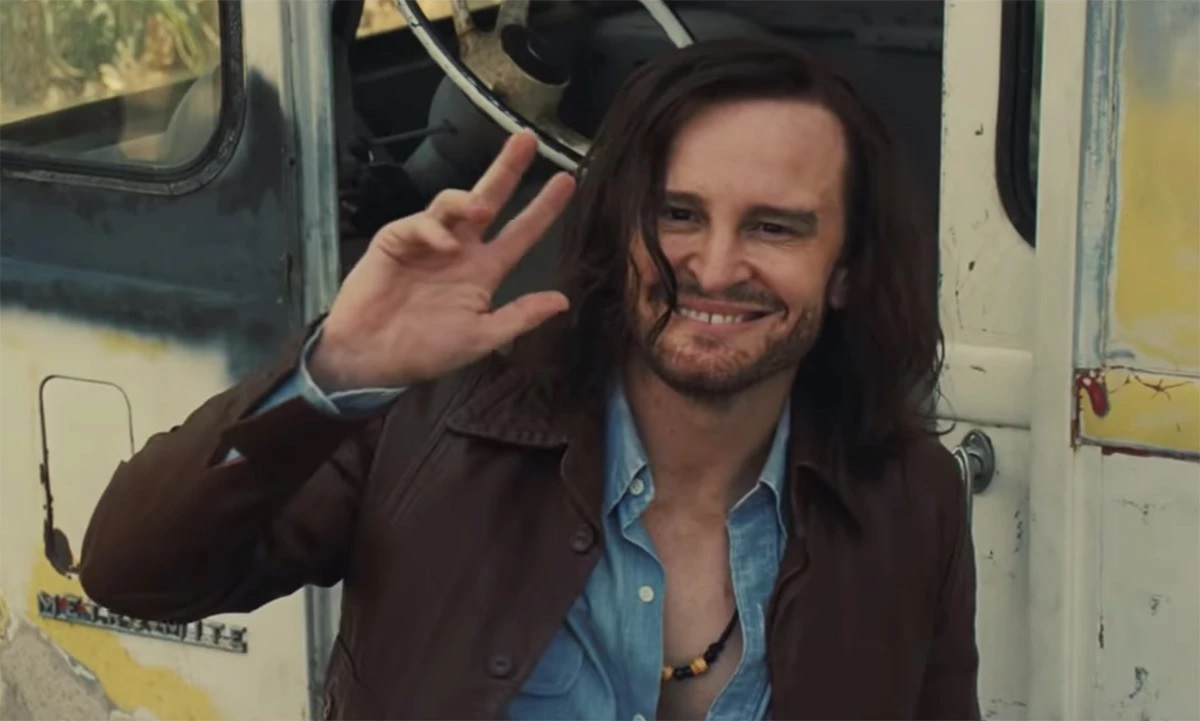 Through this good old days approach, the film comes across as regressive in a lot of ways. Youth is seen as some baffling affect of the times. Rick has open contempt for hippies and hippie culture. The movie is full of aged screen icons—Dern, Kurt Russell, Al Pacino—acting opposite DiCaprio and Pitt, who are just about there themselves. There’s a sense that if our two good ol’ boy leads had their way, the world would have turned out a lot different, and a lot better. But whether that’s Tarantino lamenting the march of time and wishing for the triumph of mediocre, interchangeable white dudes, or just him commenting on it through his characters is up for debate. Dalton is a fairly harmless dope while Booth isn’t far off from the violent, grinning psychopaths in the Family. As Margaret Qualley’s Pussycat says, “Charlie’s gonna love you.”

As I write, it’s been less than 12 hours since I’ve seen the movie. I had a night full of dreams about the movie, but I still don’t really know what to make of it entirely. And I think that’s the point. It feels a lot different than most Tarantino movies for the majority of its runtime. At the same time, there are more shots of women’s bare feet or bent-over rear ends than he’s ever had before. But also also, it feels like the most self-aware and self-effacing the usually hyper-confident Tarantino has ever been. 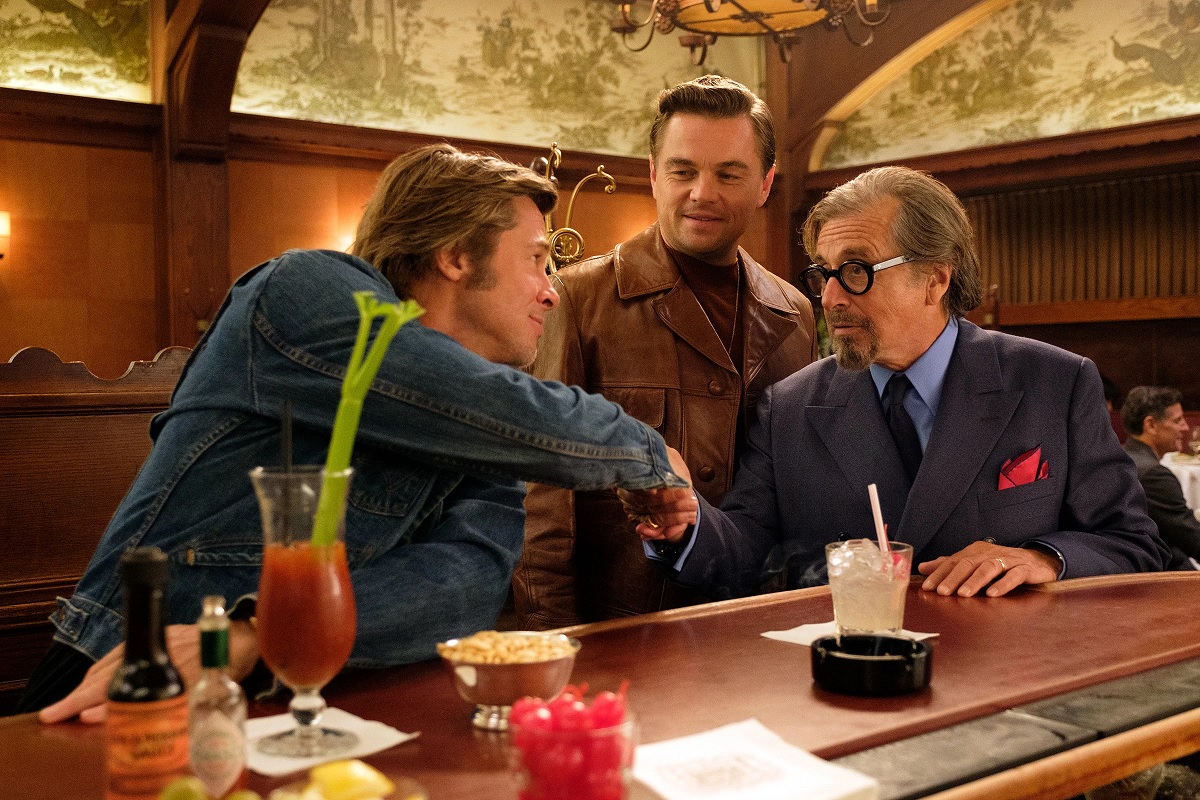 It’s the most like Pulp Fiction he’s been in years, and yet it’s the least. He’s trying far less to be cool than to comment on the cool. People listen to rocking music but the music very rarely makes the scene in question cooler. And, as ever, it plays fast and loose with history. But I think, this time around, it’s less about what might have been and more about what definitely wasn’t.

TAGGED: Quentin Tarantino, Kyle Anderson Review, Once Upon a Time in Hollywood