Our Favorite Comics About Each Avenger

With 22 films, countless characters, and dozens of intersecting plot lines, the Marvel Cinematic Universe can be a daunting place. But between the multiple series, retcons, and years of stories, Marvel’s comic book world is arguably even more daunting. For MCU fans newly hoping to to get into the books, the 80-plus-year comic history can be overwhelming. Especially when it comes to iconic mainstays like Iron Man, Captain America, and Thor. Fortunately, Nerdist is here to help with recommendations for which comics you should check out for each avenging superhero. 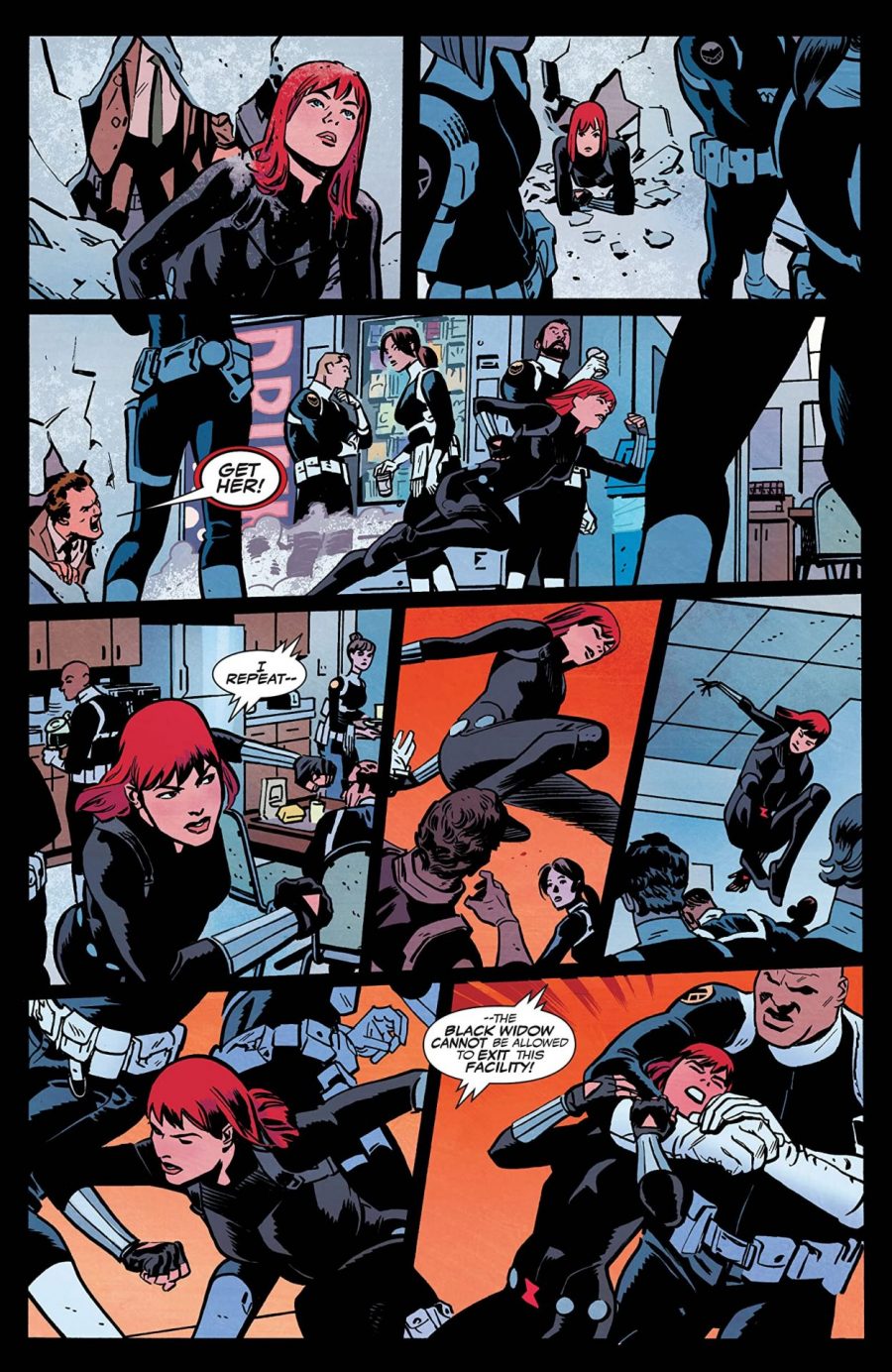 Mark Waid and Chris Samnee bring the assassin back to her roots with their Black Widow series, which is quintessentially a spy drama. But between the spy missions and dark shadows of her past, the story is filled with quiet moments where we get to see Natasha as a person and not a S.H.I.E.L.D. agent. It’s a story where the plot is largely driven by Samnee’s beautiful art, and one of the best balances of action versus character when it comes to an Avenger who isn’t always as relatable as other superheroes because of her hard past. 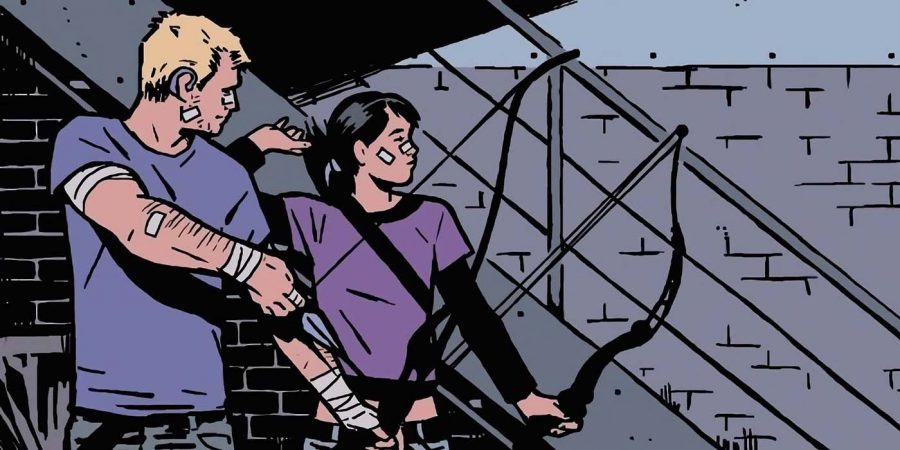 It’s cliché to say that Matt Fraction and David Aja’s Hawkeye series changed superhero comics, but there’s no mistaking why this series is as acclaimed as it is. In addition to superhero shenanigans, Fraction and Aja take Clint Barton down to the streets of grungy Brooklyn, focusing on the arching Avenger’s everyday life and bringing some very real stories and emotions to a character who hadn’t had a huge amount of solo spotlight before appearing in the MCU. Mark our words: Kate Bishop will become your new favorite character and Lucky the Dog will become your new best friend. 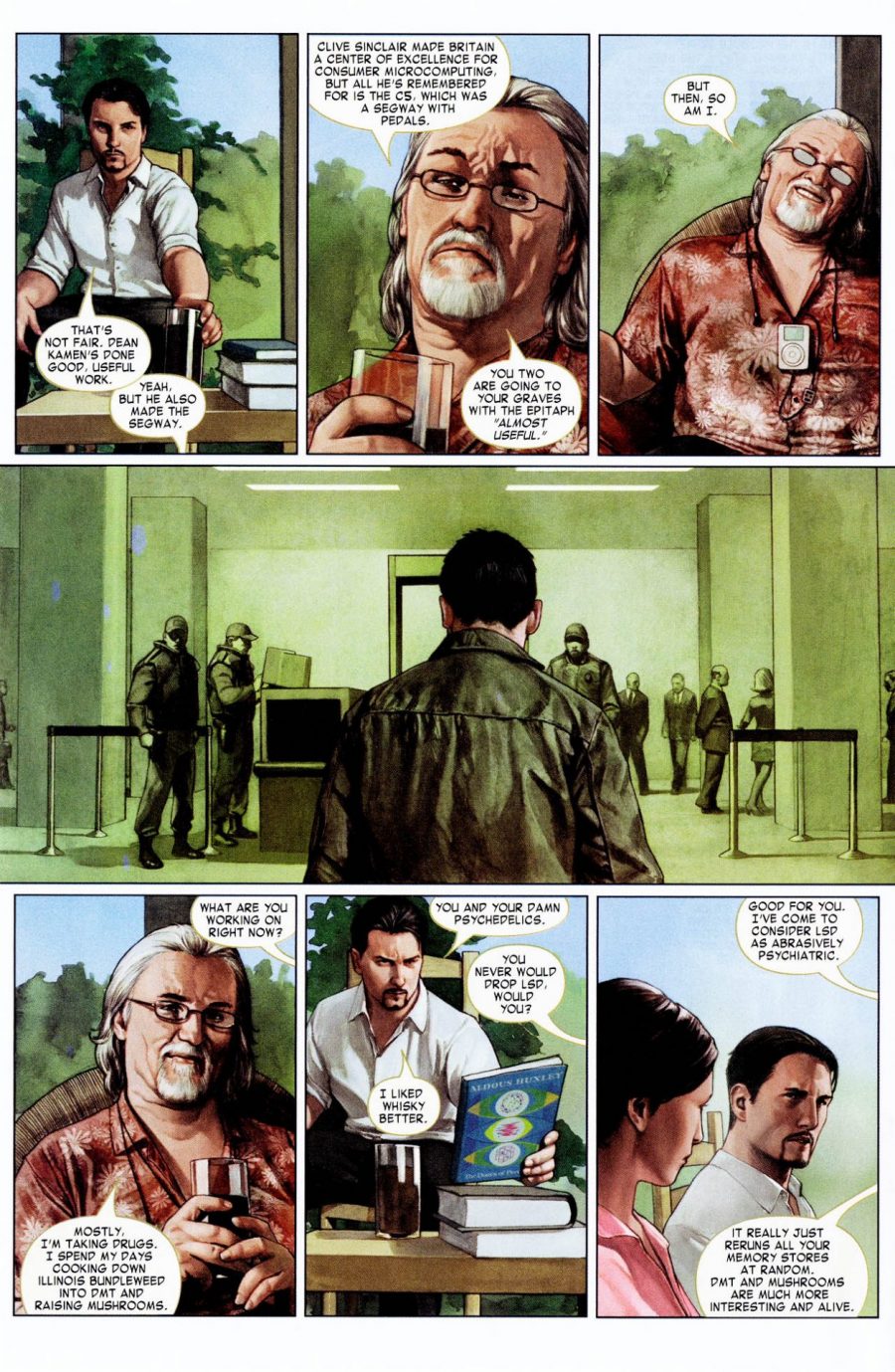 As you might expect, there are a bunch of defining Iron Man stories that helped shape the character into a relatable human—someone we could identify with as opposed to an egocentric billionaire—but Warren Ellis and Adi Granov’s Extremis is one of the best. (And you might recognize Extremis from Iron Man 3, which took its cue from sections of Ellis’ and Granov’s run.) This creative team not only gets into Tony’s head; they humanize him in a way that makes you realize just how important the character is to the entire Marvel Universe. Plus, that Granov art! 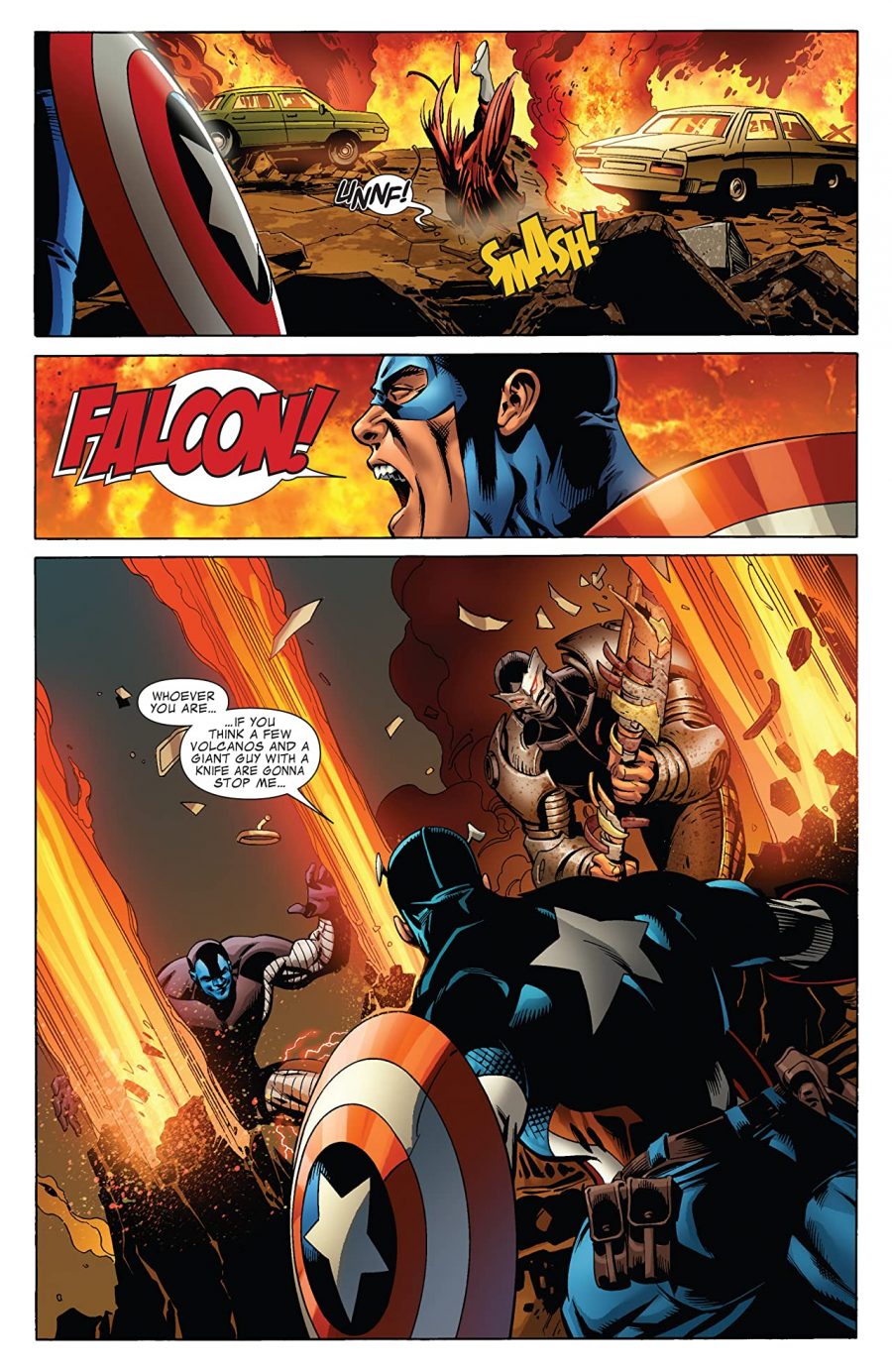 We gotta go with Ed Brubaker and Steve Epting’s Captain America: Winter Soldier—what many consider to be the “definitive” Cap run. There are good reasons for that: Brubaker brought back Bucky Barnes, added some political drama, and defined the character in a way that no comic had been able to do previously. If you like Steve Rogers in the MCU, this comic set up Cap in a way that would go on to influence his on-screen story and allow us to identify with and love the “kid from Brooklyn.” 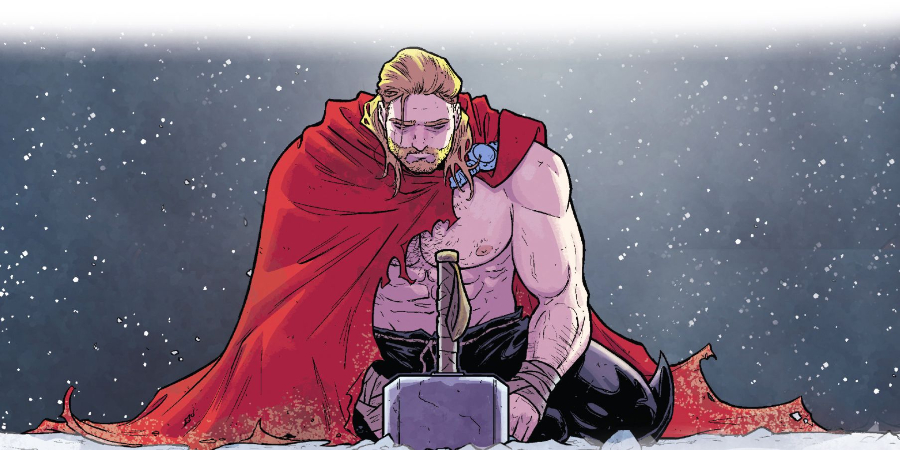 In our opinion, there’s no run that compares to Jason Aaron’s long-running Thor series. (It’s so good, it’s even the potential inspiration for 2021’s Thor: Love and Thunder.) Aaron humanizes the God of Thunder by crafting a tale filled with empathy, faith, and grandeur. Tag-teaming with talented artists and colorists such as Russell Dauterman, Matt Wilson, Esad Ribic, and Ron Garney, Aaron’s tale springs to life: a visually dazzling Thor that is complemented by Aaron’s epic storytelling. Yes, with six years worth of stories, this run is definitely an undertaking. But we guarantee you’ll be hooked as soon as you start reading. 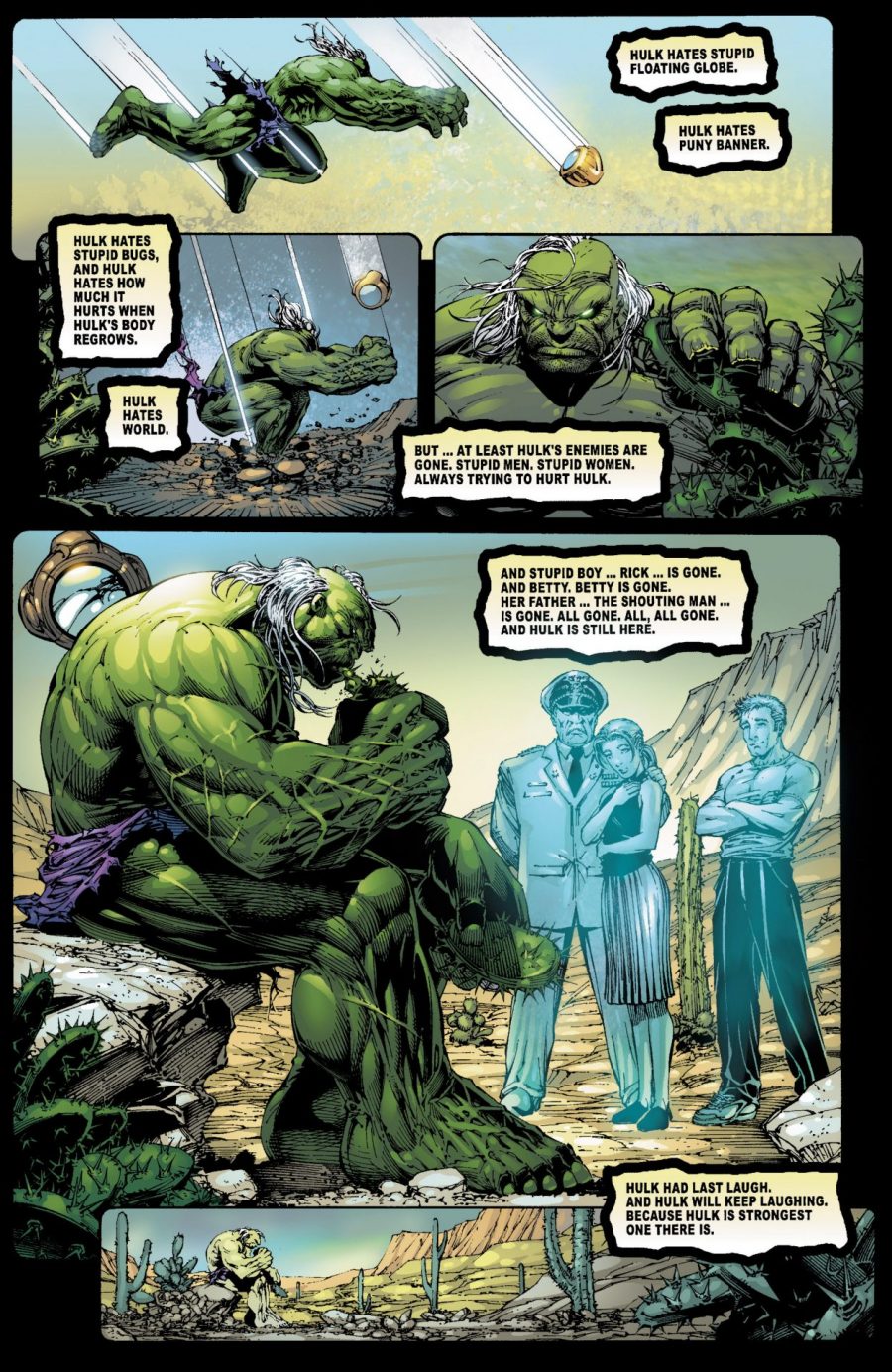 We love an intriguing, unique story about an intriguing, unique character. And that’s exactly what Incredible Hulk: The End is. Peter David and Dale Keown spin a tale of a Hulk who exists in the future, where everyone except himself is dead. It’s a story unlike most Hulk comic runs, one with a slight horror slant and a psychological deep dive into a character whose identities are always at odds. And that’s exactly why it’s brilliant. Alas, the comic is a one-shot, which means that you unfortunately won’t find more stories about Banner’s solo life on Earth. But it’s absolutely worth reading. 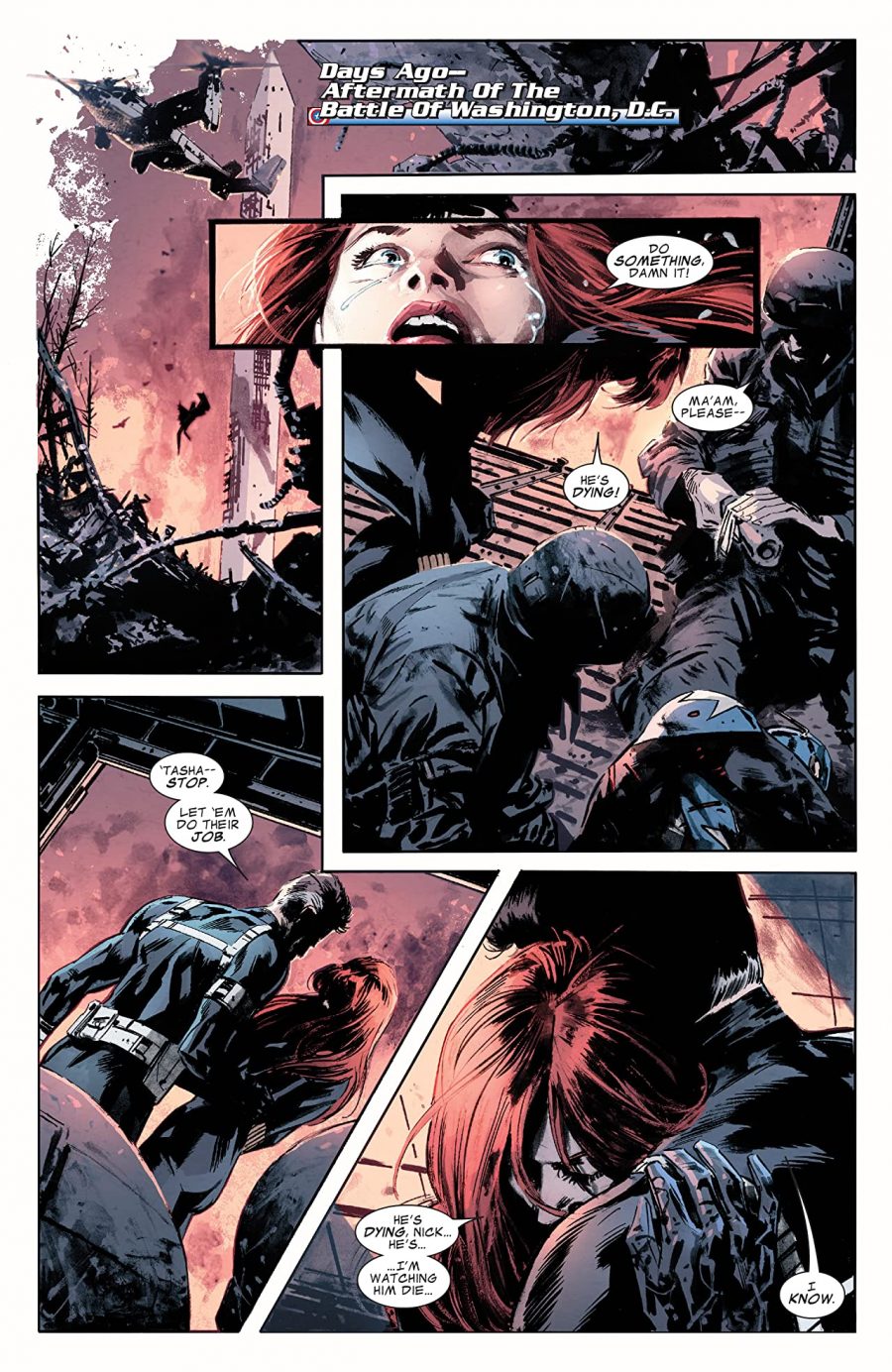 Okay, we’re cheating here a little. We chose Brubaker and Eptings’ Captain America: Winter Soldier as our Cap recommendation, but we couldn’t not choose Brubaker’s Winter Soldier arc for Bucky Barnes. It’s our opinion that no one knows Bucky better, and that’s apparent in the beloved run that teams the former soviet spy with another spy: Black Widow. Although their rapport has never really materialized in the films, the two characters had a long relationship in the comics. And this is the perfect “Mr. and Mrs. Smith of the Marvel Universe” story. 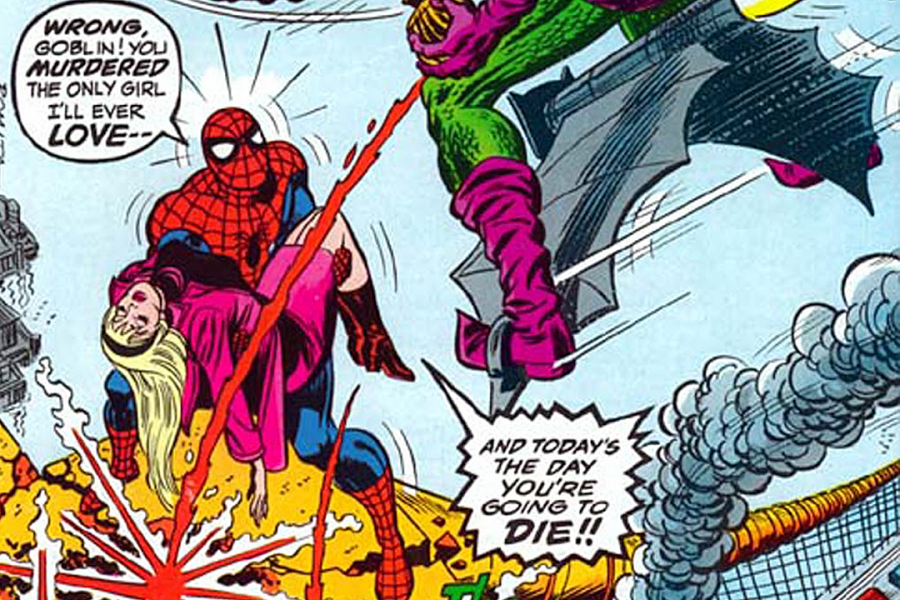 Gwen’s death is as personal and significant to Peter as Uncle Ben’s is, in that the event pretty much defines his life both as Spider-Man and a regular teen. Which is why The Night Gwen Stacy Died resonates. Hurting and overcome with rage, it’s Peter at his best and worst: he almost kills Norman Osborn out of pure anger but eventually realizes that revenge isn’t the answer. The lesson is an important one and a reminder that we can learn and grow from our mistakes and grief. Gerry Conway and Gil Kane’s story maybe an obvious pick as it’s at the top of most “best of” Spidey lists, but it’s there for a reason. 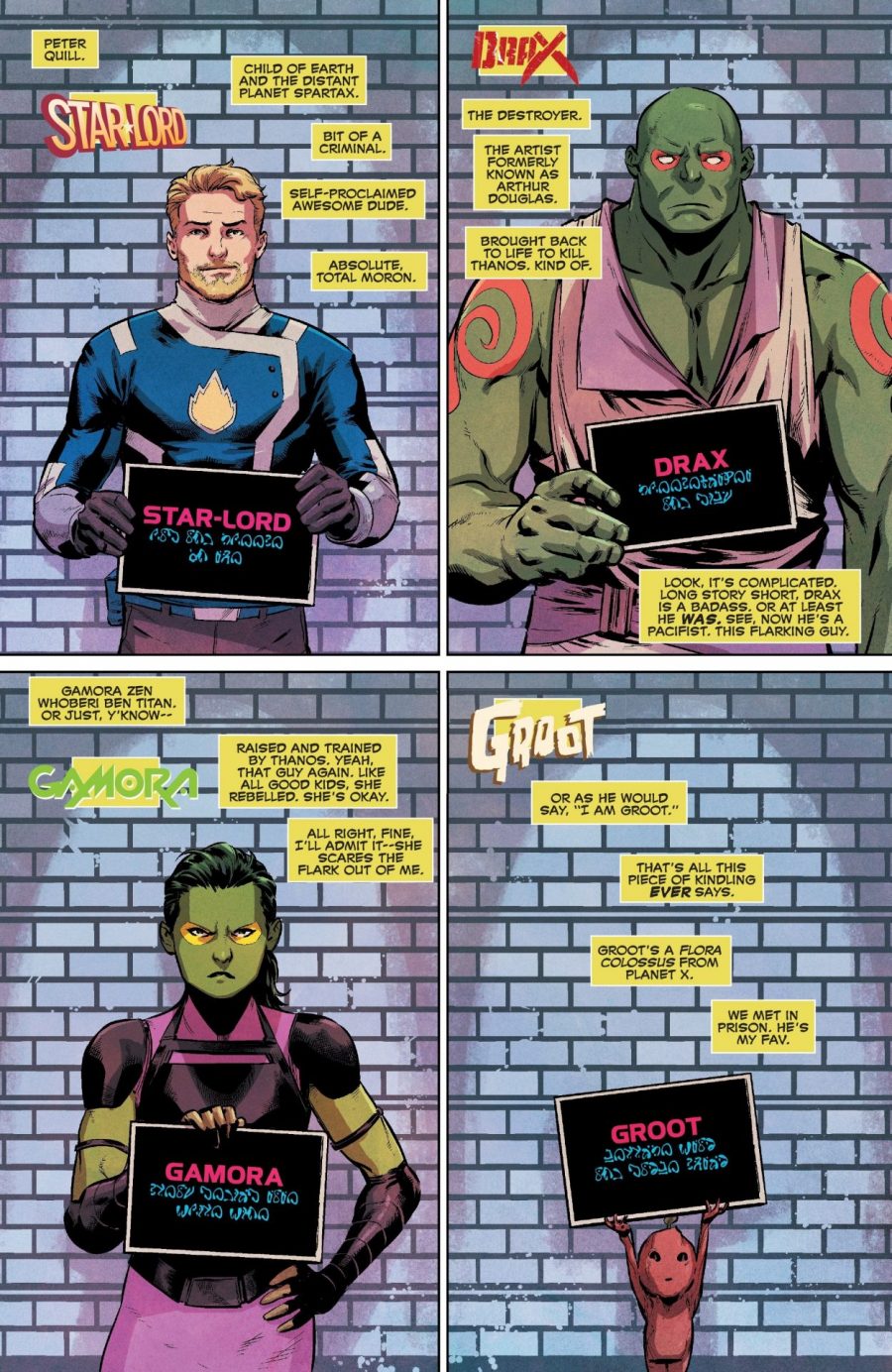 You know that feeling that you experienced when you watched Guardians of the Galaxy? That fun, adventure-in-space, found family feeling? That’s what you get when you read Dan Abnett, Andy Lanning, and Paul Pelletier’s Legacy. The story is a classic romp through the cosmos, and it doesn’t hurt that it features instances from Guardians of the Galaxy Vol. 2 that fans might be familiar with, such as the Universal Church of Truth. More importantly, the strong writing gives the ragtag group a sense of connection that other comics have found hard to wrangle. The Guardians are crazy in the best way—why not read a comic that reflects that? 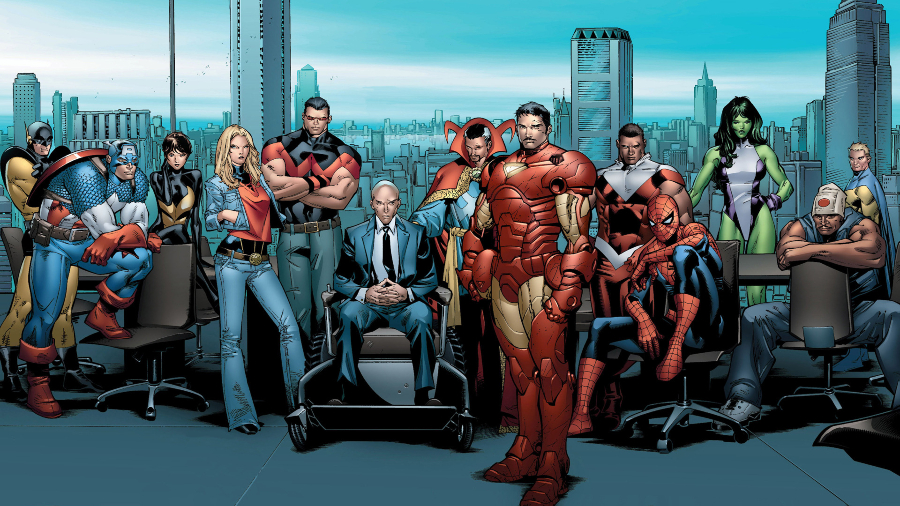 House of M is one of Marvel’s more emotional miniseries, but it’s a beautiful story for Wanda and a great deep dive into Wanda’s relationship with her powers. Brian Michael Bendis and Olivier Coipel create an alternate reality where mutants run the world. After all, doesn’t everyone in the superhero world just want to be happy? The comic itself is a gateway to numerous other events and arcs for X-Men and Avengers, but don’t worry about all that. Just check out House of M and prepare to have a new appreciation for Wanda Maximoff after you read it. 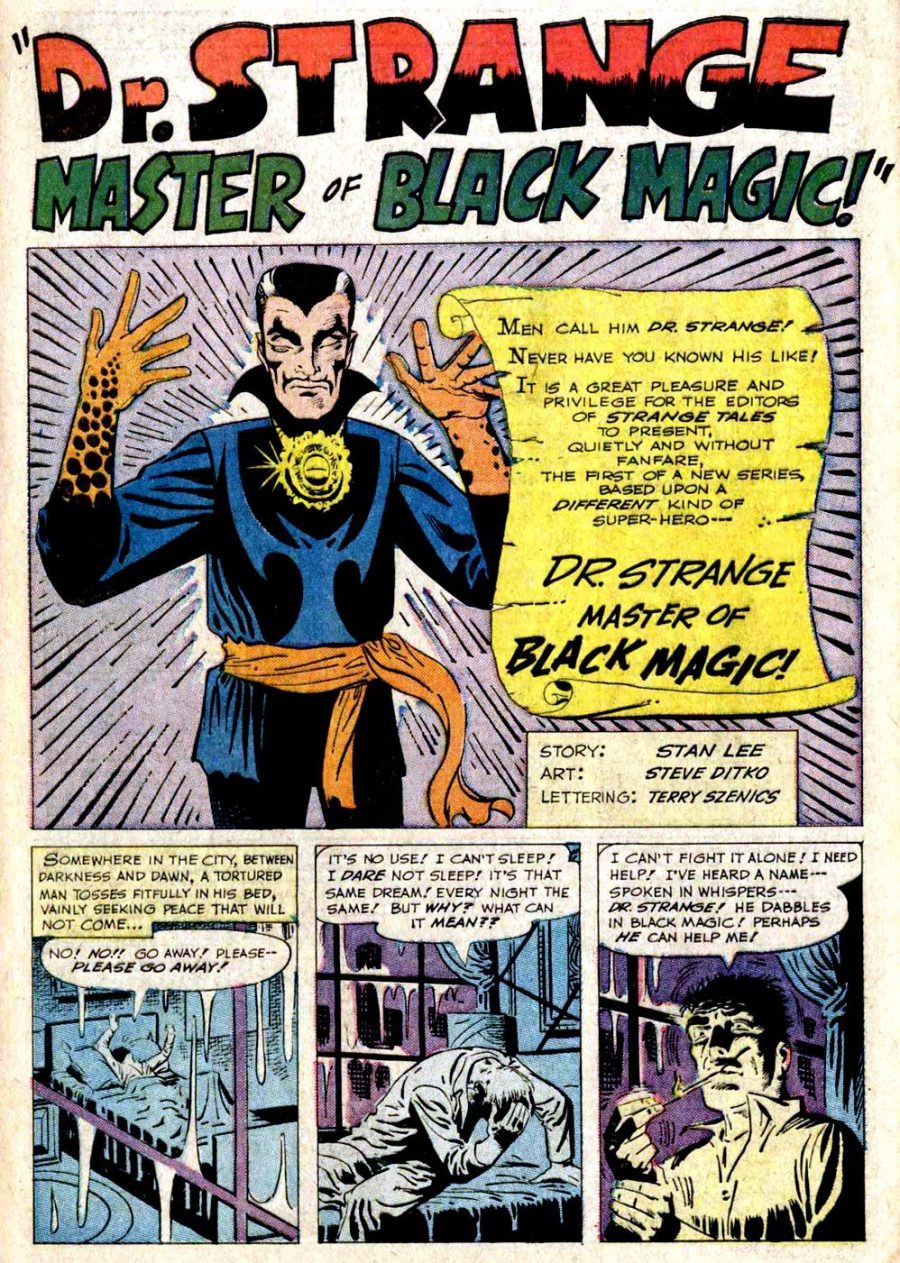 Is there any other way to define Doctor Strange than by mentioning Stan Lee and Steve Ditko? We’re reaching back to the classic era with Strange Tales, because there’s no better comic that shows off Strange’s trippy, magical elements and dramatics. The comic shows the superhero’s beginnings as a surgeon, introduces his greatest foe, and sets the stage for everything that we know of Doctor Strange today. It’s Doctor Strange at his best—written and drawn by comic icons responsible for turning him into one of the most mystical beings of the Marvel Universe.

We can’t recommend Kelly Sue DeConnick’s Captain Marvel run enough. Not only was it the inspiration for Carol’s big screen adventure (with DeConnick consulting on the character for the film), the series perfectly captures Carol. This is the most well-rounded, fully realized version of the character that arguably set the tone for Captain Marvel-centric comics going forward. Unlike previous iterations, this Carol isn’t here to be your sex symbol in a super suit. She’s feisty, a bit temperamental, emotional, driven, and sarcastic. And with all of that, she’s going to save the world.