With everything going on at the moment many of us are finding comfort in the smaller things. To help you discover new ways to relax and find solace, we asked 18 comics creators to tell us about the cozy and comforting comics and books that they turn to when times get tough! From manga monsters to spooky cult hits, sprawling sci-fi to golden age comedy, comic strip classics all the way through Big Two stalwarts this curated collection has it all! 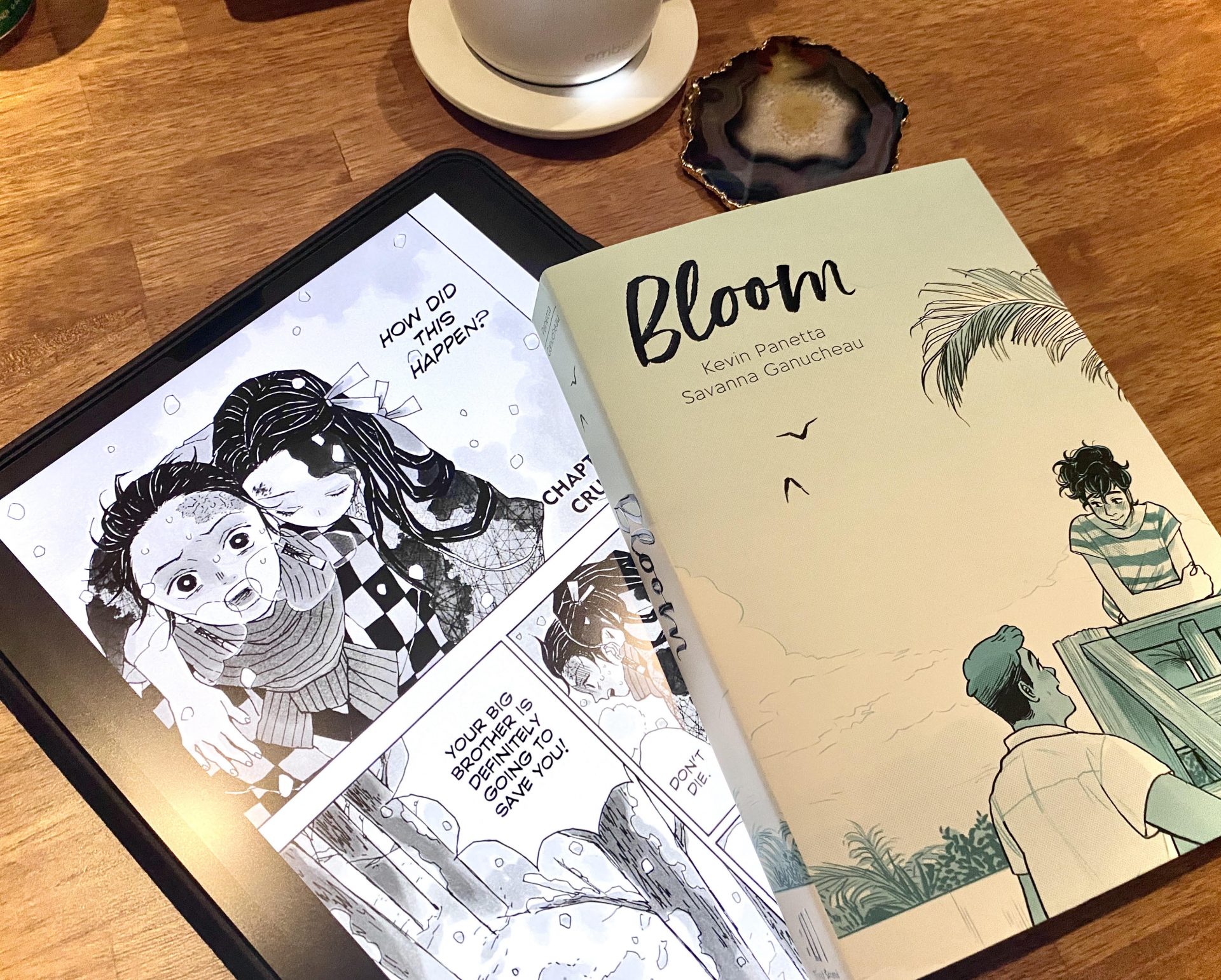 It was only released just last year, but Bloom by Kevin Panetta and Savanna Ganucheau is one of my top recommendations for a lovely comfort read. It’s a young love story about protagonists Ari and Hector, set against the backdrop of Ari’s family-owned bakery in a small coastal town. I’ve also really been enjoying reading Demon Slayer on the Shounen Jump app—the main character, Tanjiro, is extremely empathetic and shows a great deal of care for everyone around him—which is an example that I think all of us can try to follow right now. 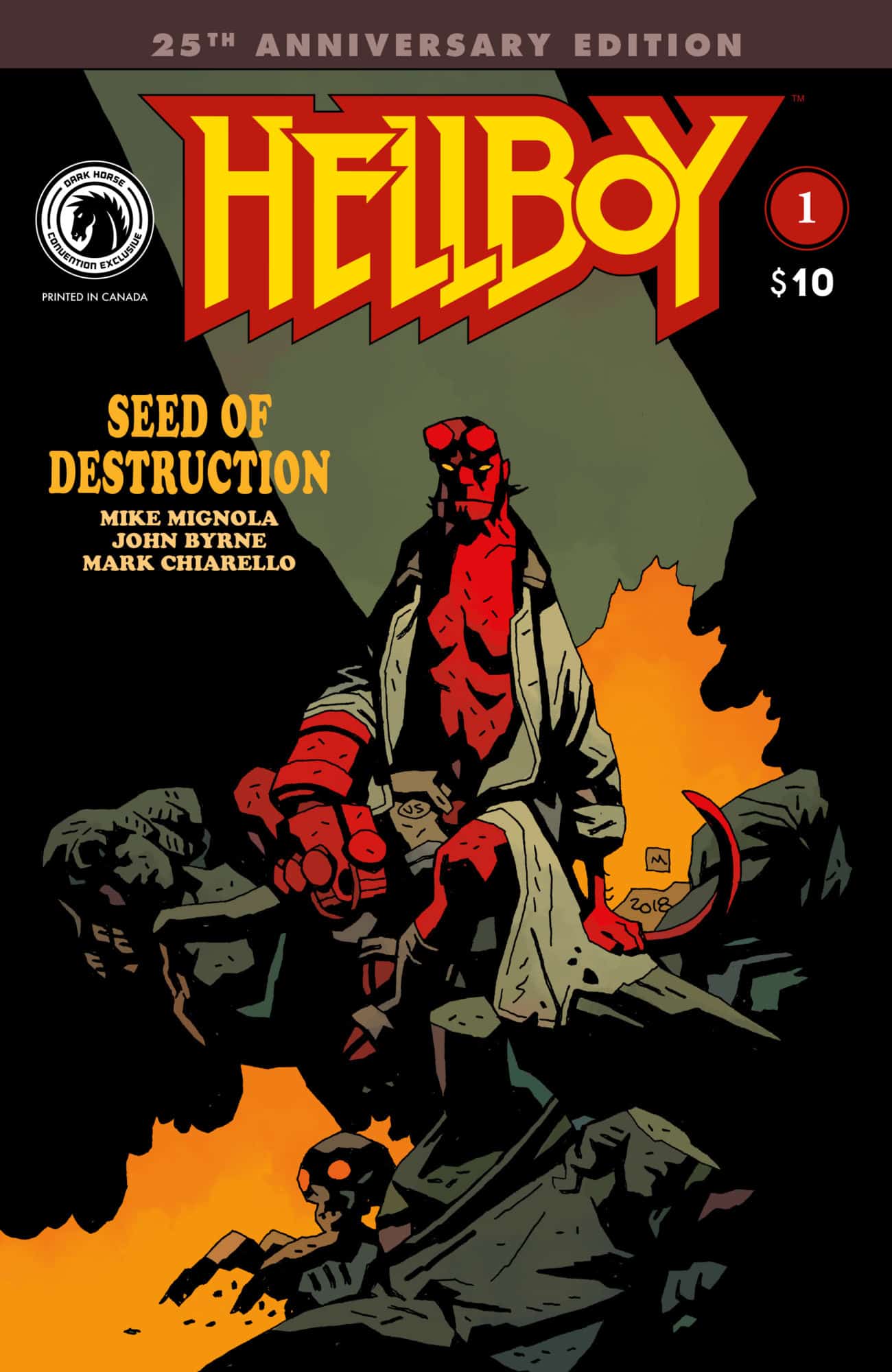 This is going to sound strange, but my comfort book is Hellboy. Part of it is that I love a good supernatural story or fairy tale, but mostly it’s because of Hellboy himself. He’s a man that should, by all accounts, be despicable and destructive, but he wants nothing more than to do good and be good, and dedicates his life to helping people (and saving the world). Something about his steadfast refusal to give into the darkness like everyone expects of him is really uplifting. Also, he punches Nazis. Gives me the warm fuzzies. 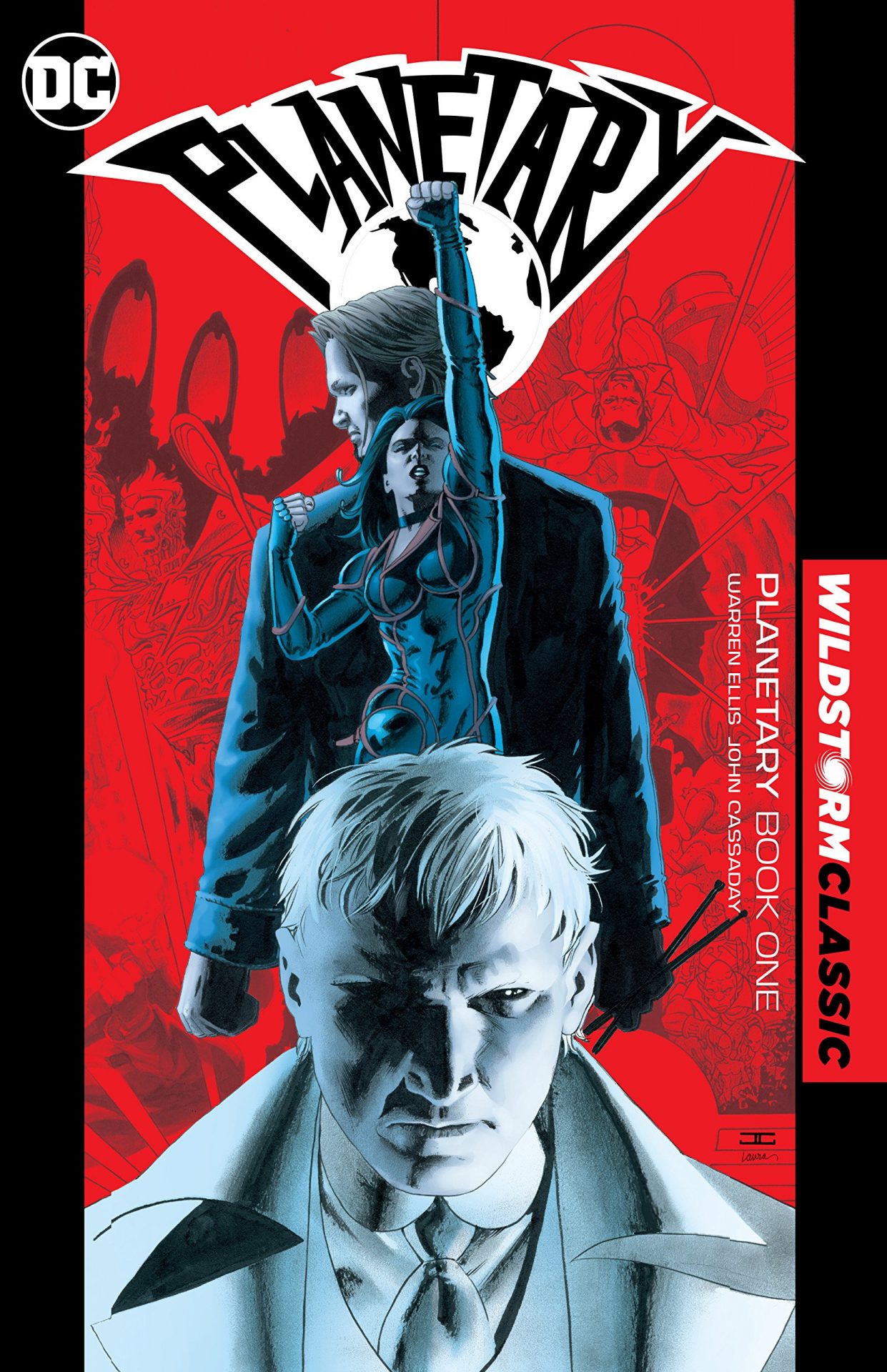 Planetary: This love letter to a million different genres of pulp and comics is a must re-read for me in dark times. It is a story about all the wonder and weirdness that humanity is capable of, while never ignoring the horrors we’ve inflicted. I come back to this book to remember that we’re responsible for our own stories, for our own paths, both fictionally and in the real world. It inspires me. 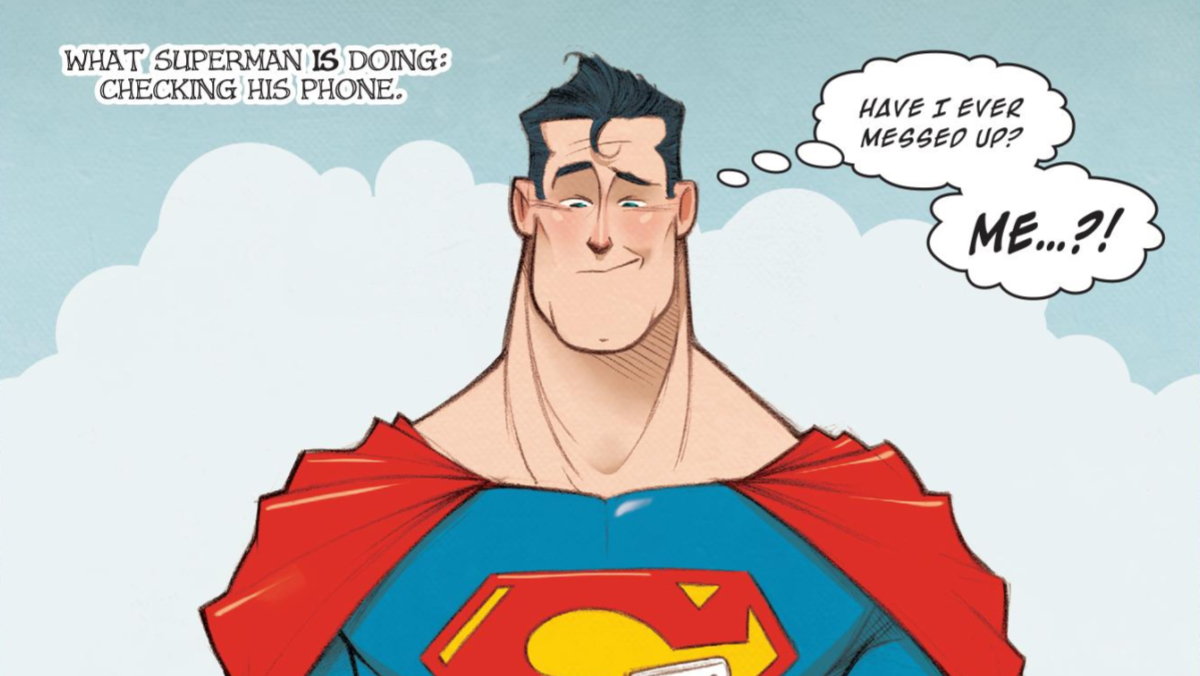 Mine is Dear Justice League by Micheal Northrop and Gustavo Duarte. Because it’s really sweet and funny and you can read it with your kids. 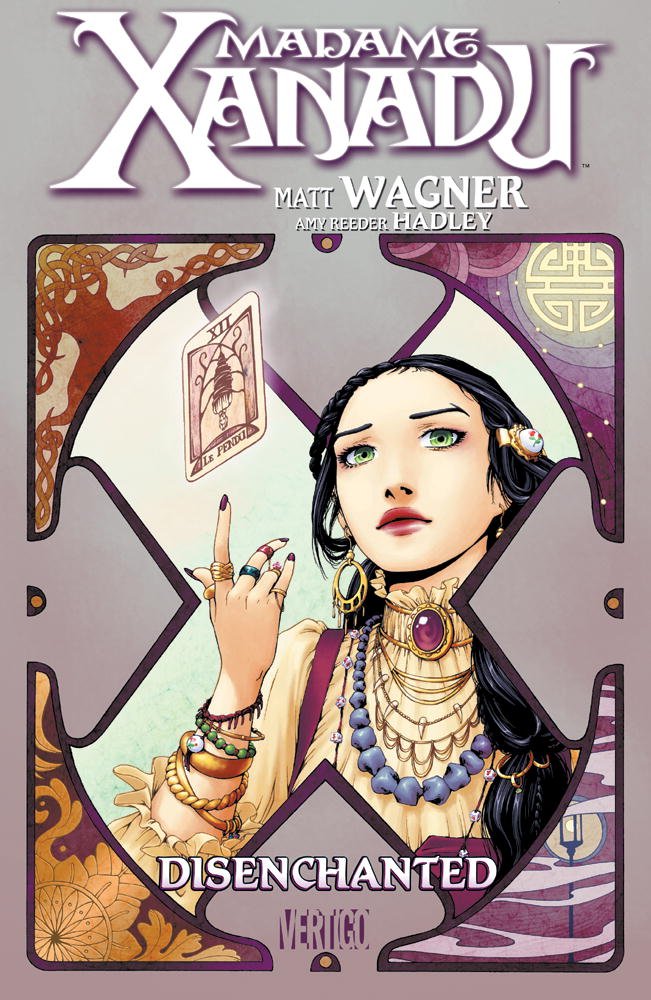 One of my favorite series of the last…long while…is Madam Xanadu by Matt Wagner and Amy Reeder. The centuries spanning story is a delightful coming of age, and magical awareness, adventure with the most sublime art and colors. Thoroughly charming. 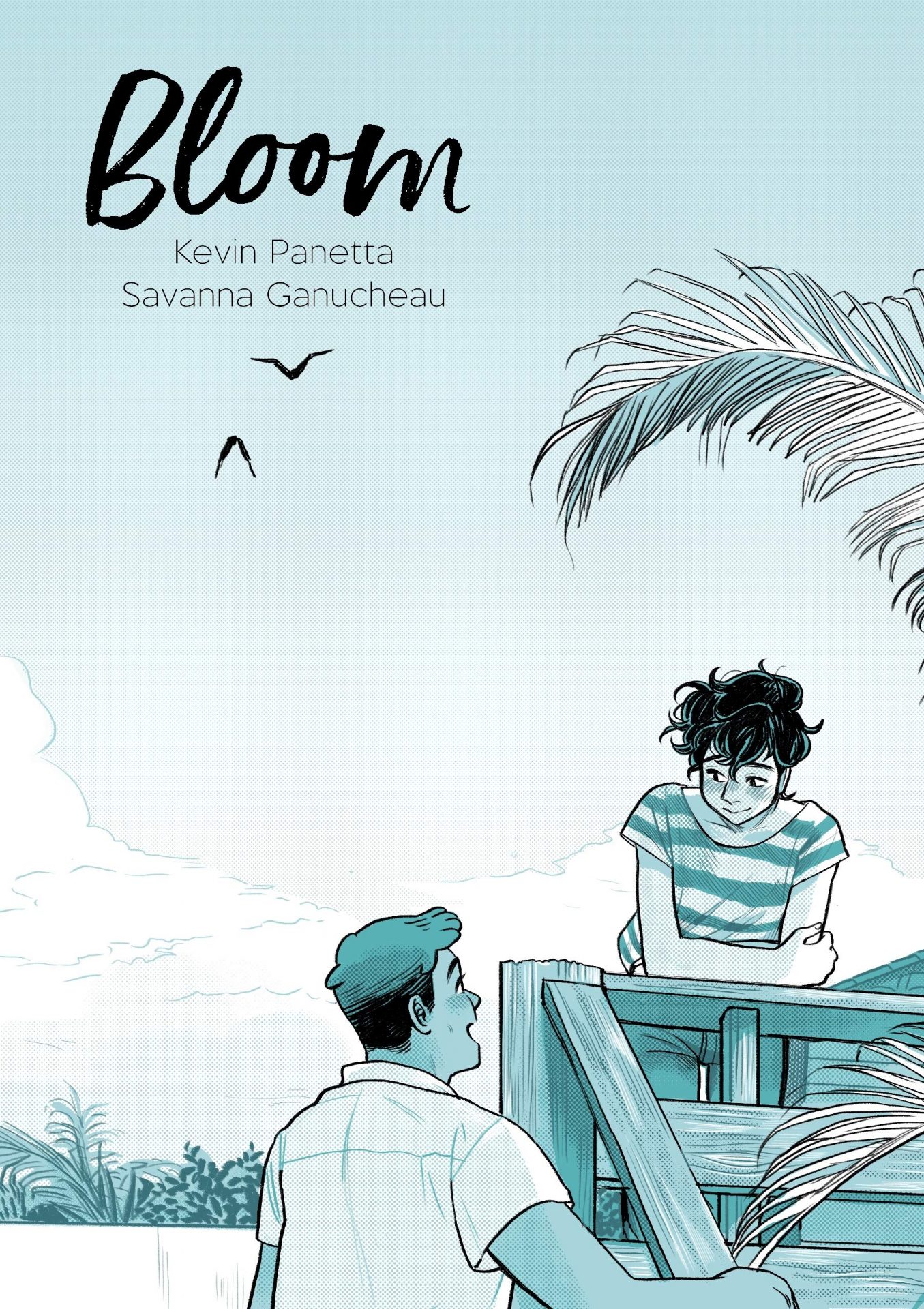 My pick for a fave cozy comic is Bloom by Kevin Panetta and Savanna Ganucheau! The story follows Ari, whose family owns a small-but-beloved bakery in a town that is too quiet for his lofty ambitions. Just as Ari begins to feel the walls closing in around him, we meet Hector- a guy in town looking to take on a job at the bakery. What happens is a truly lovely story about self-discovery, budding romance and baked goods!

Readers of all ages should grab a box of pastries (or some bread n butter), sit back with some tea or coffee, and revel in the visual poetry that is Bloom. The artwork in this book is just so sweeping and gorgeous that you can’t help but get caught up in this coming-of-age story about two lost boys who find a lot when they spend some time baking together in the kitchen. Seriously, I keep this one around as a reminder of why I love comic books.” 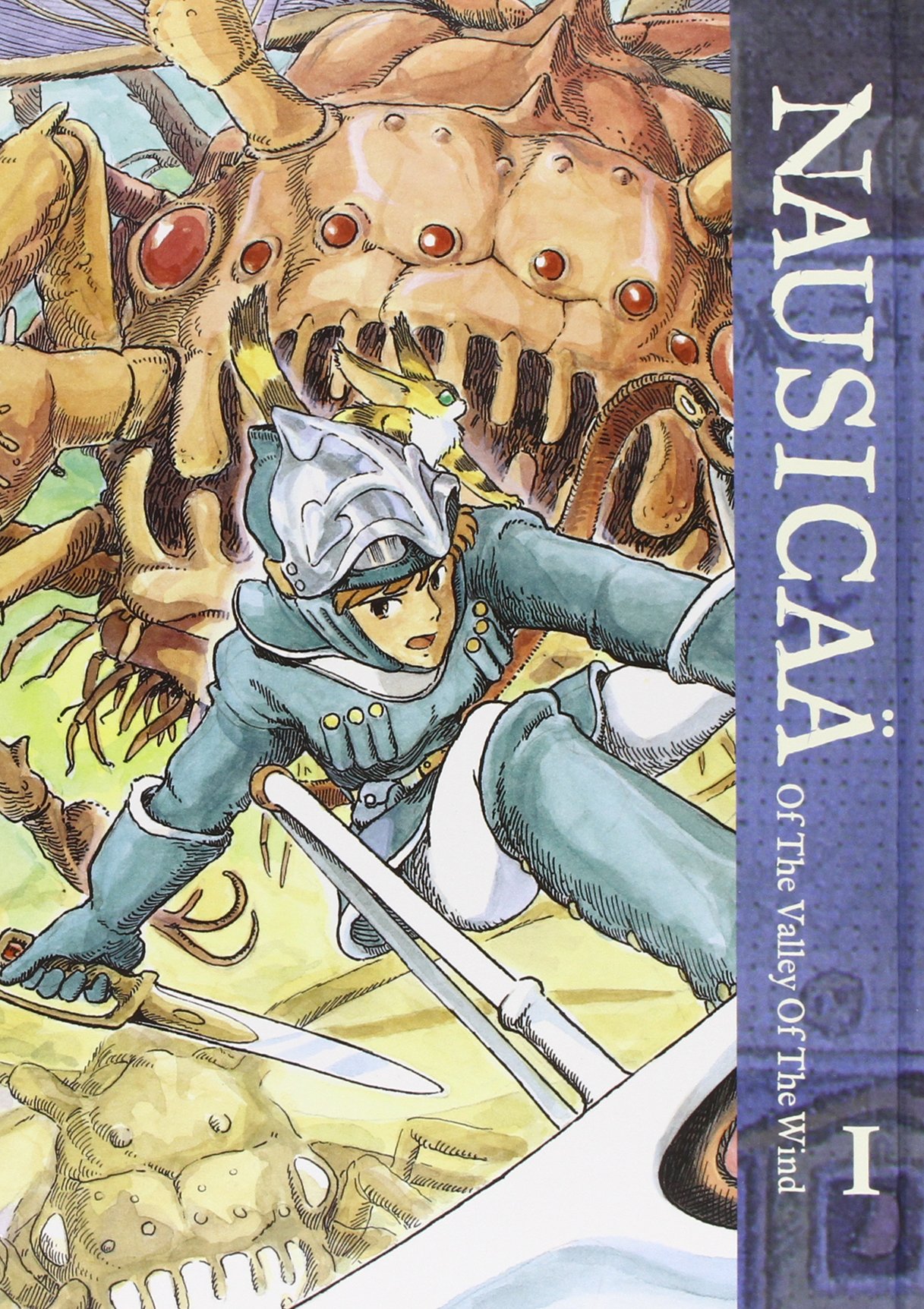 Nausicaä of the Valley of the Wind is:
1. The only long-form manga work of beloved anime legend Hayao Miyazaki available in English.
2. One of the greatest comics I’ve ever read.
3. A portal to escape somewhere new — a beautiful, sweeping, imaginative fantasy realm.
4. About a young girl making a difference in a world where humanity struggles to survive.
5. A story about hope in uncertain times. 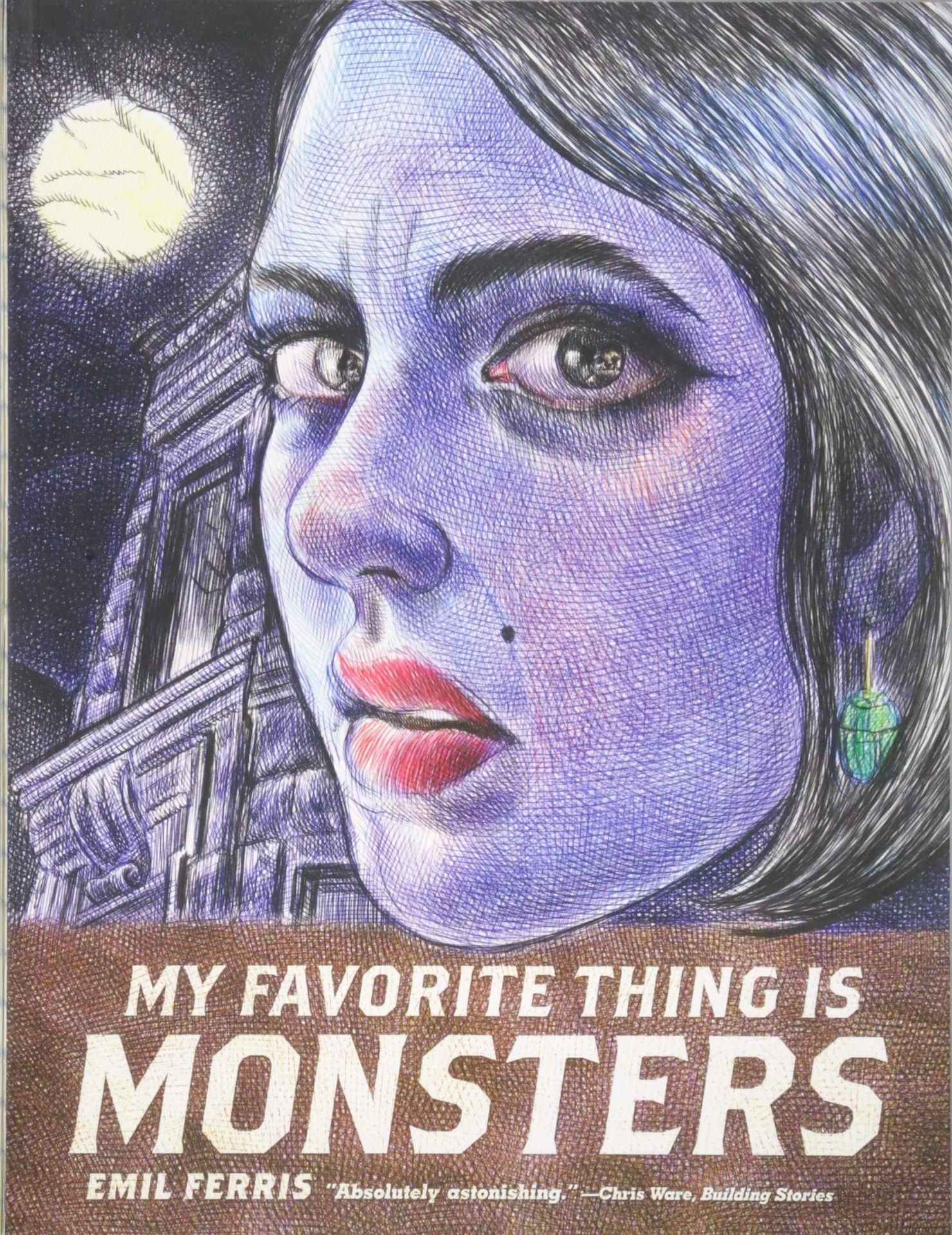 Well, perhaps in the British sense of a “cozy” I’m comforted by comics with an edge of unease. And I love humane monsters, so I would say that reading Emil Ferris’s My Favorite Thing is Monsters is my idea of solace, in that if you feel like an outsider in any way, her graphic novel can flip the switch on that, embrace and transport you into feeling good about yourself… 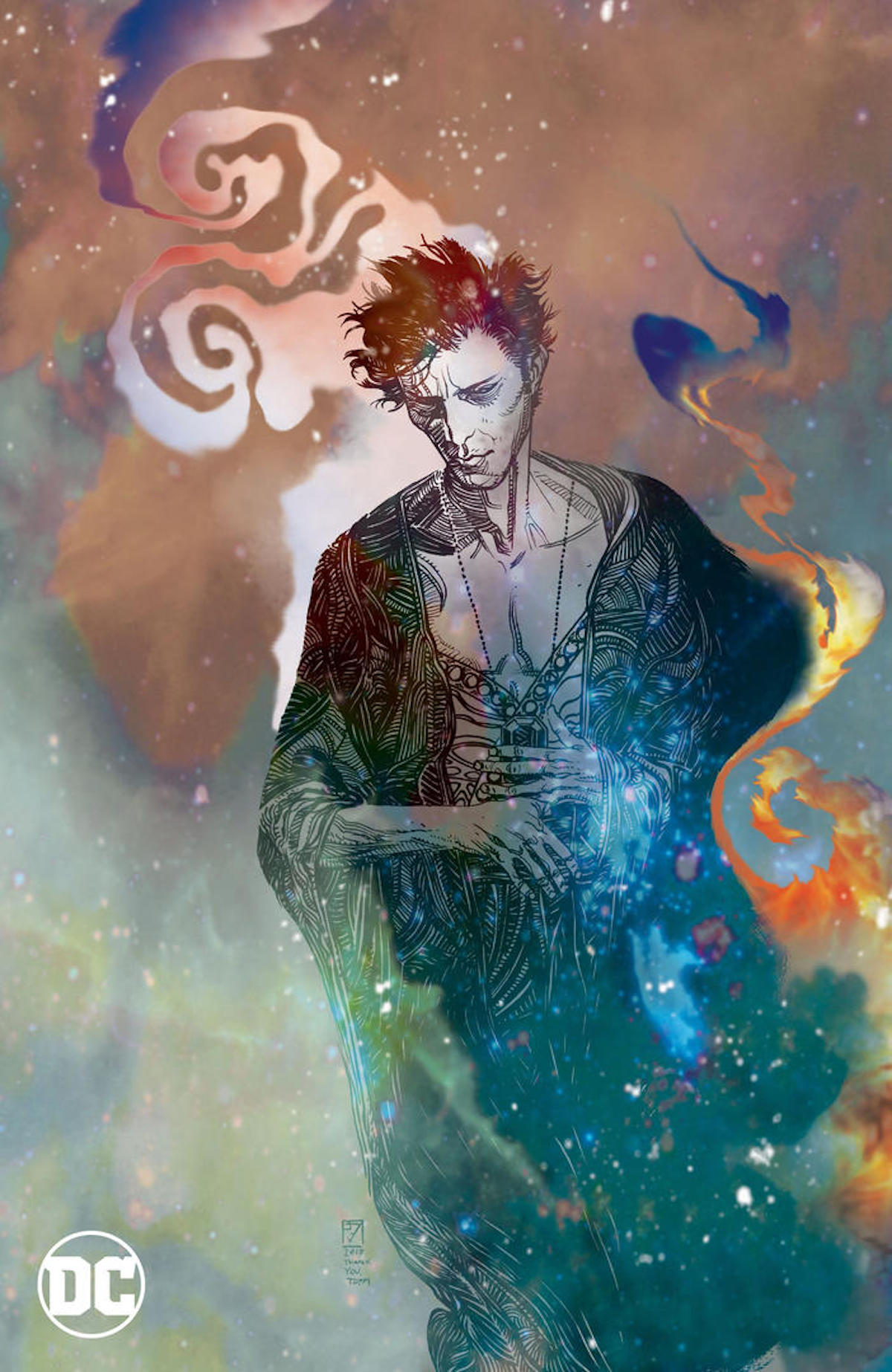 Half of us are gonna recommend Sandman. The other half are wrong. 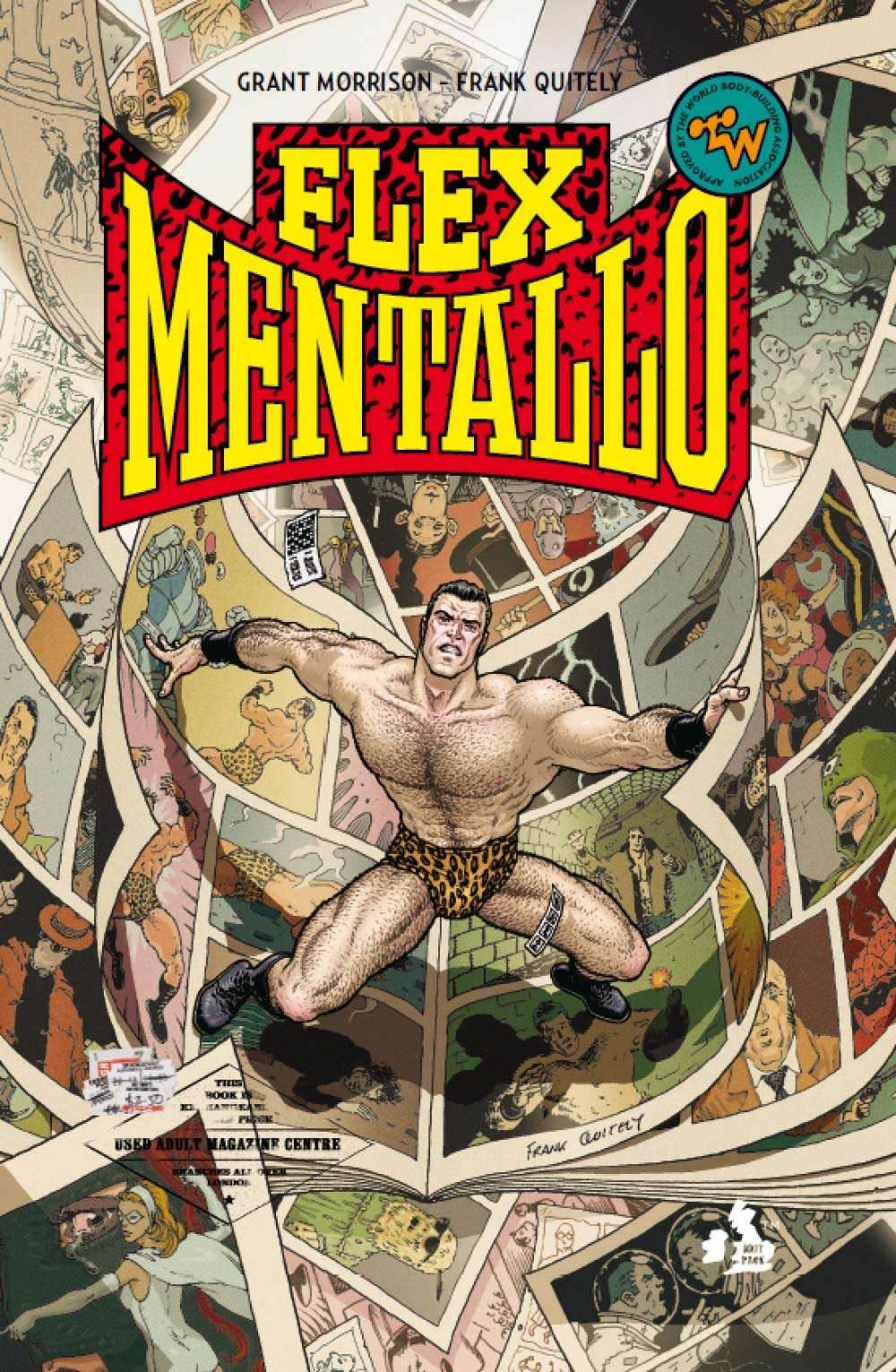 For me, this book has to be Flex Mentallo, one of my favorite books ever, and rejuvenating to me both creatively and emotionally. This is a book about the wonder of youth overcoming the fatalism of adolescence and the rationalism of adulthood. Flex, to me, is the ultimate hero to combat the letdown of hard times—he’s absurd, he’s aggressively positive, and he believes in us all. When all the superheroes go home, or give up, Flex is there. And sometimes you need a big, dumb, kind man in a tiger speedo to help you back on your feet. 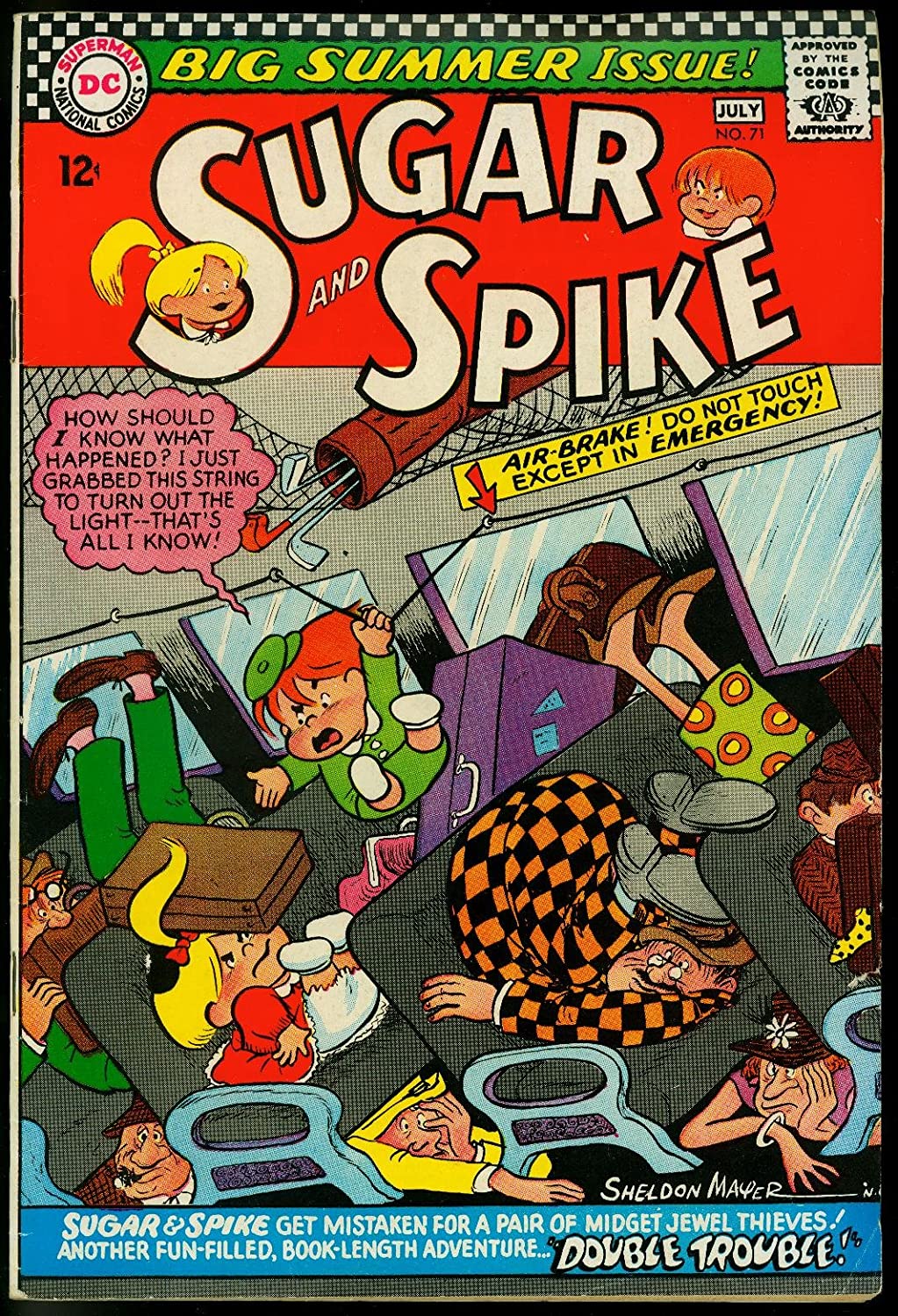 Sugar And Spike: Written and drawn by Sheldon Mayer in the 50’s—and lasted 15 years! I picked up the Archive Editions hardcover on Ebay and my kids immediately stole it from me and, not only devoured it, they loved it. Two babies who can’t understand grown-up talk and grown-ups who can’t understand baby talk. A little Dennis The Menace… a little Calvin and Hobbes. And a reminder that a book can survive 60 years of wars, political unrest, pretty much whatever humanity can throw at ourselves and still be fun and relevant today. A little giggle for the days ahead. 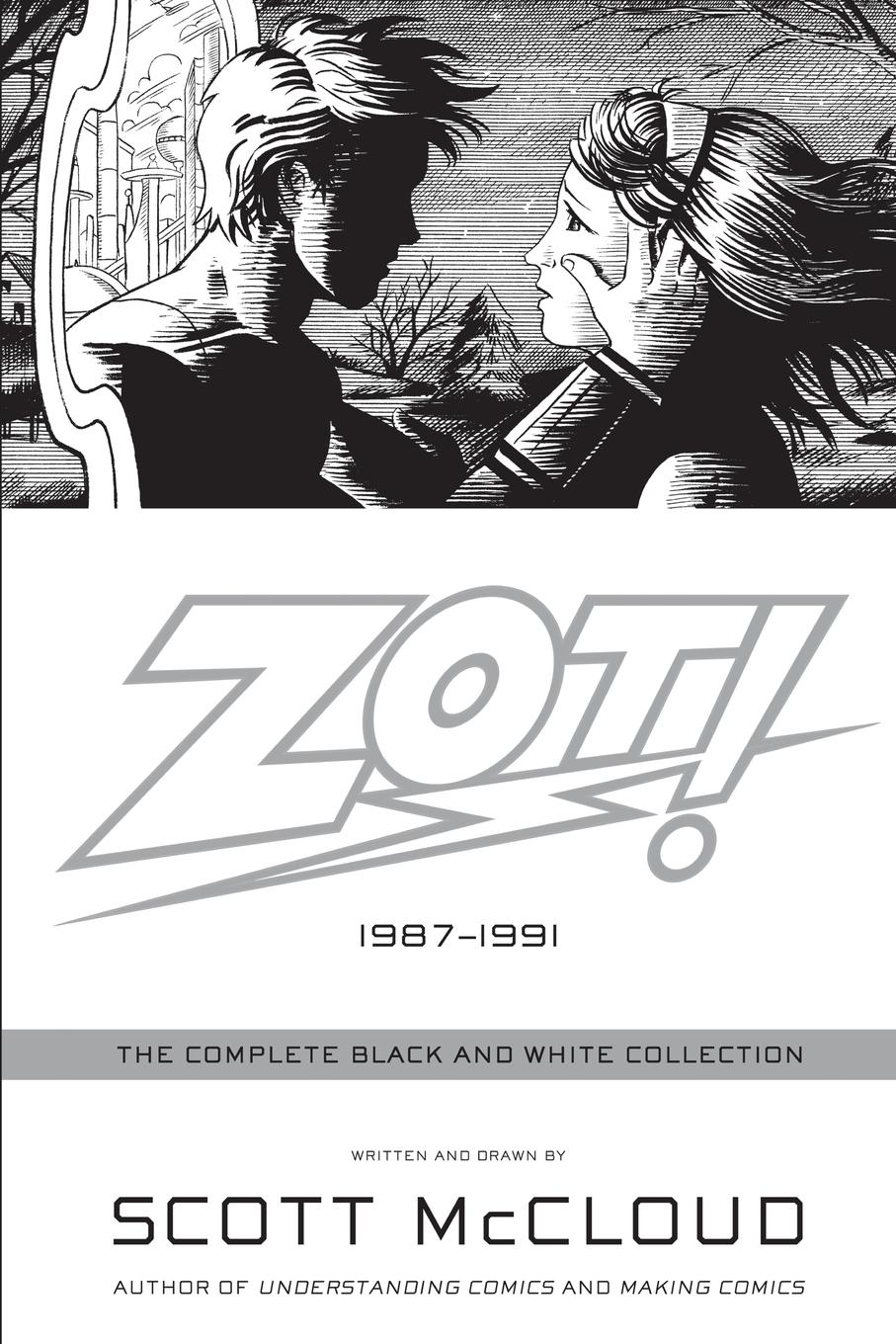 In this scary and isolating time, one way to feel cozy and amongst friends is reading one of my very favorite comics: Scott McCloud’s ZOT! Exciting, clever, smart, and overflowing with love and friendship, ZOT! is a near-perfect read. And it’s collected in a great TPB (w/ commentary)! Hopeful, inspiring, and never what you expect, ZOT! is a classic waiting to be rediscovered. You’ll thank me, I promise:) stay safe and be kind to one another! 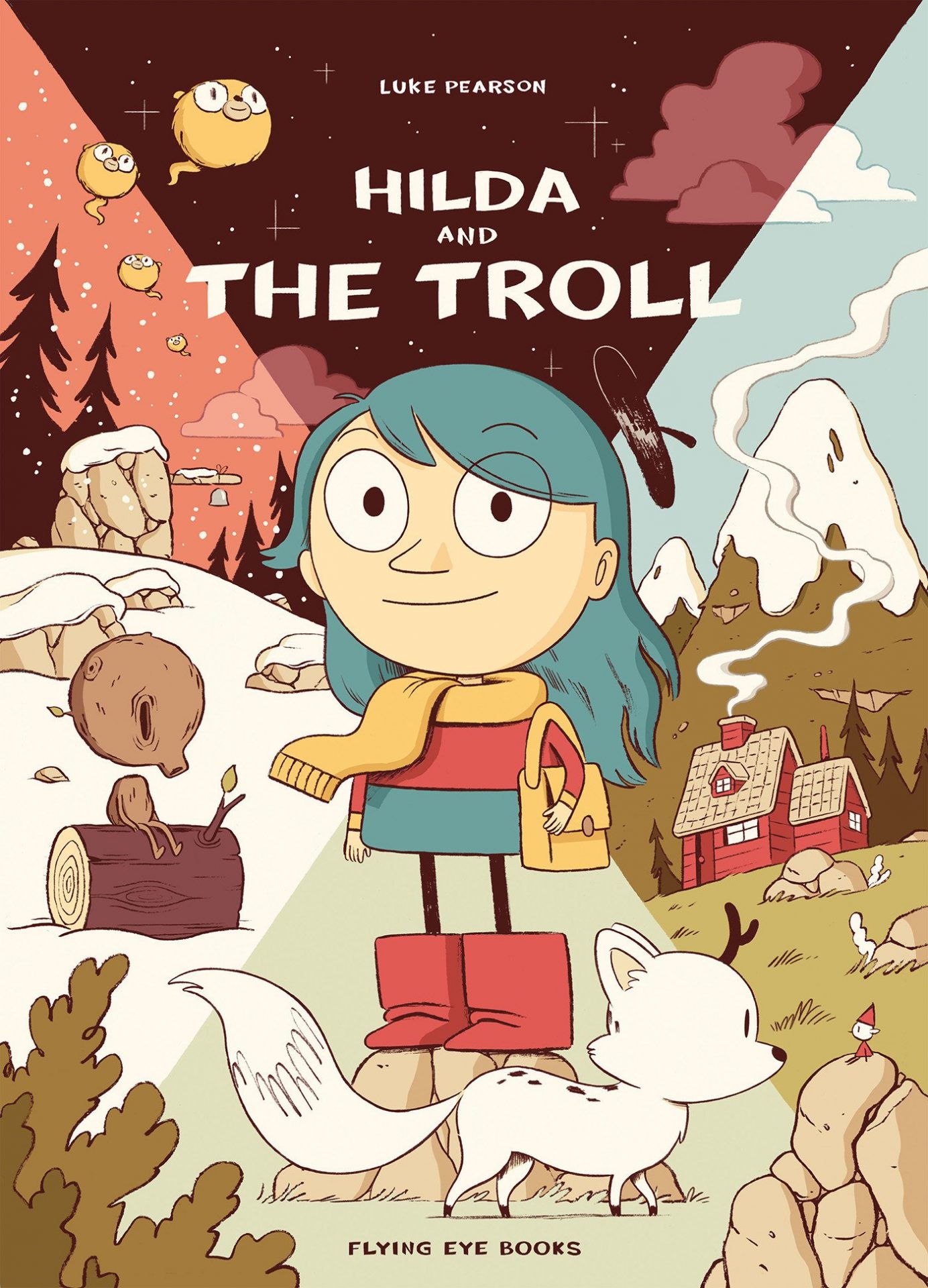 I’m going to answer this as a mom and suggest Hilda—the children’s graphic novel series written and illustrated by Luke Pearson. I find the art and imagery soothing as does my daughter and it’s all about a young girl who grapples with a world that is partly based in reality and part Scandinavian folklore and folk tales. Dealing with the unknown, the fantastic and the sometimes scary in beautiful, whimsical ways really feels appropriate right now. It’s comforting for me and for my 5-year-old and as we’re together 24/7 right now. That’s a win. 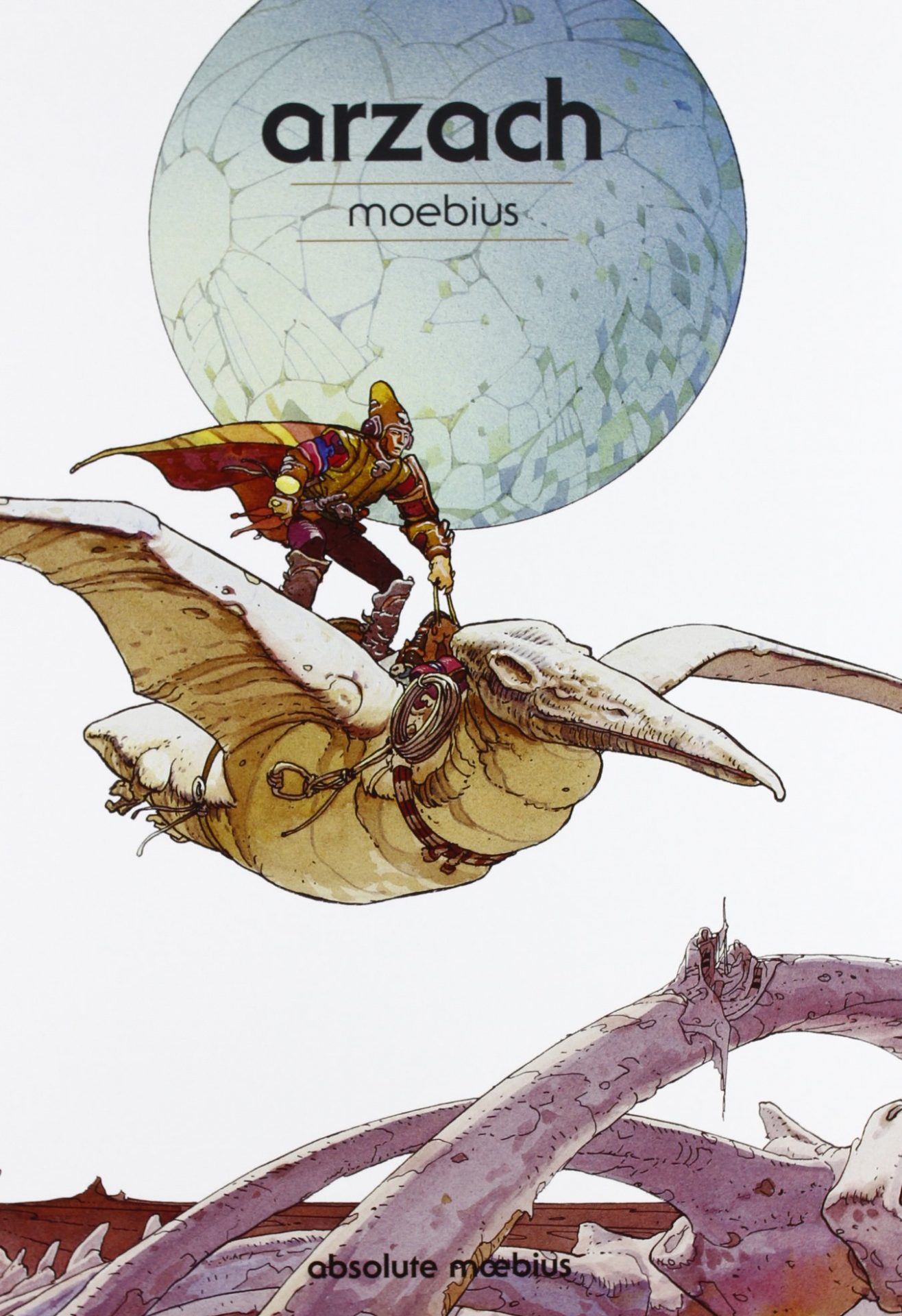 My comfort reads—and I have to pick three—are mostly nostalgic. The first would be Don Lawrence’s visionary ‘The Trigan Empire‘, just recently collected again in a beautiful edition from Fleetway. It blew my mind when I was 8 or 9, and still does to this day. The second is Moebius’s ‘Arzach‘. Wonderful dreamscapes, enigmatic and beautiful freeform art, and a couple of bad jokes. Seminal, and just right to read by the fireside before bed. Lastly John Byrne, Terry Austin and Chris Claremont’s ‘Starlord‘. A perfect one-shot from the late 70’s that gave us a glimpse of the future greatness of these industry titans. Enjoy! 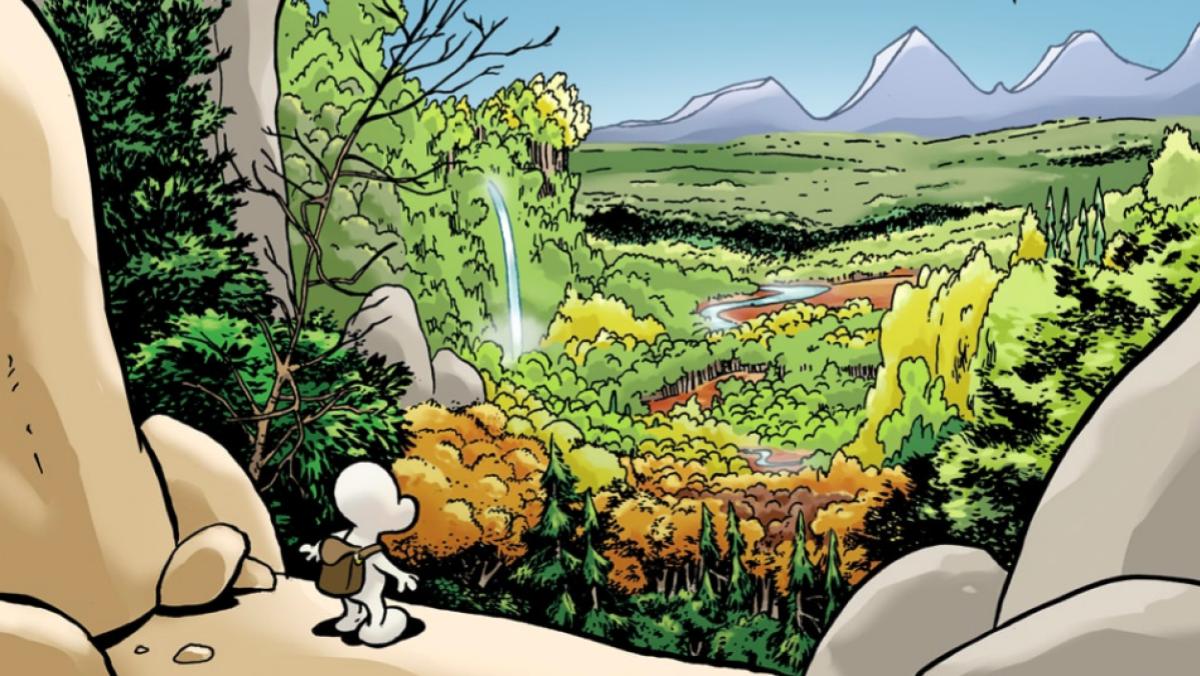 Bone – The complete Edition. The perfect mix of comedy, drama and epic fantasy, wrapped up in some of the most inventive black & white artwork out there. Incredible world building too. And actually laugh out loud funny. Black Sad. Dark Horse reprinted this incredible French comic series in English, with Vol 1 providing the first 3 albums. A gripping film noir detective story, set in a world of talking animals that is one part Sin City, two parts classic-era Disney. Features the type of stunning artwork that just makes you stop and study every panel. Amazing. All Star Superman. Probably the comic I have read the most, apart from Akira. Brilliantly inventive, fun, poignant. An absolute tour-de-force of storytelling from Frank Quietly. A book you can return to again and again.” 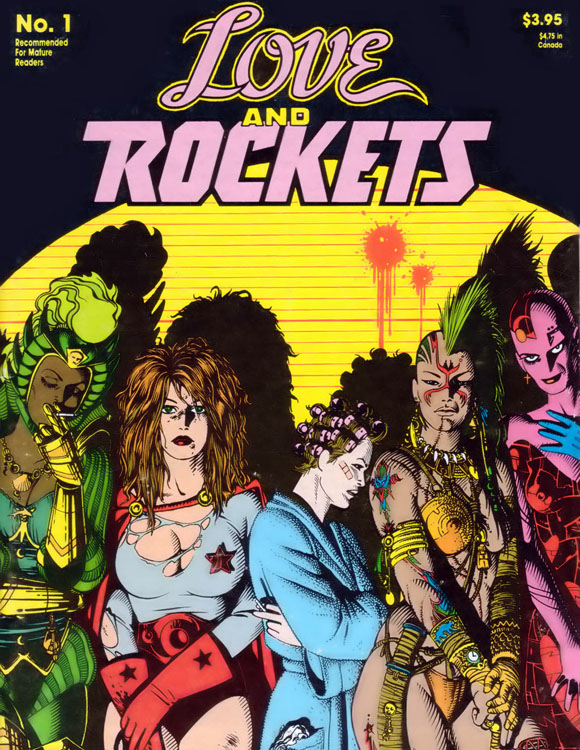 My fave cozy comics vary, but start with old Harvey comics from my childhood. I still have a large collection I like to go through. And then I will sit and reread the best comic of my adulthood, the collection of New Frontier by Darwyn Cooke! I also want to reread my Love and Rockets collection by the amazing Hernandez Bros. And the best way to escape for me is to get lost in old MAD magazines, which are the best pop culture time capsules out there! 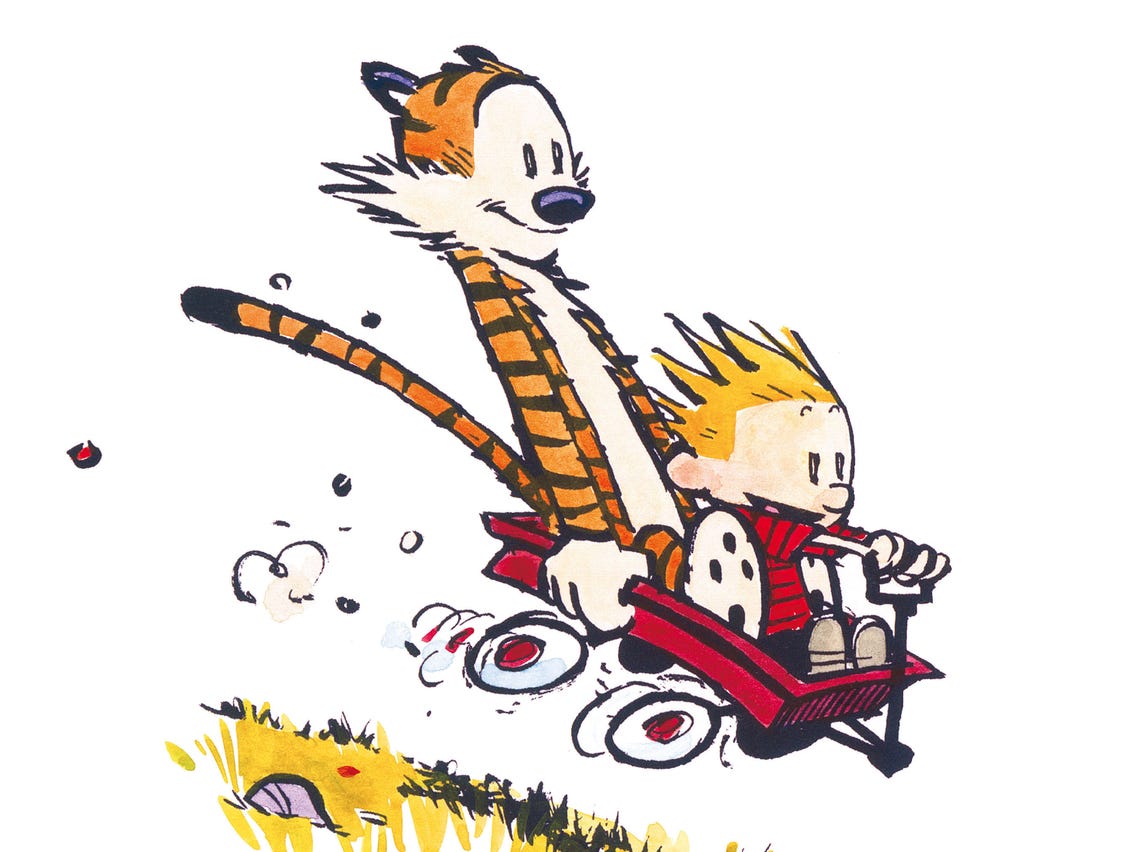 Since I was a kid, the book I turn to for comfort reading has always been Bill Watterson’s Calvin and Hobbes. There’s so much warmth and knowing, wry humor in those strips, which, combined with the truly outstanding, lush artwork, transport me back to sunny afternoons in my back garden as a little boy. Nothing but happy memories and unadulterated joy in those pages, for me. Highest possible recommendation!

And if you want a classic novel to pick up, Mike Carey suggested this iconic series: 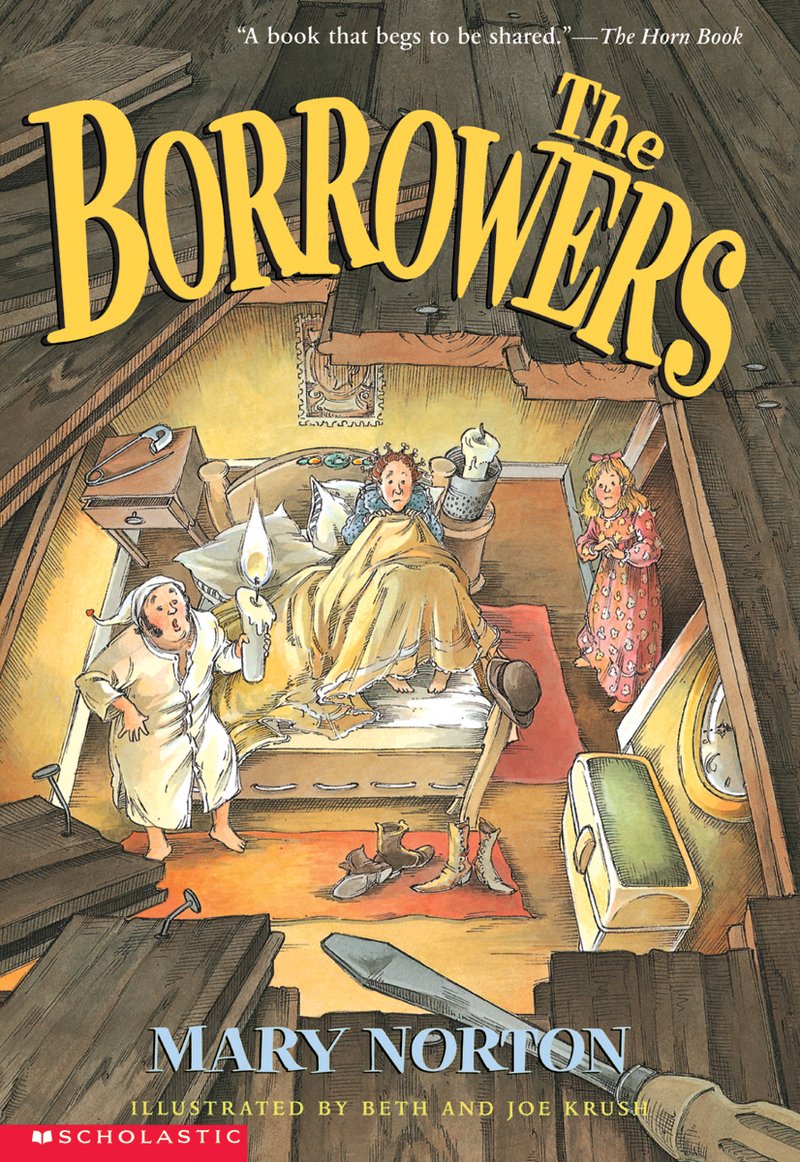 I’d recommend the Borrowers novels by Mary Norton. There are four (ignore the fifth, written two decades later). They follow the adventures of the Clock family, Pod, Homily and their daughter Arrietty. The Clocks are tiny humanoids living in the skirting boards of a country house like mice. They’re evicted from their home after Arrietty lets herself be seen by a human boy, and travel across a beautifully evoked rural England in search of a new place to live. Trust me. These bite-sized, addictive books will make you homesick for a world you never knew. 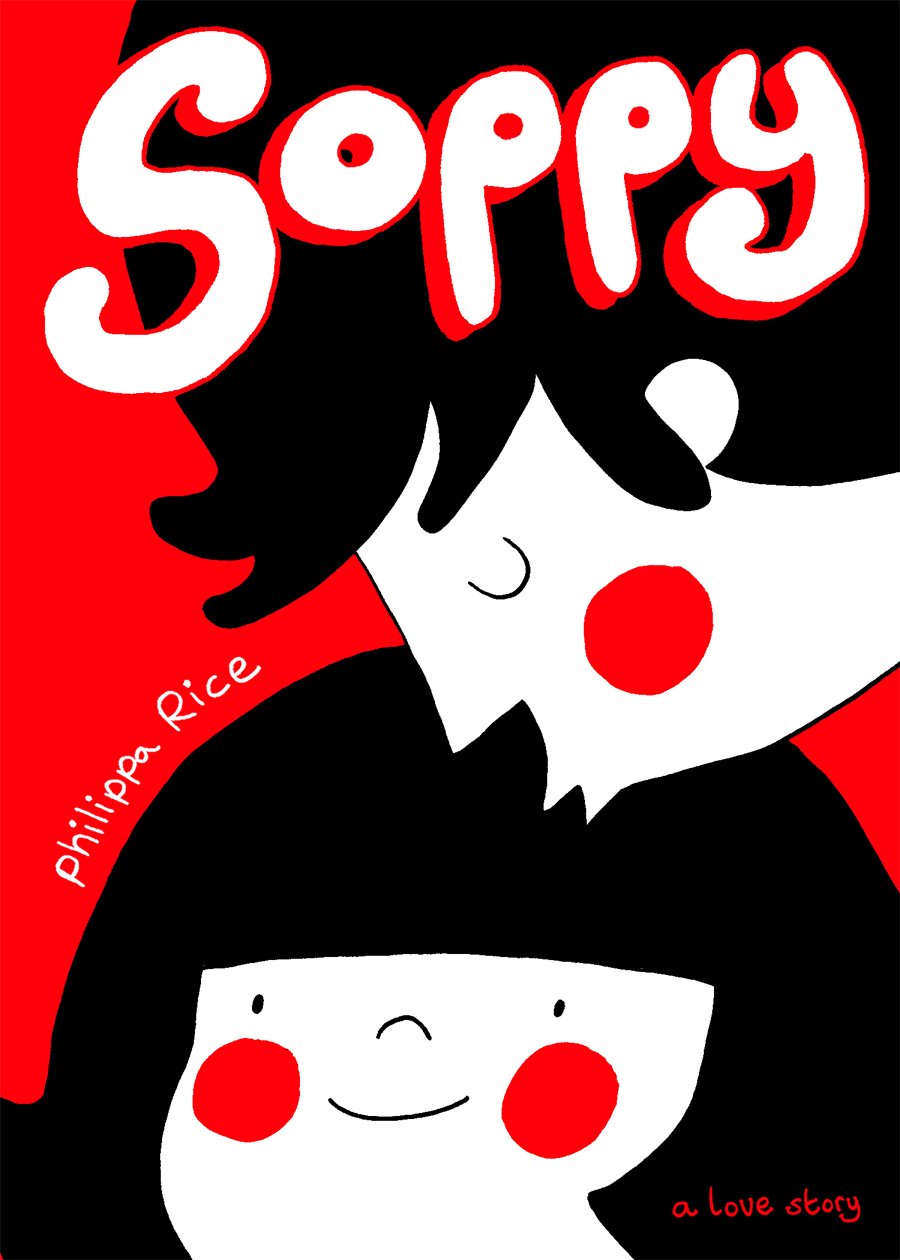 One of my standard riffs as a creator is the utilitarian application of art. It’s what behind a lot of my stuff, but most obviously like Phonogram – if music effects us, and we can predict those effects then we can choose to deliberately use specific art to create an effect we wish. As in, we can use them like a magic spell. Or a drug. So – let’s try to write a prescription to comfort. I immediately thought of Philippa Rice Soppy with its incredible intimacy and charm of these portraits. It’s a book which makes me glow. Still – as much as I love it, it’s a small, momentary release. I think what’s actually needed is something long, to lose oneself in, to live with you a while. This makes me realise that I’ve never actually read Bone, and I’ve got the whole thing sitting on my side. I’ll get on it, and get back to you.