Watchalongs and live streams are all the rage during this time of self-isolation and physical distancing. We’ve been rocking our #NerdistFromHome watchalong series with a series of films in recent weeks, including a Monsterverse Watchalong and a viewing of Hook with Dante Basco. Other outlets are doing the same, with ComicBook.com hosting regular installments in their Quarantine Watch Party series. They watched Guardians of the Galaxy Volume. 2 on Thursday night with none other than director James Gunn.

Several cast members joined the fun as well, including Pom Klementieff, Steve Agee, Sean Gunn, and Star-Lord himself, Chris Pratt. Gunn noted that Dave Bautista and Karen Gillan wanted to join, but their schedules didn’t permit it. Still, the tweets went flying with lots of fun insights and behind-the-scenes tales. Here are some of the highlights: 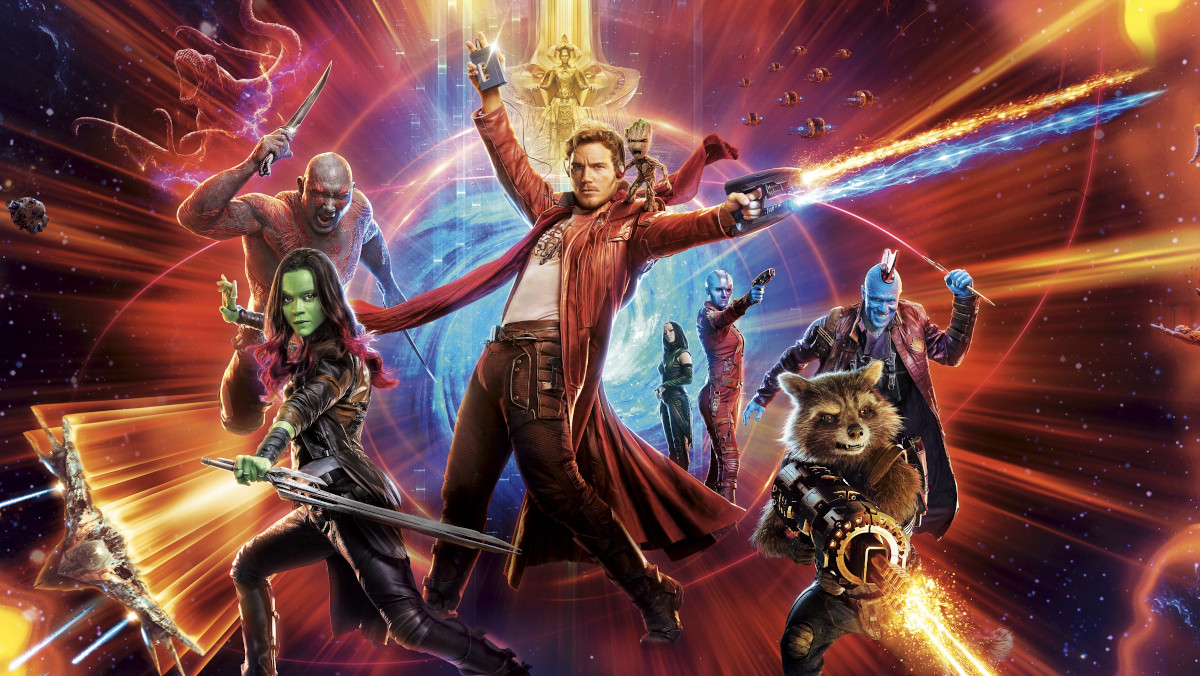 Gunn set the Earth portion of the movie in Missouri because that’s his hometown. As many of you know, however, they filmed Guardians in Atlanta, Georgia.

A fan asked Gunn about the numbers beneath the locations in Guardians of the Galaxy and whether they mean anything at all. The director replied with the sly smile emoji. We’re intrigued!

Kurt Russell (who, we learned from Chris Pratt, was also a minor league baseball player?!) and Sylvester Stallone were two of Gunn’s favorite actors growing up. He was overwhelmed when they were on the Guardians set.

Eagle-eyed fans can stop tons of Easter egg skulls in that pile of Ego’s murdered children. Let us know if you recognize anyone!

Miley Cyrus makes a surprise appearance in Guardians of the Galaxy Vol. 2. She’s the voice of Mainframe!

Chris Pratt got hurt on set. As in, he got completely knocked out when he was fighting with Ego.

#QuarantineWatchParty #GotGVol2 I remember getting knocked out cold in this upcoming ego fight scene. 15 foot fall landed on my face. Remember @JamesGunn ?

Sean Gunn pulled double duty on set. He played the Ravager Kraglin and also stood in for Rocket Raccoon on set. He talked about the hardest scene to film.

This scene was easily the most tedious for me to shoot. We had to do a different setup for each Groot appearance AND I had to change back and forth between Kraglin and Rocket. And of course spending the day with Rooker is always tedious.#GotGVol2 #QuarantineWatchParty https://t.co/6PkEoq6QND

Art imitates art. Sean Gunn pulled from One Flew Over the Cuckoo’s Nest for a Kraglin moment.

Fun fact: Kraglin’s cheer is inspired by Christopher Lloyd’s at the end of One Flew Over the Cuckoo’s Nest.#GotGVol2 #QuarantineWatchParty

Steve Agee, who played a Ravager in Guardians, didn’t even meet a lot of the cast until San Diego Comic-Con that year after filming.

Fun fact: @prattprattpratt’s lovely monologue was interrupted more than once by Rooker snoring. He was sound asleep while we filmed.#GotGVol2 #QuarantineWatchParty

But Sean Gunn was good at sleeping on set too.

Learning how to nap in a set chair is an essential skill for an actor, imo. Conserving energy is key.#QuarantineWatchParty #gotgvol2 https://t.co/1NNG7OM3rq

David Hasselhoff of Baywatch fame makes a delightfully weird appearance in the film. You likely already knew that. But maybe you didn’t know Gunn co-wrote Hasselhoff’s song with Tyler Bates and sang back-up.

If you need even more behind-the-scenes tidbits and fun anecdotes about Guardians of the Galaxy Vol. 2, visit James Gunn’s Twitter feed.

All of these tweets are making us very excited for what’s coming next in the Guardians of the Galaxy universe. We can’t wait!