Not even Earth’s mightiest heroes are immune to the coronavirus. Chris Hemsworth is practicing safe social distancing at his home in Australia just like the rest of us. And just like parents around the globe he suddenly finds himself having to serve as part tutor and part entertainment director for his kids. But his wife, Elsa Patakey, has to deal with one very specific problem the rest of us only wish we had to worry about: she keeps putting away his Marvel props every time he leaves them out.  Because while we might be impressed by Thor’s original hammer and Stormbreaker, the real Mrs. Odinson isn’t.

Hemsworth was the latest Avenger to join Jimmy Kimmel Live. The late night host recently had Tom Holland on to wish his three-year-old Spider-Man obsessed son a happy birthday. Hemsworth, who was on to promote his upcoming Netflix action-film Extraction, didn’t have to get into character. That didn’t stop him though from showing off iconic Marvel props he owns. He brought out the original Mjölnir from the first Thor movie. It’s the heavier one used in non-action scenes—the one that “has some weight to it.” He said he likes to leave it around the house and that his three young kids enjoy picking it up to prove they are “worthy.” That’s exactly what we would do, so those kids sound pretty smart. (Even if Hemsworth is worried his homeschooling skills will have them coming out of quarantine with IQs “under par.”)

But not everyone loves having Thor’s hammer in their home. His wife is constantly putting it away every time he leaves it laying around. This is now our favorite cat-and-mouse game in the Nine Realms. (Though she might want to keep the hammer around in case any more snakes get inside.) 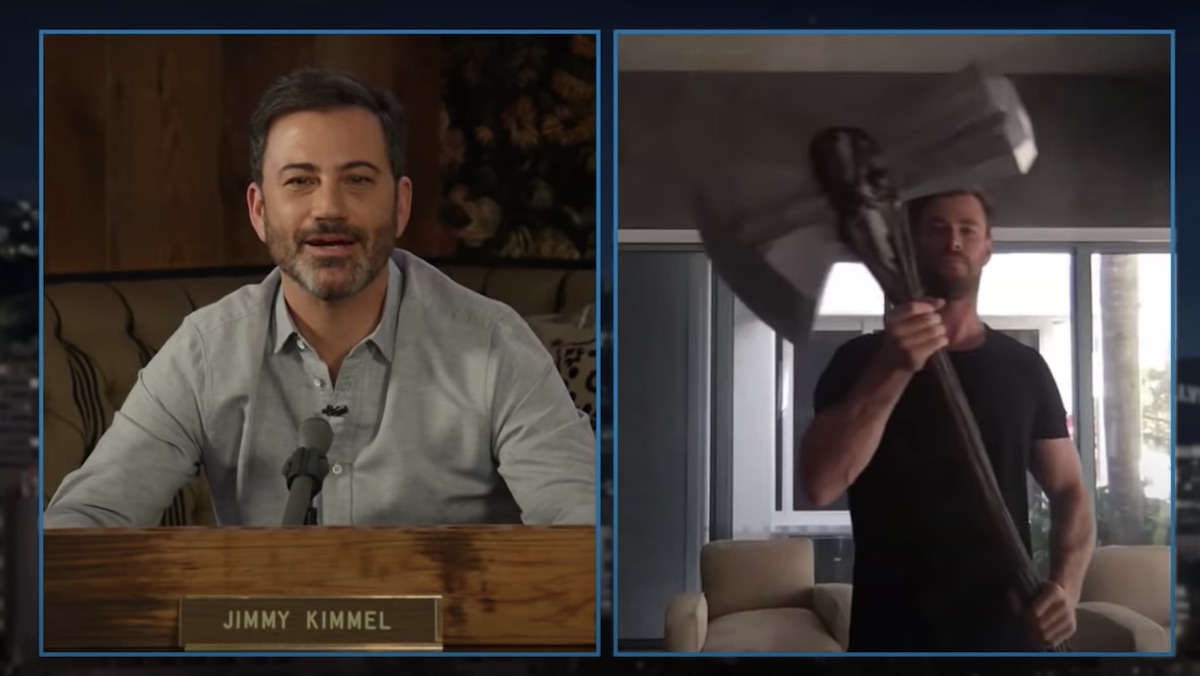 Actually, she’s probably better off using Stormbreaker if that happens. Yes, Hemsworth also owns a version of Thor’s newer weapon, which is a lot harder to store away.

Not that we’d put either one away. It wouldn’t help us teach kids math, but it would make being stuck in our homes a lot more fun.