Star Wars: The Rise of Skywalker is currently in theaters and the discourse surrounding the film is fully activated. There are a lot of opinions and takes floating around, and because this is Star Wars, some of them are piping hot. We’ve had plenty thoughts of our own that you can check out on our homepage, but now it’s time to focus on something a little more trivial: How many theories did we get right?

We’ve been speculating about Episode IX since The Last Jedi came out. Every new trailer and character reveal and photo inspired a new bit of speculation. What would happen to Rey? What was going on with the Death Star? What did the title mean? We went through every possibility in the last couple of years, and our guesses were all over the place.

But how accurate were they? Let’s go through every single theory post Nerdist wrote about The Rise of Skywalker to see. 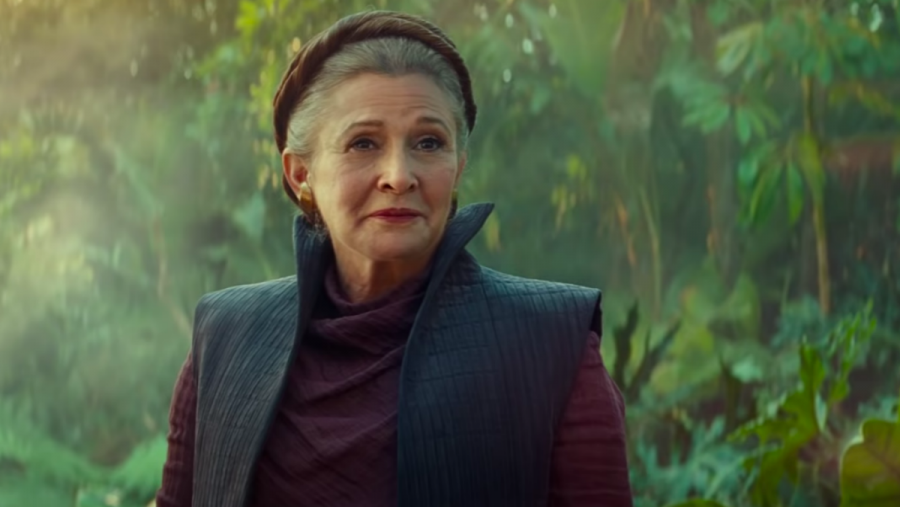 What we got right.

Let’s start with the positive! Back in July, director Kevin Smith teased that he visited the set of The Rise of Skywalker and was told by the crew at Pinewood Studios that production built a “mind-melting” set piece for the movie’s final scene. Our writer Michael Walsh tried to guess what this could mean, and accurately predicted that Tatooine would be the awe-inspiring setting. “That one spot under the duel suns, where Uncle Owen and Aunt Beru held an infant Luke at the end of the prequels, and where an antsy teenager once dreamed of leaving on an adventure at the start of A New Hope, would be a perfect, emotional, meaningful spot for the story—and fans—to say goodbye to the galaxy far, far away,” he wrote. Spot on! (Eric Diaz also speculated the film would return to Tatooine, although he misidentified the new planet Pasaana as the desert location.)

Michael Walsh also correctly predicted that Hux would be a First Order mole, after set rumors hinted that someone from the inside was selling Kylo’s secrets.

Writer Kelly Knox wondered if a prophecy in the Claudia Gray Star Wars novel Master & Apprentice was referring to Palpatine’s return in Episode IX. “When the righteous lose the light, evil once dead shall return,” the prophecy reads, and though this one isn’t a 100 percent confirmation, we’re gonna go ahead and call that a win for Kelly. The “righteous” could refer to either Kylo or Rey, since both, as a dyad, struggle with darkness in The Rise of Skywalker. Palpatine also confirms in the film that he was once dead. That sounds like something the book intentionally set up, as a bit of synergy with the rest of canon.

Erin Vail was spot-on when she guessed that Rey would be a Palpatine in the movie. “By giving Rey a legacy grandparent, [J.J. Abrams] could still leave Rey’s parents as nobodies,” she wrote back in April. “Maybe Palpatine had a son or daughter he didn’t want to acknowledge.” Strong in the Force, this one is. 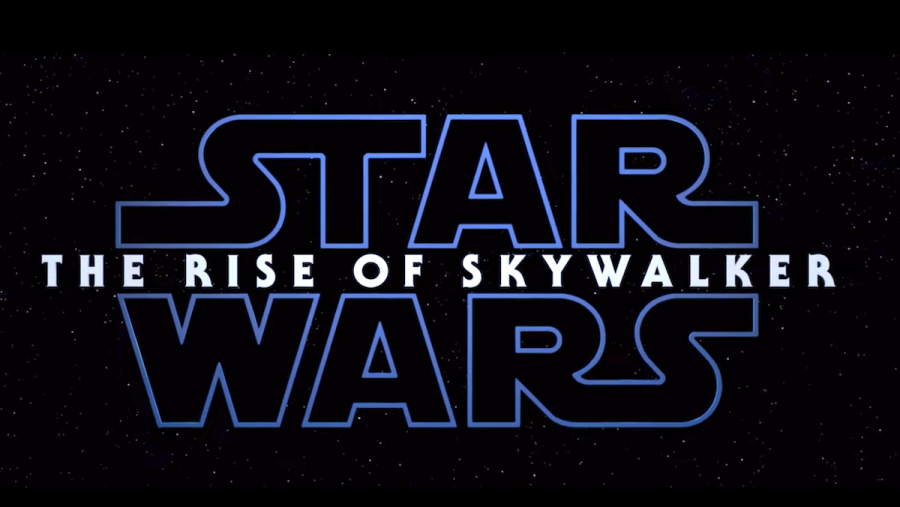 Erin also did some accurate color analysis when the film’s first teaser trailer was released at Celebration. She wondered if the indigo/purplish color of the logo indicated a team-up between Rey and Kylo. (Her blue saber and his red saber would together make purple.) “The title and trailer already have fans theorizing that we might see Rey and Kylo team up to bring balance to the Force and perhaps even take down surprise returning villain Emperor Palpatine,” she wrote, and that’s exactly what happens in the climax of the film.

Mica Arbeiter threw out a wacky theory in July that Han Solo could return in The Rise of Skywalker, and though they were completely wrong about the circumstances, we’re going to count this one because Han Solo does show up in the film in a vital moment that pretty much no one could have seen coming.

In April, Eric Diaz predicted that Rey would take on the Skywalker name at the end of Episode IX, a moment that not only happened, but served as the final moment of the saga. “Rey’s last name has been kept deliberately vague from the very start,” he wrote. “At first, this was to fuel speculation that she was Luke’s daughter around the time The Force Awakens came out, or even Han and Leia’s. But we believe that  the ultimate lesson of this trilogy is that being a Skywalker is not about a bloodline. It’s about being the one who saves the galaxy. Skywalker, as a word, has taken on new meaning.” That’s pretty much the exact message the film leaves us with.

Eric also accurately guessed that the film would give us more Force ghosts based on a vital line from the trailer. We heard Luke Skywalker say, “We’ve passed on all we know.” In the movie, he’s referring to himself and Leia, who passes away in the film and appears as a Force ghost with Luke at the end. We also hear the voices of many other Jedi at the end (including Obi-Wan Kenobi, Mace Windu, Yoda, and even Ahsoka Tano), when Rey channels the Force to defeat Palpatine.

After the D23 trailer dropped in August, I wrote a piece speculating that Leia was training Rey in the film. That turned out to be totally accurate; in her very first scene in the movie, we see that Rey is channeling the Force with Leia’s guidance. Later in the film, Rey even fights Palpatine with Leia’s lightsaber. 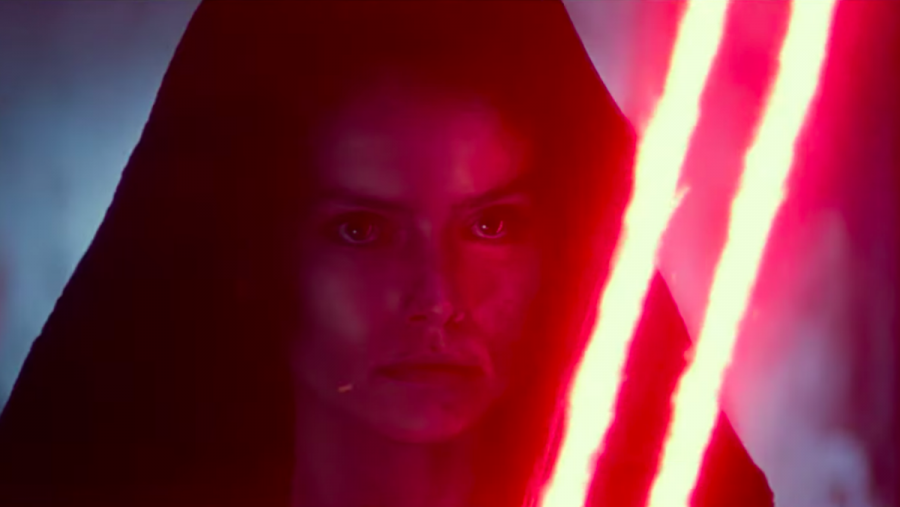 What we got wrong.

Turns out, a lot of things. But part of the fun is speculating, even when there was never really a chance in hell that “clone Rey” was going to be a thing.

That was one theory writer Rosie Knight had after the “Dark Rey” reveal from the D23 footage. “What if the Rey we know and love is just herself, the little scavenger from Jakku, and the ‘Dark Rey’ that we saw in the sizzle reel is a Dark Side clone of the potential Chosen One?” she guessed. That didn’t pan out, but it’s a fun one to consider.

Rosie also wondered if the scene from the trailer where Rey flips over Kylo’s TIE fighter was actually footage of the two training together. A lot of fans guessed this, considering Kylo never shot at his “enemy” while barreling towards her in the Pasaana desert. That didn’t end up being the case, although the two do team up towards the end of the film.

We all had questions about Rey’s past going into the film, especially after Abrams teased that there was more to her story. I incorrectly predicted that the transport ship we see in Rey’s memories had a connection to new character Zorii Bliss. While we do indeed see the same ship in The Rise of Skywalker, and it is flown to Kijimi—the planet where Zorii lives—the context is completely different in the movie. (And too complicated to explain here.)

We all had a feeling Kylo Ren would be redeemed in the film, and we were correct, although none of us guessed the means to his redemption. Rosie wondered if his lightsaber might have something to do with his turn toward the light, and I was wrong in assuming Kylo didn’t know about Vader’s own redemption. In the end, it was a visit from his father and his love for Rey that brought Ben Solo back—temporarily.

Speaking of the Death Star, Kyle Anderson wondered if we were headed there so Rey could track Anakin Skywalker’s path. From slave, to hero, to villain, to redemption, he guessed that the film might revisit prominent locations from the past so Rey could better understand her own. Metaphorically, Rey does go to key locations from Anakin’s past—like Tatooine and the Death Star—but the reasoning is different in the film.

Anthony Daniels teased that C-3PO would have a larger role to play in The Rise of Skywalker, and we tried to figure out what that would mean. I was wrong when I guess that Zorii Bliss was holding a piece of his head in a production photo released by Entertainment Weekly. (Although I wasn’t wrong that they would use Threepio to decode something important.)

Eric Diaz wondered if the film might give us a reunion between the original trio—Luke, Leia, and Han—and though all three do appear in the movie, sadly the three don’t share any scenes all together.

Erin Vail wondered if there was someone else under Kylo’s mask in the film, even throwing out a bit of speculating that Matt Smith’s top-secret character would be the entry’s real villain. Smith doesn’t appear in the finished product at all, which is another story for another time, and it really was plain ol’ Kylo under there in The Rise of Skywalker.

I wondered if the red ribbon seen around Rey’s wrist in the D23 footage confirmed a longtime fan theory that Rey and Kylo were connected by a “red string of fate.” Abrams actually squashed this rumor before the movie came out. The red ribbon has almost no significance in the film; it’s just something Rey grabs during a Force training obstacle course.

Rosie Knight and I both speculated about the World Between Worlds, a mystical Force location revealed in Star Wars Rebels. Would Rey or Kylo travel there, and might it reveal secrets from the past? Nope. The World Between Worlds isn’t referenced at all in The Rise of Skywalker, although the visual dictionary does reveal that Rey’s Jedi books talk about the mysterious place. Maybe she’ll go there in the future.

And just to cap this whole thing with a bit of fun, we have to give Eric Diaz credit for this bizarre theory. He posited a Reddit theory that Kylo Ren was so conflicted in his struggle between light and dark, that his mind conjured Snoke into existence. Honestly, we might have liked that a little better than the actual reveal—that Snoke was a clone and puppet of Palpatine’s—but alas.

We hope you enjoyed the ride to Star Wars: The Rise of Skywalker as much as we did. We’ll miss speculating about the Skywalker saga, but we have no doubt Disney+ and the future of Lucasfilm will give us plenty to think about in the years to come. We better start prepping our tinfoil hats now.