Does THE RISE OF SKYWALKER Hint That “Clone Rey” is Real?

Ever since Rey sat with Kylo and explained her experiences in the Force Cave — where she stepped towards the mirrored wall and asked to see her parents, only to see multiple images of herself — fans have wondered whether or not Rey might be a clone. After the release of D23’s stunning Star Wars sizzle reel, it’s looking like that theory or at least the existence of a Rey clone might not be as much of a stretch as it once seemed.

In case you haven’t watched the footage yet, it begins with a legacy montage of the series followed by some brief footage clips. It finishes with a glimpse of Rey wearing a black cloak and wielding a foldable double-sided, red bladed lightsaber. It’s this moment that has fans divided: Will Rey turn to the Dark Side? Is it simply a vision? Both of those are totally viable theories, but the young scavenger’s starkly different appearance in the scene sparked a thought in our galaxy brain. And it’s one that’s tied to the history of the series, the return of Palpatine, and the importance of clones throughout the decades of Star Wars canon.

Clones have long played a part in the sprawling galactic war at the center of Star Wars. The exploitation of Jango Fett and the genetically modified clones that became the Republic’s Clone Troopers happened under the merciless eye of none other than Emperor Palpatine himself, who utilized the Troopers to take control of the galaxy, enforcing the eradication of the Jedi under Order 66. Though the project began as a Jedi ordered Kaminian-created project during the rule of the Republic, it was replaced by Sith who implanted control chips and used distressing technology to craft the Troopers into unquestioning, super-strong, and brutal soldiers.

Of course, Rey is one single girl and not an army who has a clear purpose. So what would her purpose be? The obvious answer is her power, as she’s clearly a wildly powerful Force User and there are many people who would want to harness that. There is also the theory that Rey may be a clone of Palpatine himself, one of many that he made to evade death after he was killed by Darth Vader on the second Death Star. But what if the Rey we know and love is just herself, the little scavenger from Jakku and the “Dark Rey” that we saw in the sizzle reel is a Dark Side clone of the potential Chosen One?

This might sound far fetched, but if you’ve played the beloved Star Wars video game The Force Unleashed II, you’ll know that there’s a precedent for Sith Lords attempting to harness and control the strength of young Force Users through cloning. Galen Marek was the Padawan of Darth Vader who, after refusing to kill his master and join Palpatine, was killed. With Vader aware of Palpatine’s plans to replace him, he sought out the Kaminoan scientists in an attempt to clone and modify his former pupil. The outcome of this was subject Subject 1138 A.K.A. Starkiller who, depending on the player’s game, had the potential to turn to either the Dark Side or the Light. Though The Force Unleashed games were de-canonized, you can see that the story of Starkiller links into the canon lore of cloning, as well as obviously influencing the name of The Force Awaken’s super planet killer which was apparently named after Galen Marek.

So could Palpatine have somehow cloned Rey? We know that her parents were apparently nothing more than alcoholic gamblers who left her to rot in the deserts of Jakku. There’s a chance that one of Palpatine’s followers or minions found the young Force User and managed to create a clone, one molded and modeled specifically for the Dark Side. If that’s the case, it would be a perfect end and analog for the journey that Rey has been on — one of self-discovery, self-reflection, and ultimately self-acceptance. For Rey to face down a version of herself who has never had the freedom of choice, who has fully embraced her power and uses it only for evil, could be a terrifying and emotionally charged final battle. 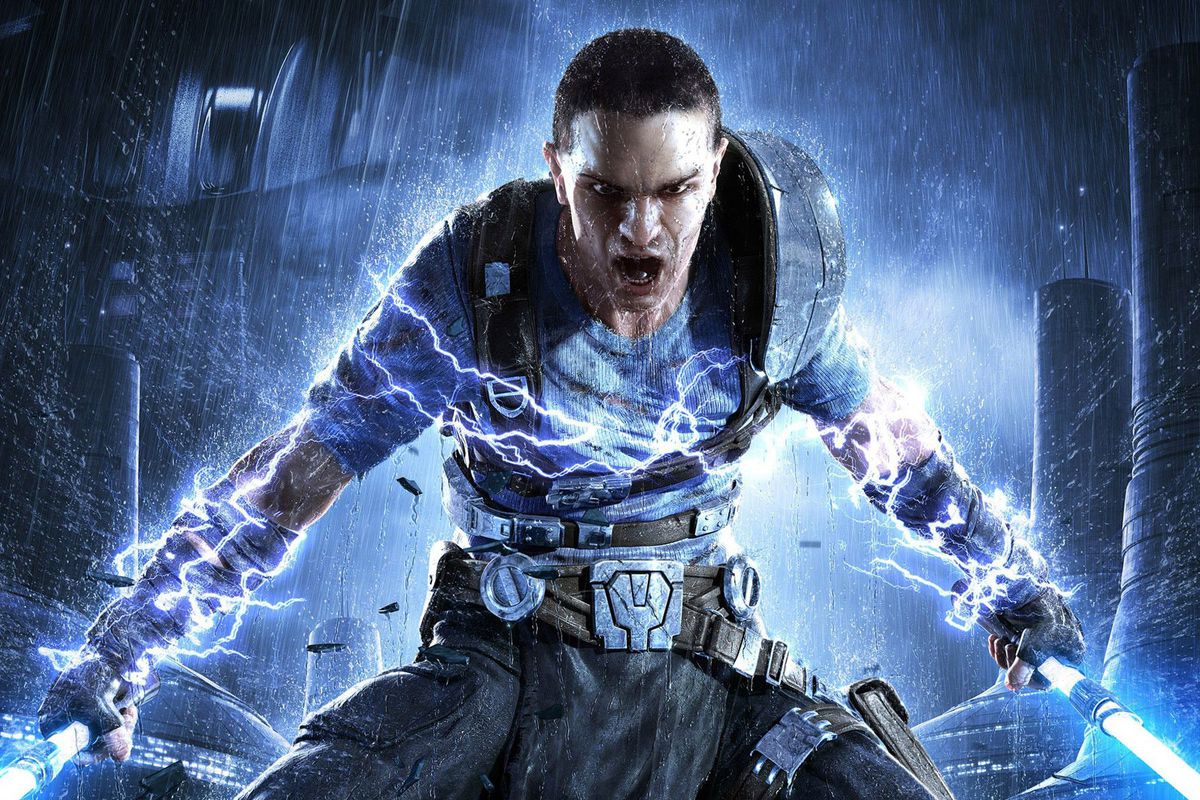 The other obvious option is that Rey is a clone of Palpatine, who was rescued, taken from the tank she was grown in, and left in the middle of nowhere to hopefully never be found by those who made her. It’s an interesting twist on the “Nobody” angle and could explain her proficiency of the Force and the lack of memories of her childhood. If this is the case, then maybe the Dark Rey we see is another one of the clones, sent to hunt down the one who got away. In reality, the idea of the hooded, double blade-wielding version of the heroine being nothing more than a vision is the most likely option… but isn’t it fun to dream?