We have our own theories how J.J. Abrams could unite all nine movies in the Star Wars saga with The Rise of Skywalker. Recently though Kevin Smith revealed something to IGN that hints at an epic, final moment connecting all three trilogies. During a visit to the production, he was told by the crew an incredible set built at Pinewood Studios will “melt your mind.” And it’s where the final scene in the movie takes place.

Smith elected not to see the mind-melting set after J.J. Abrams promised he’d rather experience it in a theater with other fans, but that doesn’t mean we can’t speculate/dream. Our best guess is it will be an important, immediately recognizable place where something significant happened in a previous movie, which eliminates any non-film locales. For it to melt minds it will also have to carry the emotional weight the very last scene will obviously carry. Here are seven places that fit that description. 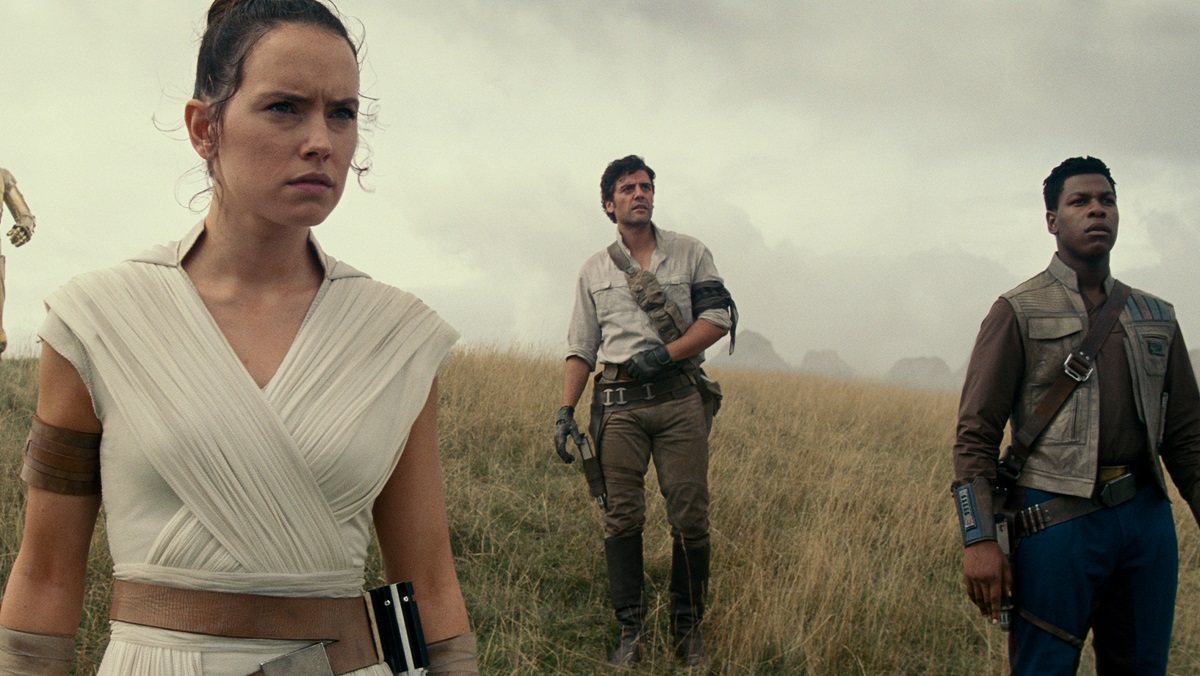 Yoda has appeared in all three trilogies, playing a major role along the way, especially in the prequels. His hidden home among the swamps of Dagobah is where he kept the teachings and ways of the Jedi alive before training Luke there. It’s one of the most important planets for both the Skywalker family and the galaxy itself. Dagobah’s history, especially it’s Dark Side Cave, is also worthy of a deeper exploration that could provide even greater meaning to anything else that happens there.

Rogue One made it on-screen canon that Darth Vader built his own temple on Mustafar, the lava planet where he fought his former master Obi-Wan in one of the best lightsaber duels ever. Kylo Ren’s obsession with his grandfather could easily lead him there for his own final showdown with someone he also has a close connection to, Rey, just like Anakin did.

We know not only will Emperor Palpatine return in some form in The Rise of Skywalker, remnants of the second Death Star where he died will too. Luke and Vader’s second showdown was where Luke’s refusal to kill his father and give into the Dark Side let Anakin Skywalker to regain his soul and (seemingly) ended the reign of Darth Sidious forever. What would be more fitting than for the entire franchise to end inside a Death Star, and in the throne room where the galaxy was saved the first time.

Jedi Temple or the Galactic Senate on Coruscant

The sequel trilogy hasn’t made many references to the prequels so far, but one idea raised in The Last Jedi by Luke was how long ago the Jedi’s hubris blinded them to the rising threat of the Sith. The center of their power and their demise was  Coruscant, one of the most important locales in the prequels. Whether the Jedi Temple, where generations trained and Anakin killed the younglings, or the Galactic Senate where Palpatine became Emperor and fought Yoda, there would be a poetry to restoring peace to the galaxy in the place where democracy died “with thunderous applause.”

The Phantom Menace might not be the favorite of many fans, but it does contain one of the most beloved lightsaber fights ever. The three-way battle between Qui-Gon, Obi-Wan, and Darth Maul wasn’t just an amazing fight though, it’s outcome effected everything that happened to the Skywalkers after. Had Qui-Gon not died would he have trained Anakin in a way Obi-Wan couldn’t? Would Anakin and Padme have ever have fallen in love otherwise? Luke, Leia, and Ben Solo’s family can all be traced back to Naboo and the death of Qui-Gon Jinn.

The epicenter of the Skywalker family, and really the entire franchise, is the place where it all started. The small moisture farm on Tattooine, where Anakin’s mother was freed and where Luke grew up, is the most important in all of the Star Wars saga. That one spot under the duel suns, where Uncle Owen and Aunt Beru held an infant Luke at the end of the prequels, and where an antsy teenager once dreamed of leaving on an adventure at the start of A New Hope, would be a perfect, emotional, meaningful spot for the story – and fans – to say goodbye to the galaxy far, far away.

Both the original trilogy and Darth Vader’s six-movie story ended with the celebration on the Forest Moon of Endor in Return of the Jedi, as Luke burned the black suit and helmet of Darth Vader. If The Rise of Skywalker ends with either the defeat or redemption of Ben Solo, Kylo Ren’s suit could also be burned like his grandfather’s once was, only this time a Force Ghost Luke will look on approvingly alongside the ghosts of Yoda, Obi-Wan, and Anakin Skywalker.

And if that happens, it will definitely melt our minds.

But they better play “Yub-Nub” if they also want to melt our ears.