No one ever wakes up in the morning and thinks, “I want to write a theory about how Han Solo could come back to life after  The Force Awakens.” It is a ludicrous notion. People in Star Wars might occasionally return from the dead as Force Ghosts, but they never simply UN-DIE. Yet here I am, dear reader, with just such a theory to unfurl. And it’s all thanks to Kevin Smith and a description from a novel about the largest weapon in the galaxy: Starkiller Base. After news broke that Billy Dee Williams could reprise his role as Lando in Star Wars: Episode IX, professional fanboy Kevin Smith took to Twitter with an off-the-wall idea…

If, due to a time travel device or the Force, there’s a plot development that allows Lando to repeat his EMPIRE STRIKES BACK line “There’s still a chance to save Han!” and get us back to that fateful bridge on Starkiller base? Then I’ll kiss JJ on the mouth. I’ll French him even. https://t.co/Tf1B4ppnmG

Almost immediately, Smith received pushback in the comments from fans. The death of Han Solo was an emotionally devastating moment that would lose its narrative oomph if it were retroactively nullified. Yes, Star Wars already did this with Obi-Wan’s death, and Yoda’s death, and Darth Maul’s death(s), and Captain Phasma’s death (probably twice, let’s be real), but this is different. And how could Han have even survived? Well, we can answer that with a bit of lore surrounding the Starkiller Base.

It was there that the First Order lay a stranglehold on the galaxy, and this was also where Han Solo lost his life. But due to the fast-paced nature of third act climatic battles, no one stopped to explain exactly how the planet-sized weapon worked. That’s what novelizations are for. And in the Star Wars: The Force Awakens novelization by Alan Dean Foster, there is plenty of time to explain how Starkiller functions. Short answer: No one knows. Long answer: The First Order was putzing with things they didn’t understand. 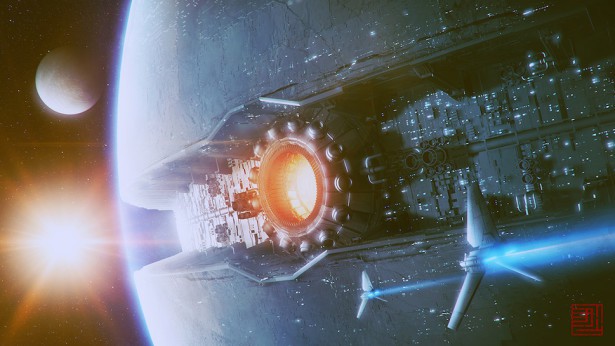 I wrote about the changes between the way Starkiller Base functioned in the film vs. the canon novel when it was first published, but here is the pertinent section:

Starkiller Base did not originally drain the sun, it was powered by dark matter. One of the few head scratchers in “The Force Awakens” was how the Starkiller base actually worked. Was it draining one sun after another and then moving on? How did it shoot a beam across the galaxy in real time? Why did it turn INTO a sun at the end (other than the visual metaphor of the light triumphing over the dark?) Turns out, it was never supposed to be powered by the sun. Situated in one place, messing with science they didn’t understand, the First Order was harvesting dark matter to power their weapon. As the matter congealed to be sucked into the core, the light was supposed to dim. Then, using more science they barely understood, they beamed the concentrated dark matter THROUGH the galaxy instead of across it. Basically they were ripping holes in time/space. Oh! And the target didn’t explode originally. It turned into a tiny sun.

*Lucasfilm is trying to marry both versions of Starkiller Base to fit into the lore.

So what does this mean for Han Solo? It means he fell into the bowels of a piece of technology that may have in part been designed by aliens so ancient that they’ve been forgotten by the rest of the galaxy. Aliens in the Expanded Universe that were called the Architects and had gizmos that would make Starkiller Base look like a Speak’N’Spell. Eventually, the Architects evolved into the canon demi-gods known as the Ones.

Regardless of origin, Han Solo definitely fell to his alleged death inside a weapon that punches holes in space and time. That leaves open a lot of possibilities. You can’t just rip open the fabric of reality and expect people not to crawl inside to see what it is. 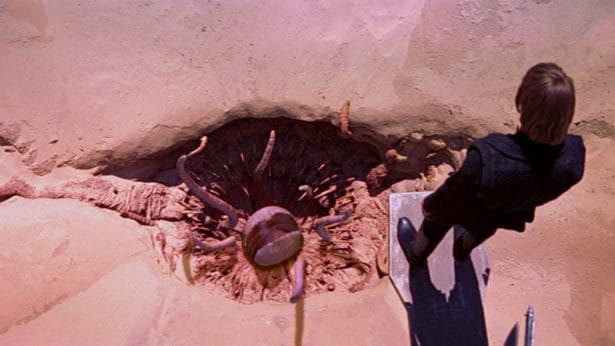 So it’s entirely possible Lando could find a hole in the tapestry of linear time and decide to pilot the Falcon back to rescue Han from certain death. Or maybe more Architects lay slumbering at the core of Starkiller Base and Han’s fall awakens them and they revive him with Tech Magic™. Or maybe Kylo Ren realizes the error of his ways and asks Rey for help to undo the horrors he unleashed that day. Any of those is possible using the lore foundation already in the films. And that’s before you add in the kicker from Star Wars Rebels. Straight up time travel.

In the Rebels episode “A World Between Worlds,” Ezra Bridger uses the Force to enter a dark realm that exists outside of time and space. Inside this realm are portals to specific points in time. Then shenanigans occur and Ezra and Ahsoka Tano barely escape with their lives—but the cornerstone was set! The Ones have power over time itself, which means: “There’s still a chance to save Han!”

But should they? That’s a whole separate conversation.

– Who will Keri Russell play in Episode IX?
-Will Episode IX return to Prequel Trilogy planets?
-The 13 best Han and Leia moments