If you’re familiar with Star Wars Rebels, Dave Filoni’s animated series that aired on Disney XD from 2014 to 2018, then you’re familiar with a place known as the “ World Between Worlds.” It’s an important location and concept, not just for its connection to the Force, but its possible ties to Star Wars: The Rise of Skywalker.

A few years ago, we might have doubted that a major plot point from a cartoon series could actually bleed into the live-action Skywalker saga. But as the Disney-era of Star Wars expands and evolves, those lines are blurring. Filoni, who also ran the animated series Star Wars: The Clone Wars, is an executive producer and director on The Mandalorian. Trailers for The Rise of Skywalker show The Ghost, a ship from Rebels, in a fleet beside the Millennium Falcon.

The future of Star Wars may involve more synergy between the various departments, sagas, and timelines. Maybe that all starts with The Rise of Skywalker. There are major reasons to believe the World Between Worlds will appear in Episode IX. And they all have to do with a character named Sheev Palpatine. Here’s a breakdown of the famous Rebels episode, its connection to the sequel trilogy, and what it could mean for the finale of the Skywalker saga.

What is the “World Between Worlds”? 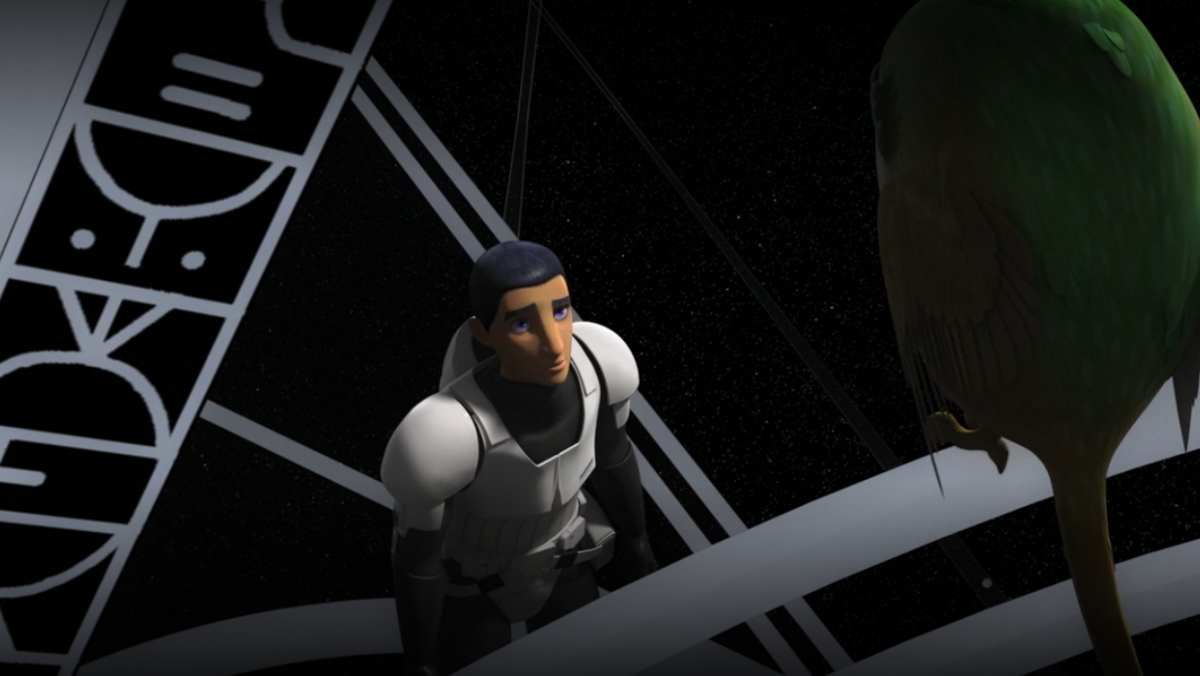 First introduced in season four, episode 13 of Rebels, the World Between Worlds is a mystical plane containing portals and pathways that connect all space and time. A padawan named Ezra Bridger gains access to the world through a portrait in the Jedi Temple on Lothal, his home planet. He’s there after the Rebels learned that Emperor Palpatine sent his goons to Lothal to study ancient art and gain access to the realm. The portrait is that of a mythic trio known as the Mortis gods: the Father, the Daughter, and the Son—three symbols of the Force who exist in their own mythical realm, called Mortis.

After decoding this ancient painting, Ezra walks through a portal and into the world, which is surrealist in its presentation; long, hand-drawn pathways connect doorways adorned by symbols. Ezra hears a series of detached voices as he enters and walks around. Yoda, Obi-Wan Kenobi, Qui-Gon Jinn, Ahsoka Tano, Leia Organa, Rey, Maz Kanata, Kylo Ren… all of them can be heard as Ezra moves throughout this strange place, looking for answers.

He stumbles upon a convor—an owl-like bird that he associates with Ahsoka—who guards a portal that contains a moment in time Ezra is knows well. He looks through and watches Ahsoka dueling her former master Anakin Skywalker, now Darth Vader. Ezra, knowing that their duel ends in Ahsoka’s demise, reaches through the portal and pulls her out to safety, effectively changing the past and showing the possibilities of the World Between Worlds.

Later, Ezra and Ahsoka are confronted by a portal containing Palpatine, who wants desperately to enter the dimension so that he might be all powerful. He shoots blue flames at Ezra and Ahsoka, who narrowly escape. Ahsoka runs back to her portal, swearing to find Ezra now that he’s saved her, and Ezra flees to the entrance, sealing the gateway behind him. The effort destroys the Jedi Temple, and foils the Empire’s attempted infiltration.

Have we already seen it in the sequel trilogy?

The Jedi Temple on Lothal was destroyed, along with the Mortis mural, but that doesn’t mean the World Between Worlds was closed off forever. Its intangibility means that it exists around all Force users, who may enter it or experience it in other forms. “I always got the sense that if somebody else had gone into that World Between Worlds, they would have experienced something completely different,” Rebels executive producer Henry Gilroy has said of the mysterious plane. “They would have heard different voices echoing, the portals would have been different, so it’s all about what you bring into it and what your experiences are and what your connections are.”

Many fans speculate that we’ve seen the World Between Worlds in other forms. We learned from The Last Jedi that Rey and Kylo Ren share a bond that transcends space and time; they’re able to physically affect one another from across the galaxy. Could this bond exist via the World Between Worlds? That could explain why they’re able to communicate cross-dimensionally, and also why Palpatine takes an interest in them in The Rise of Skywalker.

Is this how Palpatine comes back? 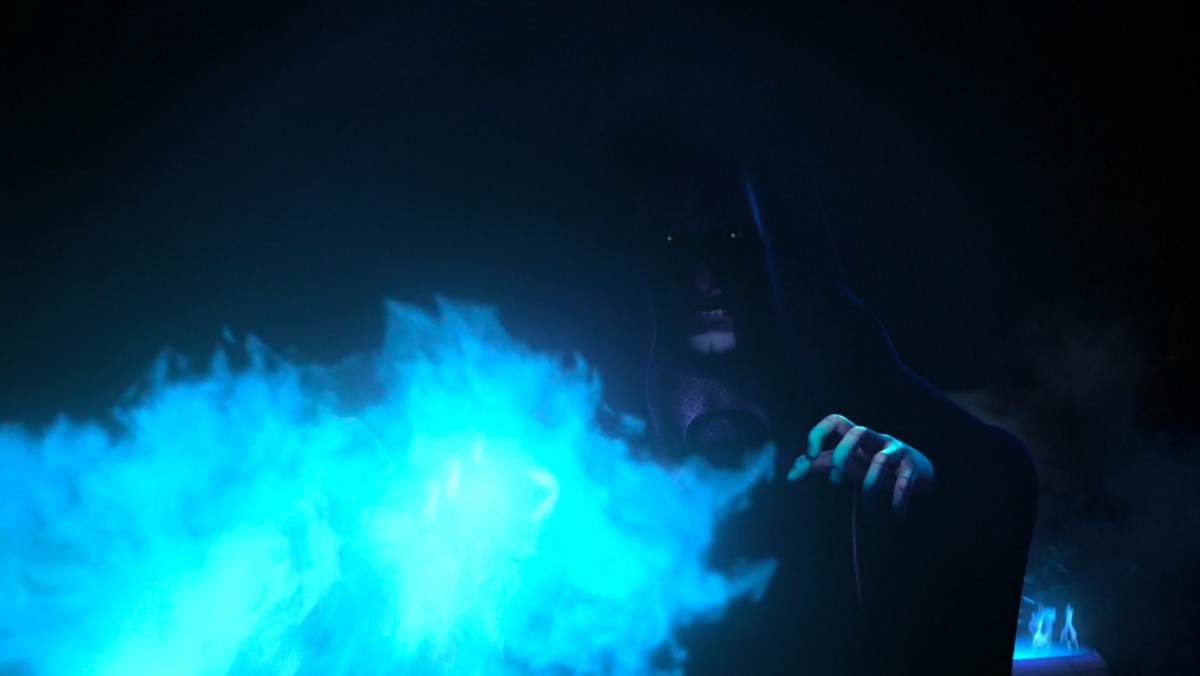 We already know that Palpatine is obsessed with the World Between Worlds. In Rebels, he hopes to enter and command it, one of many attempts to play Force puppet master. Palpatine allegedly died aboard the second Death Star, but the trailers for The Rise of Skywalker suggest he either miraculously survived his epic fall or learned to manipulate death. In the film’s final trailer, we hear him say one curious bit of dialogue:

“Long have I waited. And now, your coming together is your undoing.”

In Rebels, when Palpatine tries to enter the World Between Worlds, he yells, “Show me the way, Ezra. Help me.” Ezra refuses and escapes, but what if Palpatine is able to manipulate a less convicted Force wielder? Kylo Ren, though abnormally strong in the Force, is lost at the end of The Last Jedi. His own attempts to recruit Rey were unsuccessful. He’s without a master after killing Snoke. He’s vulnerable, and as canon has proved, easily swayed. Could Palpatine sense this from beyond and trick Kylo into grabbing him out of a moment in the past?

Or maybe Palpatine is able to manipulate Rey and Kylo’s Force bond and reemerge that way. That could explain that line in the trailer: “Your coming together is your undoing.” Perhaps their Force bond has worn down some magical barrier, allowing the Emperor’s return.

Could we see more fallen heroes? 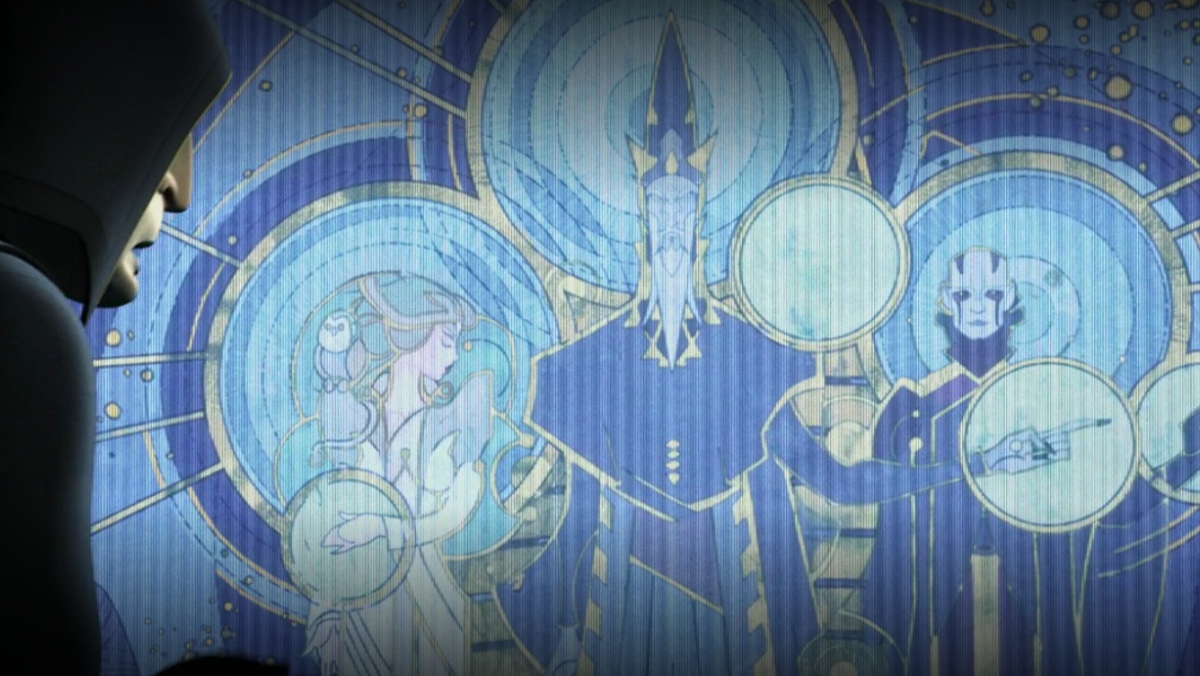 If the World Between Worlds does factor into The Rise of Skywalker, we have a feeling it’ll be more of a symbolic gesture. But there are shortcut ways we could see and learn about it. Luke’s Force ghost, for example, could mention the nature of Kylo and Rey’s bond.

And if Kylo does physically enter the World Between Worlds, it’d be such a great way to show us other characters from the past who might tempt or assuage him. Imagine him stumbling into a memory of his grandfather, Anakin Skywalker, before his turn to the Dark Side. What would that conversation be like? Opening the realm could put Kylo or Rey face-to-face with the legacy of what’s come before, and could tie all nine episodes together.

Regardless of what literally happens on screen in The Rise of Skywalker, we have a feeling the World Between Worlds factors into this story—even if it’s in the margins, a bit of explanation for another time or place.