The final chapter of Star Wars‘ 40 years long Skywalker Saga is coming to a close with Episode IX, now officially called The Rise of Skywalker. But does this title actually mean what we think it means? Or has the word “Skywalker” taken on a whole new meaning?

At the end of The Last Jedi, Rey takes the sacred Jedi texts from Luke’s cave on Ahch-To. While we presumed that Rey would use the knowledge contained inside to restart the Jedi Order, something Luke tried and failed to do, we now believe their purpose is something else entirely. Remember, as Luke himself pointed out in Episode VIII, the Jedi Order was ultimately a failure. Their dogmatic ways ultimately led to the creation of Darth Vader. If Anakin were allowed to marry and have a family, would he have ever betrayed the galaxy? It’s debatable, but we say no. And the Jedi were so up their own butts, they failed to spot the return of the Sith and the rise of the Empire! 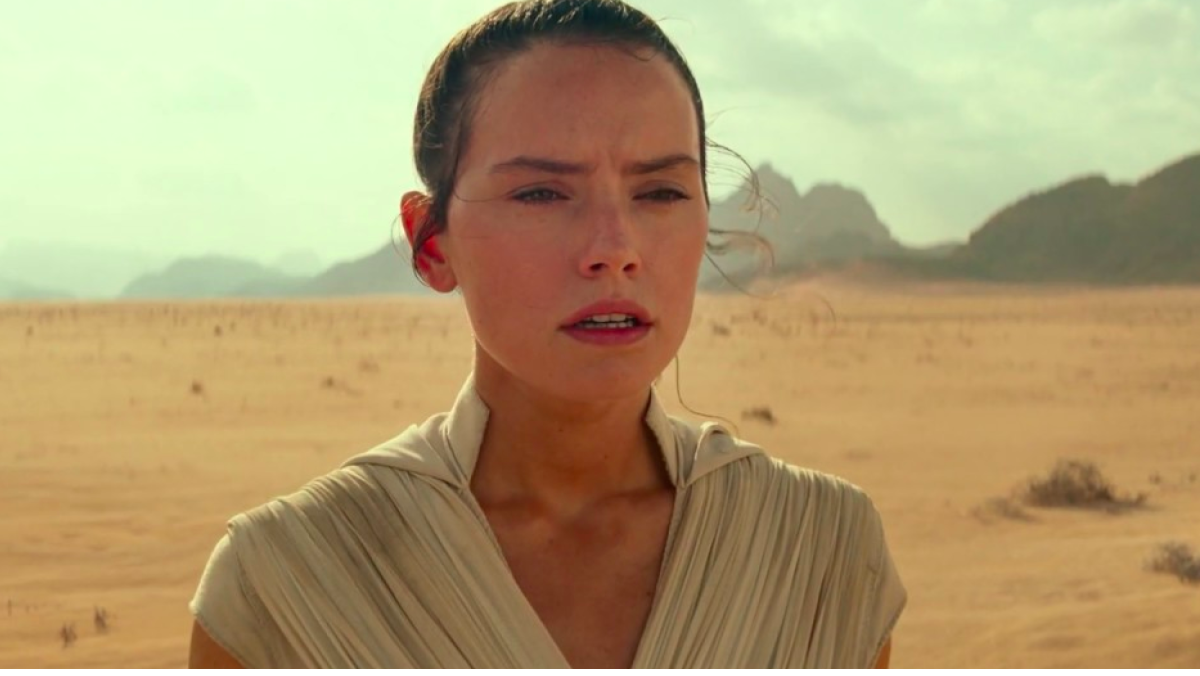 Luke went into exile because he felt “it was time for the Jedi to end,” and we’re not so sure he was wrong about that. But maybe something new can rise in its place. Maybe this new order of Force-using knights created from the ancient teachings in the Jedi texts will be something new that reflects the old ways, but without all the rules, dogma, and drama. As fans of Clone Wars and Rebels are well aware, Ahsoka Tano became a Force-wielding warrior without being a Jedi, so the precedent is set.  And as a way of honoring her teacher, Rey names this new order of Ahsoka-like good Force warriors “Skywalkers.”

The title “The Rise of Skywalker” isn’t about Luke’s return, retconning Rey’s parentage, or anything like that. We’ll see Force Ghost Luke for sure, but he’s pretty dead in the physical sense. Nor do I think Kylo Ren will be redeemed to the point of being able to take the name Skywalker again, either. But what if the word “Skywalker” itself is now an honorific, a title? Rey’s last name has been kept deliberately vague from the very start. At first, this was to fuel speculation that she was Luke’s daughter around the time The Force Awakens came out, or even Han and Leia’s. But we believe that the ultimate lesson of this trilogy is that being a Skywalker is not about a bloodline. It’s about being the one who saves the galaxy. Skywalker, as a word, has taken on new meaning.

Now, it’s possible Rey merely takes the name Skywalker as her surname, as a way of redeeming that legacy. And that’s not a terrible idea. But as the children playing on Canto Bight at the end of The Last Jedi showed us, Luke’s last stand on Crait is now legend. Rey might wish to honor that by extending the title Skywalker to all who follow her banner. Episode VIII was called The Last Jedi because Luke really is actually that – the end of that old Order. What Rey becomes now is ultimately something new. And why not name this new order after the greatest legend in the universe? The children on Canto Bight represent the future, as we see those kids playing with makeshift Luke Skywalker toys. This moment foreshadows that they will become part of the Skywalker legacy themselves.

Whether Rey takes on the name or a new order of Force uses end up as Skywalkers, it seems clear that what we thought about the Skywalker Saga is wrong. It’s about a family, sure, but also about the very name — and what it stands for — taking on new meaning for a galaxy on the brink of change.