Lisa Joy on the Inspiration and Themes of REMINISCENCE - Nerdist

Lisa Joy on the Inspiration and Themes of REMINISCENCE

Being a woman creator in Hollywood is no easy feat. Even more so if you’re a woman taking on the sci-fi genre. But Lisa Joy is no ordinary woman. The former lawyer made the jump from attorney to writer back in 2007. That’s when Heroes showrunner Michael Green recommended her spec script to Pushing Daisies creator Bryan Fuller. Since that monumental pivot, Joy wrote and produced the popular series Burn Notice. And she is the co-writer, co-executive producer, and co-showrunner of Westworld. Her husband, Jonathan Nolan, is her creative partner and co-showrunner for the popular HBO series.

The experience of becoming a mother shortly after the loss of her grandfather sent her on the path of memory, and Reminiscence was born. “You know that baby smell they have when they’re babies?” she asks Nerdist. “And it’s so intoxicating, and it just does something primal to your heart? I can’t remember the smell now. I just remember how much I loved it, you know?” 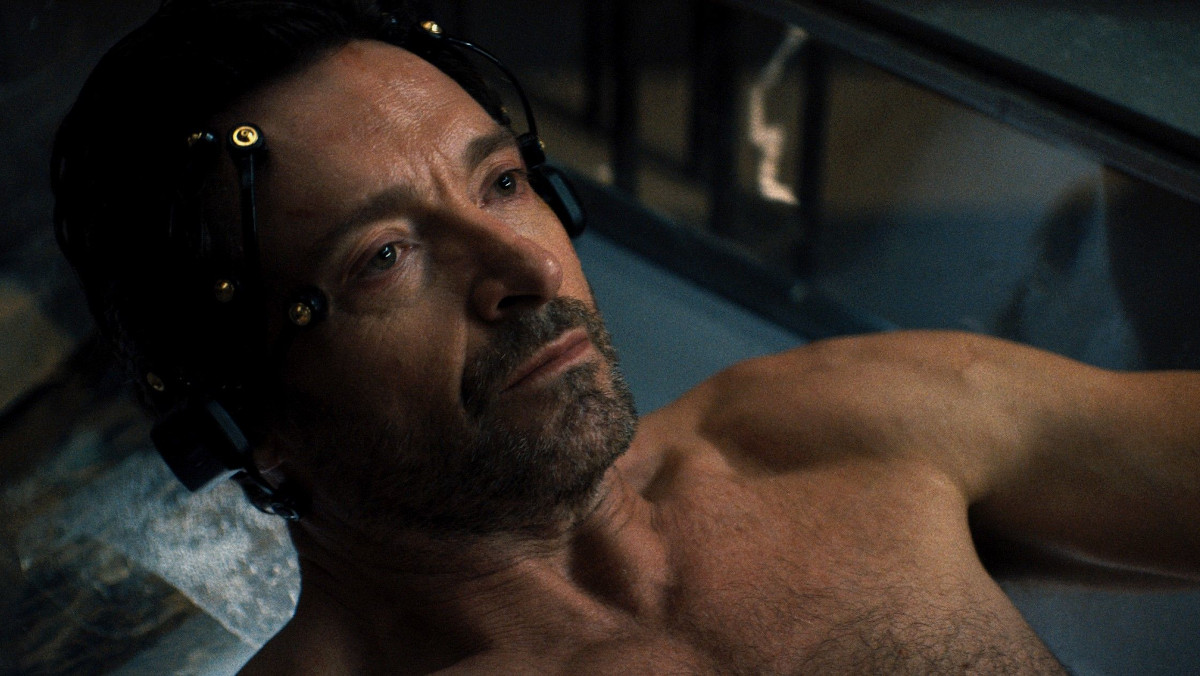 Joy continues, “I knew details like that I don’t get to hold onto, and it pained me. But it also made me, despite how exhausted I was when I was nursing her at night, it made me pay attention. It made me, with all the brain cells I had available, try to lock in and appreciate those moments for what they were.”

Reminiscence is based on an original script Joy wrote a few years ago. The noir-style film takes place in the near future and is set in Miami. Global warming has impacted the world, both geologically and sociologically. Rising ocean waters have flooded seaside cities, like Miami, and temperatures have skyrocketed. People have learned to live during the nighttime and tuck themselves away during the day.

Private investigator Nick Bannister (Hugh Jackman) owns a machine that he operates as a side business. That machine allows people to relive their memories as an escape from reality. Though cautioned by his colleague and friend, Watts (Thandiwe Newton), he becomes enamored with a new client, Mae (Rebecca Ferguson). When Mae disappears, Nick risks everything, including his own memories, to discover what happened to her.

Although she wrote the film years ago, the current pandemic has made Joy hold on to the power of memory even more. “Making this film kind of helped emotionally prepare me for the pandemic,” she says. “And it helped me process things that were happening. I’d already been really immersing myself in understanding life as this fleeting thing; we don’t have that much time. We never do, and we don’t know when it’s over.”

“Bannister talks about how time isn’t a one-way street anymore, with his machine. But for us, without that machine existing in real life, time is experienced as a one-way street. So with brief sojourns, brief hazy sojourns to the past, through memory, but you can’t really go back. You can’t really feel it fully again.”

She added, “The idea that these people, in all the complexity of their lives, would come together and try to make something with me, together, in this collective vision, that was a beautiful thing to me. And because some of Reminiscence‘s themes are about appreciating those moments, I really drank them in fully. And so, when I was locked away in quarantine along with everyone else, I would dip back into those moments. And they helped sustain me, as I think memory helps sustain a lot of people.” 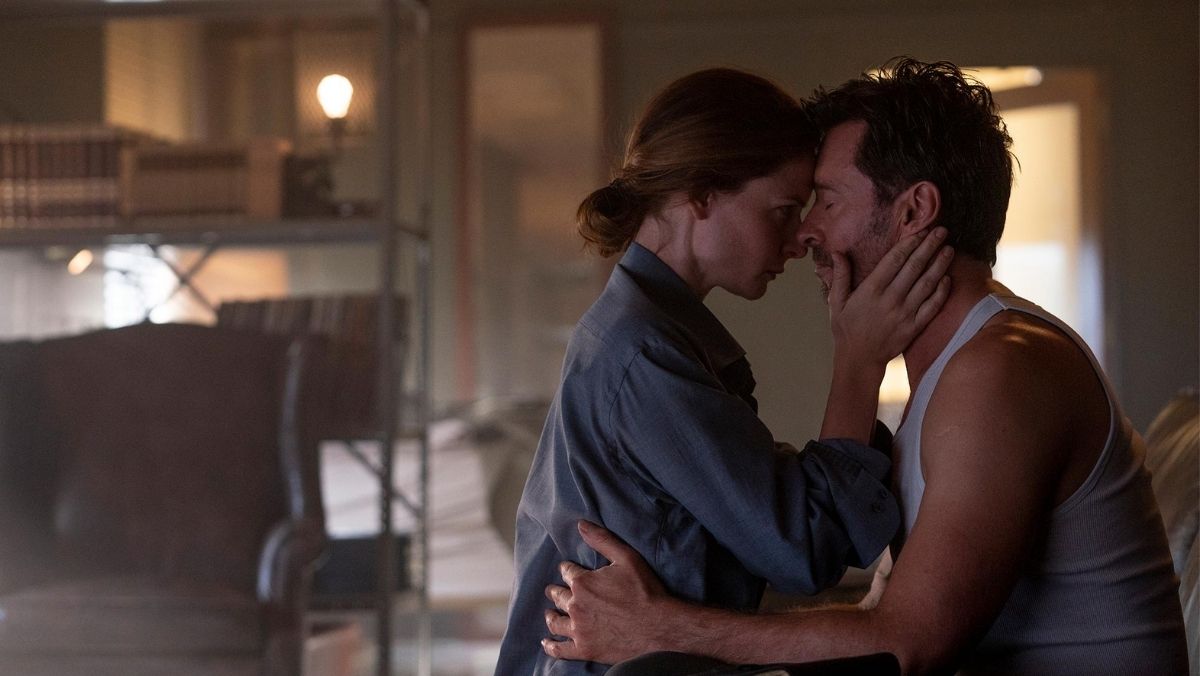 Aside from memory, one of the other major themes of Reminiscence is perception. Or at least how we’ve been trained to perceive women in a certain light. Joy believes that perception is a “gift.” She expands on that by saying, “It’s about seeing things and people for who they truly are. That is a gift that you can give and a gift that you can receive. Especially if you are a woman because it is so hard to be seen for what you are.”

“One day, you could wear a dress, you could be a certain age, and then revisit the same scene 20 years later in the same outfit. And people make all sorts of suppositions about you,” she notes. “You can’t help it. And you cannot turn off that gaze and the way that it pins you down. It’s a very difficult burden to live under. You’re constantly imagining the dance steps of the multiple partners surrounding you and how to navigate so you can be most true to yourself so that you don’t get stomped on and reduced to nothing because of a gaze that has nothing to do with you.”

Joy continues, “I think it’s something that every single woman absolutely understands and has to contend with regularly. A bunch of our brain space is dealt with just dodging and parrying these suppositions. That was very much something that I wanted to address.” Mae (Ferguson) bursts into Nick’s office in the film, seemingly looking for some lost keys. As the film moves forward, it not only makes Nick question what he thought he knew about his girlfriend, but it questions the audience as well. That is due not just to the script but how Joy worked with Ferguson to deliver that idea.

“When I talked to Rebecca about the role, we tackled that head-on. I said, ‘Look, you’re a femme fatale, and that’s a role, and that’s a trope. And you know that. Your character knows that, and you are using it as a tool, as a weapon. It has nothing to do, necessarily, with who you really are. That remains to be seen.’ But it’s so weird when you live in a world that has so many tropes and pre-existing notions about you. Sometimes the only way to weather it is to try to know that they’re going to look at you one way, which means maybe they won’t see you coming.”

The director and writer also feels that sci-fi is exactly where women belong. She says, “I think like a lot of women, you learn to experience life in both a subjective and an objective way, right? So if I’m walking down a street, if I’m walking down a dark alley at night, I’m walking in my body, and I’m also outside of my body, floating around, thinking about and positing about all the possibilities for danger.”

“I am my own alien, hovering around me, looking at things from outside the situation to keep me as a human safe,” she states. “And in some ways, it’s like being in a genre thing. My husband often says I’m like a robot sometimes. Because I’m trying to compute things while also living them. And I’m like, ‘Well, that’s what you have to do to survive as a woman. That’s how you have to maneuver in this society.’ So if genre, science fiction, and fantasy are about seeing things from an alien viewpoint, seeing things from a vantage point that is not wholly terrestrial in that sense, then who better than a woman to write it?”

Reminiscence is now playing in theaters and on HBOMax.