REMINISCENCE Is a Forgettable Movie With a Memorable Premise

Reminiscence, from writer and first-time film director Lisa Joy ( Westworld), has a memorable premise. A flooded world in the not-so-distant future has technology that allows people to access memories. Those who experienced those events can relive them. While others can watch and study those fully realized recollections. The sci-fi noir also boasts a memorable cast, led by Hugh Jackman, Rebecca Ferguson, and Thandiwe Newton, all living up to their stellar reputations. Unfortunately, despite a great idea and performances, Reminiscence is likely to be remembered as a missed opportunity. A movie with a lackluster plot that underutilized its concept and didn’t say much of anything because it had too much to say.

And that includes an ineffective narration that plays less like a classic noir trope and more like a burdensome weight on the film’s far more effective visual storytelling.

Joy’s script has lots of big ideas. From how we use and often abuse our past to what we want from the future and each other. There are also the issues of climate change and income inequality. And border control and the police state. Oh, and don’t forget social commentary and more personal explorations of what it means to be alive.

If that sounds like a lot it’s because it is. And with so many ideas, some of the most compelling aspects of this world feel more like afterthoughts than significant elements. That’s particularly frustrating because some of them, especially the socioeconomic structure of this broken world, seem like a more interesting angle to explore this dystopian wetland rather than the story we get.

Those shortcomings wouldn’t matter as much if the film’s two most important aspects didn’t come up so short. The main plot is a traditional noir story. One day the beautiful Mae (Ferguson) upends the life of private investigator Nick Bannister (Jackman). He becomes obsessed with finding her after she unexpectedly disappears following a whirlwind romance. His quest to find her becomes an unhealthy obsession. One that leads him into a bigger story that has few (if any) surprises. Even if you don’t figure out the whole mystery before it’s fully revealed, its revelations won’t exactly surprise you. The film is too neat. Every piece is abundantly part of the puzzle. 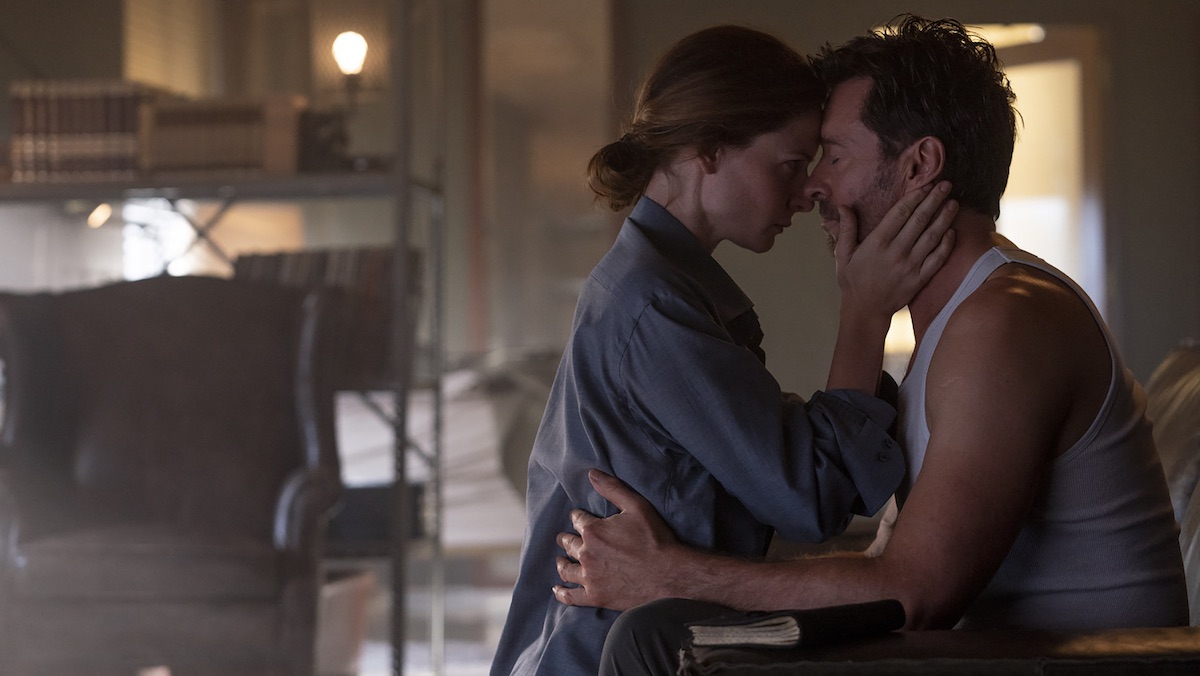 Considering how important nearly every minor character ends up being to the plot, it’s incredible how underdeveloped almost all of them are. This is a story about the three main stars, including Newton as Bannister’s friend and employee Watts, who are all better than the material they’re given. The dialogue isn’t bad. But with the exception of one or two scenes, it’s all forgettable the moment a character stops speaking.

Except for Jackman’s narration. It’s hard to forget because it’s so needless, overbearing, and immediately tiresome. The movie is at its best visually telling the story. And most of the exposition Jackman provides could easily be given with a single well-placed line. This is a movie, not a TV series. We don’t need to know as much about this world as we do.

When the film finds a nice groove, it’s immediately upended by the narration. Jackman’s voice and performance aren’t the problem. This isn’t Harrison Ford sandbagging Blade Runner‘s frivolous voiceover. The existence of the narration itself is the problem. 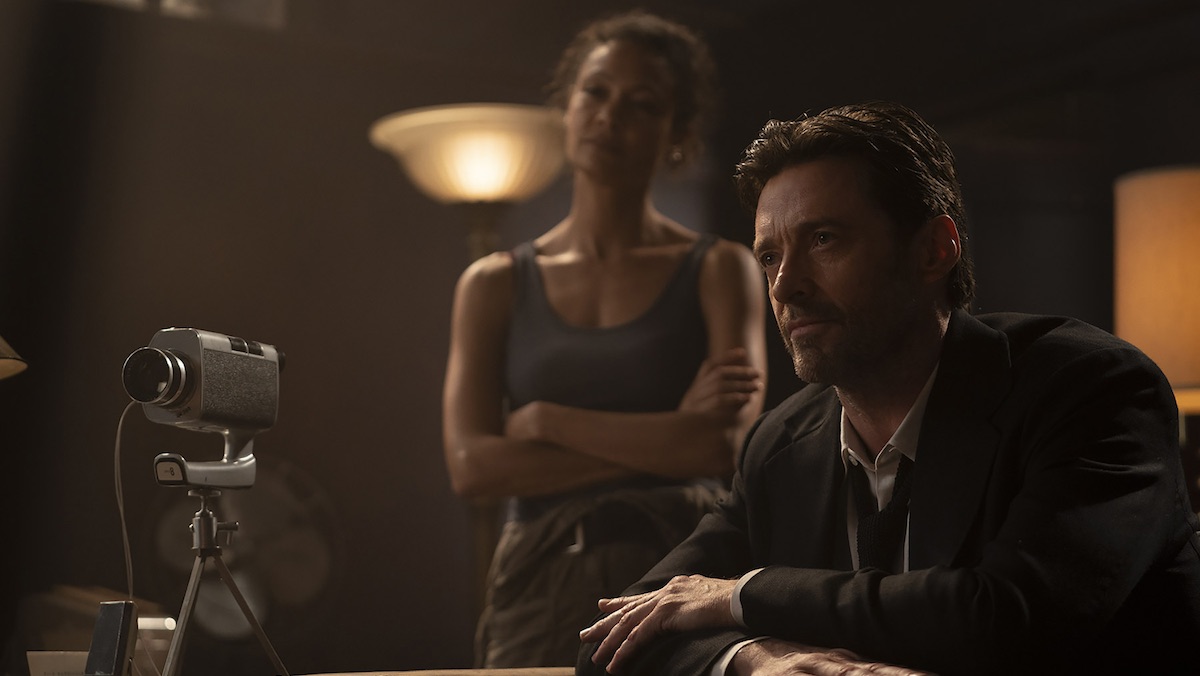 The movie’s worst crime is not its underwhelming mystery. Nor its cumbersome narration or underdeveloped minor characters. (Or in the case of one fantastic character, their too short screen time.) The real crime is that in a world where people can watch memories and relive memories, Reminiscence has little to say about memories and the role they play in our lives. There’s nothing new or insightful here. Nor is there anything especially poignant save for one small speech. Living in the past is bad because you might forget to live now? Yeah, for sure. We don’t need a memory machine to know that.

The movie also underuses the machine itself. Too much of the story takes place in the present. Memories are mostly used the way a detective would use security footage. When it is finally used in a truly creative and meaningful way, it’s frustrating to realize what could have been happening all along. Joy created a superb premise, a literal memory machine, and developed an innovative way to film it. Then didn’t do much with it. It’s like buying a Ferrari and hiring the best driver in the world to chauffeur you around. Then having them go 15 miles per hour to drop you off three blocks from your house. 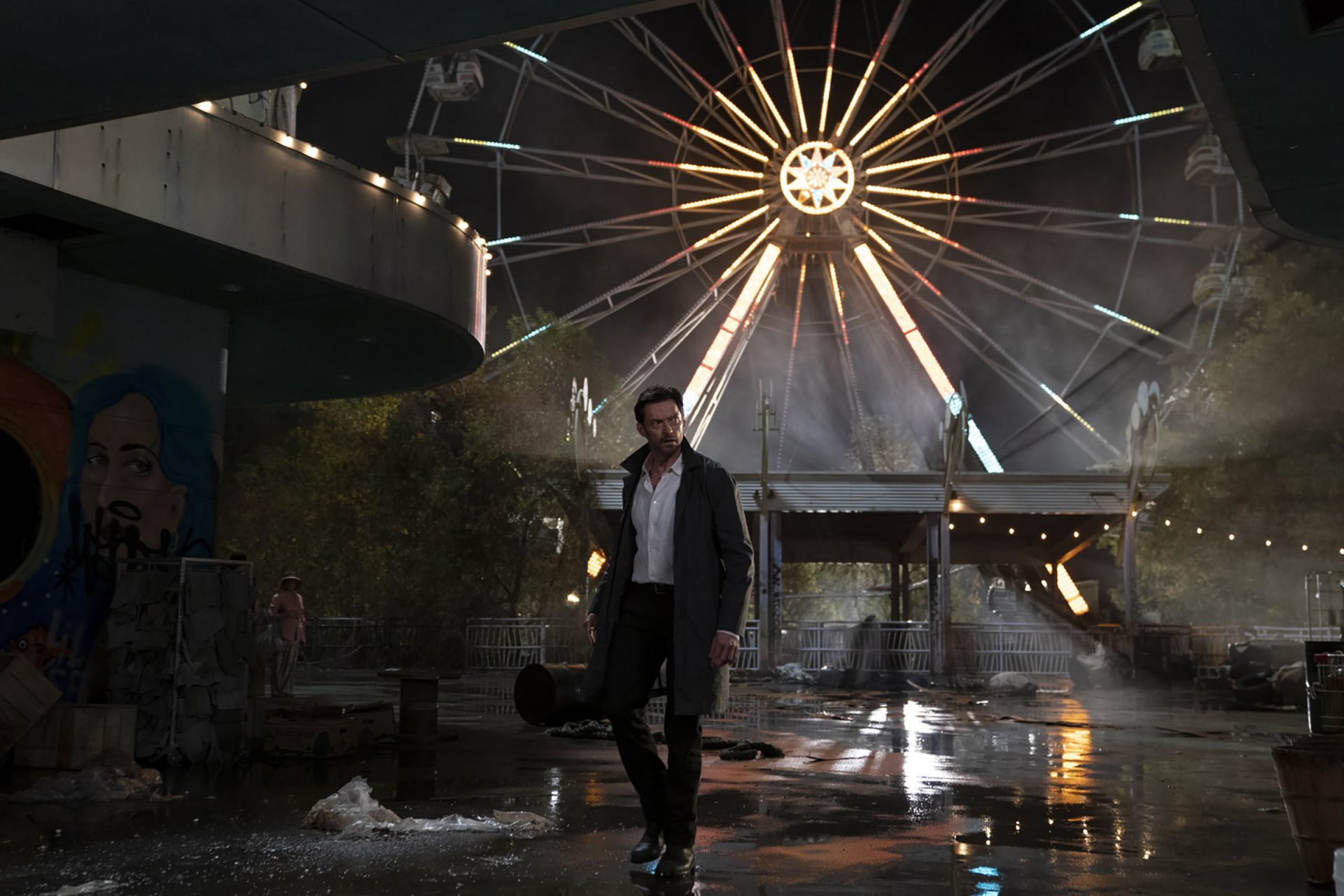 Reminiscence isn’t a bad film. There’s too much going for it to be that. But it’s not a good one either. It ignores some of its most interesting ideas while not doing enough with its best ones. Considering its premise and cast, it could have deftly combined two great genres to make something unforgettable. Instead, the only thing Reminiscence will be remembered for is that it should have been a much better movie.