In September 2020, a team of archaeologists began searching for the mortuary temple of Tutankhamun—a.k.a. King Tut—along the Nile River in Egypt. Now, after months of excavation, the team says it hasn’t found Tut’s temple. But it has uncovered a consolation prize: the largest ancient Egyptian city on record. And the city’s so well intact, archaeologists are finding preserved slices of everyday life; including dried meat and fish, shoes, and lots of human skeletons.

National Geographic reported on the discovery, which the team of archaeologists recently announced. The team’s lead archaeologist, Dr. Zahi Hawass, described the finding in a post on Facebook, saying this is the second-most important find from ancient Egypt; right after King Tut’s tomb.

Hawass has dubbed the city the “Lost Golden City” as Egyptians built it during the country’s ancient, Golden age. The archaeologists have pegged the city to the reign of king Amenhotep III, making it more than 3,000 years old.

“Founded by one of the greatest rulers of Egypt, king Amenhotep III…this city was active during the great king’s co-regency with his son, the famous Amenhotep IV/Akhenaton,” Hawass says in his Facebook post. He adds that “[the Lost Golden City] was the largest administrative and industrial settlement in the era of the Egyptian empire on the western bank of Luxor.” 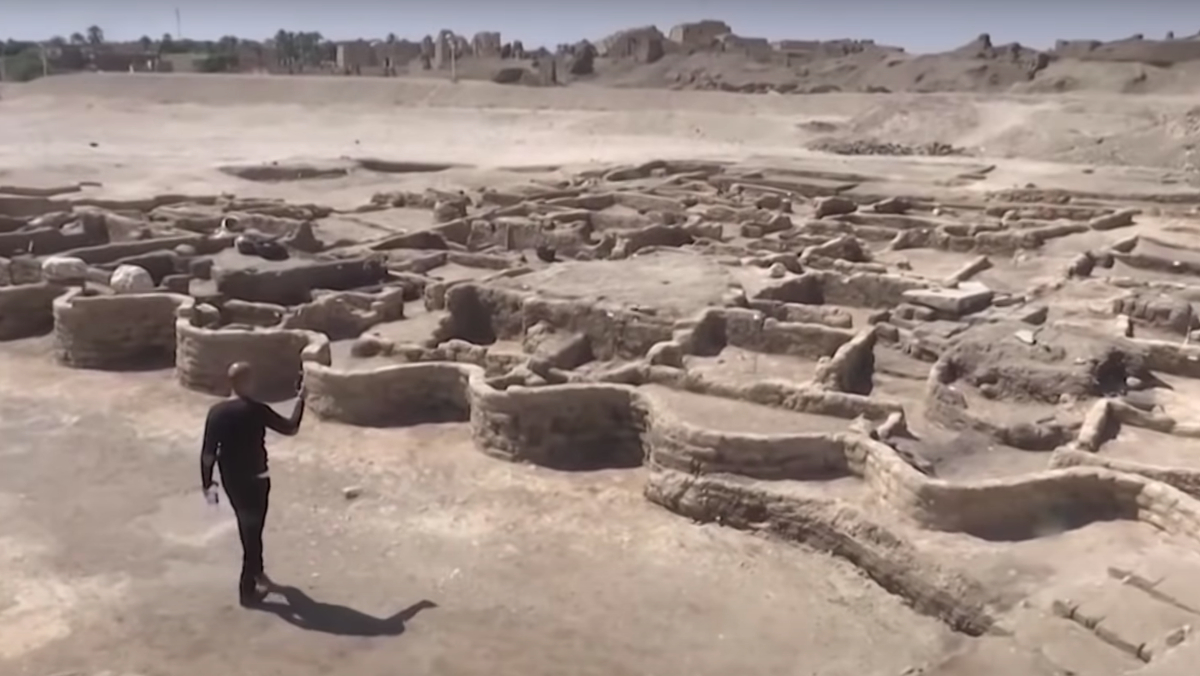 In the pictures above, Hawass shows off the ancient city outlined by an expansive, checkered footprint of mud-brick walls. Inside of each walled plot, archaeologists continue to find pieces of daily life so detailed they instantly make ancient Egypt seem tangible. One vessel archaeologists uncovered—still full of boiled meat—for example, still has its original inscription on it: “Year 37, dressed meat for the third Heb Sed festival from the slaughterhouse of the stockyard of Kha made by the butcher luwy.”

“This is the most important discovery since the tomb of Tut and will shed an extraordinary amount of information about ancient Egypt,” Hawass added on Instagram. “The archaeological layers have laid untouched for thousands of years, left by the ancient residents as if it were yesterday.”

The video below from Al Jazeera shows the portion of the city that archaeologists have excavated so far. And while what they’ve already found is amazing, there’s undoubtedly a lot more treasure—and skeletons—to dig up.