Because Baby Yoda from The Mandalorian has managed to hack humanity’s limbic system with its cuteness, people are constantly churning out replicas of the snuggly alien. Some of which really float too; like this miniature RC hover-pod, or this Mattel Yoda that was sold at auction. Now, in another addition to the list of IRL floating Baby Yodas in our world, we have one from YouTuber the Hacksmith. And it’s probably the most feature-complete one out there.

The Hacksmith, a.k.a. James Hobson, recently posted the above video to his YouTube channel. The Hacksmith and his team of fellow engineers have created countless real-life props like this floating B-Yod before. Including several others from The Mandalorian, as well as many types of wildly powerful lightsaber.

In the video, Hobson’s engineers show how they built the radio-controlled Baby Yoda—who’s known as “Grogu” in the series—using a CAD design, aluminum, “standard drone parts,” and an AI camera capable of object recognition. 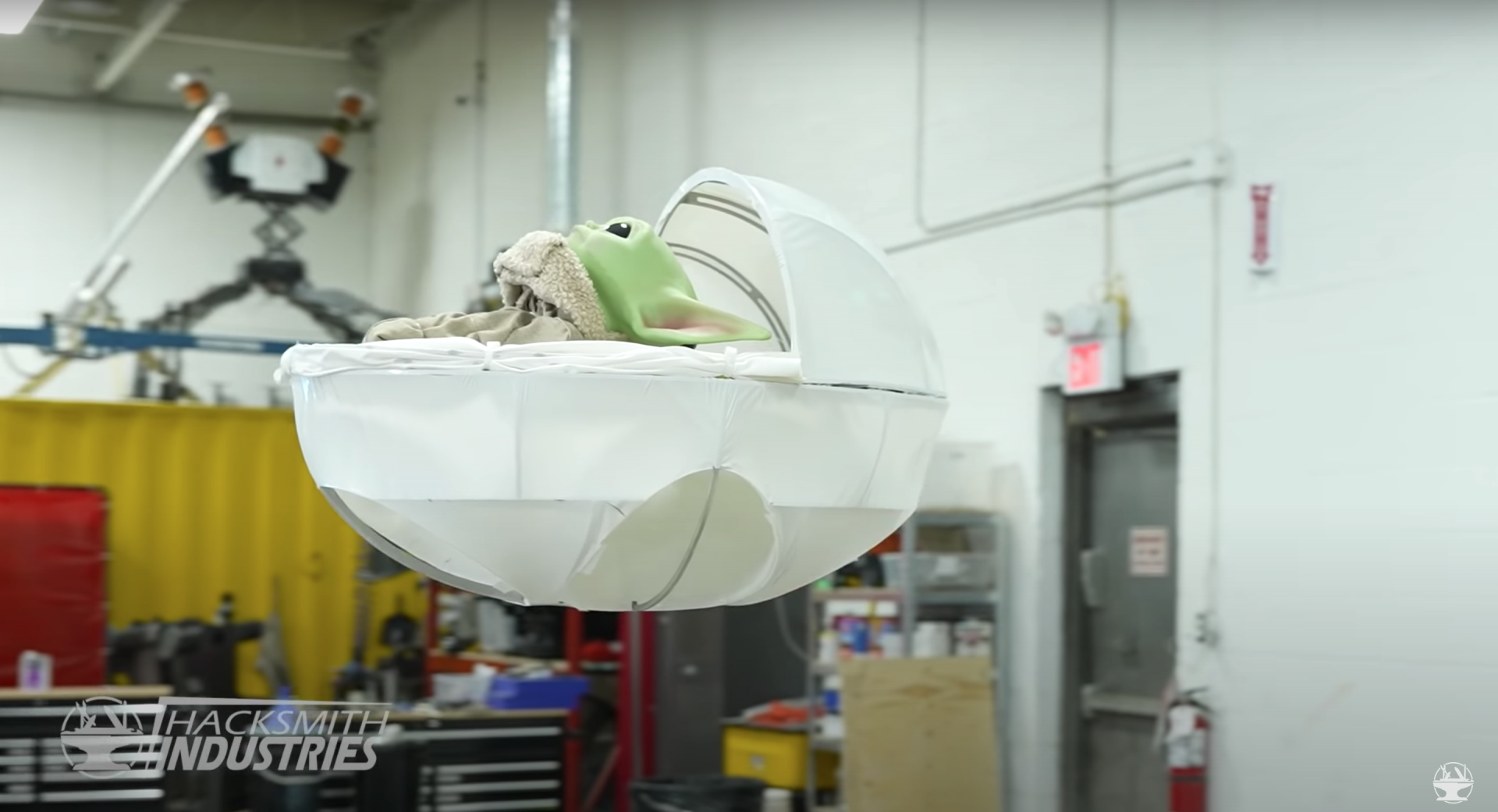 Along with floating along just like the “real” Baby Yoda cradle, this one is also able to seal up its hood. Thanks to the AI camera, the cradle even seals up automatically when a Storm Trooper approaches. (If somebody’s wearing so much as a cosplay helmet, that hood’s going up.)

The team reveals the final build around ten-and-a-half minutes into the video. And while—like so many YouTube engineering prototypes—we see room for improvement, the overall craft works well. The crib can float steadily at waist height, Baby Yoda looks comfortable (despite the fact the back of his head is missing), and the hood automatically seals up without a snag. 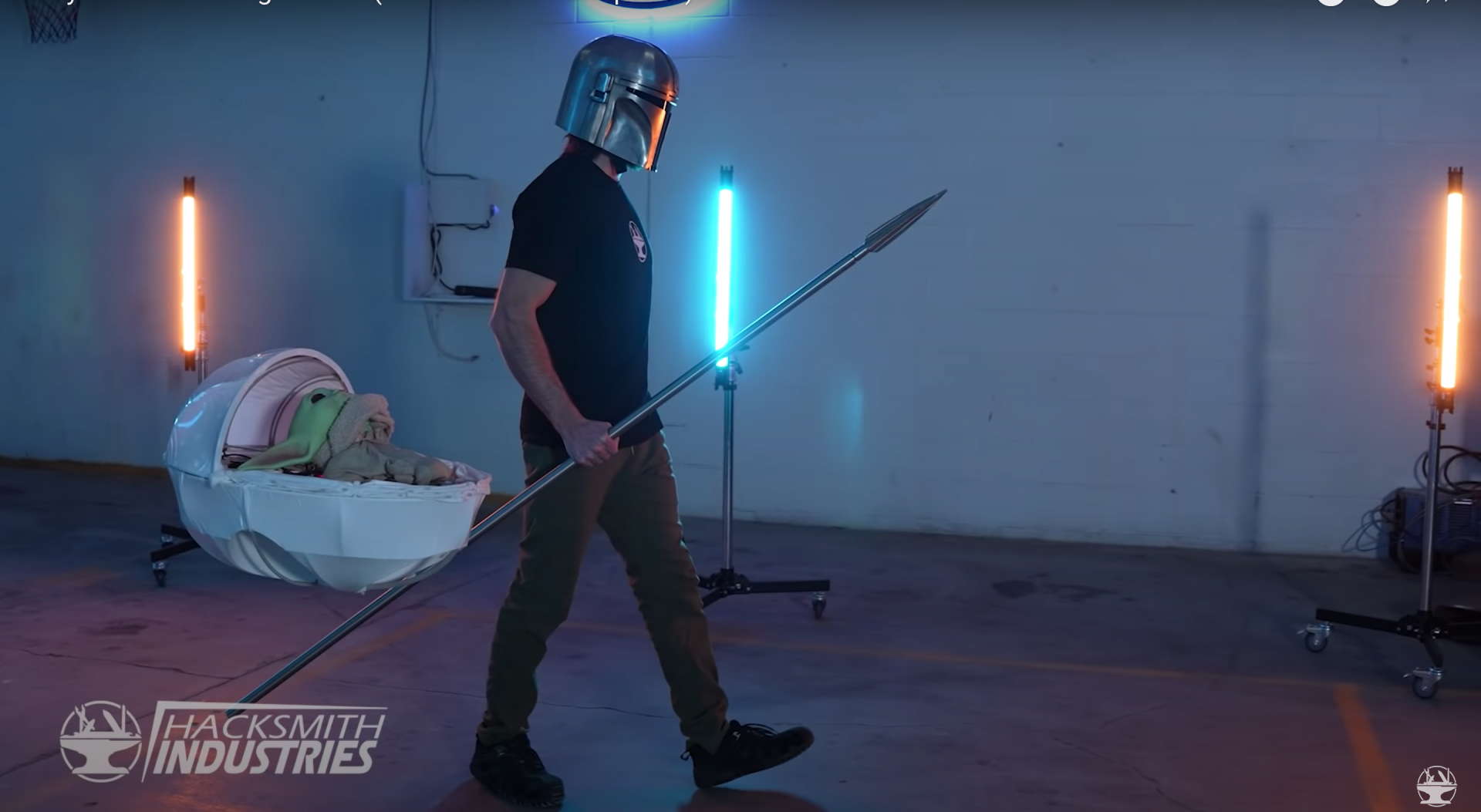 Now, the Hacksmith and company say their goal is to complete their set of IRL Mandalorian armor. Which will eventually include his jetpack and a flamethrower. Because if here’s one thing you want near a flammable drone with a baby alien in it, it’s a flamethrower.