There’s already a whole lot of Baby Yoda merchandise available. But that doesn’t matter; it’s not possible to have too much Grogu in your life. And so, Disney has announced four new ways for us to bring The Mandalorian‘s lovable little green tyke home. And since there’s no such thing as Baby Yoda overload, all four come with two different versions. Star Wars‘ The Child has a new line of plush dolls, each with its own matching enamel pin.

But as we learned when Luke Skywalker taking Grogu away, time with Baby Yoda is scarce. These limited release collectibles won’t be around for long. 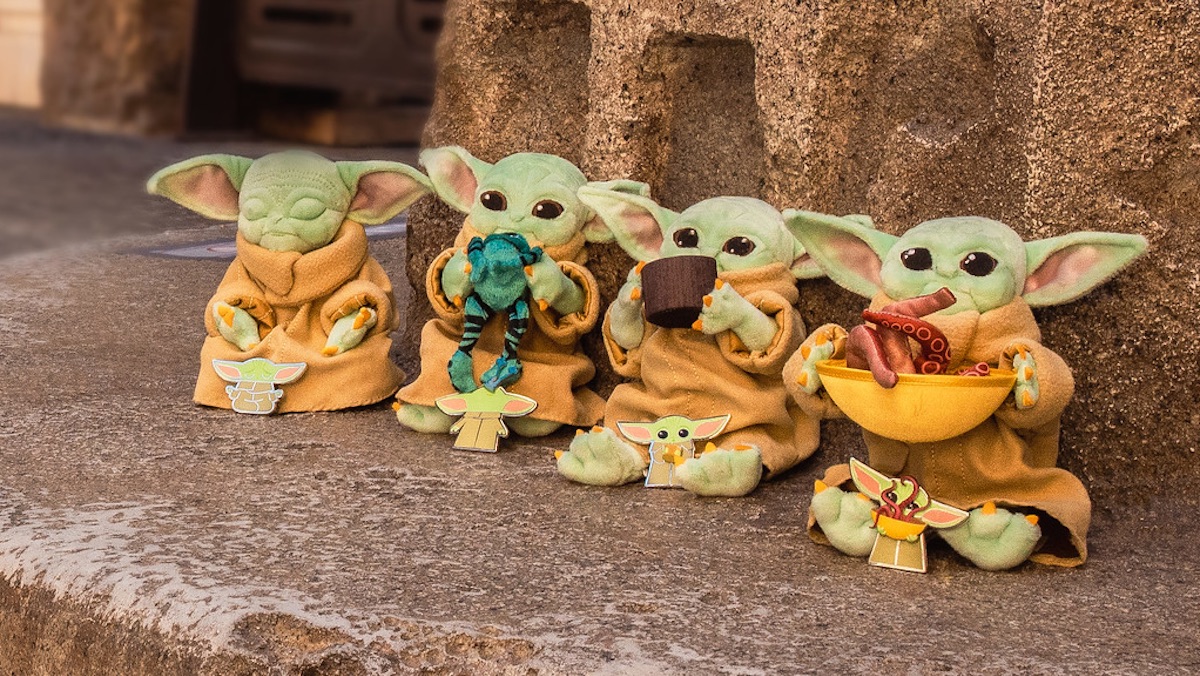 You can now find four new plushies of Baby Yoda at shopDisney.com. Made from polyester, plastic pellets, and polyurethane foam, the 7.5-inch dolls all feature the tiny star in a soft brown robe. The dolls also feature Sherpa cuffs and a collar. And obviously they’re all really adorable.

You can get Baby Yoda with a cup for bone broth. There’s also a version of the little fella meditating on Tython. Or you can opt for a plush where he’s about to eat a Sorgan frog. And finally there’s one where he’s holding a big bowl of squid chowder, which has the tentacles hanging out. Each doll ($16.99) is available now for a limited time.

Each of the plushies corresponds with an enamel pin, sold separately. The pins ($15.99) stand 2.5-inches tall by 2.25-inches wide. With the exception of meditating Grogu, the enameled cloisonné pieces all feature a pin-on-pin design. That allows the cup and bowl to pivot, along with the frog’s leg.

All eight items are sold separately. If you’re looking to nab them, don’t delay, because each is a limited release. After all, there’s no such thing as too much Baby Yoda.