Like most Star Wars fans, we don’t think it’s possible to have too much Baby Yoda in our lives. Disney has tried to test that theory though. The company has released enough Grogu merchandise to fill a Death Star. That includes an animatronic version of the Child that follows you around as though you’re carrying a plate of fish egg-flavored cookies. However, you don’t want him running around during battle with stormtroopers. But it’s tough to carry him while dueling Moff Gideon. That’s why The Mandalorian‘s Din Djarin keeps Grogu in a protective floating pram. And soon you can too, with maybe the coolest Baby Yoda merch yet. A levitating Grogu is going up for auction. All for a very good cause.

Mattel is auctioning off a one-of-a-kind version of Grogu, a plush doll that comes in a replica pram that really floats and spins 2.5-inches above its base. It will not be available at any retailers though. Fans will have just one week to bid on this unique item at eBay. This is a one-and-done deal, but for a good reason.

All 100% of the proceeds are going to ProjectArt. It’s an out-of-school and residency program for “artists and underserved K-12 students that provides innovative, creative, and effective approaches to teaching and learning through the visual arts in partnership with public libraries from coast to coast.” It’s such a great cause this is one of the rare times we hope we can’t afford to buy a piece of Baby Yoda merch. We want this fantastic floating Grogu to go for a whole lot of beskar steel. 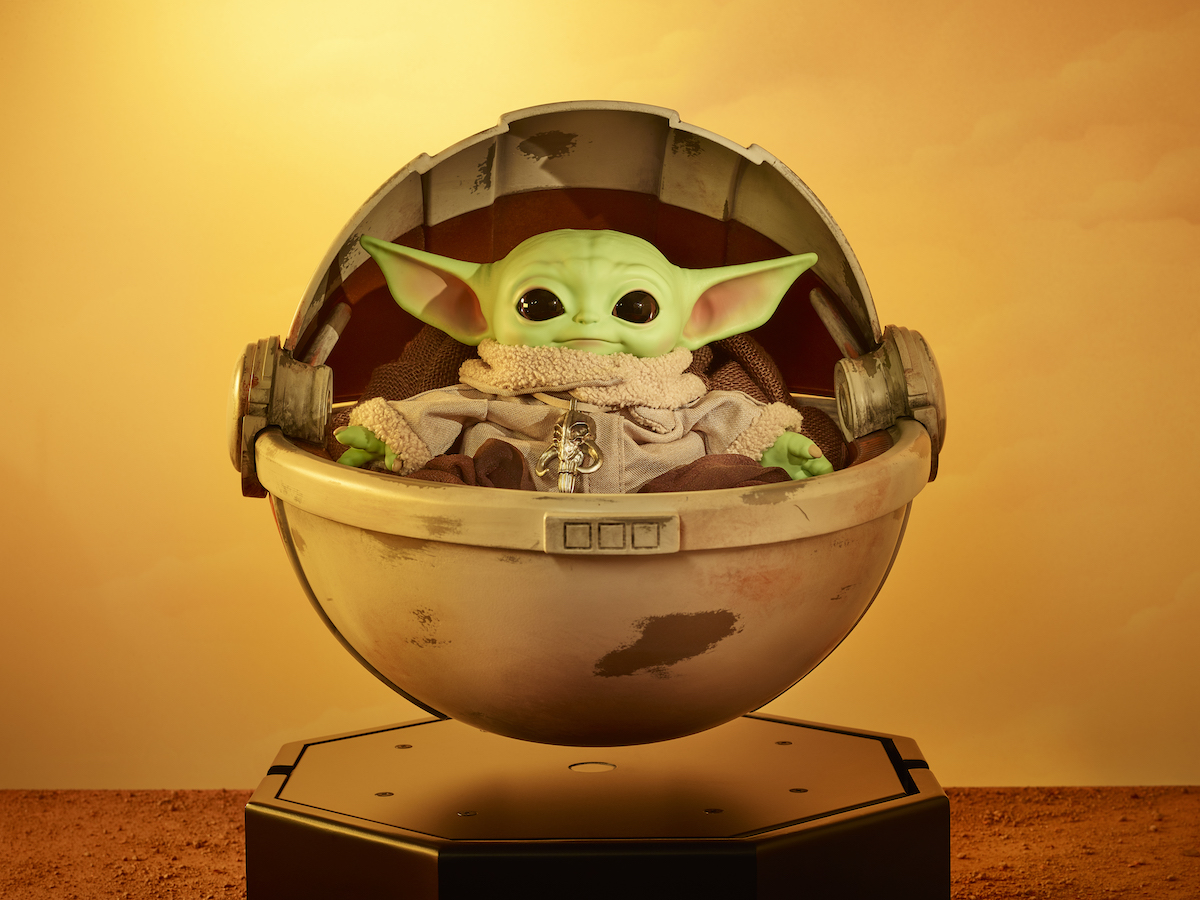 “The fan-favorite character ‘the Child,’ introduced in The Mandalorian, served as the perfect inspiration for Mattel Creations to design this ultimate levitating pram for a whole new generation of fans,” said Richard Dickson, President and COO of Mattel, in a statement. “Mattel Creations is also dedicated to giving back to the next generation of creators, which is why ProjectArt is the perfect partner to support through this collaboration, not only by donating an item for their auction, but also through Mattel funding ProjectArt’s Los Angeles chapter for 2021 and connecting Mattel designers with students to cultivate creativity.”

Don’t worry if you can’t afford a Grogu that actually floats though. You can still take home a stationary version of this new doll. Mattel also announced it is releasing its new The Child Collector Edition Plush with Hover Pram for a limited time. It features a control knob and replica Chowder Squid for Grogu to nosh on. The pram’s motorized doors also open and close so you can keep Baby Yoda safe. And the adjustable stand lets you find the best fit in your home for him. 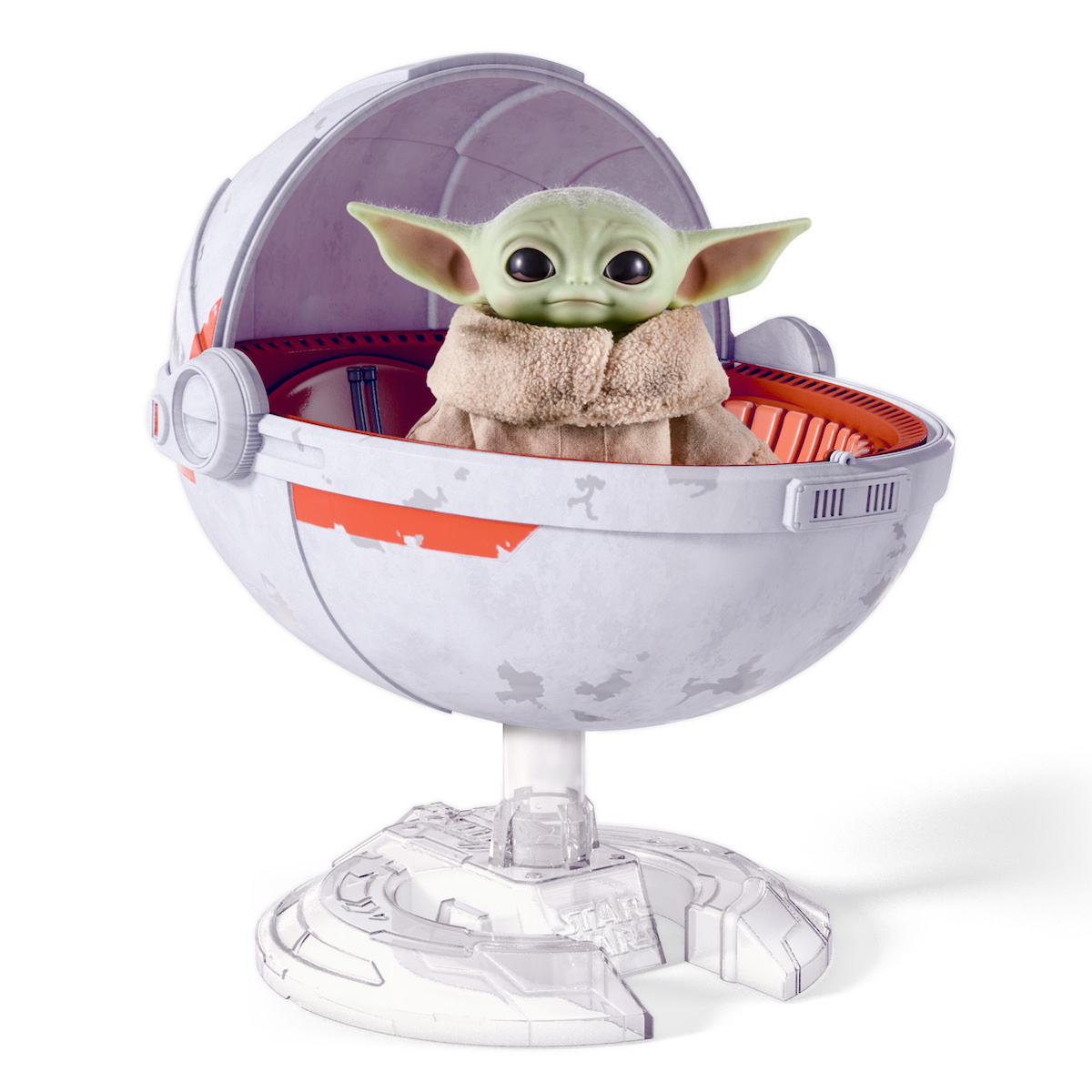 Mattel Creations will also be offering a “very limited quantity set” of Star Wars-inspired Barbie Dolls. They feature three Barbies clothed in attired based on Rey, C-3PO, and a stormtrooper. The set will come in collector packaging that is autographed by famed Barbie designer Robert Best.

Both the Child in Hover Pram Plush and the Barbie set will only be available at Mattel Creations for a week. You can order both starting on Friday, March 5 at 9:00 a.m. PT. The special sale of both ends Friday, March 12 at 9:00 a.m PT. 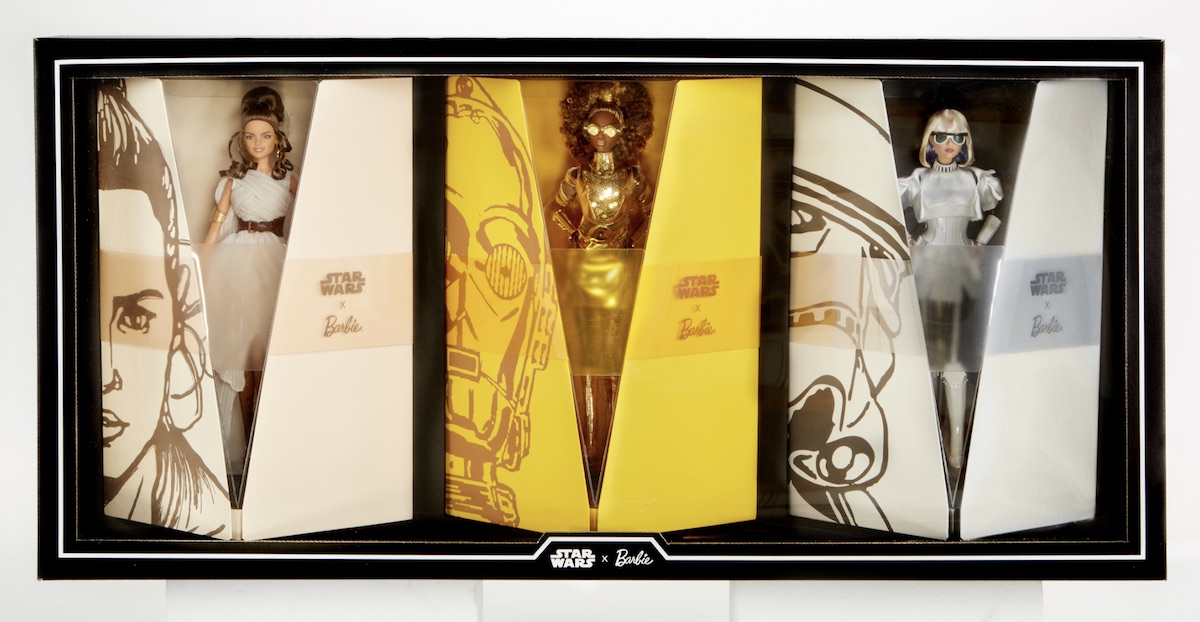 Our only issue with any of this is that the Barbie set doesn’t also feature a figure inspired by Grogu. Even if we won’t end up with the levitating version of The Child, we still need all the Baby Yoda we can get.