There’s been an endless number of real-life “lightsabers” made as one-offs or props, but most of them don’t do the film’s civilized blade justice in terms of raw power. A new, fully retractable plasma-based lightsaber from YouTuber the Hacksmith now undoubtedly comes closer than ever. Not only does the lightsaber’s blade actually consist of plasma, but it burns at a titanium-melting 4,000 degrees Fahrenheit.

The Hacksmith, a.k.a. James Hobson, and his team have been iterating their IRL lightsaber build for four years. And while previous versions have delivered some impressive—and extremely dangerous—results, this newest version genuinely looks like something that’d be useful in a battle with stormtroopers. In fact, it apparently is, even if they have vibranium shields.

The video above showcasing the new lightsaber comes on the heels of a build video the Hacksmith recently released. But while that video—immediately below—showed how to make the IRL plasma blade, this one shows how it’s able to cut through just about anything. Hobson is even able to Qui-Gon Jinn his way through a quarter-inch-thick steel plate.

As Hobson notes, the lightsabers his channel builds aim to mimic protosabers: an archaic form of lightsaber with an external battery pack. Accordingly, this iteration of the Hacksmith team’s lightsaber relies on a backpack to carry its power source.

That power source is not a kyber crystal, but rather a tank of propane mixed with oxygen. Despite the saber’s relatively pedestrian power source, however, it still manages to make for a bright and brilliant blade. This particular prototype not only burns at five times a commercial pizza oven’s temperature, but can take on different colors. Hobson shows that, using different salts, the blade can turn blue, green, yellow, red, and even amber. 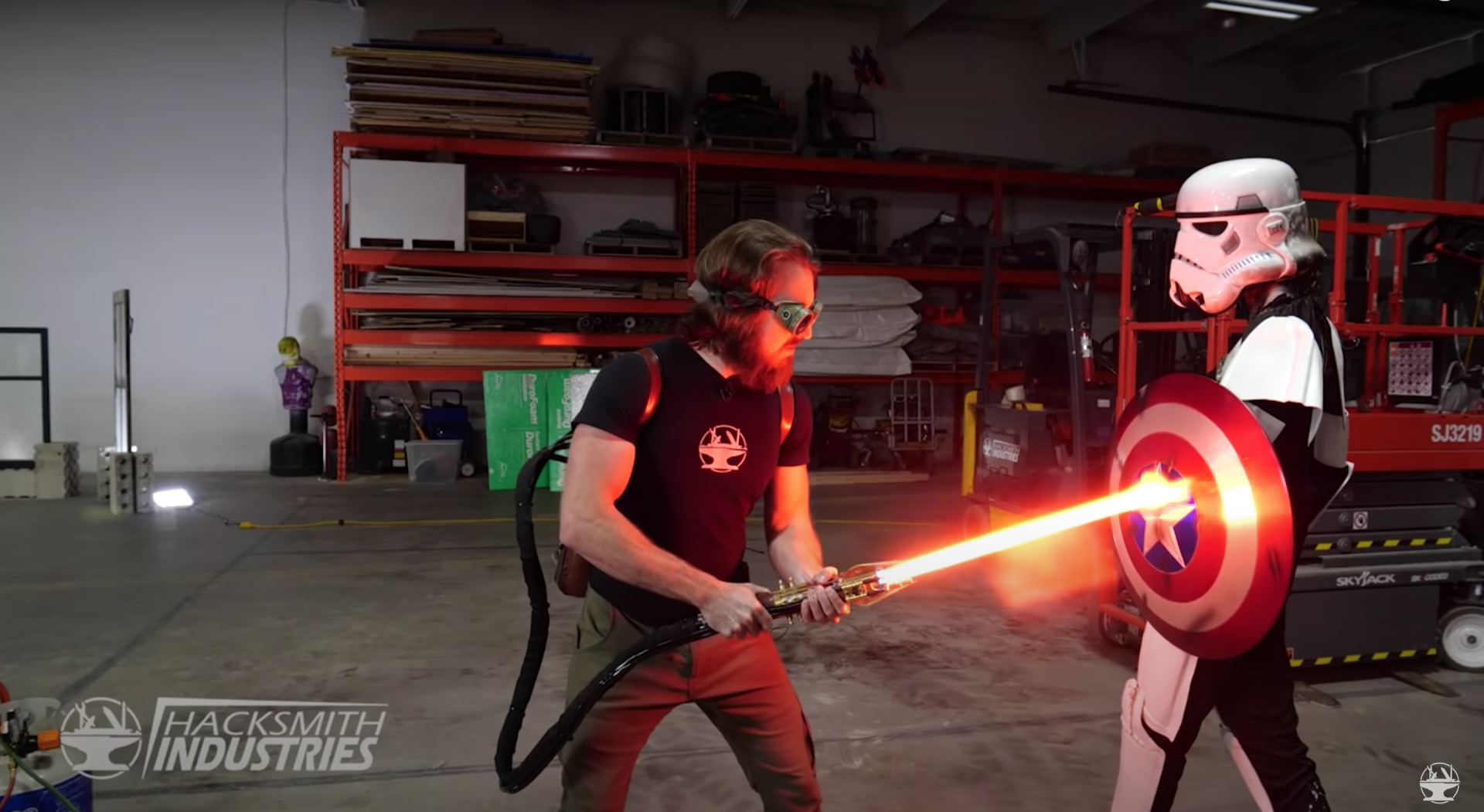 Moving forward, it’s impossible to say what Hobson has in mind for the next iteration of the lightsaber. Obviously the ‘saber uses a lot of fuel right now, and it would be great to give it longer-lasting mobile tanks. Although, for an IRL protosaber, this prototype more than proves itself as Jedi worthy. Now if it could just parry lasers.