Many Star Wars fans have been calling for Gina Carano’s removal from The Mandalorian for months following the actor’s offensive social media posts. Most recently screencaps of Instagram Stories Carano posted on Tuesday night made the rounds on Wednesday; the stories compared current political differences to the treatment of Jews in Nazi Germany. The hashtag #FireGinaCarano trended on Twitter Tuesday. And on Wednesday evening io9 confirmed Lucasfilm dropped Carano.

Lucasfilm released a statement about Carano. “Gina Carano is not currently employed by Lucasfilm and there are no plans for her to be in the future. Nevertheless, her social media posts denigrating people based on their cultural and religious identities are abhorrent and unacceptable.”

Their phrasing makes it unclear if this is a new development or if they severed ties with the actor at a previous date. Nerdist reached out for clarification and Lucasfilm declined to add any comments to their statement. 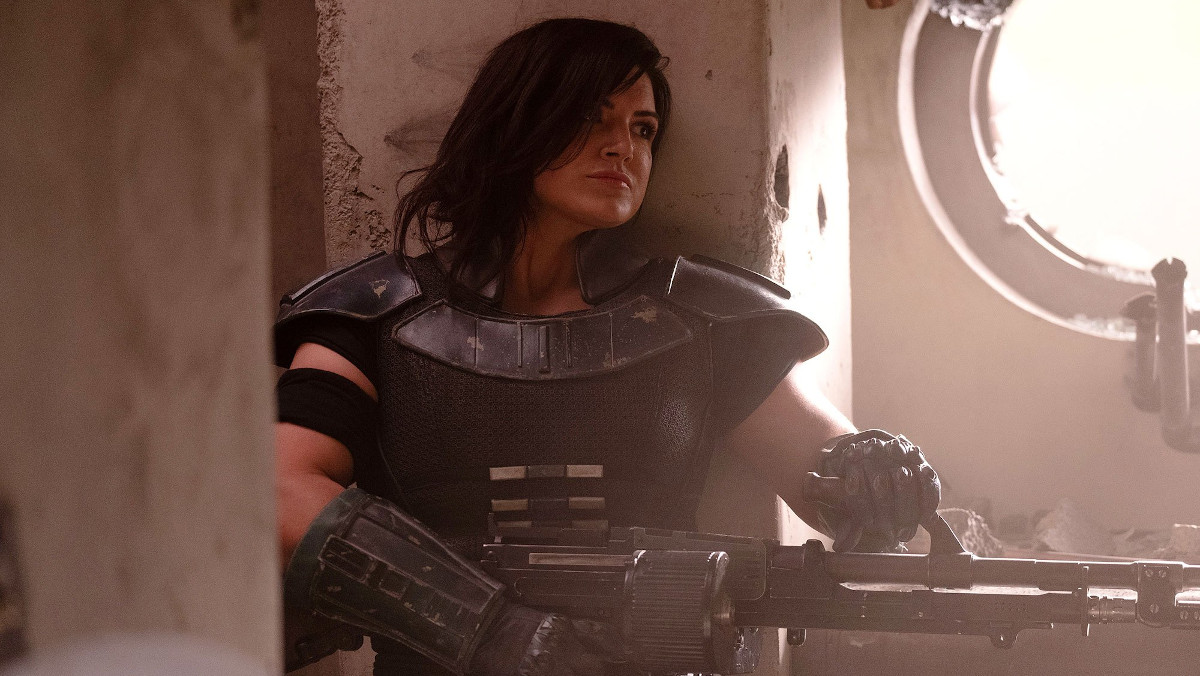 Carano starred in The Mandalorian as Cara Dune. She first appeared in season one. Though she made offensive social media remarks before season two aired, they had already completed filming. In the recent season of the Star Wars live-action show, the New Republic deputized Cara Dune as a ranger. That meant she presumably had a part to play in Star Wars: Rangers of the New Republic, a recently announced Disney+ series. A spinoff of The Mandalorian, it takes place in the same time period. But Carano is done with Star Wars. And, as far as we know, they haven’t started filming season three of The Mandalorian. So we shouldn’t see Cara Dune in the galaxy far, far away again.

The anti-Semitic Instagram Story comes on the heels of the actor posting and liking several tweets about election fraud in the United States, anti-COVID precautions and vaccines, and people’s chosen pronouns.