All the DC FanDome 2021 Reveals You Might Have Missed - Nerdist

While certain movies like The Flash and Black Adam got the lion’s share of the attention at DC FanDome, a metric ton of other projects were showcased at the event. All with surprises of their own. Here are some of the biggest reveals from DC FanDome 2021.

Shazam! Fury of the Gods

Asher Angel and Zachary Levi took to the virtual stage at DC FanDome, which shows the Shazam! family getting together once more. Only this time, they are taking on Helen Mirren, Lucy Liu, and Rachel Zegler as the goddesses Hespera, Calypso, and another unnamed daughter of Atlas. “Fury of the Gods,” indeed!

John Cena stole the show in The Suicide Squad, and we’re about to see more of him and his tighty whities in James Gunn’s new HBO Max series Peacemaker. At the panel were Cena (Peacemaker), Freddie Stroma (Vigilante), Steve Agee (John Economos), Danielle Brooks (Leota Adebayo), Jennifer Holland (Emilia Harcourt), and Chukwudi Iwuji (Clemson Murn). They promised that his adventure with Task Force X was just the tip of the iceberg, and it sure looks that way to us. You can watch the hilarious teaser trailer below, which also announced Peacemaker’s January 13 2022 debut.

Gotham City’s librarian turned vigilante is getting her own film at long last, heading straight to HBO Max. On hand were directors Adil El Arbi and Bilall Fallah, screenwriter Christina Hodson (Birds of Prey, The Flash), and Leslie Grace (Barbara Gordon). Although the film is only in pre-production, we did learn that Babs will indeed have her signature red hair, and wear a cowl and not a domino mask, as in recent comics. They’re keepin’ it old school. We got one glimpse of concept art, with Batgirl perched among the Gotham City gargoyles.

Although still in its earliest stages, Blue Beetle director Angel Manuel Soto, writer Gareth Dunnet-Alcocer, and Xolo Maridueña (Cobra Kai) were on hand to introduce the world to the DCEU’s first sol0-starring Mexican-American hero. And we saw a very brief look at concept art of the Beetle suit, which you can see right here. 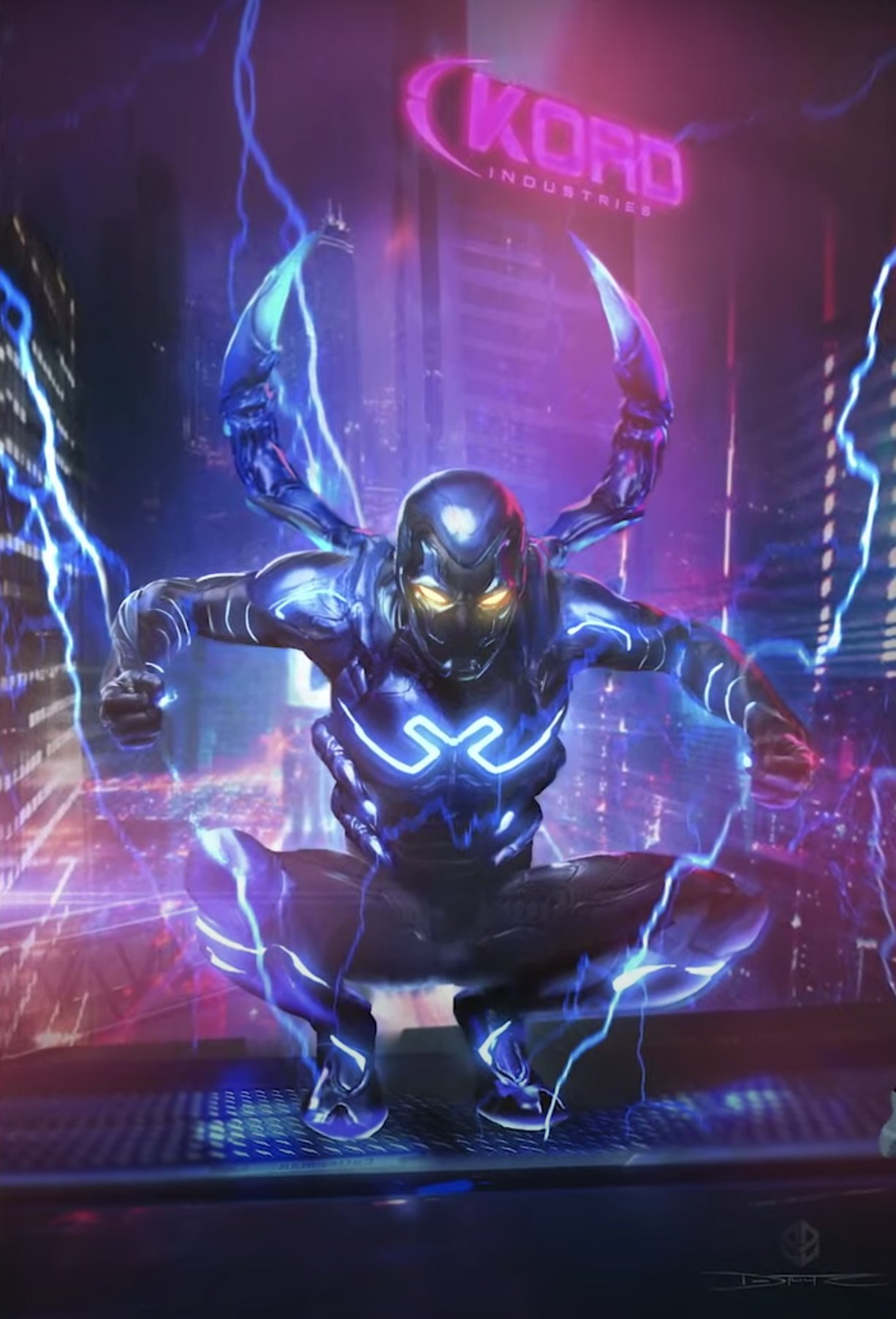 Nearly thirty years ago, Bruce Timm redefined the Dark Knight in animation with Batman: The Animated Series. And earlier this year, they announced that he was teaming up with J.J. Abrams, Matt Reeves, and James Tucker for a new take on an animated Dark Knight, with Batman: Caped Crusader.

The four detailed their ideas for the series, with Timm saying “It’s more Batman than Batman the Animated Series, I get to do what I want to do” This alludes to a more mature take on Batman than the animated series from the ’90s. Expect a 1940s, noir-esque take, with a young Dark Knight with few gadgets, and no superhero allies. It’s Batman “back to basics.” 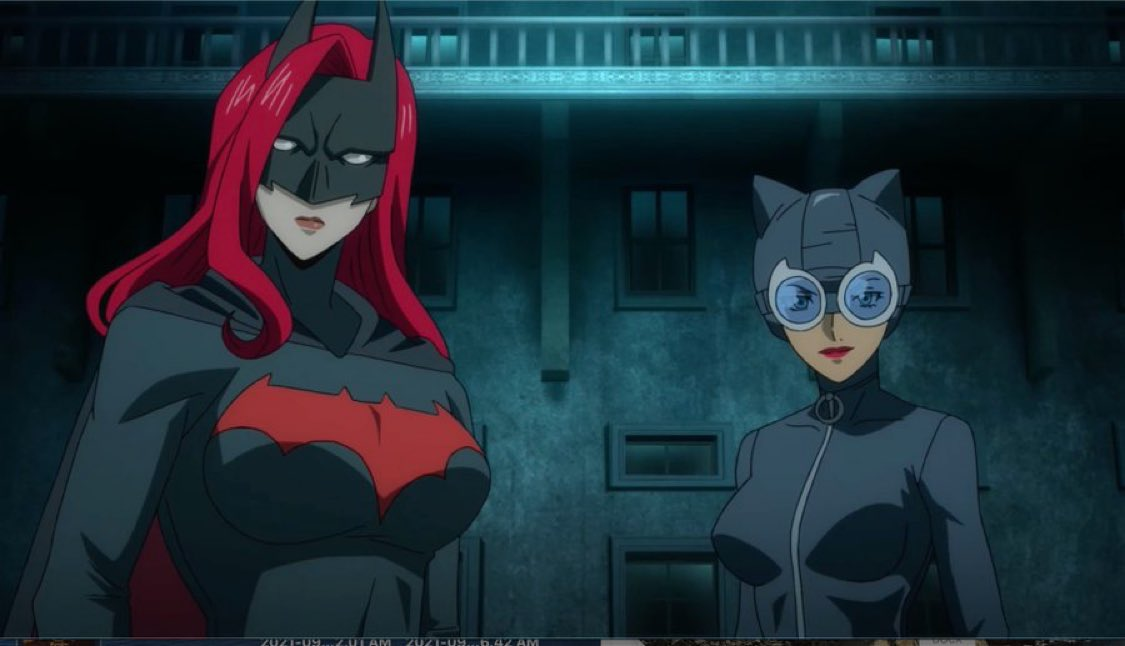 Speaking of animated adventures in Gotham City, an anime-style film based on Selina Kyle also got a moment to show off. Catwoman: Hunted will voice-star Elizabeth Gillies as Catwoman, and tells the story of the feline femme fatale as she attempts to steal a priceless jewel, a heist which pits the Gotham underworld against here, l as well as Batwoman, voiced by Stephanie Beatriz. It hits on February 18, 2022.

Arrow may have gone off to that quiver in the sky, but many of its children are still going strong. Although Supergirl is taking its final bow this year,  still continuing its gigantic universe of DC content. At DC FanDome, fans got cast panels and sneak peeks at Batwoman, The Flash, Legends of Tomorrow, Naomi, Stargirl, Superman & Lois, and Supergirl.

One of DC’s breakout hits of 2021 was Superman and Lois, starring Tyler Hoechlin and Elizabeth Tulloch as the titular pair. Season one saw the Kent family move back to Smallville. Back to Clark’s childhood home, specifically. At FanDome, we got a special treat, as Tulloch and Alex Garfin (Jordan Kent) give an exclusive behind-the-scenes tour of the interior set of the Smallville home of the Kent family with fun, insider commentary.

Supergirl star Melissa Benoist was joined by stars from across all six seasons of the show — including Chyler Leigh, David Harewood, Katie McGrath, Jesse Rath, Nicole Maines, Azie Tesfai, Julie Gonzalo, Staz Nair, Mehcad Brooks, Jeremy Jordan, Chris Wood, and Peta Sergeant — to take a look back at the epic run of the series, which is wrapping up this year.

In season two of Batwoman, we got our first glimpse of the live-action Batwing, Luke Fox. As comics fans know, Luke is the son of longtime Batman ally (and brilliant inventor) Lucius Fox. Actor Camrus Johnson hosted a video spotlight on his transformation into the heroic Batwing, which you can view down below, along with a special season three trailer.

It’s not just the big-screen version of Barry Allen that’s getting a costume upgrade. In anticipation of season eight of The Flash TV series, Grant Gustin revealed the finishing touch to his ever-evolving costume. The Scarlet Speedster will finally run in his gold boots from the comics, completing the classic DC look.

Gustin said the new boots as “the final element that’s been missing. I’ve loved all the versions of The Flash suit we’ve had on the show, but the suit we have now is the closest to the many iterations you see in the comic books—with the exception of those gold boots! I’ve always felt that those boots would be the final touch.” The costume, which you can check out down below. 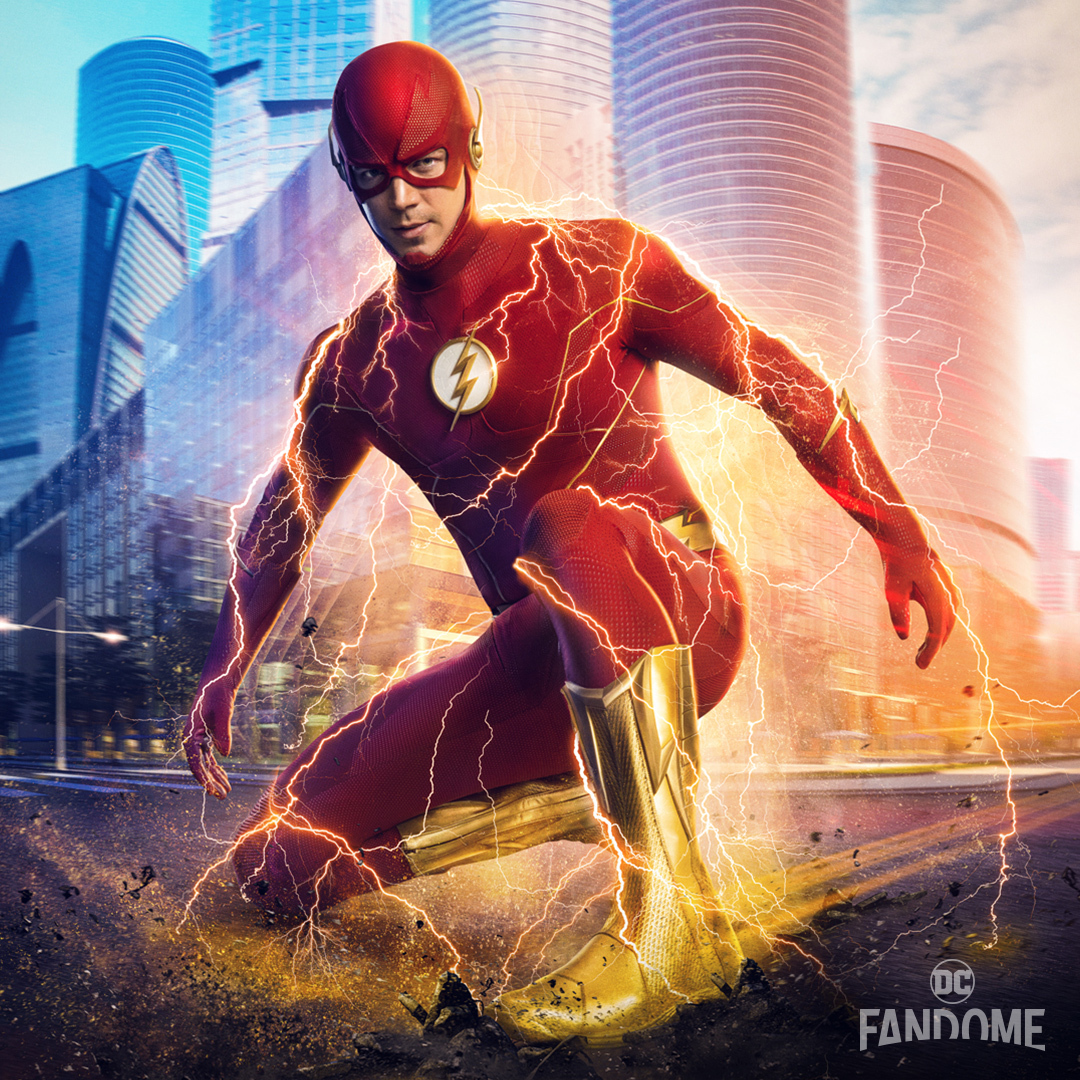 Believe or not, this unlikely spin-off of The Flash and Arrow will soon cross the century mark. At least in terms of episodes. And to celebrate, Legends of Tomorrow prepared a very special video looking back at 100 episodes in 100 seconds. From Rip Hunter’s first welcome on the Waverider to a first look at the show’s 100th episode, the Legends — past, present and future — have been saving the timeline by mucking up history. You can watch the video right here.

A recent DC Comics creation by Brian Michael Bendis, Naomi is coming to the CW with superstar producer Ava DuVernay in charge. Naomi follows the journey of a cool, confident, comic book–loving teenager as she pursues her hidden destiny. As Naomi journeys to the heights of the Multiverse in search of answers, what she discovers will challenge everything we believe about our heroes. Here is a first-look clip from the series, coming soon to The CW.

Now in its second season, Stargirl has proven to be a delightful mix of Buffy the Vampire Slayer and DC Comics lore. Now at FanDome, DC has given fans a peek of next week’s episode. Banished to the shadowlands, Courtney Whitmore, better known as Stargirl (Brec Bassinger) finds herself trapped in a black-and-white purgatory while her life hangs in the balance. You can watch the DC FanDome clip right here.

DC FanDome fell on the twentieth anniversary of Smallville, and Tiffany Smith hosted a special reunion between Clark and Lex, a.k.a. Tom Welling and Michael Rosenbaum.

Both shows originated on the DC Universe streaming platform, but have since transitioned to HBO Max. And both shows are currently in their third seasons, with Titans wrapping up on October 21. They have officially announced both series for season four renewals at FanDome, and released a mid-season trailer for Doom Patrol, highlighting the incredible weirdness yet to come. And we also have a sneak peek at the season three finale for Titans.

The creators of Milestone Comics revealed that the first-ever animated film featuring the Milestone universe. This is in addition to the already announced Static Shock live-action movie in development.

Milestone producer @redhud and co-founder @DenysCowan confirmed that a Milestone Animated movie based on a screenplay by HARDWARE: SEASON ONE writer @bwrites247 is HAPPENING. Check out the teaser from @sinKEVitch!#MilestoneMedia #MilestoneComics #DCFanDome pic.twitter.com/g1jxOHSgBQ

Harley Quinn is an irreverent and often crude comedy series takes DC characters and knocks them off their pedestals. Pretty much anything goes on this show. And at DC FanDome, we got our first look at the upcoming third season on HBO Max.

The fourth season of Young Justice is another transfer from DC Universe to HBO Max. And in a surprise move, at DC FanDome they announced that Phantoms has its first two episodes streaming already on the platform!