PEACEMAKER Won't Take Off His 'Uniform' in New Clip - Nerdist

PEACEMAKER Won’t Take Off His ‘Uniform’ in New Clip

John Cena—one of the most decorated professional wrestlers ever, a man who has logged more hours than anyone granting kids’ dreams for Make-A-Wish, star of multiple big budget Hollywood films, and a human with so many muscles he might not be of this planet—is a huge nerd. HUGE. There’s zero doubt about that after he kept wearing his Peacemaker costume from The Suicide Squad everywhere he went. But a new clip from his spin-off HBO Max series shows he’s also a method actor. His Peacemaker character also refuses to take off his costume. (Sorry, “uniform.”) And even fictional characters find that just as funny as we do.

James Gunn’s sequel series will see John Cena’s peace obsessed killer, who barely survived his final encounter with Bloodsport, heading out on a new mission to save the world. Not that Amanda Waller’s employees believe she’s serious about Christopher Smith. In this new clip from the show they can’t believe she’d assign a giant goober with such an important task. They think Waller’s messing with them for knocking her out and ignoring her commands at the end of the movie. They might ultimately be right about that too.

Not only does Peacemaker show up to the restaurant in full costume. (Toilet seat-like helmet and all.) He shows up with his pet eagle named Eagley. All of that absurdity leads to some A+ insults from the support team. In a clip that couldn’t feel more like a James Gunn scene even if Groot sat down at the table with them. 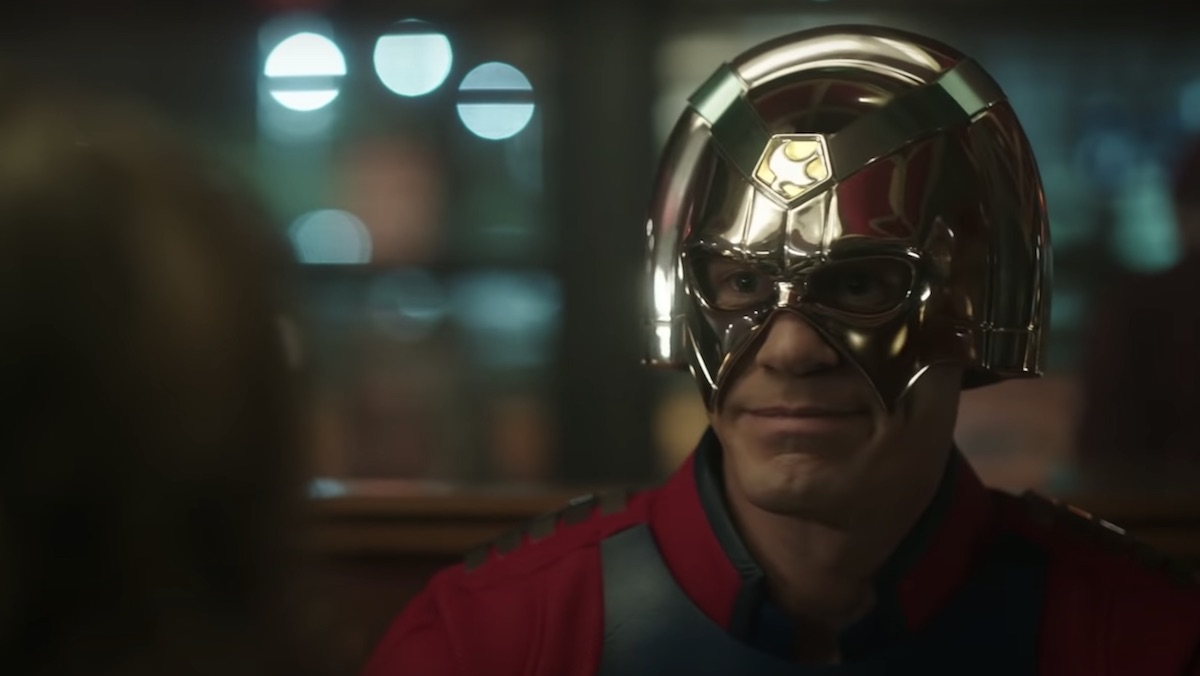 If Peacemaker ends up being a comedy with some action sequences we’re all in on the show. Actually, we’re already all in on it. The Suicide Squad was a whole lot of fun and had a whole lot of heart. Plus, after seeing John Cena wear his costume everywhere both he and his character go, how could we not be?