Which Version of SUPERGIRL Will We See in a Live-Action Film? - Nerdist

Which Version of SUPERGIRL Will We See in a Live-Action Film?

Now that Supergirl is coming to an end after six seasons on The CW, this may just open the gates for the big screen version that was announced some time ago. And when it comes to the Girl of Steel, there are several ways a feature film can be completely different than what we saw on TV… all while still being faithful to the comics. Though one of comics’ most famous heroines, Supergirl remains far more malleable a character than her iconic cousin. And this is a good thing.

There are aspects of Superman lore that are practically sacred, and thus are never changed. Kal-El must always be “rocketed to Earth from a dying planet,” and his alter ego Clark Kent must always end up with a job as a Daily Planet reporter, for example. Heck, his image is so ingrained in pop culture that even a slight change to his costume, losing his red trunks, caused an uproar!

Supergirl, however, has seen much more evolution in the comics. Superman’s cousin Kara Zor-El has been a college student, a counselor, a reporter, and even a soap opera actress. Other, lesser known versions of Supergirl have been “more alien,” and even a synthetic life form who becomes an angel on Earth. The TV incarnation stuck fairly closely to the original comic book version circa 1959-1985. But if and when Supergirl returns to live-action on the big screen, there are some very different but equally valid interpretations from the comics they should draw from. 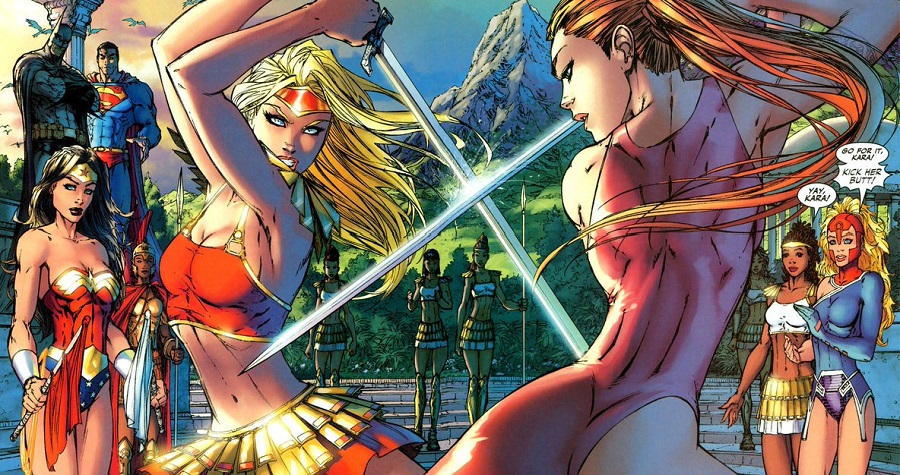 After dying to save reality in the 1985 epic Crisis on Infinite Earths, a newly rebooted version of Kara Zor-El arrived in the pages of DC Comics in 2004. Although she resembled the previous version, she differed in key ways. She was far more alien, and a lot less “All-American girl next door.” She was not only a protégé of her cousin Superman; she trained under Batman and learned fighting skills from Wonder Woman’s Amazon sisters. A big screen introduction of this version of Kara, featuring her origin story told in epic fashion with supporting roles for DC’s Trinity, could turn Supergirl’s big screen return into a true event. 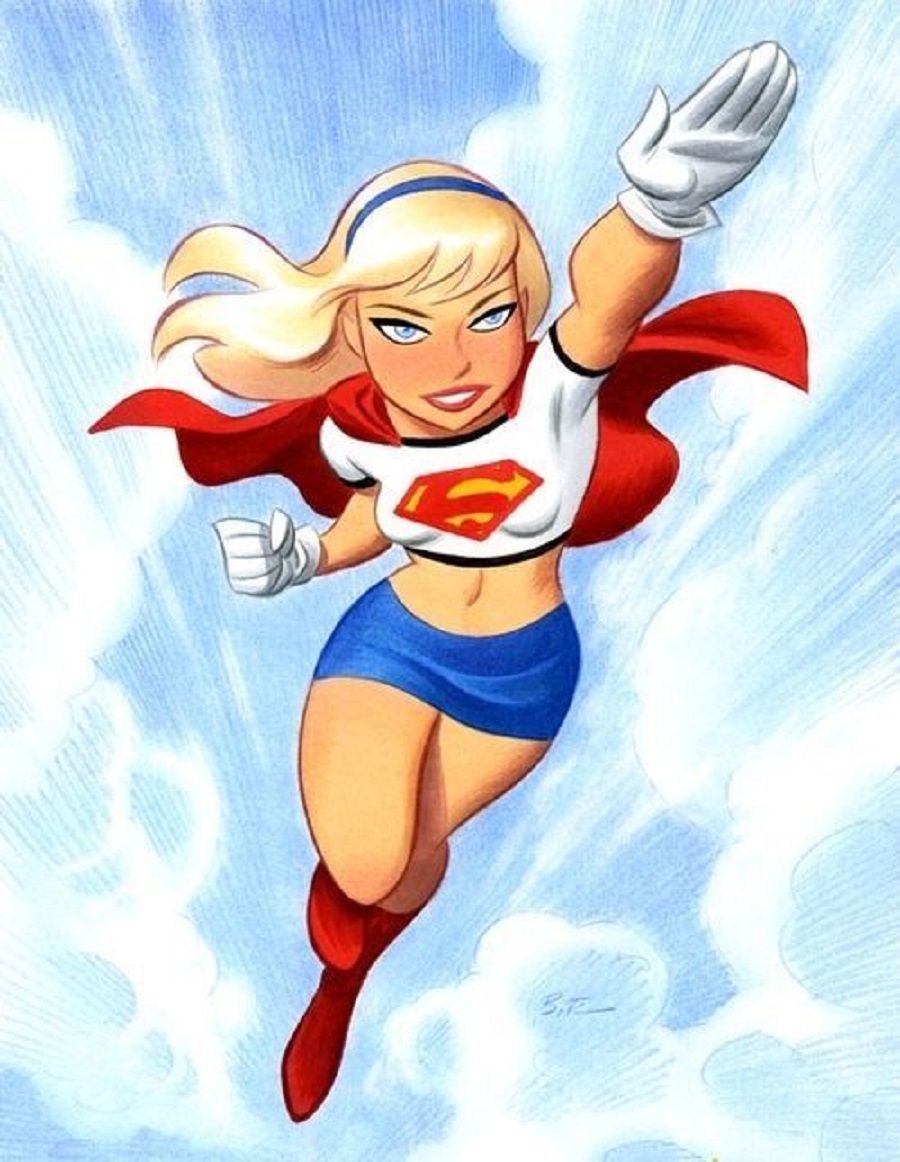 Superman: The Animated Series was in many ways the perfect version of the Man of Steel. It combines many elements from over 50 years of Superman comics and films and distills them down to their core. For the series’ version of Supergirl, they stuck close to the classic comics, but made a few key changes. Here, Kara (In-Ze, not Zor-El) is not Kal-El’s literal cousin; she’s from Krypton’s sister world Argo. In the comics, Argo was a city on Krypton.  Nevertheless, Clark takes the orphaned teenage girl—still a cousin figure in spirit—to live with his Ma and Pa in Smallville. Her bright cheerful attitude is very classic Supergirl.

One thing we never got to see on The CW’s Supergirl, aside from in a few flashbacks, was a teenaged Kara discovering her powers for the first time. A live-action movie version of Kara In-Ze could change all that, and really explore her teen years. (Although they should leave the baby tee and riot grrrl boots in 1999.) 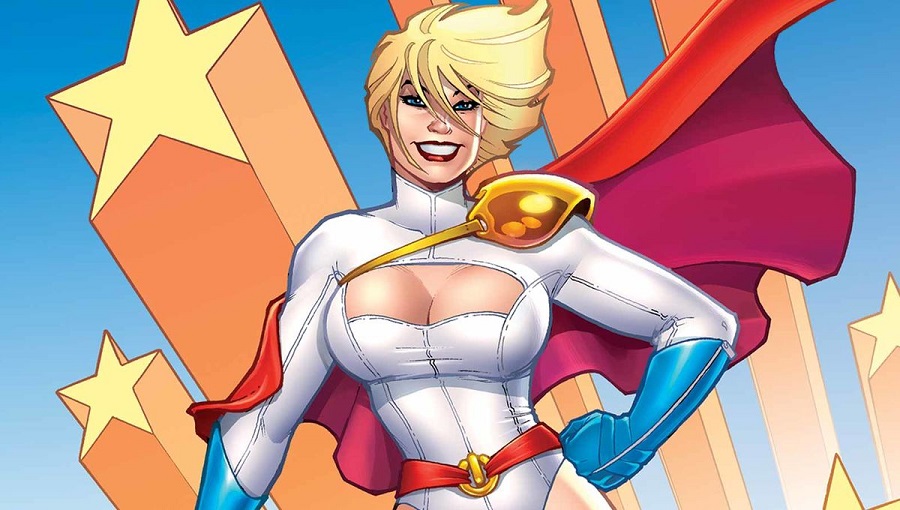 Maybe a new live-action version of Supergirl in TV or film shouldn’t even be Supergirl. In the comics, the alternate Earth-2 version of Kara Zor-El (called Kara Zor-L), never wore her cousin’s “S” symbol. Instead, she chose to carve a path as her own hero, calling herself Power Girl. Introduced in the ‘70s, she has a far more assertive personality than her doppelgänger; she even becomes the CEO of her own tech company. As a member of the Justice Society and Justice League, she’s a staple of the DCU, and has quite a fan following. 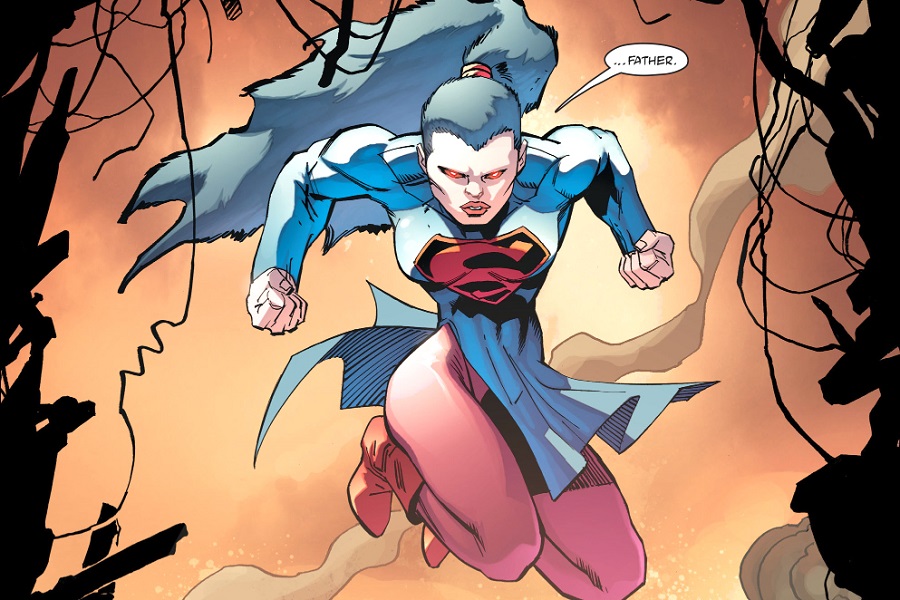 If Warner Bros. really wants to think outside the box for their next live-action Supergirl project, then one of the most interesting alternate versions out there is none other than Lara Kent. Created by legendary comics creator Frank Miller, Lara appeared in both of his sequels to The Dark Knight Returns. In this world, Lara Kent is the daughter of Superman and Wonder Woman. Thus, she has Kryptonian powers and was raised with Amazon fighting skills. She’s not always likable, but she sure would be an interesting choice for an onscreen hero. 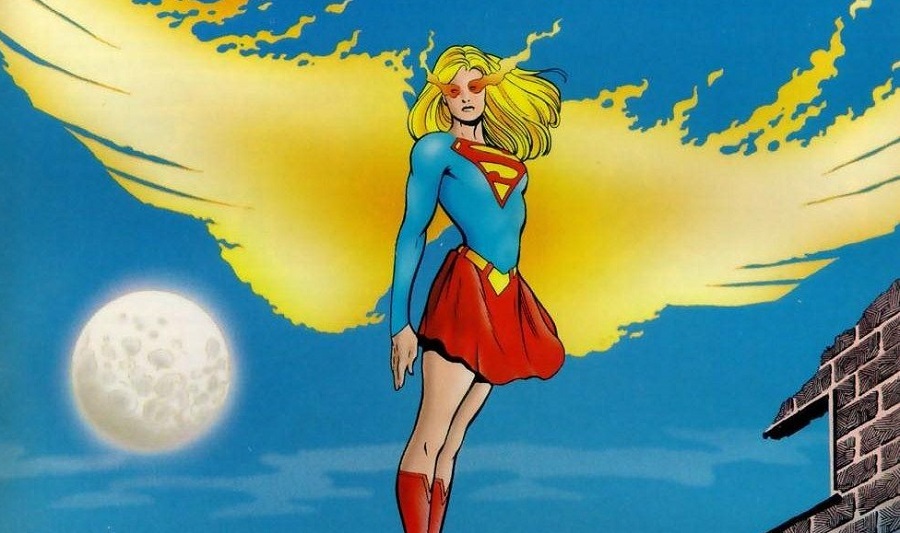 This one’s a long-shot, I admit. It’s definitely one of the weirder iterations of Supergirl out there. But this bizarre version of Supergirl held her own ongoing series, written by the great Peter David, that ran for 81 issues over the span of 15 years. Although she might look like Kara Zor-El, this Supergirl is a synthetic life form originally named Matrix, created by an alternate universe’s Lex Luthor. She eventually merges with a human murder victim named Linda Danvers (the original Supergirl’s Earth name).

As this new hybrid being, Supergirl became elevated to actual angelic status, and even grew a pair of fire wings! (See, we told you this version was weird!) Because her ties to Superman are tangential at best, it would be a shock to see the Linda Danvers/Earth Angel version in film or TV. In fact, DC Comics has almost entirely erased her existence. But stranger things have happened, and it could make for a truly trippy series of films. But we admit, maybe don’t hold your breath for this one.