6 Possible Supporting Roles for Captain America in the MCU - Nerdist

6 Possible Supporting Roles for Captain America in the MCU

Just a year and a half ago, Chris Evans suggested that he was super done with the Captain America role. Now, Evans is reportedly getting ready to possibly wield the shield once again. Reports are that Evans is coming back to the MCU as Steve Rogers, although in exactly what capacity remains to be seen. The original report suggests it is not for another solo Captain America film, but something more akin to Robert Downey Jr.’s role in Spider-Man: Homecoming. So what could a supporting role look like for Cap in the MCU? Especially given his current state being that of a very old man? We have a few ideas, starting with a project that would take Cap back to the beginning. 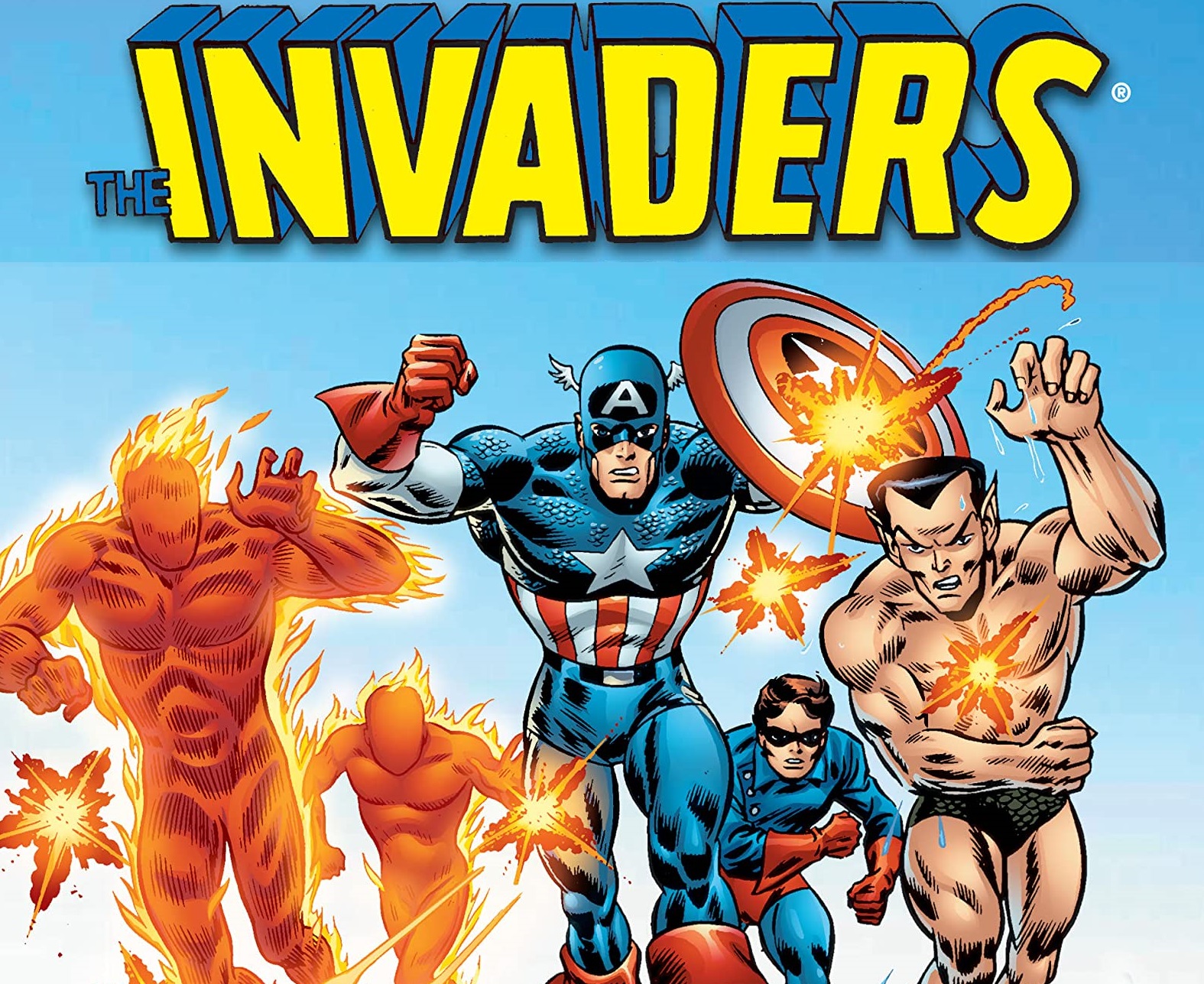 In Marvel Comics, the Invaders were the team that Steve Rogers and Bucky were a part of during World War II. Alongside him were the original Human Torch (who was actually an android), and Namor, the Sub-Mariner. Captain America: The First Avenger gave us a montage of Cap’s adventures during the war, set after he freed Bucky from Hydra. These could have conceivably taken about a year, give or take. Enough time to slot in an adventure with the Invaders team fighting the Axis powers. 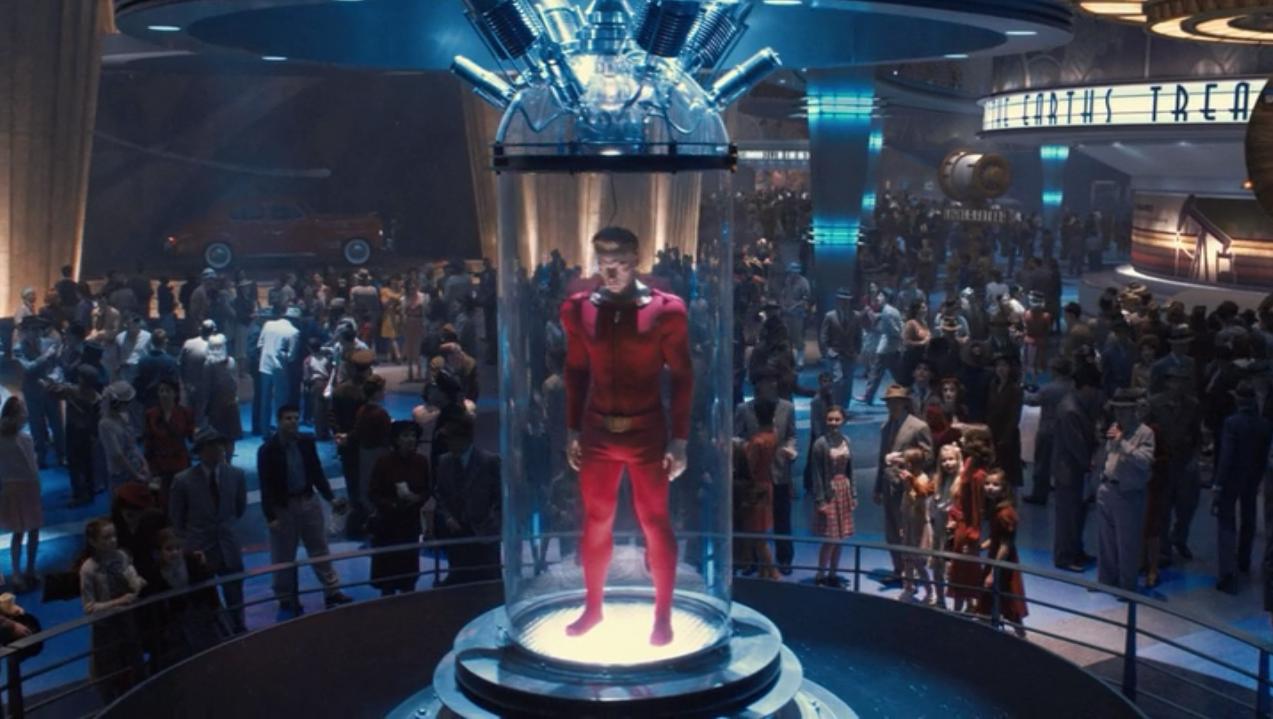 An Invaders movie could pay off the cameo we see of the original Human Torch in The First Avenger, and also finally introduce the Atlantean Prince Namor to the MCU. Plus, fandom would absolutely love to see Sebastian Stan and Chris Evans together again. Whether this takes the form of a movie or a Disney+ series, this would truly be an MCU event to get people talking. Besides, we need to see more superheroes punching Nazis right about now.

Doctor Strange in the Multiverse of Madness

Not only is this second outing for Stephen Strange going to include Elizabeth Olsen as the Scarlet Witch, but rumors abound that we are going to see many Marvel characters from alternate Earths (hence the title). There are even reports of Marvel characters from pre-MCU films like the Fox X-Men series, and Raimi’s Spider-Man trilogy.  So it would hardly be inconceivable to see Cap show up. Perhaps from an alternate reality where he didn’t go back in time in Endgame? If somehow Sam Raimi pulls of Chris Evans doing double duty as Cap and his version of the Human Torch from the 2005 Fantastic Four, that’s worth the price of admission alone. 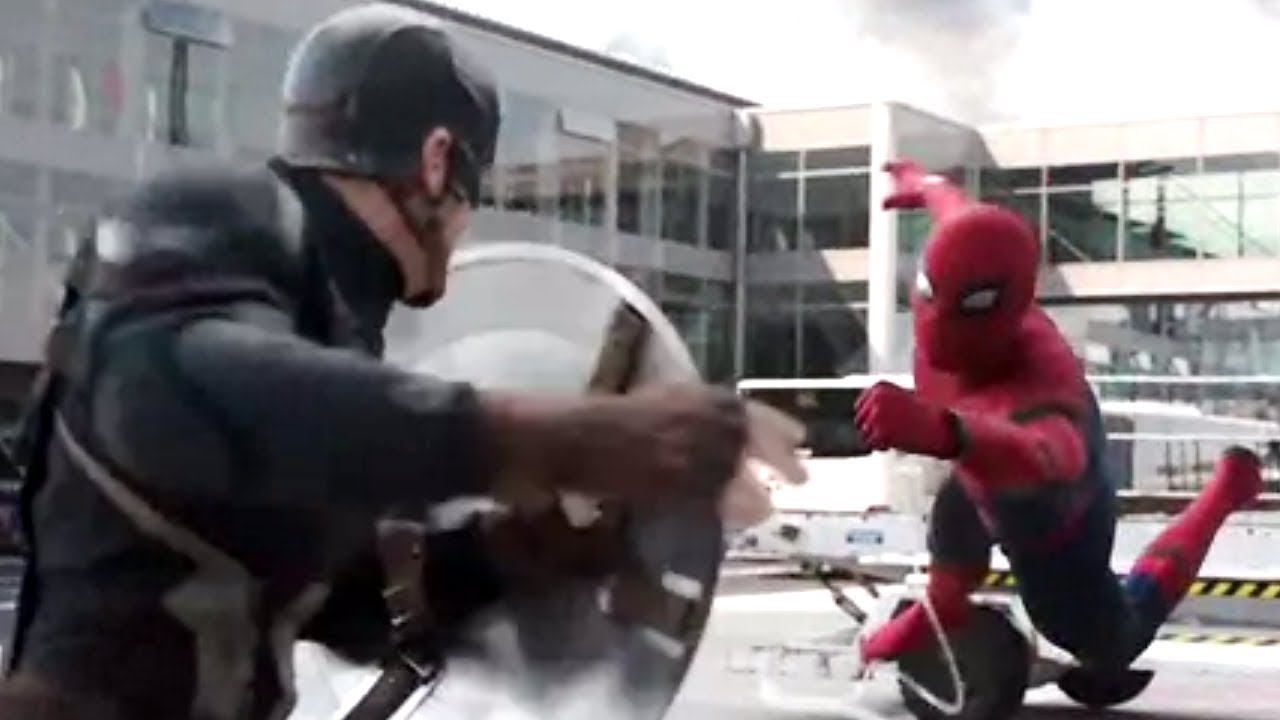 And speaking of Multiversal shenanigans. It seems likely at this point, that the third MCU Spidey movie is going to involve the Multiverse in some capacity. If that’s the case, maybe we could get an alternate Earth’s Steve Rogers to show up too. I mean, at this point, just kitchen sink it, we say. Peter Parker and Steve Rogers don’t have more than a few moments of screentime together so far. However, the playful banter of “Brooklyn” (Cap) and “Queens” (Peter) was always a delight. One more of those moments couldn’t hurt anyone, could it?

The Falcon and the Winter Soldier: Season Two 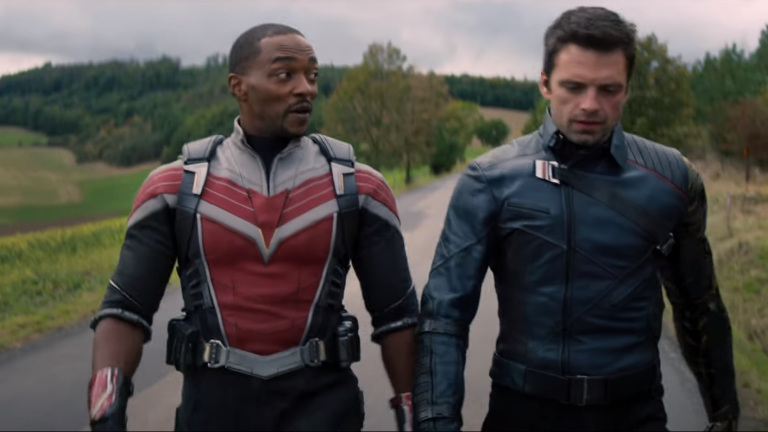 It’s probably too late for Evans to return as Cap for the upcoming The Falcon and the Winter Soldier. Especially since that is dropping in March. But what if there is a season two? Kevin Feige has already said that some of the upcoming Disney+ shows will have multiple seasons, like Loki. If Sam and Bucky get a second round of adventures, it would be the perfect place to have a small role for a century old Steve. He is what ties both Sam and Bucky together after all, so some kind of appearance seems warranted.

Ant-Man and the Wasp: Quantumania 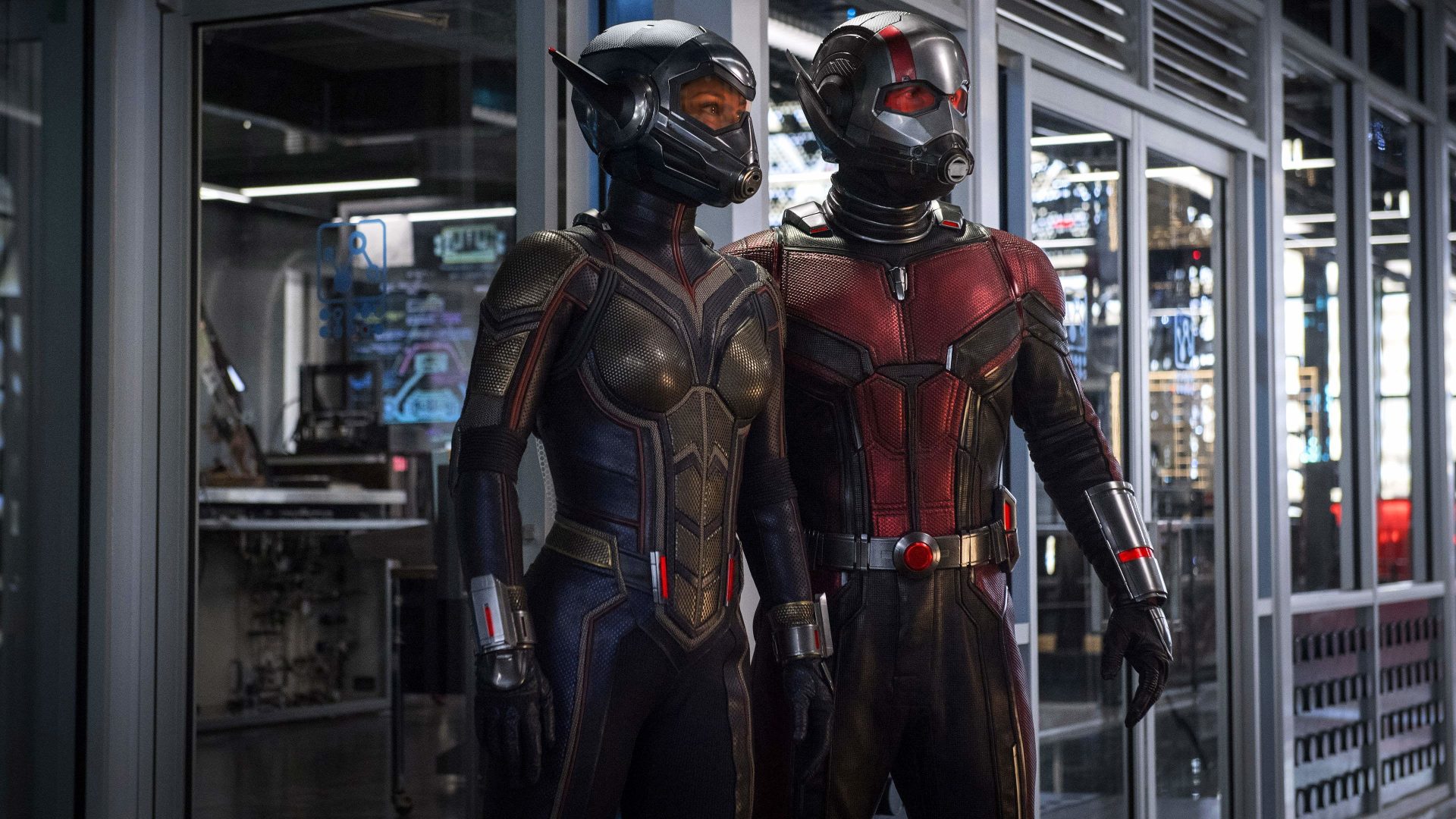 The title for this third Ant-Man film suggests were are in for a long strange trip into the Quantum Realm. Which we know means time travel, baby! Could Scott Lang (Paul Rudd) and Hope Van Dyne (Evangeline Lily) travel to an unspecified point in the past, and have and adventure with Steve Rogers in his prime? Ant-Man’s hero worship of Cap in Civil War was pretty hilarious. Imagine that scene, writ large. A whole section of the movie where Scott has to fight alongside Cap at his peak. Maybe even in World War II? For that matter, the third Ant-Man could deal with the repercussions of Cap’s time travel in Endgame, leading to an even bigger role. 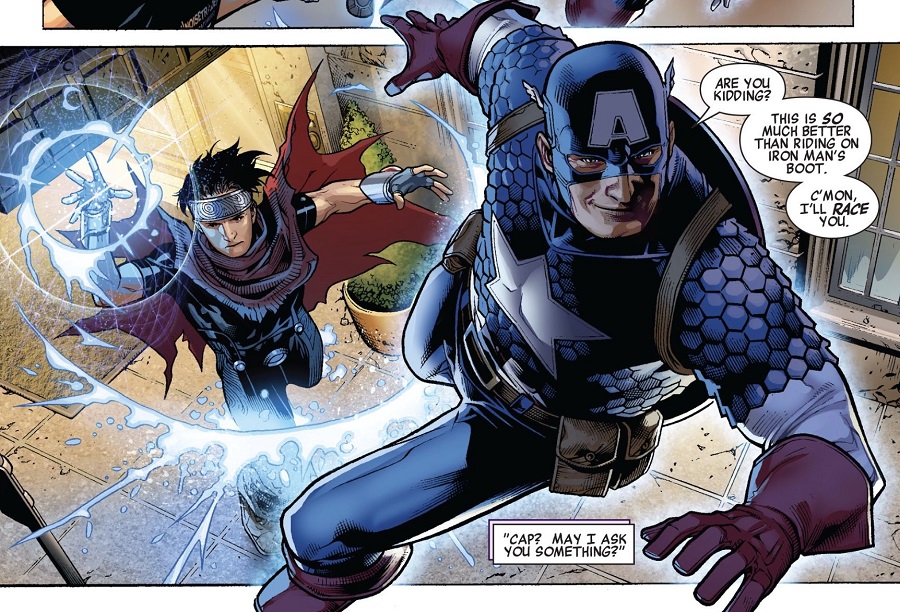 It’s pretty clear that Marvel Studios are setting up the characters for an eventual Young Avengers project. Whether that’s as a movie or a Disney+ series is up in the air, but all signs point to Marvel’s teen heroes getting the spotlight. But they will probably need a mentor figure to guide them when they do. Who better than Steve Rogers? He knows what it’s like being a (relatively) young superhero, and being part of a team. “Old Man Cap” could be for the Young Avengers what Professor X is to the X-Men.  We would especially love to Steve’s interactions with the Young Avenger known as Patriot, who carries on his legacy.