Our Favorite Blu-rays and Box Sets of 2020

While I haven’t polled the entire world, I’m gonna go out on a limb and say 2020 hasn’t been anybody’s favorite year. As the year has gone on, we’ve needed anything we can to take our mind off of things. In other years, going to the movies was a very viable option. With a quarantine in full swing, watching things at home has been a must. Thank goodness for Blu-rays. Sure, you can watch a whole lot on streaming services. But physical media can offer a wealth of extras and bonus content you can’t get on Netflix.

Lucky for us geeks, the best Blu-ray sets on the market today are the work of boutique distributors who love classic and cult cinema. 2020 was at least still good in that department. Here now are my favorite Blu-ray sets of the year, the sets that helped me get through the madness.

Disclaimer: This list is not a complete list of releases from 2020 by any means. Nor is it meant to represent the best of all the worthy releases this year. Quite simply, I didn’t get to look at every set that came out. I’m only one man. So sets like Criterion’s Complete Agnes Varda and Essential Fellini; the newest editions of the BBC’s amazing classic Doctor Who seasons; or that new 4K Dawn of the Dead box aren’t on the list because I didn’t get ’em.

For more gift ideas for the movie geek, check out our holiday guide! 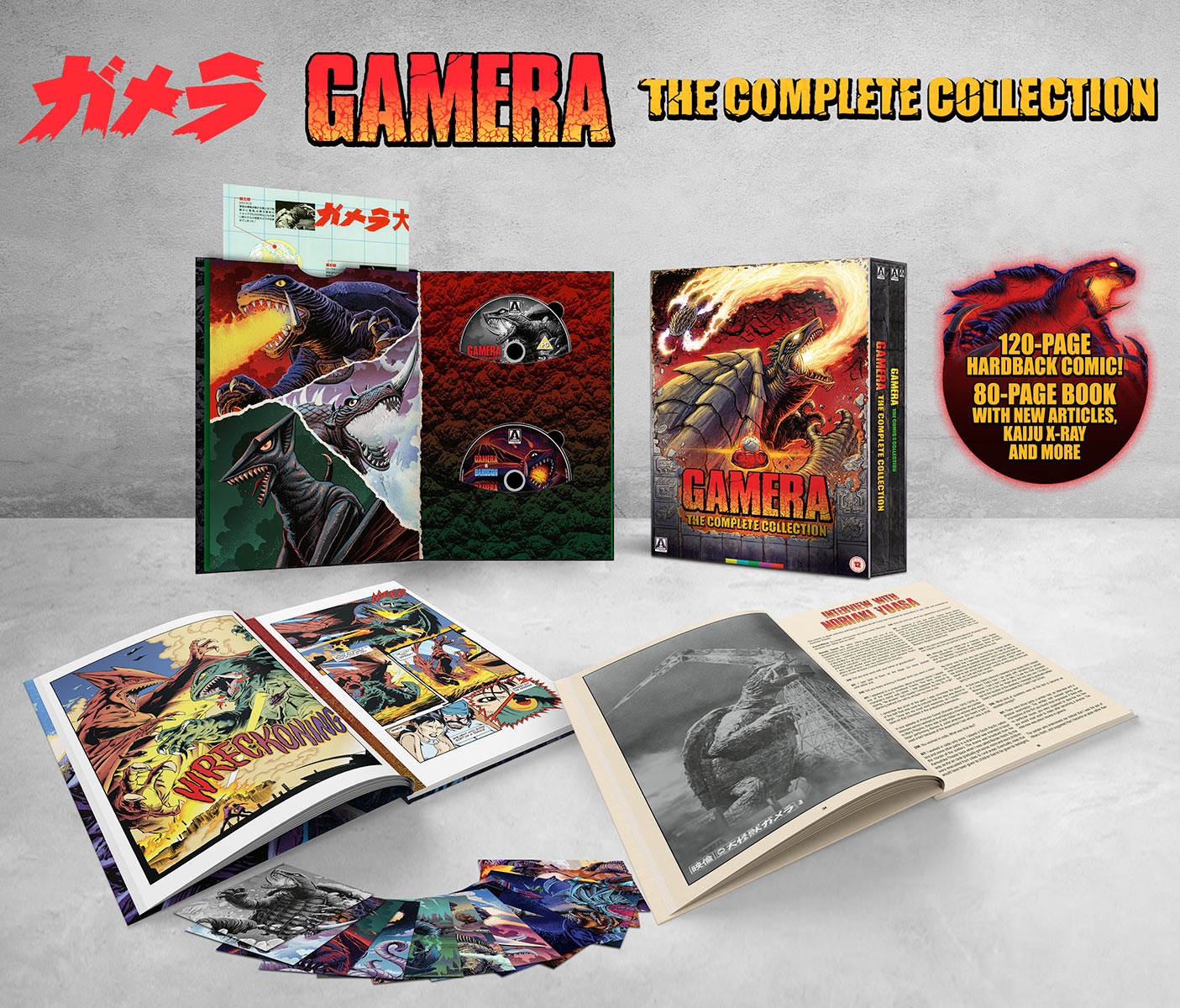 I had a lot of glowing things to say in my initial review of Arrow’s massive complete Gamera set. I’ve never seen so much care and effort put into a set, even for Arrow, who are always exemplary. Seeing the Showa-era films in gorgeous HD is a revelation. The writings and commentaries on each film gives context as to why they might have been lesser to Toho’s Godzilla franchise, but they’re still worthy of love. It was the three 1990s movies that really blew me away; they’re maybe three of the best kaiju movies of all time. Gorgeous artwork, heaps and gobs of extras—just a fantastic package.

Get the Showa Era films and the Heisei Era films. 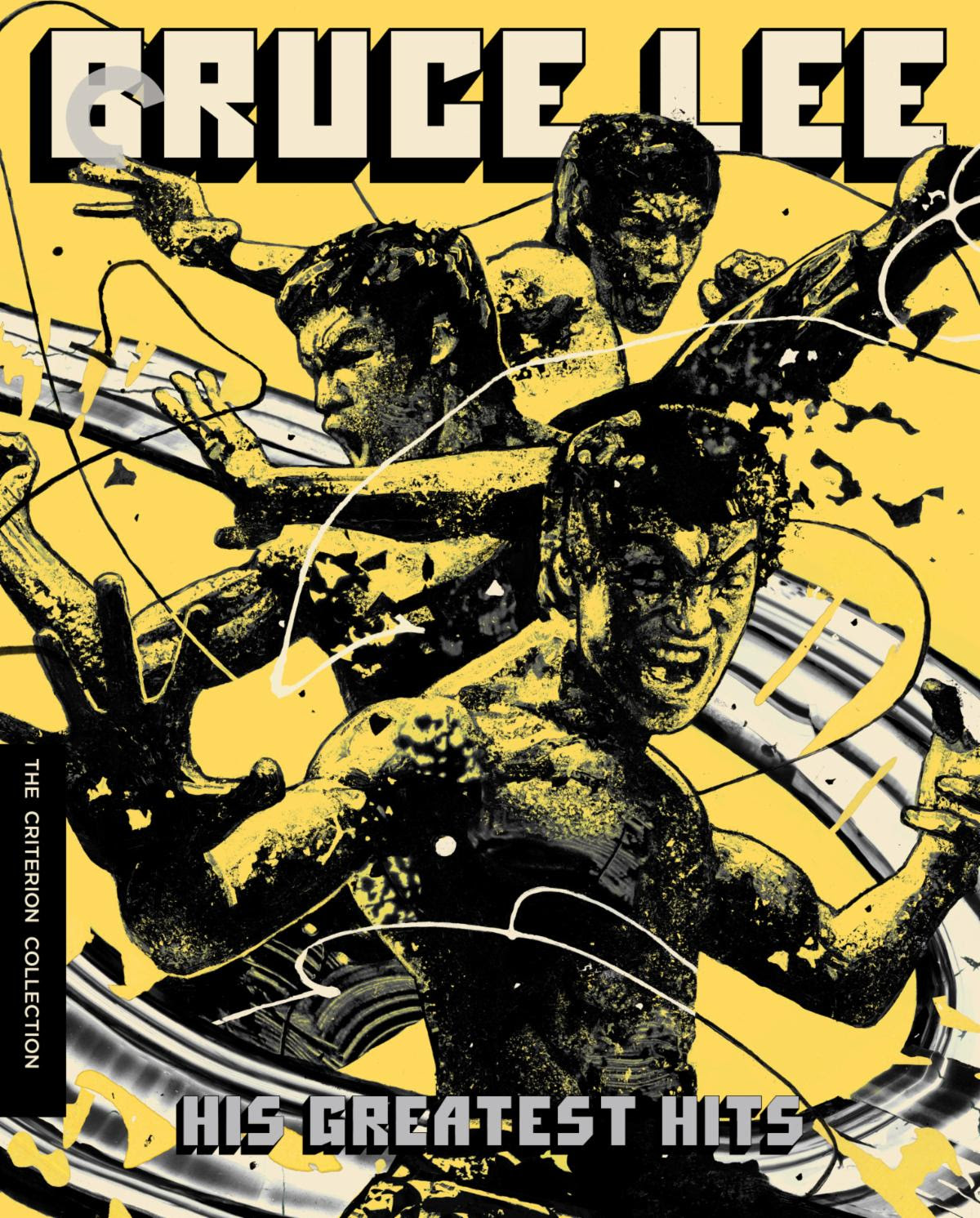 Bruce Lee’s filmography is as storied as any screen legend’s, but far shorter than it ought to have been. Thus, Criteron’s retrospective on his career is not nearly as extensive as some others the company has put out. But they were able to get Enter the Dragon in the set along with the three-and-a-half films Lee made in Hong Kong for Golden Harvest. More than just the movies themselves, the set is a deep celebration and examination of the man, his acting and fight work, and his legacy.

As Rosie Knight wrote in her full review of the set, it’s the most complete look at the man and his career to date. Not to be missed. 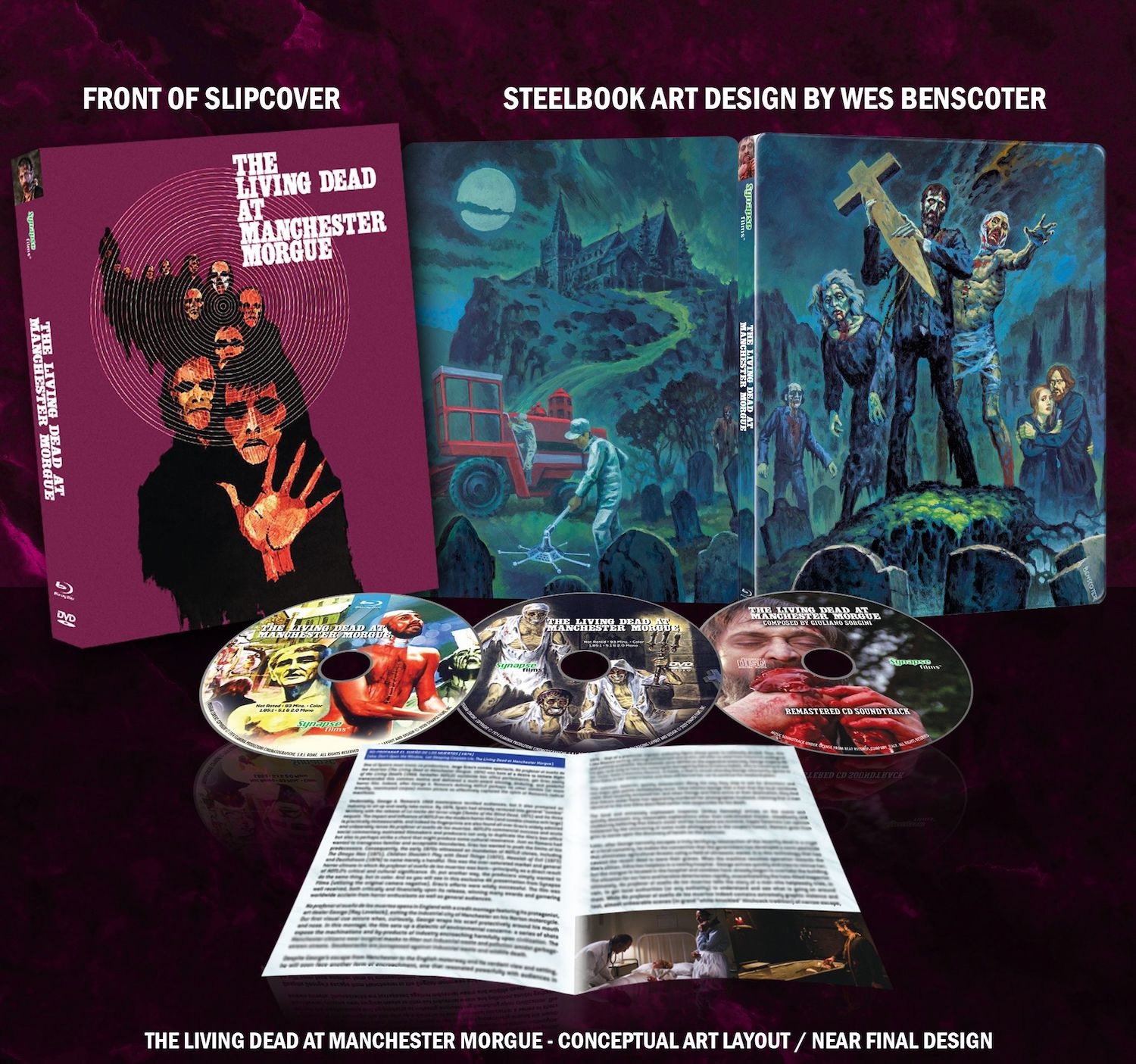 One of the very finest zombie movies ever made, Jorge Grau’s 1974 film The Living Dead at Manchester Morgue (one of a million of its titles) exists exactly in the sweet spot between Night of the Living Dead and Dawn of the Dead. The Romeo-style zombie “lore” doesn’t exist yet, so Grau can focus on an environmentalist allegory while directly pitting young “hippie” intellectuals against a proto-fascist conservative police inspector. It’s a gloomy descent into true horror. Read my full essay on the film here.

Synapse presents its gorgeous 4K restoration of the cult favorite in a beautiful steelbook special edition, complete with a bevy of extras and a whole third disc of the film’s music. 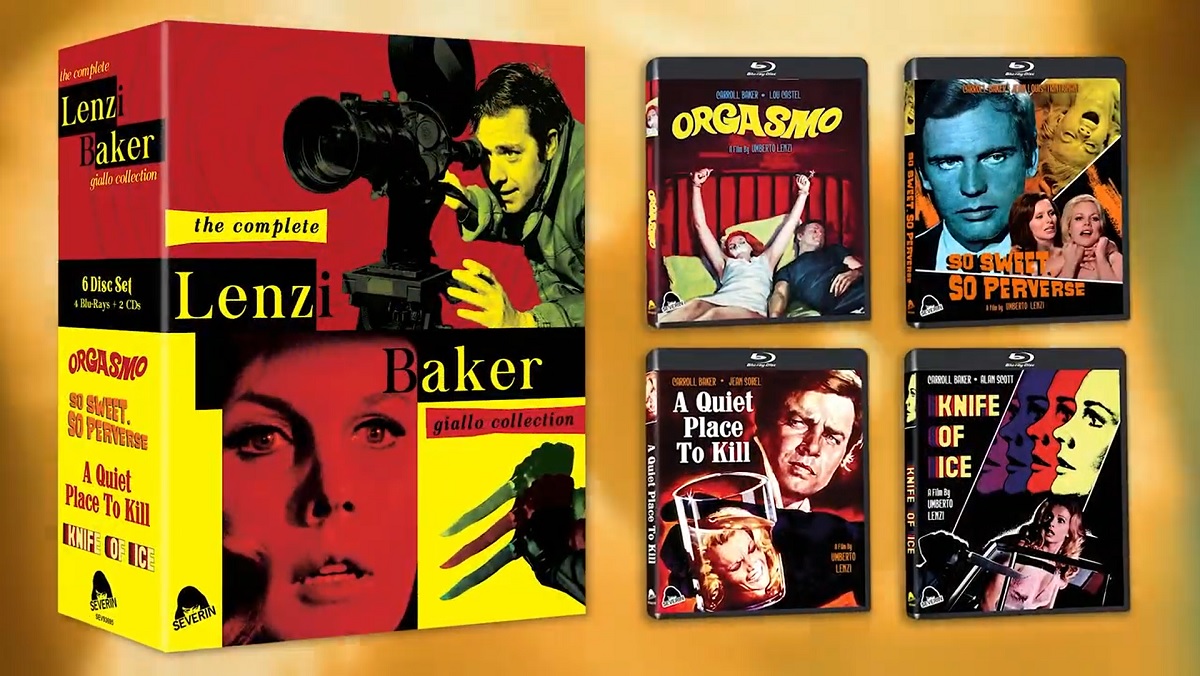 Severin has very quickly become one of the premier Blu-ray distributors for cult cinema, and specifically the giallo. Their recent discs for Sergio Martino’s All the Colors of the Dark and The Strange Vice of Mrs. Wardh are some of the best single-film outings in the last few years. But the one making my list for 2020 is truly a masterwork. They’ve lovingly gathered up all four of the filmic collaborations between underrated Italian cult director Umberto Lenzi and American ex-pat Carroll Baker. Full of sex, twists, intrigue, and murder, these are some of the best gialli of the era, and the set has heaps and gobs of extras to give you context for all the European goodness. Read my full review of the set and the films here.

Other gialli discs worth a mention are Vinegar Syndrome’s Forgotten Gialli vol. 1, a trio of obscure Italian and Spanish thrillers. I haven’t picked up volume 2 yet. Something to look forward to. 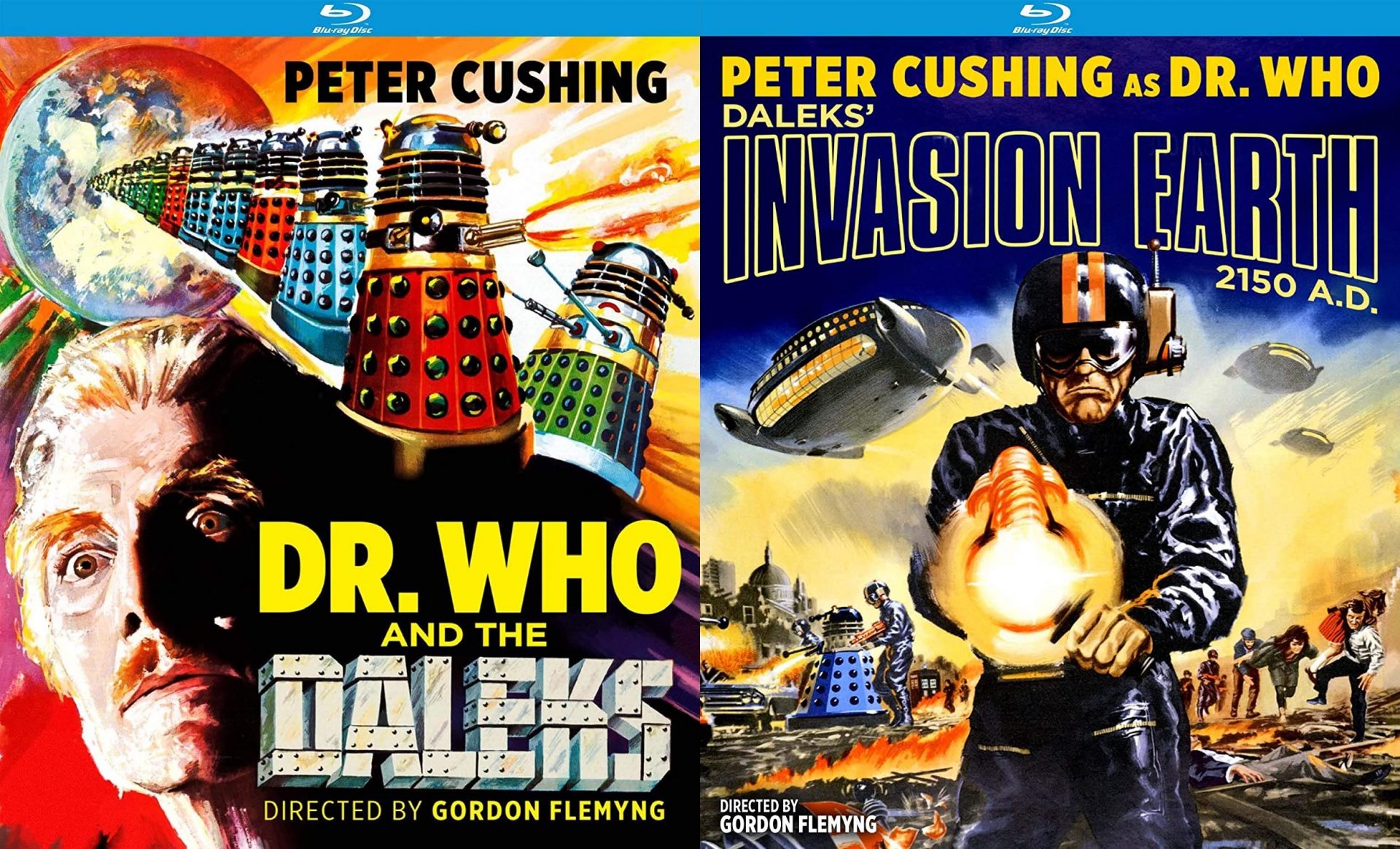 Like most Doctor Who fans, I always regarded the two Peter Cushing-starring feature films from the ’60s as a bit of a joke. Direct adaptations of the first two Dalek serials, the movies were bright, colorful, much more lighthearted… and kinda bad? But Kino’s restorations along with a pair of amazing audio commentaries (from scholar Kim Newman and Who writers Mark Gatiss and Rob Shearman) really turned me around on them. Cushing was a great lead, even if he is Dr. Who. Read my full review of the discs here. 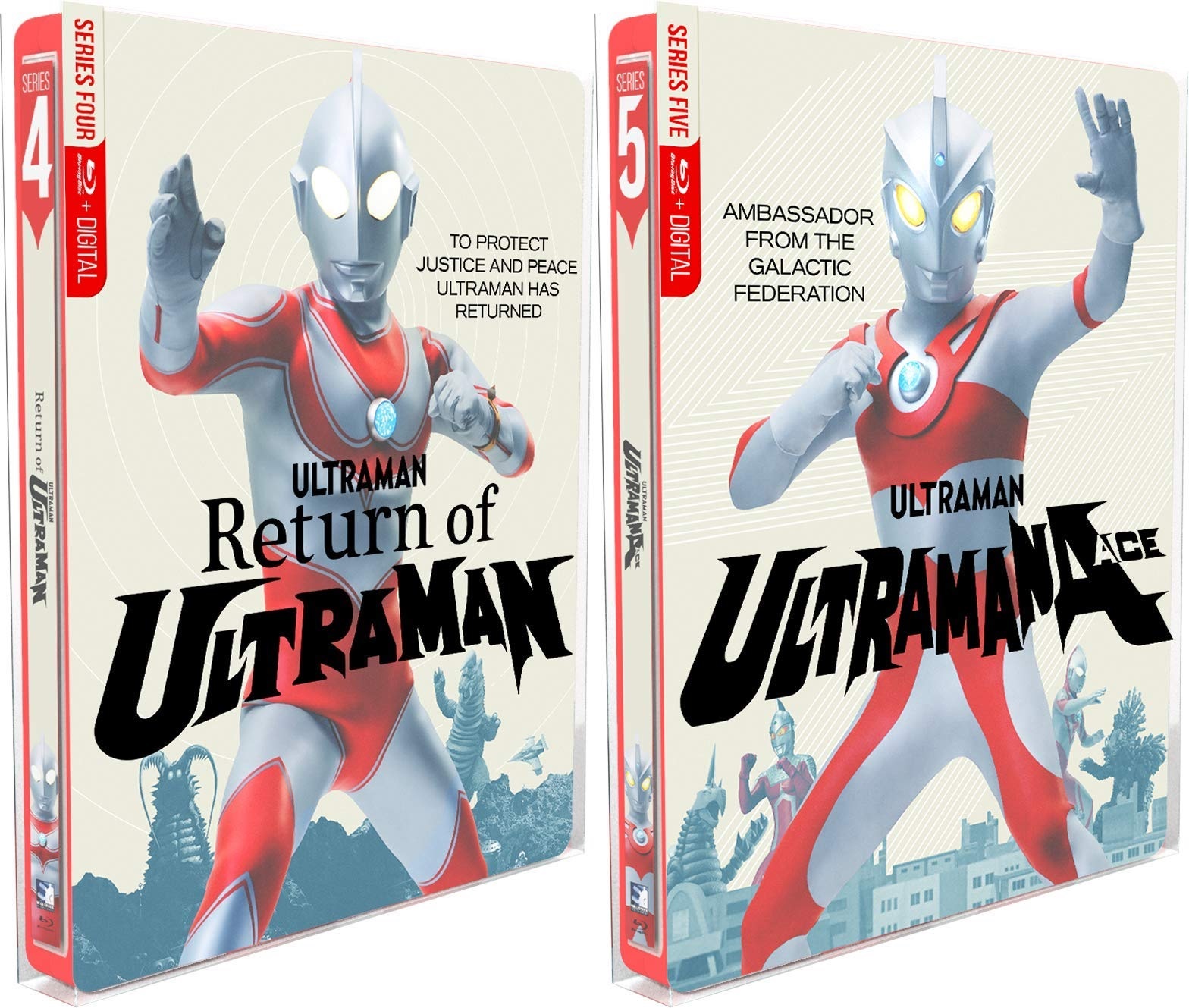 If there’s an MVP in the Kyle Anderson 2020 Staying Sane game, it’s got to be Ultraman. Getting into this series and its 50+-year history has given me hours and hours of fun and enjoyment. While there are many seasons now on TokuSHOUTsu, I want to give special commendation to the classic Showa era Blu-rays coming out from Mill Creek Entertainment. In both standard and steelbook (above) presentations, the beautiful HD restorations make the giant monster battles even more grandiose. In 2020, they’ve come out with 1971’s The Return of Ultraman and 1972’s Ultraman Ace, which are excellent, enormous series. While there are no onscreen extras, each set includes a thick booklet with production history, character bios, monster dossiers, and episode descriptions. Really a great place to start. For more on Ultraman, click here.

Buy Mill Creek’s Ultraman Ace  and  The Return of Ultraman. 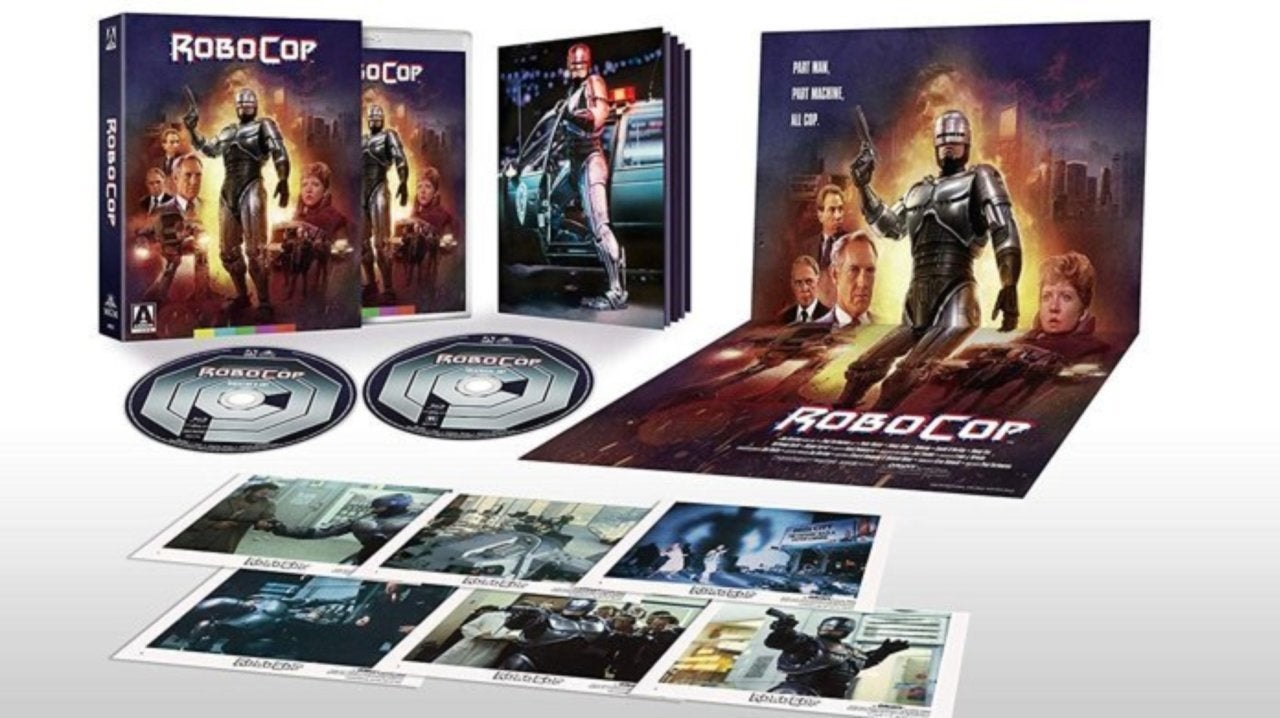 I’ve bought RoboCop in so many formats now, I’ve lost count. Paul Verhoeven’s 1987 sci-fi/action satire just gains more and more depth from subsequent viewing. Arrow’s big ol’ director’s cut set is gorgeous and has a billion extras (exaggeration). Not a ton to say—just a great Blu-ray that looks great on a shelf. 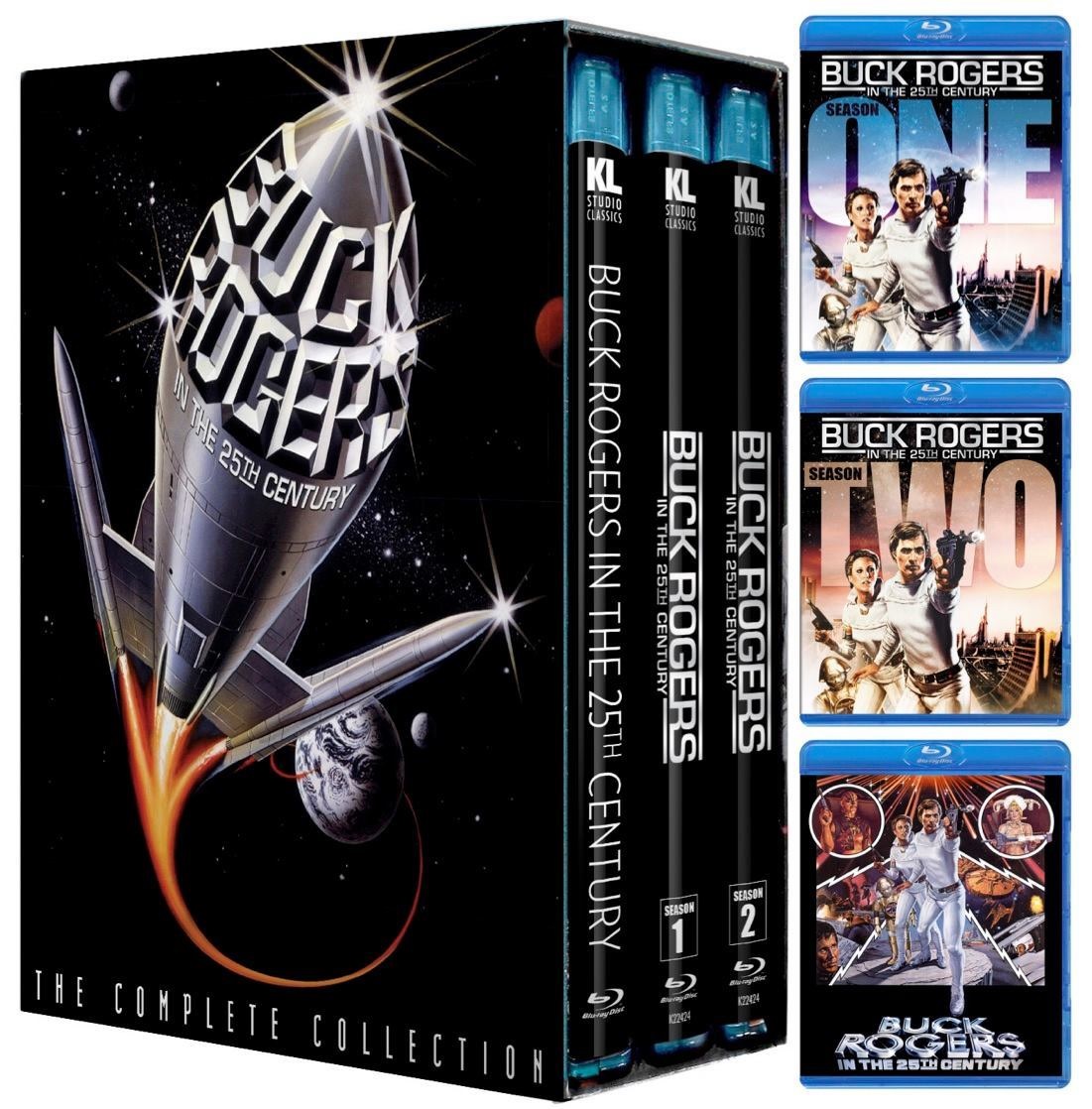 There’s something about late-’70s space adventures that just always work for me. And even though the original Battlestar Galactica has a lot of great qualities and a fantastic premise, it’s Buck Rogers in the 25th Century that I find the most fun. It doesn’t take itself too seriously and allows for the silliness of the premise—a 20th century guy ends up 500 years in the future—to feel totally believable. Gil Gerard as Buck and Erin Gray as Col. Wilma Deering are great together and the episodic future-espionage plots of season one are always a treat. Kino collected both seasons in beautiful HD along with the theatrically released pilot film. Looks great, sounds great, IS great. Read more about Buck Rogers here.

Buy Buck Rogers in the 25th Century The Complete Collection.

The Last of Us
THE LAST OF US’ Zombies Explained: Clickers, Bloaters, and More
Kyle Anderson
7 MIN READ