The Social Relevance of LIVING DEAD AT MANCHESTER MORGUE - Nerdist

The Social Relevance of LIVING DEAD AT MANCHESTER MORGUE

Beyond Fest’s great power lies in its curation of brand new genre movies and classics that deserve another look. It’s a great time to be a specialty Blu-ray collector, but these movies deserve a chance for people to see them on the big screen. Late on a Friday night, Beyond Fest and Cinematic Void presented Synapse Films’ 4K restoration of one of the great zombie movies of all time. It’s got a million titles for various reasons, but this time it’s The Living Dead at Manchester Morgue. And if you’re unfamiliar, it surpasses Fulci and rivals Romero for execution and importance.

Spanish director Jorge Grau’s 1974 movie is a pioneer of sorts. Also released under titles as diverse as Let Sleeping Corpses Lie; Do Not Profane the Sleep of the Dead; and the nonsensical Don’t Open the Window, The Living Dead at Manchester Morgue pre-dates the boom of Euro-zombie movies that choked horror cinema in the late-70s and ’80s. Part of the reason for this is Romero’s 1978 movie Dawn of the Dead. Dawn was a massive hit and got a big release in Italy and Europe, thanks in no small part to producer Dario Argento. So all the zombie movies to come out after that more or less copied Romero’s style. But Manchester Morgue came four years before–six years after Night of the Living Dead. All Grau took from that was the idea of the living dead and the inclusion of social commentary.

The actual plot of the movie is incredibly simple. Ray Lovelock plays George, a bearded, motorcycle-riding art dealer from London making his way north for a quiet weekend. While at a gas station, a young woman named Edna (Cristina Galbo) backs her Mini Cooper into his bike and wrecks it. He’s got a schedule to keep and convinces (or forces) Edna to take him where he needs to go, which is in the direction of where she needs to go but not that close. Ultimately, she offers to let him borrow the car until his bike is fixed if he just drops her off at her sister’s house. On the way, they get lost.

This sounds inordinately boring yet complicated, I know. But it’s the getting lost part where the plot picks up. While stopped, George asks a farmer for directions; on the farm two scientists set up an experimental machine that uses a particular microwave emission to kill insects. Seems all right, but not when the dead slowly start to rise and one of them attacks Edna. George doesn’t believe her at first, but after one of them kills Edna’s sister’s husband, he witnesses the living dead himself. Everything culminates in a morgue near Manchester; the worst place to be when zombies rise. 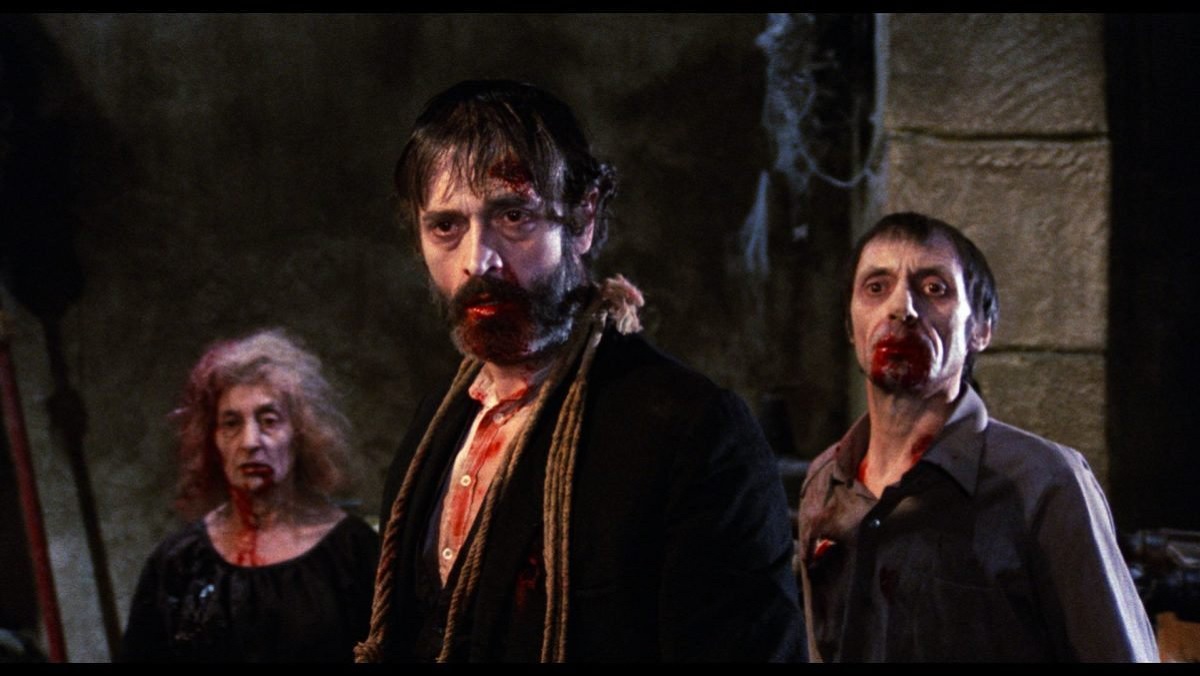 There are two major pieces of societal reflection apparent in The Living Dead at Manchester Morgue. The first is the environmental angle. While Romero (probably rightly) refused to fully explain why the dead in his movies rise, several other filmmakers decided to take a stab at ecological factors. There are always side effects, often unforeseen, in attempts to kill off invasive species and pests. For instance, DDT, which Grau name-checks in the movie. DDT may have gotten rid of a lot of nasty bugs for a while, but it also meant cancer in people and death to wildlife.

In the movie, the scientists complain about George’s asking them to shut off their machine, saying “we know best,” only for that to be proven completely incorrect. George concludes that the microwaves from the machine do indeed affect lower-level nervous systems, and that includes dead bodies. The scientists mention weird aggression in the creatures which also translates to the zombies. Another very creepy wrinkle is that the machine also affects newborn babies; several attack nurses and mothers in the same hospital that houses the titular morgue. The message is clear: messing with the environment causes drastic upheaval and a breakdown of normal order. 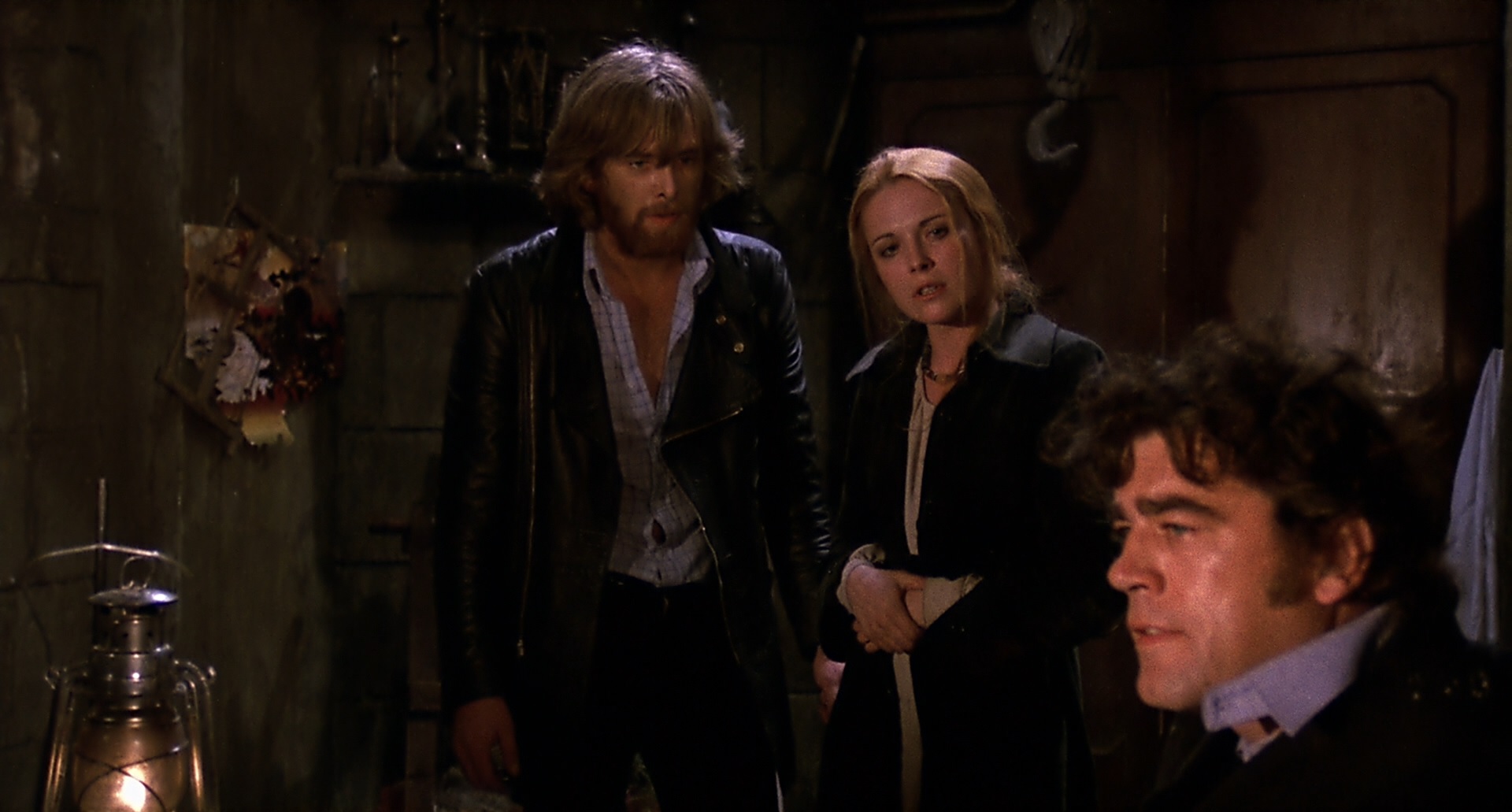 But while the environmental discussion directly impacts the zombie storyline, the other social construct Grau tackles is much more interesting. George is a young guy with an inherent distrust of authority. He has long hair and a beard, and is an intellectual by anyone’s measure. His biggest nemesis in the movie is not the undead but an aging police Inspector (Arthur Kennedy). Because Edna’s sister is a drug addict attempting to get clean, the Inspector assumes the death of her husband is a drug-related murder. Naturally, these damn kids are Satan worshipers and smack heads.

Confirmation bias keeps George as the prime suspect. Each new zombie kill, full of entrails and viscera, makes the Inspector think drunk-fueled hippie satanists are at work. And any of George’s attempts to convince the police of the living dead receives snide contempt. It’s the ravings of a lunatic madman murderer. The Inspector talks about how much he’d love for “this country” to go back to the old ways where the police could kill bad guys and basically had supreme authority. Maybe the most fascistic policeman ever in a movie, the Inspector also represents the still-relevant fear of youth culture that began in earnest following the Manson murders. 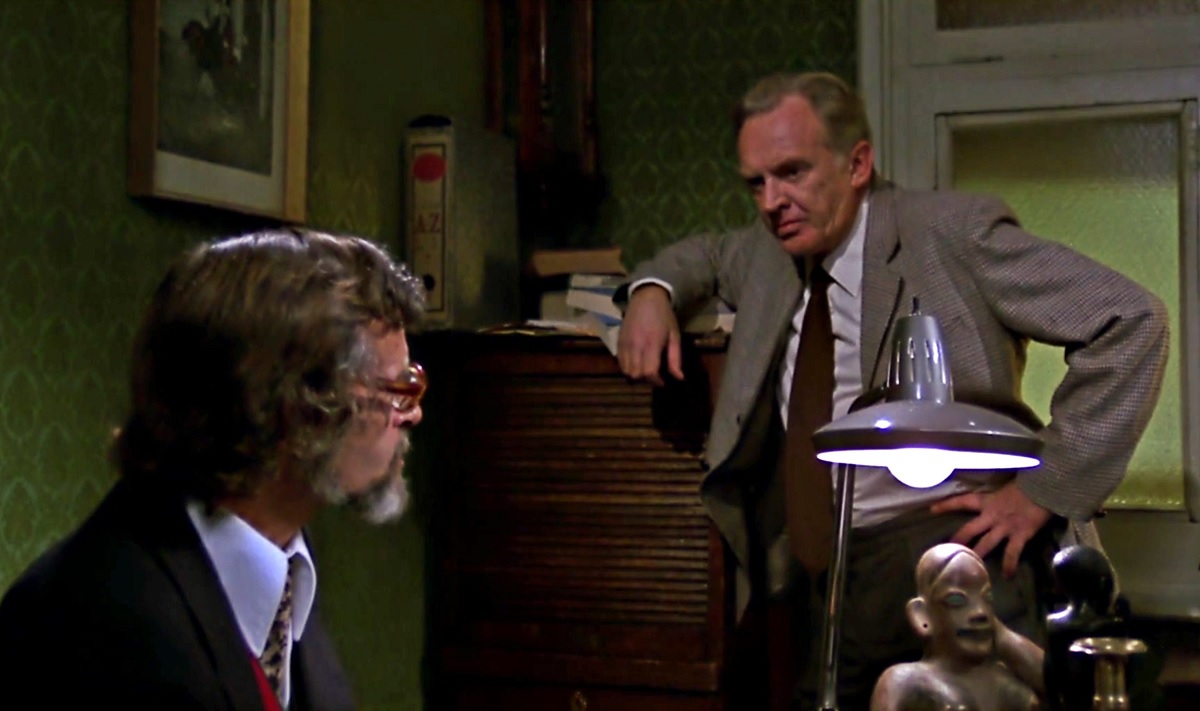 Anyone who even seemed slightly like a hippie was someone to fear. Hippies do drugs and murder good, innocent, God-fearing people in their sleep. These outsiders in the movie come in and suddenly there’s a rash of supremely brutal killings. If you already have a bias against the long-haireds, then naturally they’re your number one suspects. Night of the Living Dead famously became about race in the casting of Duane Jones as the lead. Romero said repeatedly he didn’t think about it as a radical social statement, just that Jones was the best actor. But in Manchester Morgue, the class and youth-versus-establishment allegory is baked in. George is an art dealer with authority issues; he’s not gonna get along with salt-of-the-Earth war veteran country police officers. 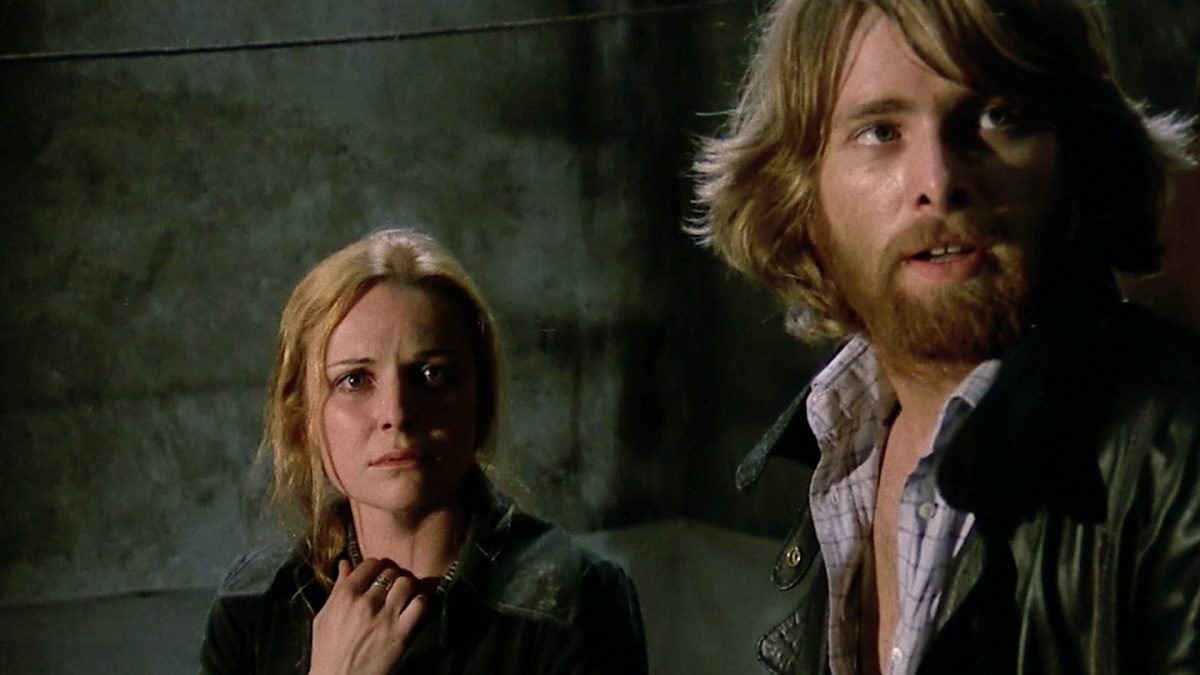 While it’s not nearly as bombastic or carnage-filled as some zombie flicks, The Living Dead at Manchester Morgue manages to be both scary and relevant. It’s a movie that doesn’t get bogged down in zombie “lore” and instead uses the threat as both a warning for ecological collapse and a study of the dangers of social bias. It’s an eerie, somber, and supremely effective horror movie that absolutely looks gorgeous in 4K. Definitely check out this new restoration when you get the chance.