Tandy and Tyrone thought they had defeated D’Spayre, but they are shocked to find out they were too late. People across the city are disappearing or put under Andre Deschaine’s spell, only Cloak and Dagger can save them all.

This season finale showdown is drawn by Ema Lupacchino, who has worked on books like Hyperion, Thor: God of Thunder, and X-Factor, and colored by brilliant colorist Jason Keith. Take a look at the new cloak, which matches the one we’ve seen on Tyrone’s shoulders in Marvel Comics since the duo’s debut. 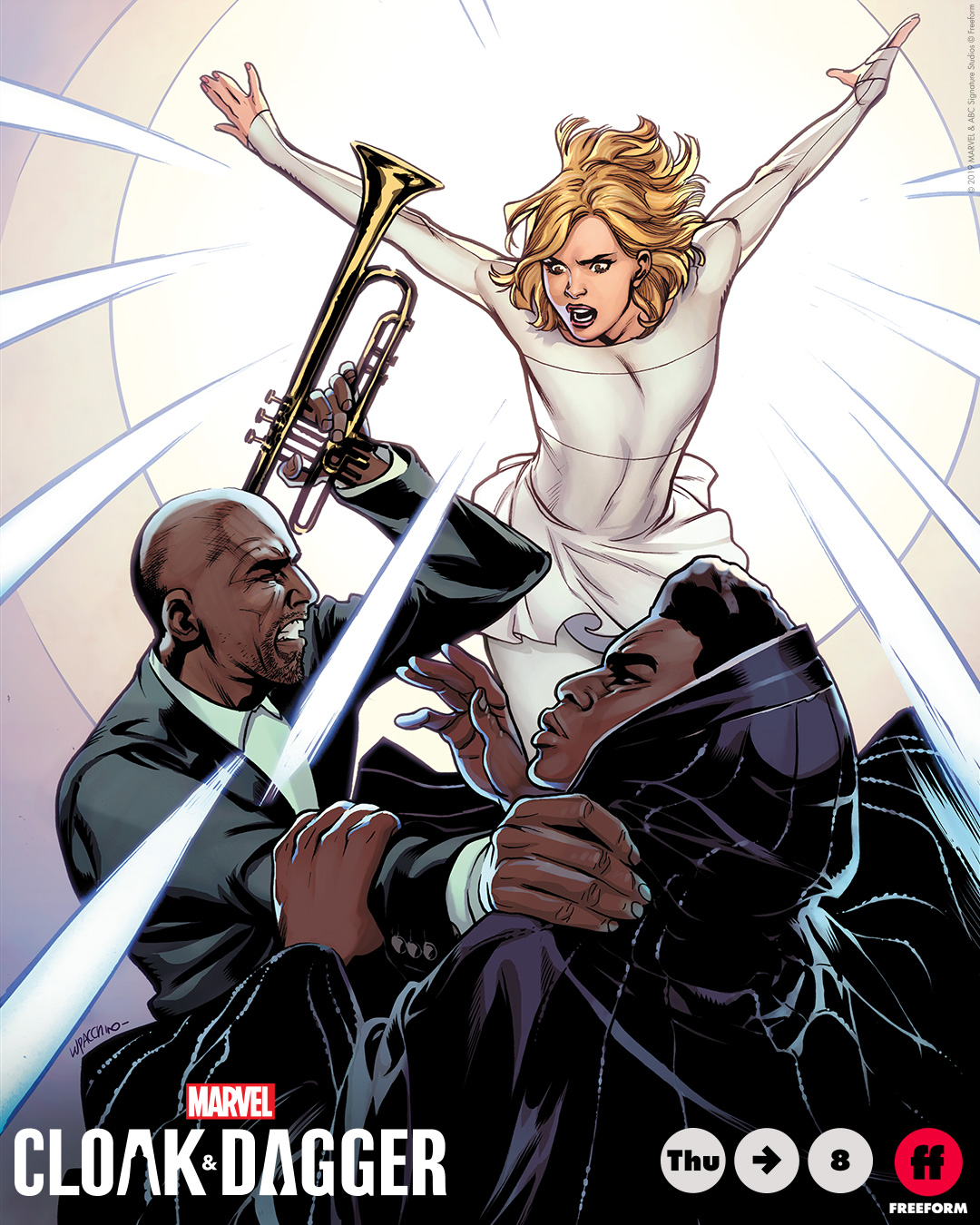 Here’s what we can expect from the game-changing season finale:

In the action-packed season finale, Tyrone and Tandy head to the Loa dimension to stop the evil force threatening New Orleans. To finally put an end to it, they must come face to face with their own personal issues that have been holding them back. Meanwhile, Mayhem and Evita do their best to hold off the dangers in the real dimension.

Be sure to take a look at all of the spectacular art created for this season of Marvel’s Cloak & Dagger from other skilled Marvel artists  Khary Randolph and Emilio Lopez,  Afua Richardson,  David Nakayama,  Christian Ward,  Annie Wu,  Rafael Albuquerque, Brian Stelfreeze, and Francesco Francavilla.

Will Tyrone and Tandy survive the final showdown with D’Spayre? Find out on the season finale of Marvel’s Cloak & Dagger, “ Level Up,” Thursday, May 30 at 8 PM ET on Freeform.