In the dark dimension, Tandy and Tyrone journeyed into a retro-style arcade game, which had a few fun nods to the comic book origins of Cloak and Dagger. The name of the game? Duel to D’Spayre, confirming the season’s Big Bad is actually a villain straight from Marvel Comics. Tandy and Tyrone are heading for a showdown with D’Spayre, who also goes by the name Andre Deschaine.

This week’s incredible art comes from brilliant artist Francesco Francavilla, whose work you’ve also seen in the pages of Black Panther: The Man without Fear, Captain America and Bucky, and Hawkeye. 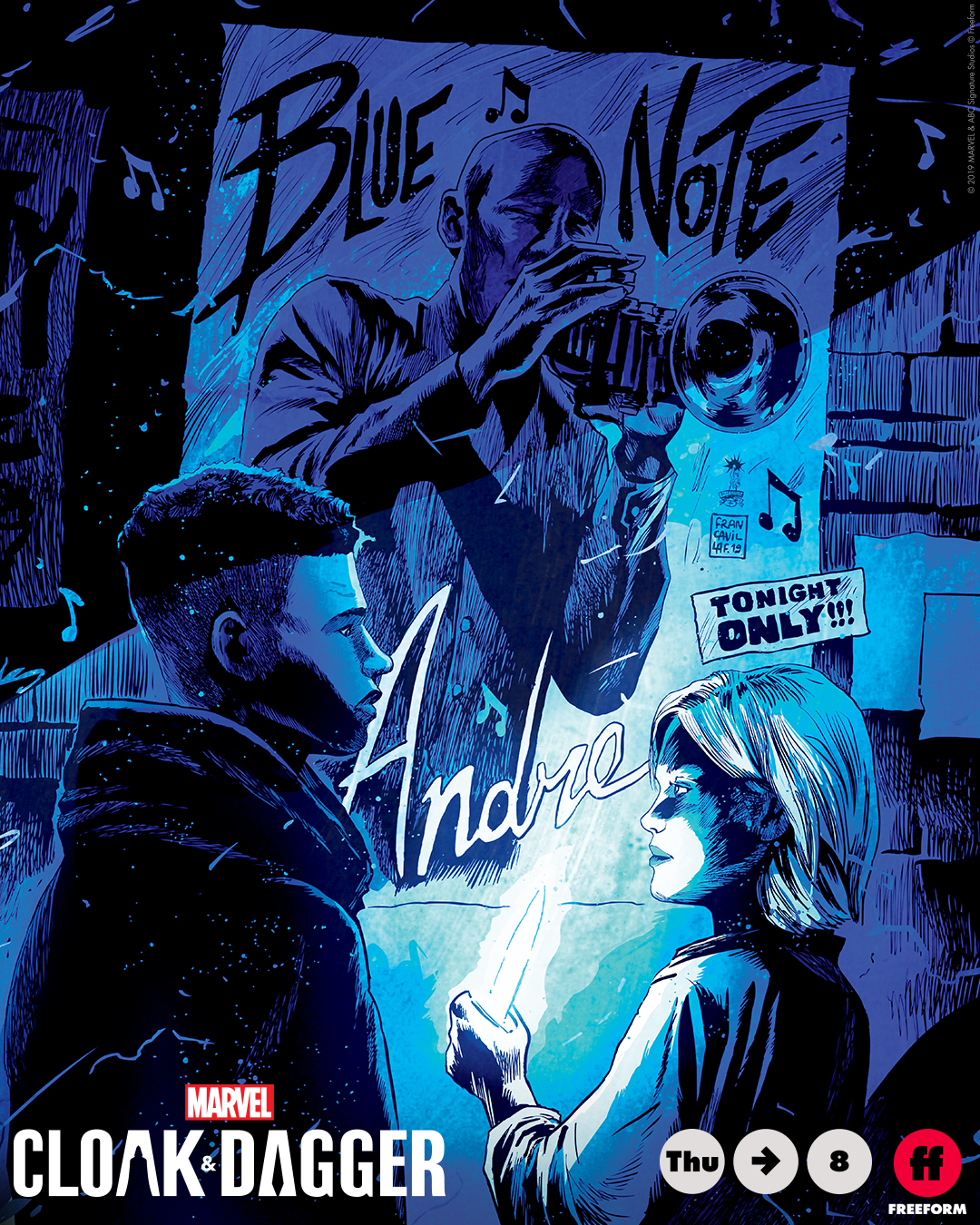 Tyrone and Tandy don’t just have their hands full with the menacing villain–they also have Mayhem to deal with. Now merged together again with Brigid O’Reilly, Mayhem is in charge of their shared body and she’s ready to take justice into her own hands. Here’s the brief description of the ninth episode of the series:

Andre takes his plans to the next level, and Tandy and Mayhem disagree about how to deal with the threat.

Be sure to take a look at the other spectacular art created for this season of Marvel’s Cloak & Dagger from other skilled Marvel artists  Khary Randolph and Emilio Lopez,  Afua Richardson,  David Nakayama,  Christian Ward,  Annie Wu, Rafael Albuquerque, and Brian Stelfreeze.

Will Tyrone and Tandy survive the fight with D’Spayre? And will Mayhem end up as friend or foe? Find out on the next new episode of Marvel’s Cloak & Dagger,  “Blue Note,” Thursday, May 23 at 8 PM ET on Freeform.