After experiencing wildly different possible realities while she was unconscious, Tandy awakens to find herself in an even worse situation. She’s being held against her will and her powers have vanished. There’s only one person that can count on to save her: Tyrone. But can he find her in time?

This week’s episode art is by Rafael Albuquerque, a brilliant artist who has had runs on Marvel books like Wolverine and Uncanny X-Force. (And have you seen his variant cover for Thanos #13? It’s stunning.) The darkness again looms large over Tyrone, but he’s not afraid of the dark. He must do whatever it takes to find Tandy. And who is enigmatic man he encounters on his search? 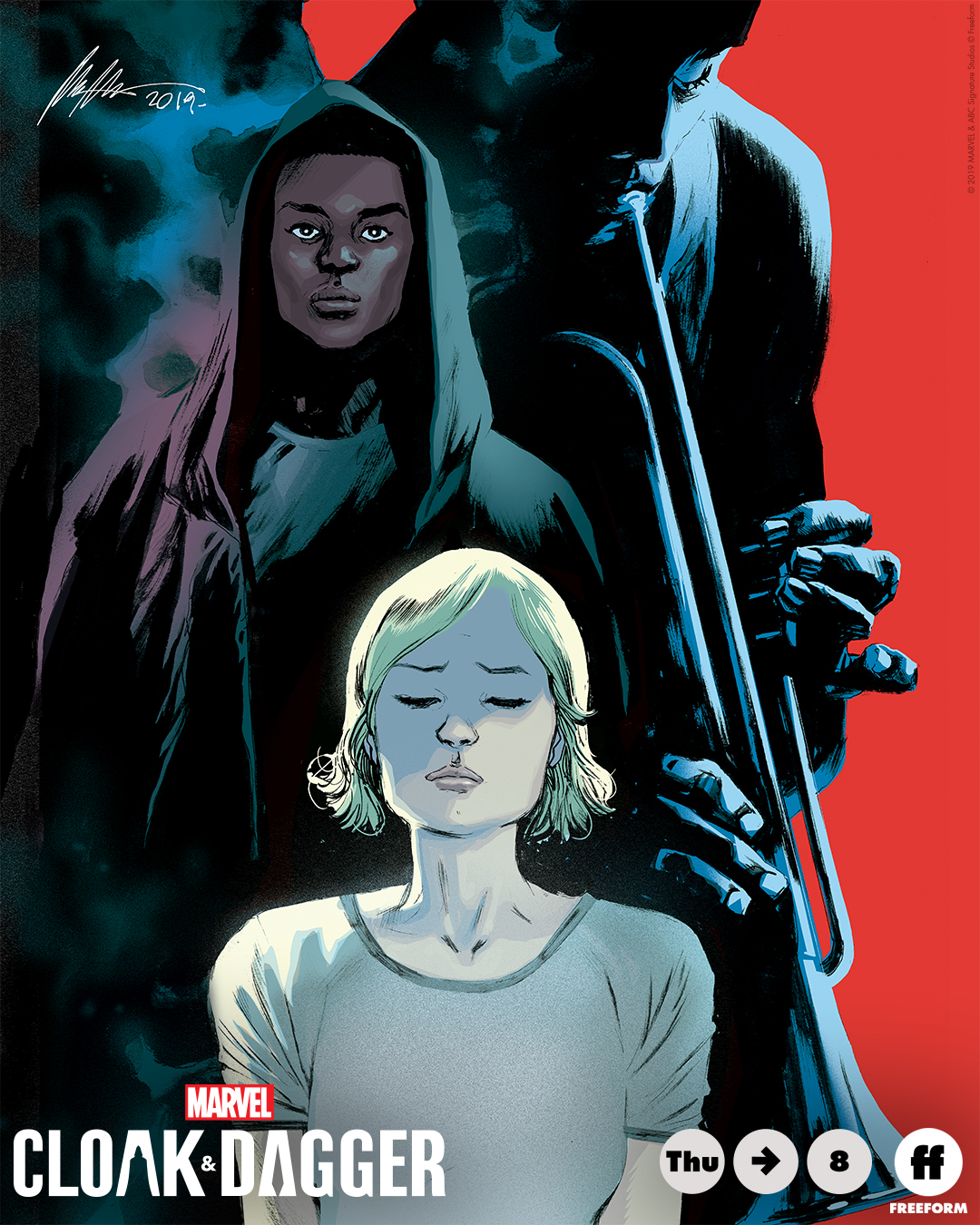 Adina is pushed to a dangerous edge as she looks to get answers and closure for her two boys. Meanwhile, Tyrone comes in contact with a mysterious figure on his search for Tandy.

Be sure to take a look at the other spectacular art created for this season of Marvel’s Cloak & Dagger from other skilled Marvel artists  Khary Randolph and Emilio Lopez,  Afua Richardson,  David Nakayama, Christian Ward, and Annie Wu.

Will Tyrone reach Tandy in time? Find out on the next new episode of Marvel’s Cloak & Dagger, “Vikingtown Sound,” May 9 at 8 PM ET on Freeform.