We’ve already been treated to creative posters from the likes of  Khary Randolph and Emilio Lopez,  Afua Richardson, and David Nakayama. This week’s intriguing image is by  Christian Ward, an Eisner Award-winning artist whose work you might have seen in Marvel books like Iron Man, Guardians of the Galaxy, Thor, and The Ultimates. For the fifth episode of the season, Tyrone, a.k.a. Cloak, looms large in this exclusive art. 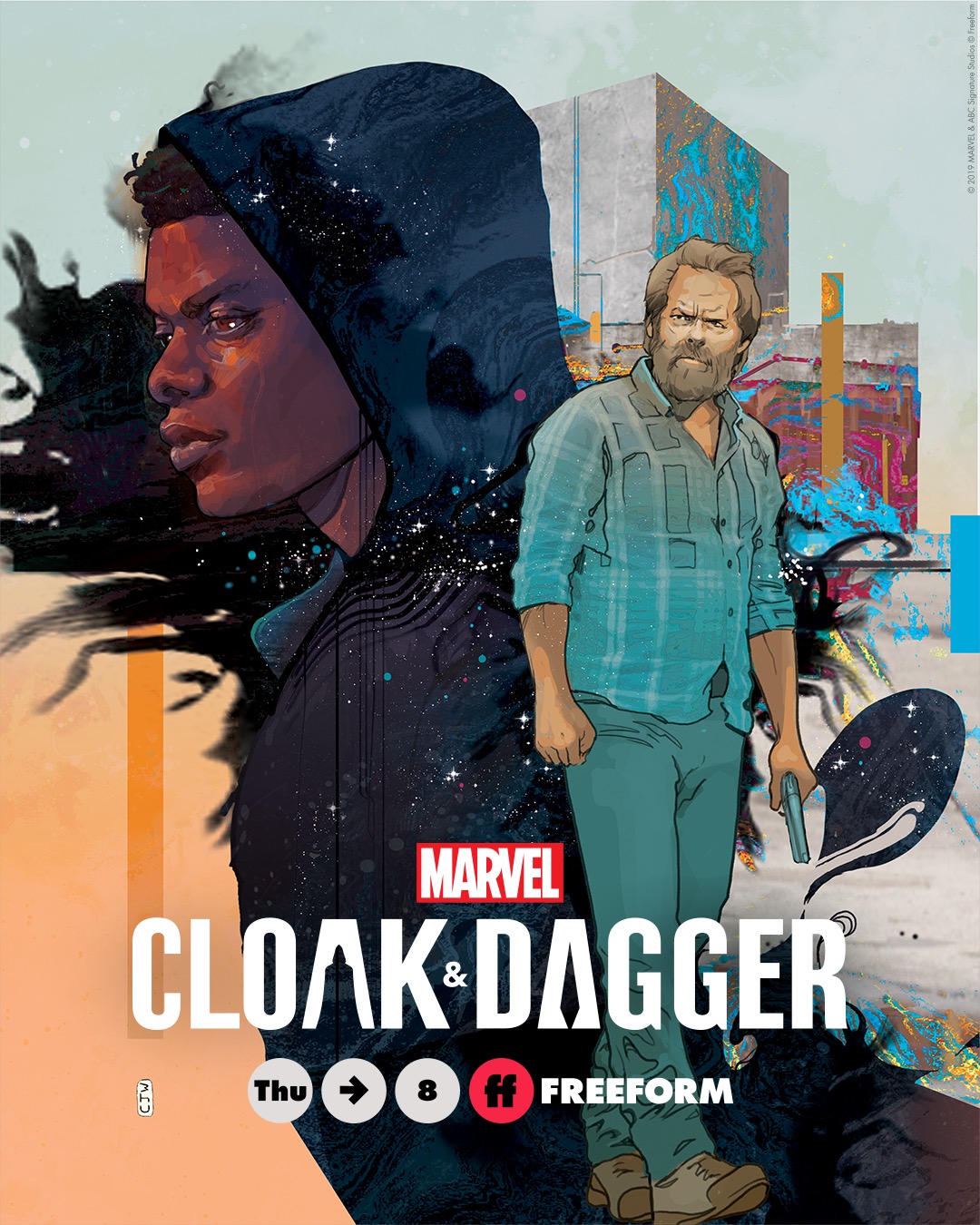 Ward colorfully captures the tense conflict between Tyrone Johnson and Connors, the man who killed his brother, and all without any of the characters uttering a single word. Tyrone will be facing off against Connors in this week’s suspenseful episode, “Alignment Chart.”

On last week’s episode, Tandy freed the corrupt cop after a harrowing journey through the Dark Dimension, and now Tyrone must confront his brother’s murderer, perhaps once and for all. We have a few big questions going into this episode: Will Tyrone let the darkness consume him and exact revenge for the loss of his loved one? Or can he work with Connors to clear his own name as the New Orleans police pursue him?

Tyrone is faced with a hard decision when presented with an opportunity to clear his name from an unlikely source. Meanwhile, Tandy is letting her anger get the best of her as she becomes frustrated with a possible dead end to her investigation into the sex trafficking ring.

There are never any easy decisions when you’re a superhero. Find out what Tandy and Tyrone will do next on Marvel’s Cloak & Dagger, airing this April 25 at 8 PM ET on Freeform.