Tandy was trapped and, with no hope to guide her, couldn’t use her light daggers to save herself from the clutches of the malevolent Andre. With the help of Tyrone, she escaped, but at enormous cost to him. Now it’s up to Evita and Tandy to enter the dark dimension once again and save their close friend.

This week’s poster comes from notable Marvel artist Brian Stelfreeze, who has worked on books like Miles Morales: Spider-Man, Black Panther, and the Rise of the Black Panther series. It captures the frenetic energy of a video game, which is where the pair find themselves in the dark dimension, but also shows Tyrone and Tandy’s unyielding determination to make it back to the real world. 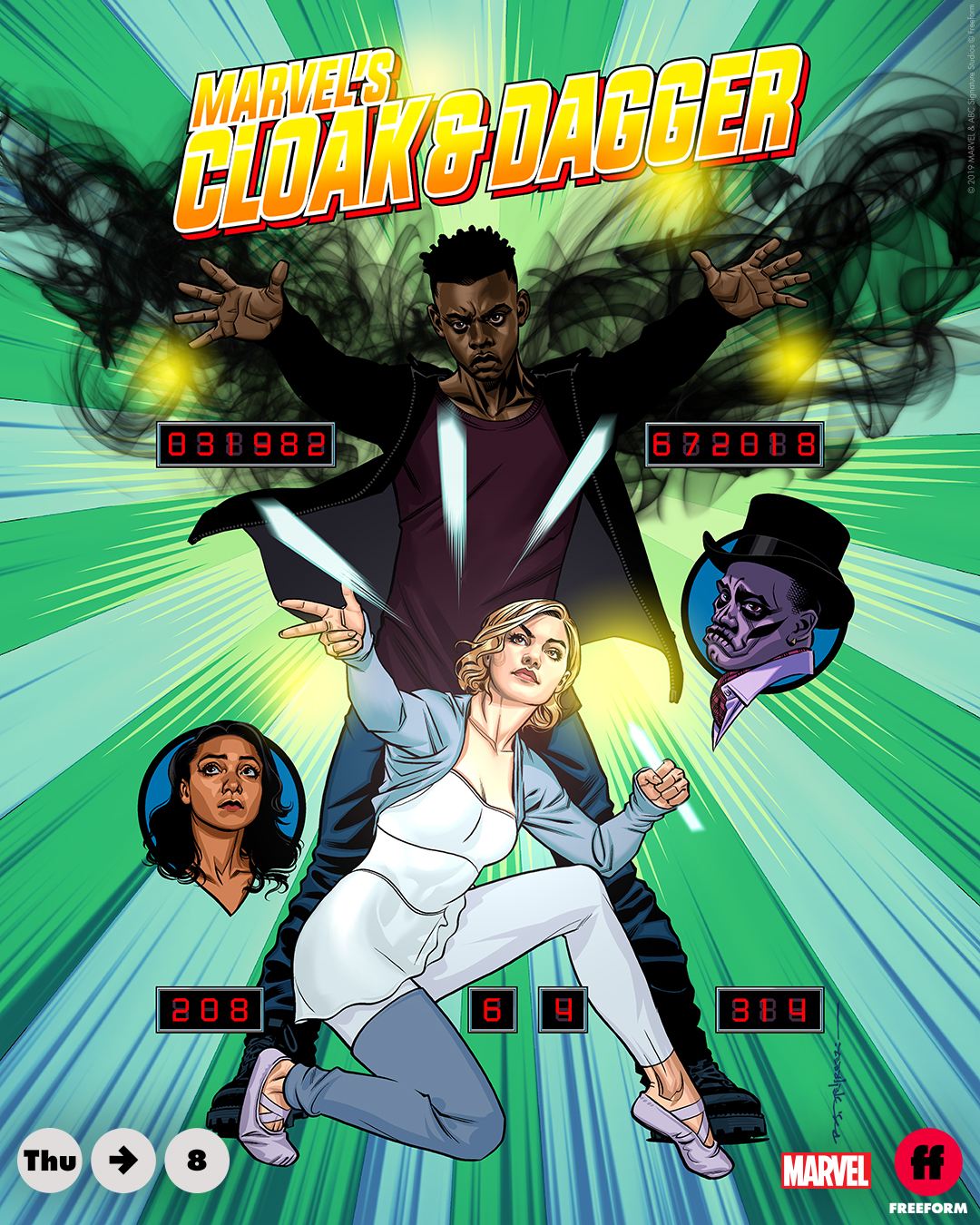 Here’s the all-too-short description of the next all-new episode:

Tandy and Evita must go to great lengths when Tyrone is put in a dangerous situation. Meanwhile, Adina looks to someone surprising for help.

Be sure to take a look at the other spectacular art created for this season of Marvel’s Cloak & Dagger from other skilled Marvel artists  Khary Randolph and Emilio Lopez,  Afua Richardson,  David Nakayama,  Christian Ward, Annie Wu, and Rafael Albuquerque.

Will Tyrone and Tandy make it out alive? Or will they be overwhelmed by the darkness? Find out on the next new episode of Marvel’s Cloak & Dagger, “Two Player,” Thursday, May 16 at 8 PM ET on Freeform.