Marvel’s Cloak & Dagger returns for its second season on April 4. We’ve teamed up with Freeform to show you exclusive art from renowned comic book artists to kick off the new season. And be sure to come back week after week for more artwork paired with each new episode, only here on Nerdist!

The first episode artwork for this week puts the titular heroes, Tandy Bowen and Tyrone Johnson, front and center. The stunning piece comes from Phil Noto, the artist on Marvel books like Star Wars: Poe Dameron, Black Widow, and many more. 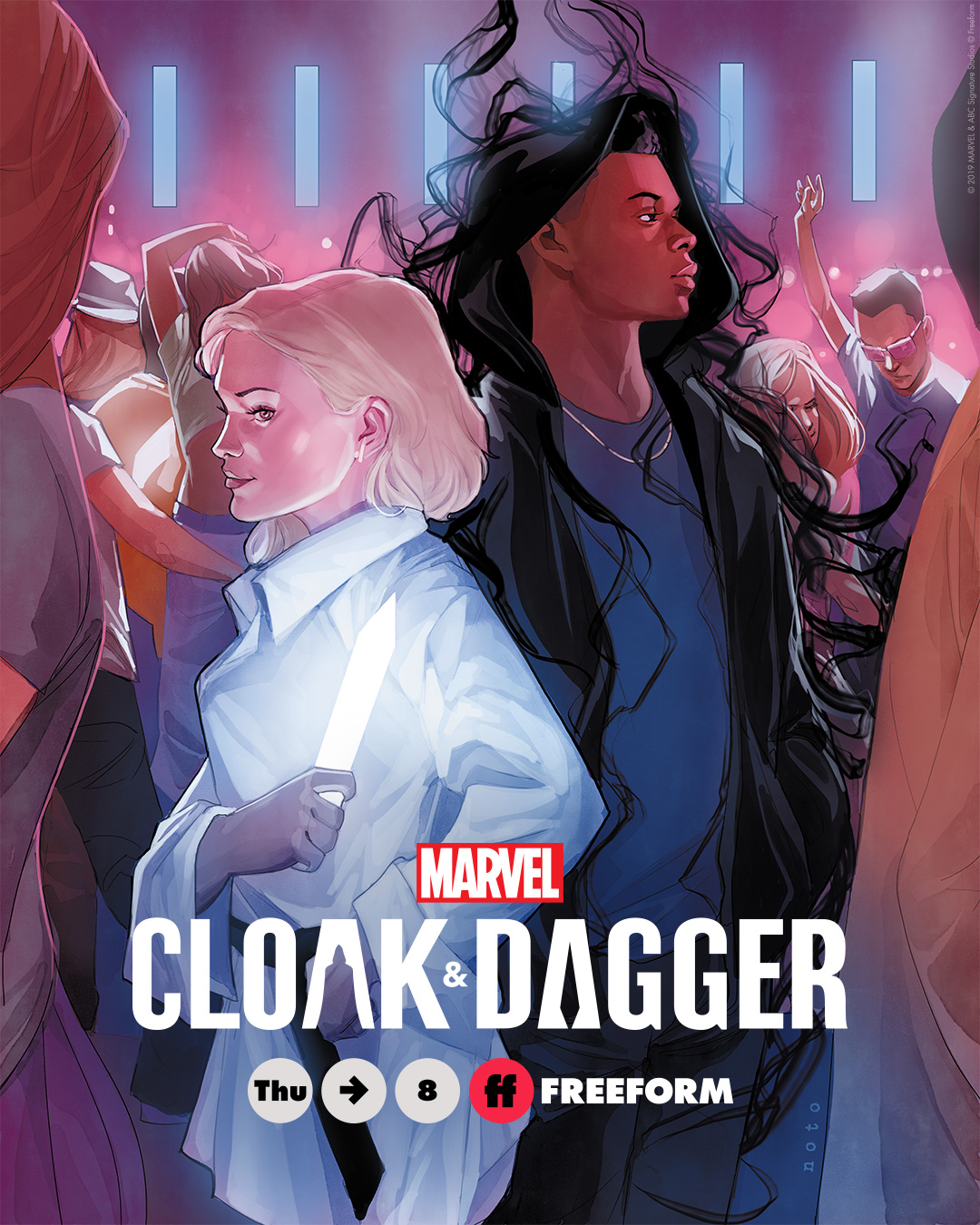 The artwork shows us a more confident pair than we’re using to seeing from the New Orleans teens as Tandy and Tyrone grow into their powers–and friendship. Tyrone in particular is mastering the darkness within, including teleportation, and we might see his abilities evolve even more in the new season. (Check out Nerdist’s set visit for more hints of what’s to come.) 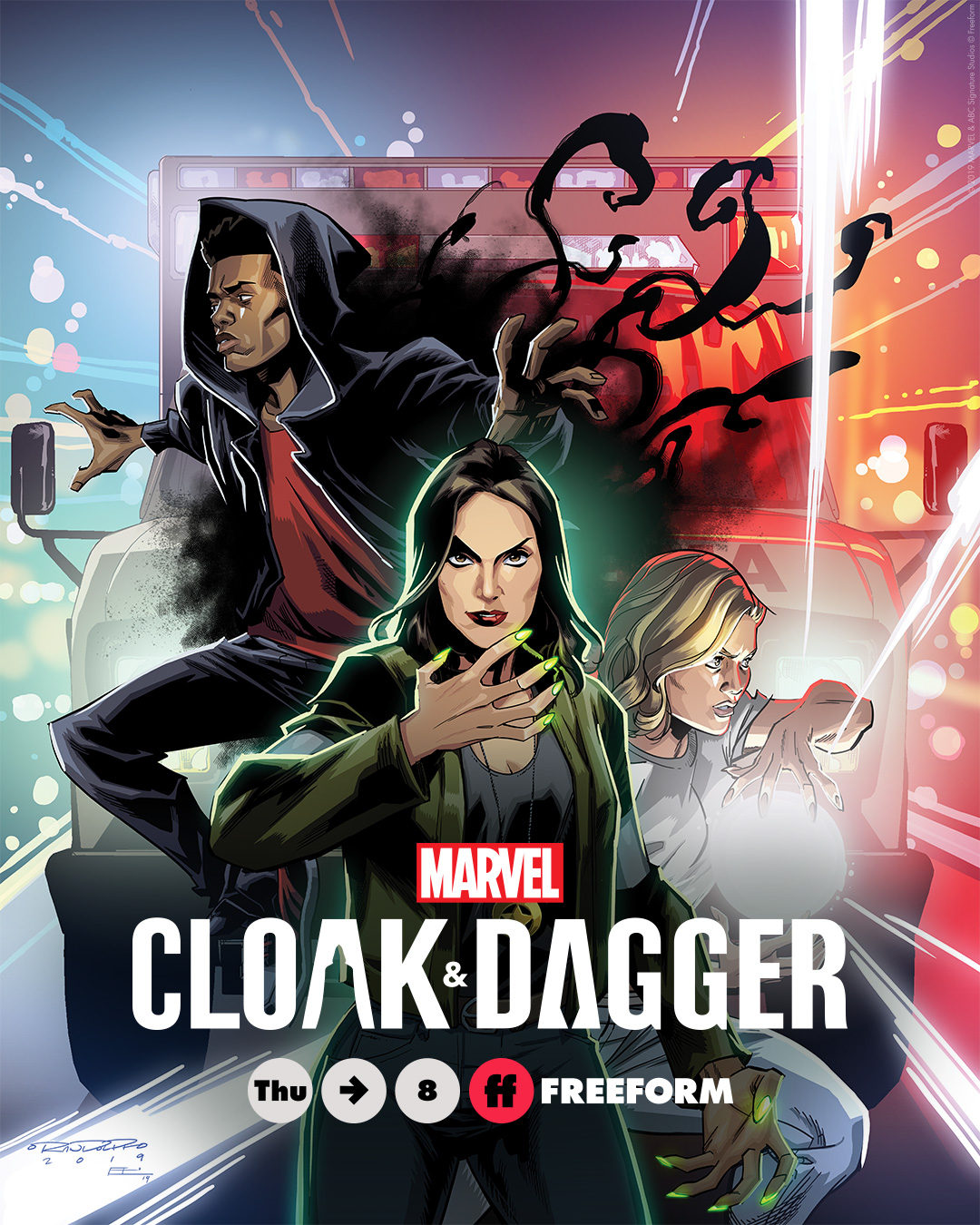 The second piece of exclusive art comes from Khary Randolph, who’s illustrated titles like The Scarlet Spider, Amazing Spider-Man, Iron Fist, and more for Marvel, and colorist Emilio Lopez. The artwork highlights a menacing character who appears to be the season’s main adversary, a changed Detective Brigid O’Reilly. Her glowing nails in the striking illustration above indicates that the changes include new powers along with a new attitude, and we can’t wait to see what happens when she, Tandy, and Tyrone cross paths in the new season.

Premiering on Thursday, April 4th, at 8/7c with a two-hour episode, season two of Marvel’s Cloak & Dagger turns the heat up on our young heroes as Tyrone (Aubrey Joseph) and Tandy (Olivia Holt) try to find their place as more active heroes in this world. As they learn and grow emotionally, so will their skills. In season one, we saw Tandy and Ty dip their toes into the world of hopes and fears; this season, they will dive deeper into this metaphysical pool. With enhanced powers and a decision to make about the type of heroes they want to be, they make the choice to run into danger, head first. They tackle a heartless vigilante and uncover an evil that’s been preying on the young women of the city, as the show takes on more serious topics like gang violence and human trafficking.

Tune in, and tell us what you think of the new season in the comments.