The Biggest Pop Culture Influences on the MCU - Nerdist

The Biggest Pop Culture Influences on the MCU

Recently, Ben Affleck called Marvel Studios’ Kevin Feige “the most successful producer who ever lived.” While we don’t know if that accolade will stick forever, you can see where Batman is coming from here. Feige’s Marvel Cinematic Universe opened 23 movies to #1 at the box office, and in 12 years they earned $22 billion dollars total. Ultimately, the MCU changed the moviegoing landscape forever.

But just how did Feige do it? Obviously, he had 80 years of amazing comics to draw from, “remixed” brilliantly. But it’s not just comics Feige draws from. He’s influenced by all the best pop culture he consumed in his youth. And the fingerprints of many of those works are all over the MCU. Ever notice how similar The Karate Kid‘s Daniel LaRusso and his mom’s relationship is to Peter Parker and Aunt May in the MCU? 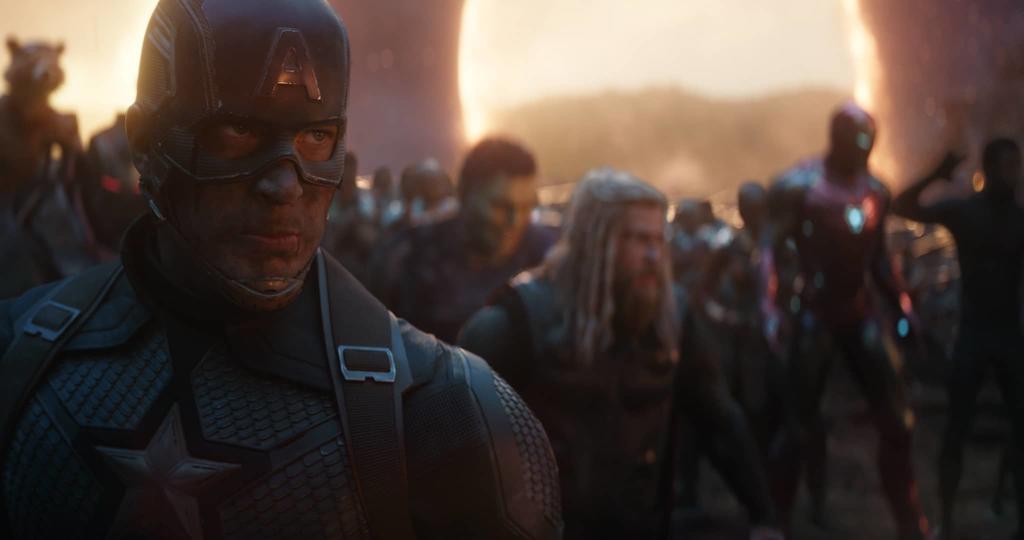 Some of the MCU’s influence are well documented, like The Manchurian Candidate and other ’70s thrillers re: Captain America: The Winter Soldier. Others are not mentioned quite as often. For the purposes of this article, we’re not counting name drops to other movies. (So no, Wizard of Oz references from Tony Stark and Pulp Fiction Easter eggs don’t count.) We’re talking about actual storytelling beats here folks. And it all begins with the the hero from Marvel’s primary superheroic competition… 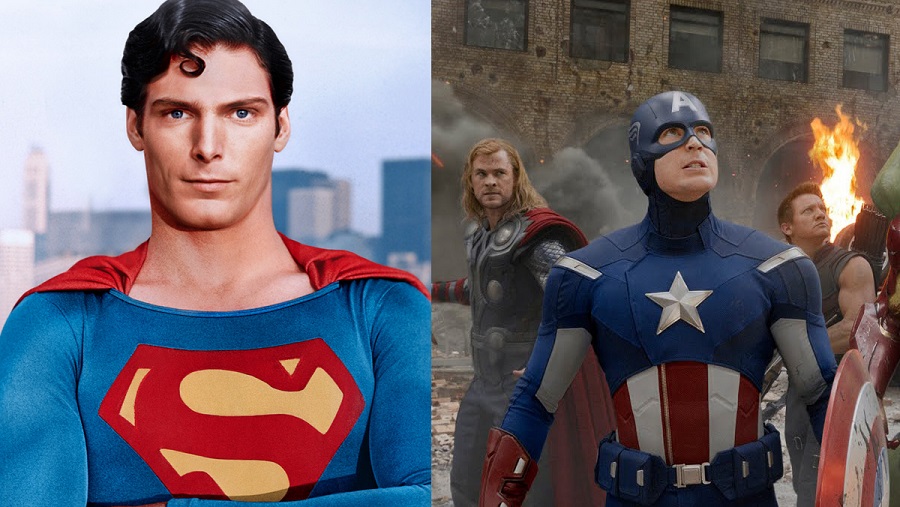 Richard Donner’s Superman: The Movie was the first comic book movie blockbuster. And Kevin Feige is well aware that, in many ways, it’s still the template for how to make an amazing superhero movie. Feige has gone on record as saying that he and other Marvel Studios creators watch the film before each one of their movies goes into production. If you look at Superman carefully, you can see how it influenced the MCU in huge ways.

Donner’s film balanced a mythic, serious tone with knowing when to wink at the camera and have fun. It was also full of heart, and delivered on big comic book spectacle. The MCU follows in that tradition far more than those of Tim Burton or Christopher Nolan’s Batman films, or the camp spectacles of Joel Schumacher. Feige also borrowed Superman‘s decision to surround a young unknown star with veteran actors (see: Thor). Young Kevin Feige worked for Richard Donner (along with DC’s Geoff Johns) and clearly learned the lessons that Donner taught him well, and applied them to the MCU.

The Empire Strikes Back

Kevin Feige has gone on record as being a Star Wars kid through and through growing up. He even has an R2-D2 perched on his desk. And certainly there are tons of direct references to the Star Wars films in the MCU, like Spider-Man referring to “that really old movie” The Empire Strikes Back in Civil War. But one Empire reference stands above the others. Clearly, for a whole generation, the dark cliffhanger ending of Empire was a huge shock—an unexpected jolt which had audiences talking for years. One can see the influence of this on Avengers: Infinity War‘s ending.

When Thanos dusts half the universe in the original comics, “the snap” barely lasts a few issues, and is resolved rather quickly. After Avengers: Infinity War, the audience audibly gasped at the end. Could it really all end that way? Of course, most moviegoers over the age of ten knew that those dusted would come back somehow. Nevertheless, that massive cliffhanger rocked popular culture. And it made folks flock to Endgame in the kind of attendance numbers not seen since….well, since Return of the Jedi. Time is a flat circle.

There’s been lots of talk about how the MCU is unprecedented in the way it weaves movies and television together into one massive tapestry. The scale of it certainly is unprecedented; but avowed Star Trek fan Kevin Feige was clearly inspired by how producer Rick Berman and Paramount handled the Star Trek franchise in the ’90s. And no, where not just talking about all the Star Trek: The Next Generation and Voyager series finale beats in Endgame. (But yes, that too).

After the massive success of The Next Generation, the series’ cast transferred to the big screen. First with the movie Star Trek: Generations, and then First Contact and Insurrection. Meanwhile, the series Deep Space Nine and Voyager continued on TV. But the events of the movies affected the continuing television series and vice versa. It wasn’t quite the mega narrative the MCU is, of course. But the groundwork for how to accomplish this was all laid out in the 24th century. And clearly Kevin Feige took copious notes.

Raiders of the Lost Ark

While Star Wars gets the lion’s share of references in the MCU, there’s another Lucasfilm property that clearly influenced Feige. And that is Raiders of the Lost Ark. Captain America: The First Avenger is filled to the brim with the kind of 1940s matinee serial charms of Indiana Jones. The film’s director, Joe Johnston, even worked on Raiders as a visual effects artist. No doubt Feige was interested in Johnston because of his Raiders (and Rocketeer) résumé.

Some of the references to Raiders are obvious, such as Cap punching all those Nazis. Or the Red Skull talking about “the Führer looking for trinkets in the desert”—a direct allusion to Raiders‘ plot. But even more than those, the central concept of the film’s MacGuffin, the Tesseract, is very Raiders. Like the Ark of the Covenant, the Tesseract is something ancient and far too powerful for mortals to wield. Just as the Ark melted all those Nazis for daring to meddle, the Tesseract was too much power for a human like the Red Skull to contain. Red Skull didn’t literally melt away, but the idea (and visuals) are very similar.

Silence of the Lambs

Ever since Jonathan Demme’s 1991 thriller became a classic, the notion of the entrapped villain engaging in verbal repartee with the hero has become a movie staple. We’ve seen it play out in films like The Dark Knight, Star Trek into Darkness, and others. But the best play on this trope comes in Avengers. The specific scene is when Natasha Romanoff interrogates Loki, who is imprisoned aboard the S.H.I.E.L.D. helicarrier. They play a very “Clarice and Hannibal”-esque game of psychological cat and mouse, where Loki gets in her head. But the tables are turned when we learn that Natasha has actually been playing him all along. It’s a great scene, and maybe the best tribute to Silence we’ve seen in any modern film. Mainly for knowing when to flip the script.

Mary Shelly’s Frankenstein essentially created what we know of today as horror fiction, and inspired countless movies and TV shows. But in the 21st century, the most faithful adaptation of its themes is perhaps in Avengers: Age of Ultron. In the film, the Tony Stark is our Dr. Frankenstein, who believes that by creating Ultron he’s improving the world. But his creation hates its father, and wants to see him suffer before taking away everything he loves most. Similar to the Creature of the novel, Ultron wants a companion created for him, so as to not be alone in the world. This happens in the form of the android Vision. But just as in Bride of Frankenstein, the new creation rejects the old one.

It’ll be interesting to see how the next decade of the MCU will draw from the great pop culture of the past. WandaVision is already paying homage to multiple sources, from classic sitcoms to The Twilight Zone. The upcoming Falcon and the Winter Soldier already looks to have Lethal Weapon vibes. Eventually, we’ll probably get to the point where Marvel Studios starts referencing itself, much like Star Wars currently does. But Kevin Feige has managed to walk the fine line between homage and ripoff extremely well so far. So until something changes drastically, in Marvel Studios we trust.