The Timeline of the Tesseract in the Marvel Cinematic Universe - Nerdist

The Timeline of the Tesseract in the Marvel Cinematic Universe

Warning: Spoilers for the entire Marvel Cinematic Universe all the way through to Captain Marvel contained within

The original Macguffin of the Marvel Cinematic Universe is the Tesseract, which played a pivotal part in Captain America: The First Avenger, and Avengers. And now, a missing part of its history is revealed in Captain Marvel.

Of course, to trace the true history and timeline of the Tesseract, we have to go back to the very dawn of creation in the MCU. The Tesseract is the cube which houses the The Space Stone, which is one of the six fabled Infinity Stones, the only known remains of a singularity that predates the universe as we know it. By controlling space itself, it allows whoever possesses it to travel across the galaxy instantly, and is a source of nearly unlimited power.

At some point eons ago, the Space Stone was housed within the Tesseract, a cube-shaped object which can harness its energy. No one is sure who created this “cosmic cube,” or even exactly when. All that is known is that thousands of years ago, it came into the hands of the Asgardian civilization. The Tesseract was kept inside of Odin’s Vault, and for unknown reasons, it was eventually brought to Earth and left in Tønsberg, Norway, where it was guarded by devout human Asgardian worshipers. This occurred in 965 A.D.

We see the Asgardians on ancient Earth in the original Thor film during a flashback, and it could be assumed that they brought the Tesseract with them to this planet around this same time period. Why they would leave something of such incredible power behind on a primitive backwater world isn’t really addressed, but for some reason, they did. It’s possible they thought humans far too primitive to ever harness its energy, and no one would think to look for it on our crappy little mudball.

The next time we see the Tesseract chronologically is in Captain America: The First Avenger, during the 1942 opening sequence. In that film, we witness how the Tesseract was secured in ancient tomb, somewhere in Norway. It is then stolen by Johann Schmidt/the Red Skull, leader of HYDRA, who used the Tesseract to power enhanced weaponry in order to defeat the Allies during World War II. Captain America defeats The Red Skull  in 1945, at which point the Tesseract fell into Arctic waters, where it was recovered by inventor Howard Stark.

As we now know from viewing Captain Marvel, the Tessaract came into the possession of the United States Military, where an alien scientist named Mar-Vell, who was an undercover operative on Earth, was using the Tessaract to try to create a light speed engine, one which she could use to help Skrull refugees that her people, the Kree, had hunted to near extinction. She hid the cube in her cloaked space station orbiting the Earth. In 1995, the Tesseract was then secured by Carol Danvers, who left it in the care of SHIELD. Well actually, she left it in the care of an alien Flerken, who spit it up after consuming it, and then it was in the care of SHIELD. 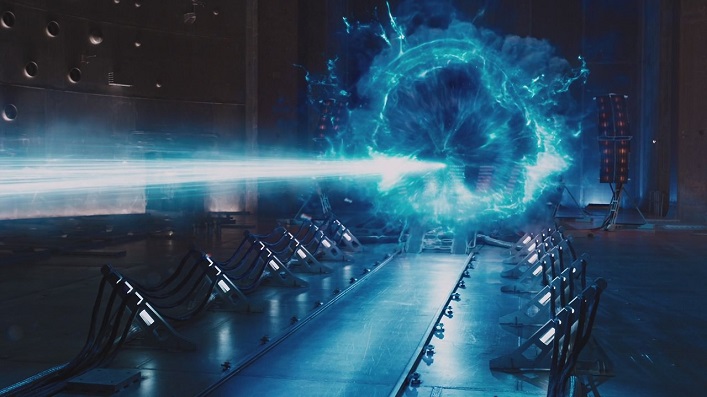 The Tessaract remained with SHIELD, lying mostly dormant for years, until it awoke again around the year 2012. The Asgardian prince Loki used it to get to Earth, where he stole it for himself. He then used the Tesseract to open a wormhole that allowed the warrior species the Chitauri to invade New York City and conquer the Earth for him. He would later deliver the Tesseract to his master, Thanos. 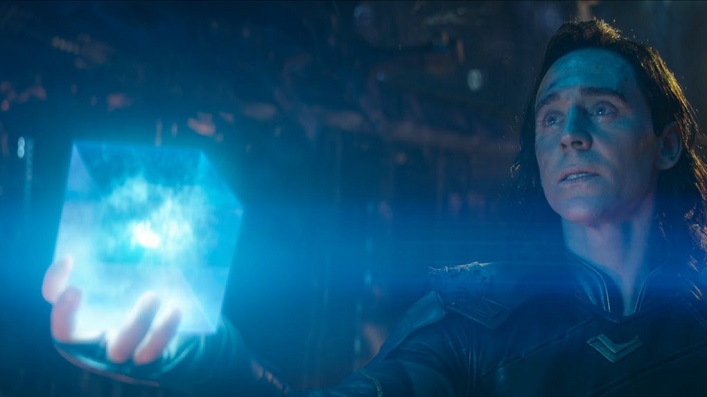 Following the Battle of New York, Thor took the Tesseract and Loki back with him to Asgard, where the cube went back into Odin’s vault. This brings us to Thor: Ragnarok. Right before Asgard is destroyed, Hela noticed the Tesseract in the vault, and later so did Loki, who stole it once again. When Thanos destroyed an Asgardian refugee ship carrying Loki in the beginning of Avengers: Infinity War, he managed to get the Tesseract from him, and then he crushed it to retrieve the Space Stone inside it. He inserted the stone into his Infinity Gauntlet, and I think you know the rest.