A Brief History of Tønsberg from WHAT IF…?

The first episode of Marvel’s What If…? on Disney+ introduced us to the radical universe where a moment of kindness from Peggy Carter changed the course of time and space. In that world Peggy became Captain Carter and Steve Rogers never took on the mantle of Captain America. But while the premiere brought a ton of new stuff to the MCU it also prominently featured one of the Marvel Cinematic Universe’s most important locations. And unless you’ve really been paying attention you might not have realized it.

In What If…? episode one, our heroes head to Tønsberg, Norway to stop the Red Skull. The nefarious villain is there to locate the Tesseract and he finds it. Eagle-eyed fans might have realized this is a near direct recreation of the scene from Captain America: The First Avenger. But Tønsberg’s relevance in the MCU goes even deeper. In our world, Tønsberg is a Norwegian municipality with deep connections to Viking history. But in the MCU it’s been the site of some of the most important battles and discoveries dating back to the very first phase of the franchise. So let’s dig into when and where you’ve seen Tønsberg before.

Remember that epic flashback in Thor? The one which showed Odin in 965 AD waging war against the Frost Giants? Well, guess where that was set? It was, of course, Tønsberg. This is the first time in MCU history that we see the Norwegian locale. And why was Odin there? To stop the Frost Giants from taking over Midgard. It ends with Odin seizing the source of their power, which—although we didn’t know it at the time—was the Space Stone/Tesseract, which from here on out is an artifact with deep connections to Tønsberg.

Speaking of the Tesseract, we returned to Tønsberg in this classic. Just like in this week’s episode of What If…?, the Nazis headed to the town in order to hunt down the Tesseract. Red Skull is successful in his quest locating the Cosmic Cube in an abandoned church. There it’s hidden behind a carving of a serpent. In What If…?, however, it’s found behind a carving of what looks like Shuma-Gorath. It’s revealed that Odin left it on Earth, hidden in this Tønsberg church. And seeing who found it, that really seems like a terrible idea when it could have been in Asgard the whole time.

The most recent time we saw Tønsberg prior to What If…? was in the epic conclusion of the Infinity Saga. With Asgard destroyed during the events of Thor: Ragnarok, King Valkyrie is now ruling over New Asgard. And where did they decide to settle? Where else but Tønsberg? This is where we met Thor and Korg living their best/worst gamer lives. Nowadays, it looks like an unassuming fishing village. But with the magical Asgardians living there and its deeply mystical history, we expect the town to play even more of a key role going forward. 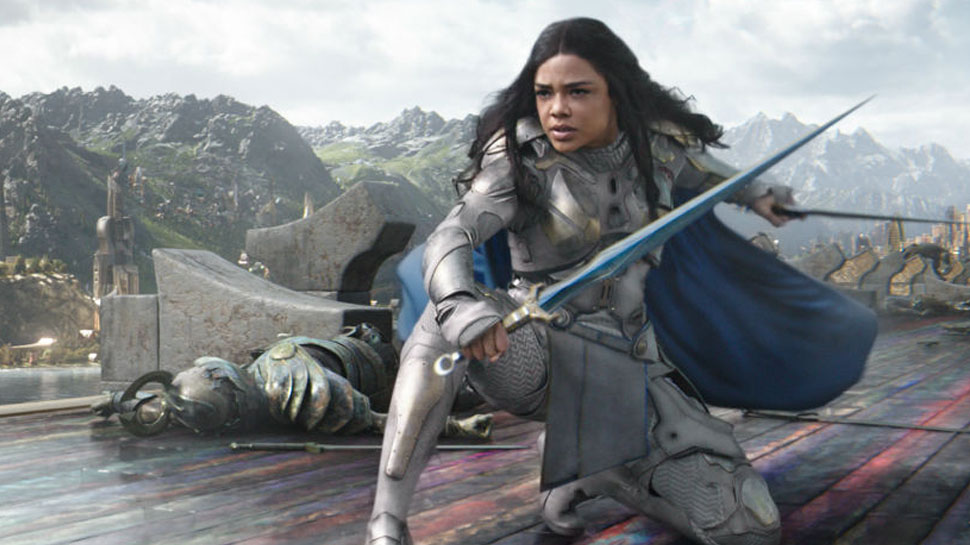 Seeing as King Valkyrie will be playing a large part in Thor: Love and Thunder, you can assume we’ll be returning to New Asgard. As we’ve shown throughout the piece, Tønsberg usually has a special significance. In Thor: Love and Thunder, that could just be the fact that the Asgardians are there. But seeing as it has played a huge part in their history too, there’s a chance it might once again become the nexus of a vital part of MCU history. Seeing as historically we know that important artifacts have been hidden in Tønsberg, perhaps we could see something similar occur again. Perhaps Jane is drawn there looking for Thor only to find him missing and Mjolnir in need of a new wielder…