What If WHAT IF...? Is Super Important to the MCU? - Nerdist

What If WHAT IF…? Is Super Important to the MCU?

The Marvel Cinematic Universe, for the most part, loves to build on itself. Even if it takes years, they make sure every single entry in the official canon matters in some way. Hell, people generally wrote off Thor: The Dark World, but it ended up playing a pivotal part in both Avengers: Endgame and Loki. But the final episode of Loki now leaves us in a place where everything may be different. And another show that seemed like a fun diversion could be where Marvel explores the most interesting possibilities.

Yes, I’m speaking vaguely! It’s spoiler time! If you haven’t seen the finale of Loki, please halt until you watch.

And here we go!

The climactic moment of Loki‘s finale finds Sylvie tossing Loki through a Tempad door and stabbing He Who Remains with her sword, killing him and bringing about multiversageddon. Timelines keep branching endlessly; realities spike. The evil (or more evil) versions of HWR have taken over, and Loki finds himself in an alternate version of the TVA where Mobius doesn’t know him. (Hold for sobbing.) 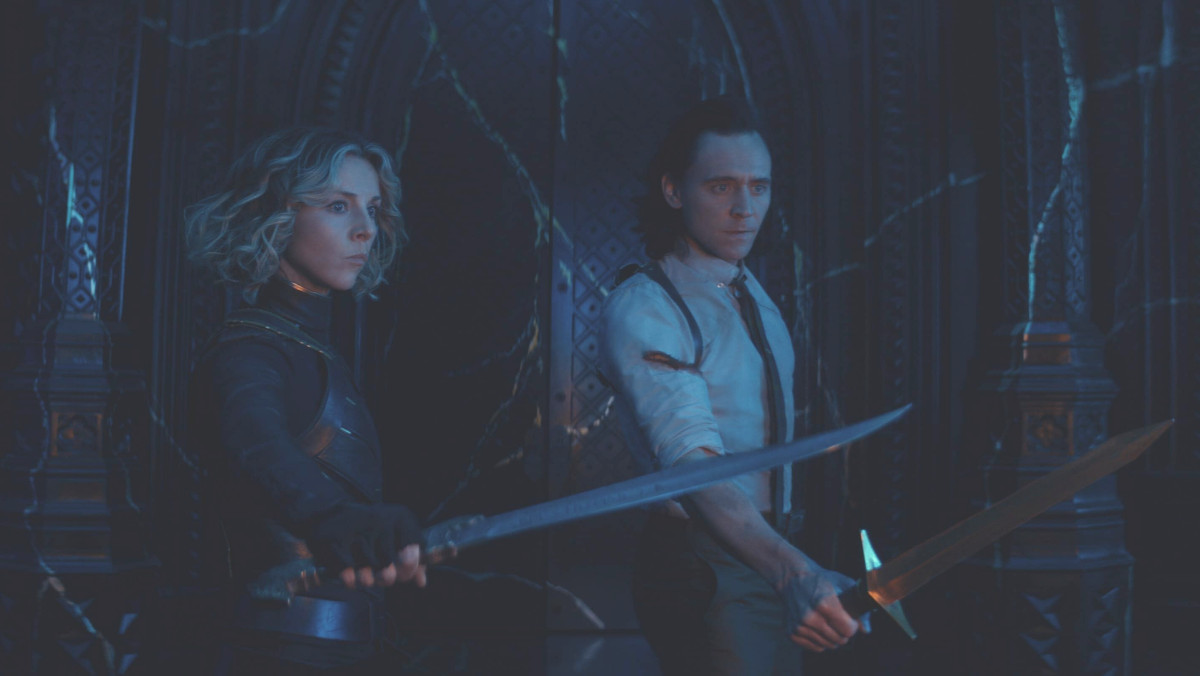 While this will obviously make for some awesome season two action for Loki, the implications going forward are enormous. We know one of the variants of HWR is Kang the Conqueror, because Marvel had already announced that Jonathan Majors would play Kang in Ant-Man and the Wasp: Quantumania due out in 2023. But what else has changed? What other fractured versions of reality will we see in the movies and TV shows in the MCU? 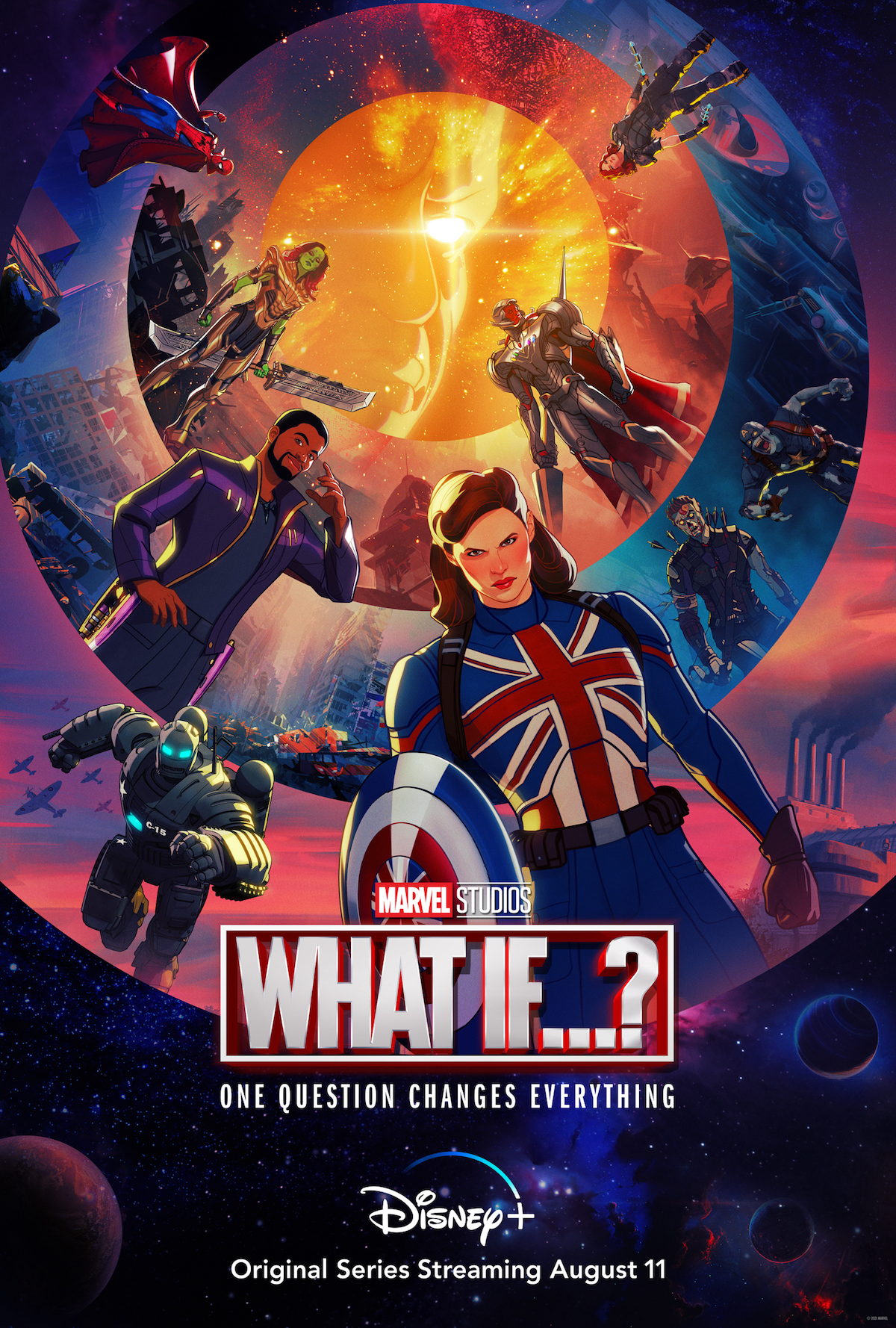 Well, not for nothing, but the little animated series coming our way might be our first taste. What If…? will find Jeffrey Wright’s Uatu the Watcher walking us through fun mix-’em-ups of our favorite MCU stories. What if Peggy Carter was a supersoldier? What if T’Challa became Star-Lord instead of Black Panther? What if Bucky Barnes had to fight…zombies, I guess? Just like the comic book series from which the series derives, these are clearly alternative history versions of the Marvel Cinematic Universe. 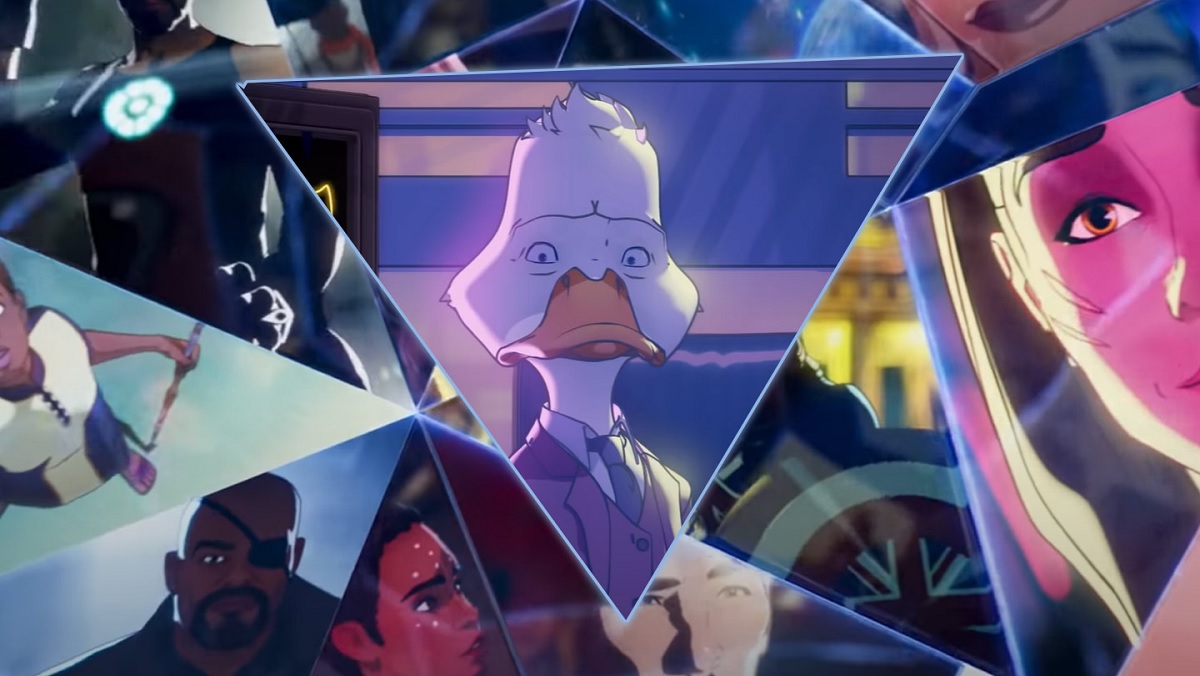 But what if What If…? isn’t merely showing us fun musings? What if What If…? will show us now-canonical versions of events that exist because of Sylvie killing He Who Until Recently Remained? Obviously none of these will rewrite the entire MCU as we’ve seen thus far, but with so many branching timelines—the Sacred of which now destroyed—there is a whole host of bizarre and outlandish remixes to see. It’s not as crazy as it might sound; Tom Hiddleston himself even said as much, as ScreenRant reports.

You might even say there’s…a Multiverse of Madness, eh? Which brings us to perhaps the more pressing point: what impact will these branched timelines have on the movies? Well, obviously they aren’t going to unwrite everything we’ve seen before. Endgame already established things that have happened always happened. But what we might get now are movies that tweak existing canon in various ways. I do still think we’re going to see the main MCU movies within the Prime timeline we’ve come to know and love, but things can be a bit different. 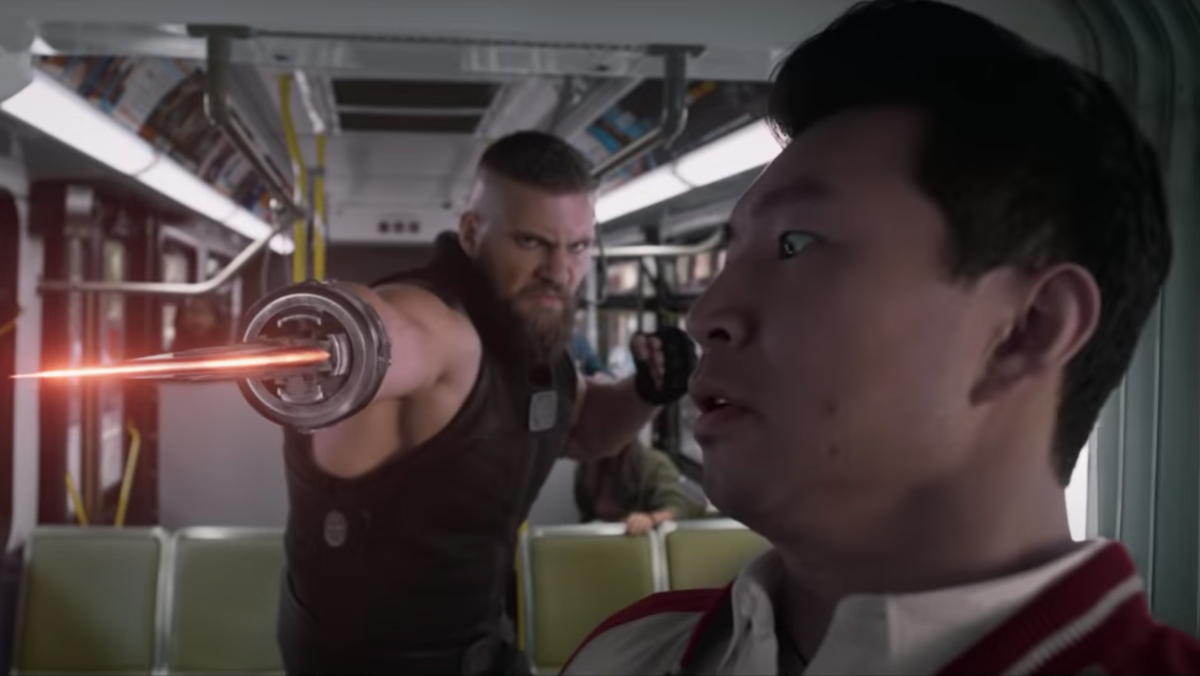 For instance, Shang-Chi and the Legend of the Ten Rings sure looks like it’s going to change the Mandarin as we’ve seen him in Iron Man 3. Granted, they’d teased a greater, “true” Mandarin, but now is a good time to give us a clean break from the Trevor Slattery of it all.

Eternals will be interesting because, as we’ve already seen in the trailer, they will comment on the events of the MCU’s first 22 movies, having observed from afar. It’s possible they could talk about these moments slightly differently than we’ve seen them, alluding to the shift in realities.

But while those two movies could include these variations, what really has us excited is the following set of movies. The speculation surrounding Spider-Man: No Way Home and possible Spider-Verse-crossing variants of Spidey has brewed for a very long time. The Loki finale all but solidifies that we’ll see Tobey Maguire and Andrew Garfield, along with Alfred Molina’s Doc Ock. 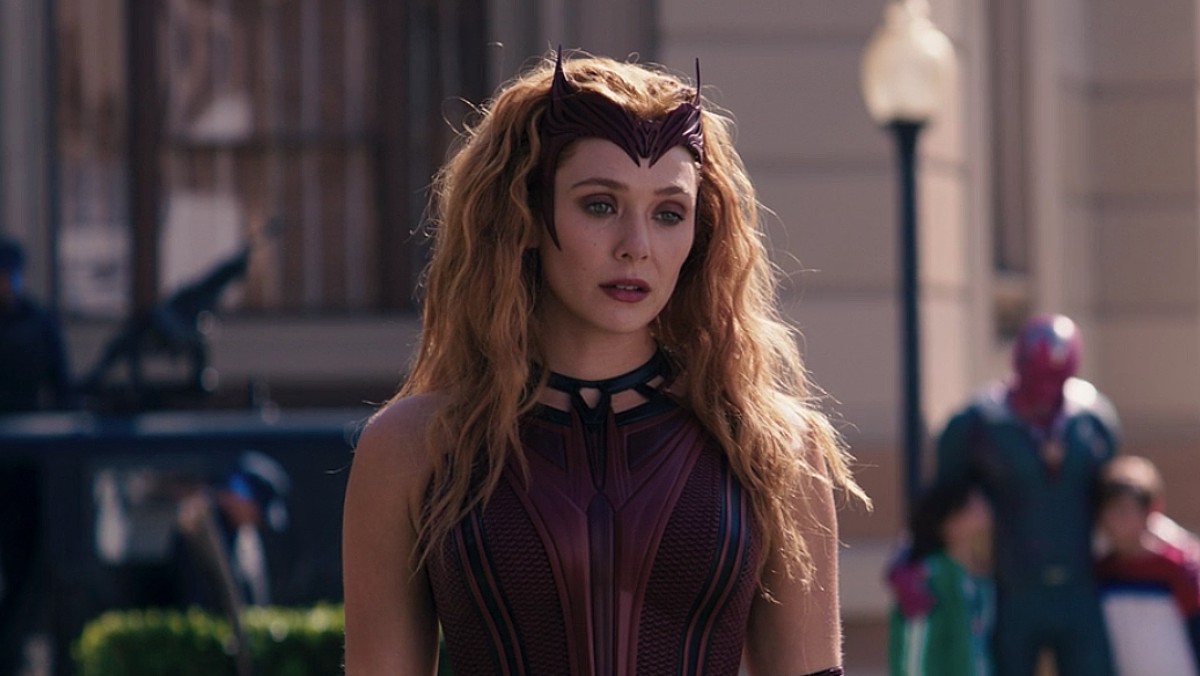 Doctor Strange in the Multiverse of Madness is what’s really going to make our heads explode. With Sam Raimi directing, Elizabeth Olsen’s Wanda Maximoff playing with dark Chaos magic, and Stephen Strange himself back in the saddle as Sorcerer Supreme, it’s going to be a scary and potentially universe-realigning movie.

Which brings us to Thor: Love and Thunder, which we think could have some interesting connotations. Obviously, Thor’s brother is the reason for the everything. But in the comics, Thor and Jane Foster have a history with He Who Remains and messing with timelines. And even Black Panther: Wakanda Forever could easily use the multiversal shift to explain why T’Challa isn’t Black Panther without having to do the rough work of explaining Chadwick Boseman’s tragic death. 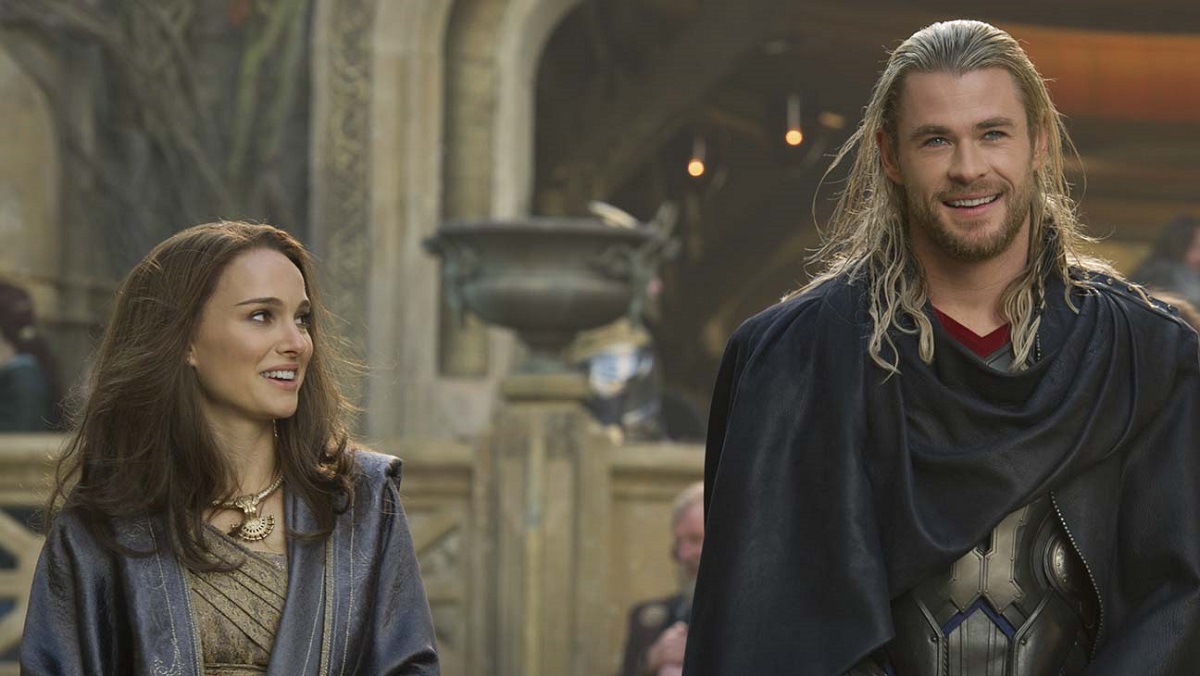 The TV universe will be interesting too, with Ms. Marvel and Hawkeye both scheduled to debut sometime later this year. It’s all up the air, and all to play for now. This whole Loki thing has blown the MCU wide open!

TAGGED: Quantumania, Loki, Marvel, What if, Kang the conqueror